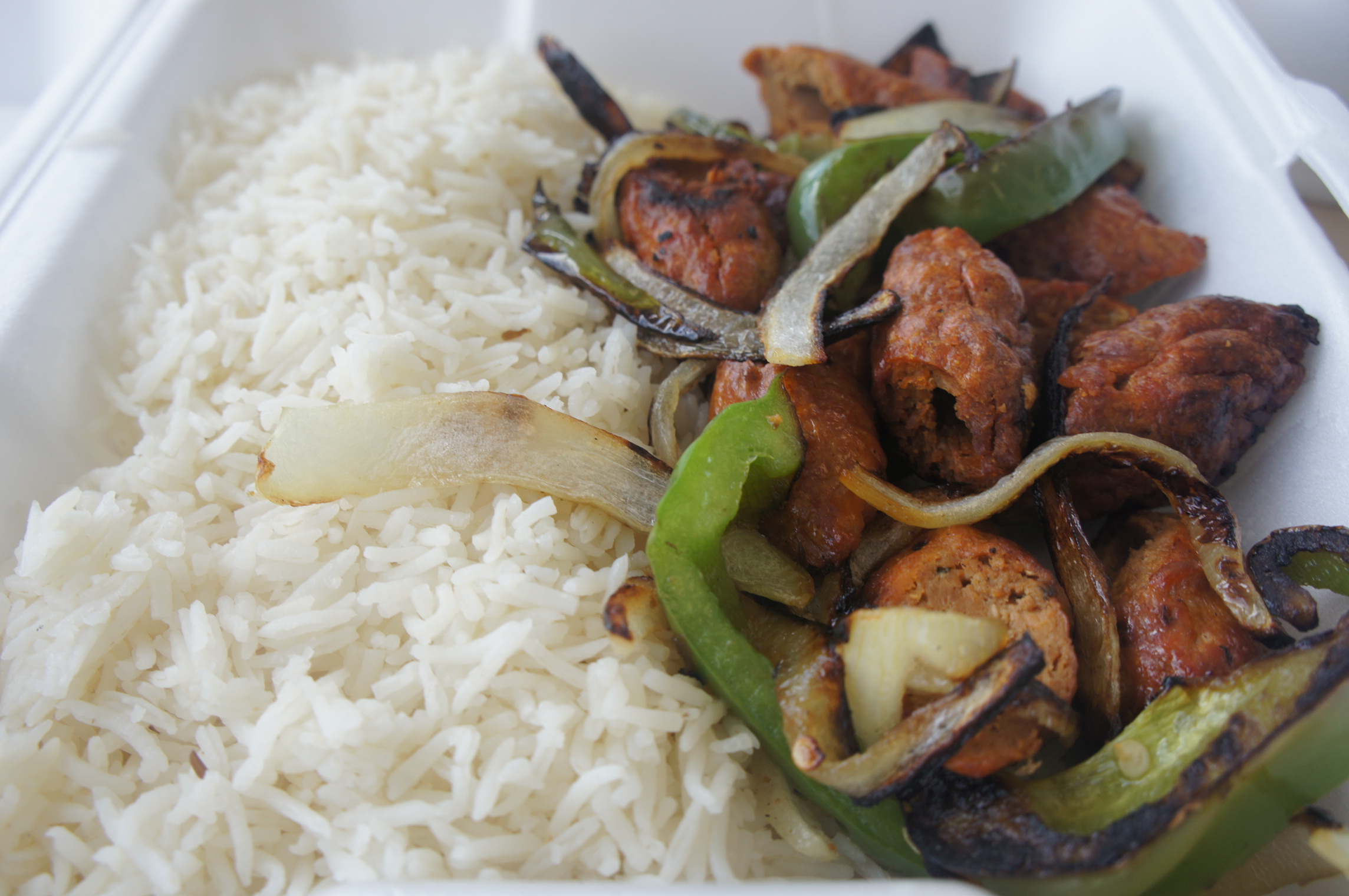 With the departure of Anmol Indian Cuisine due to the destruction of the UC-17 plaza by UCF, the Indian food scene in East Orlando had quite the huge void left, one that ultimately could not be filled by Mughal Indian on Semoran by University.

Kurry & Kabab Express is a small outpost of Indian cuisine that will satisfy your cravings for curry without setting off for the International Drive and Orange Blossom Trail Indian-food meccas in Orlando.

The location struck me as very hole in the wall-y with sparing decor of Bollywood film posters and a few, slightly stick tables and chairs and a buffet cart near the front. A large trash can is unappetizingly located right next to said cart – and I really wish they would move it further away from the food area.

On a recent visit for lunch, I had their lunch special that comes with two items.

I ordered the chicken tikka masala with dal lentils with basmati rice and naan bread.

I found the pillowy white basmati rice, sometimes a bit too dry, sometimes fragrant and soft. The chicken tikka masala was good, but I wish there was more spice to it or something to make the flavors jump more and maybe make it a little creamier.

The naan was very delicious and went well with everything as I tore and dipped into my curries.

On another occasion, I had the lamb kofta special with was delightfully tasty, but I found it a tad too dry and ultimately a little too pricey for what came with the meal.

I would probably return to try more and maybe ask for a spice rack on the side to adjust to my liking.

The lunch specials serving buffet cart, though this is not a buffet

Tamarind and another sauce