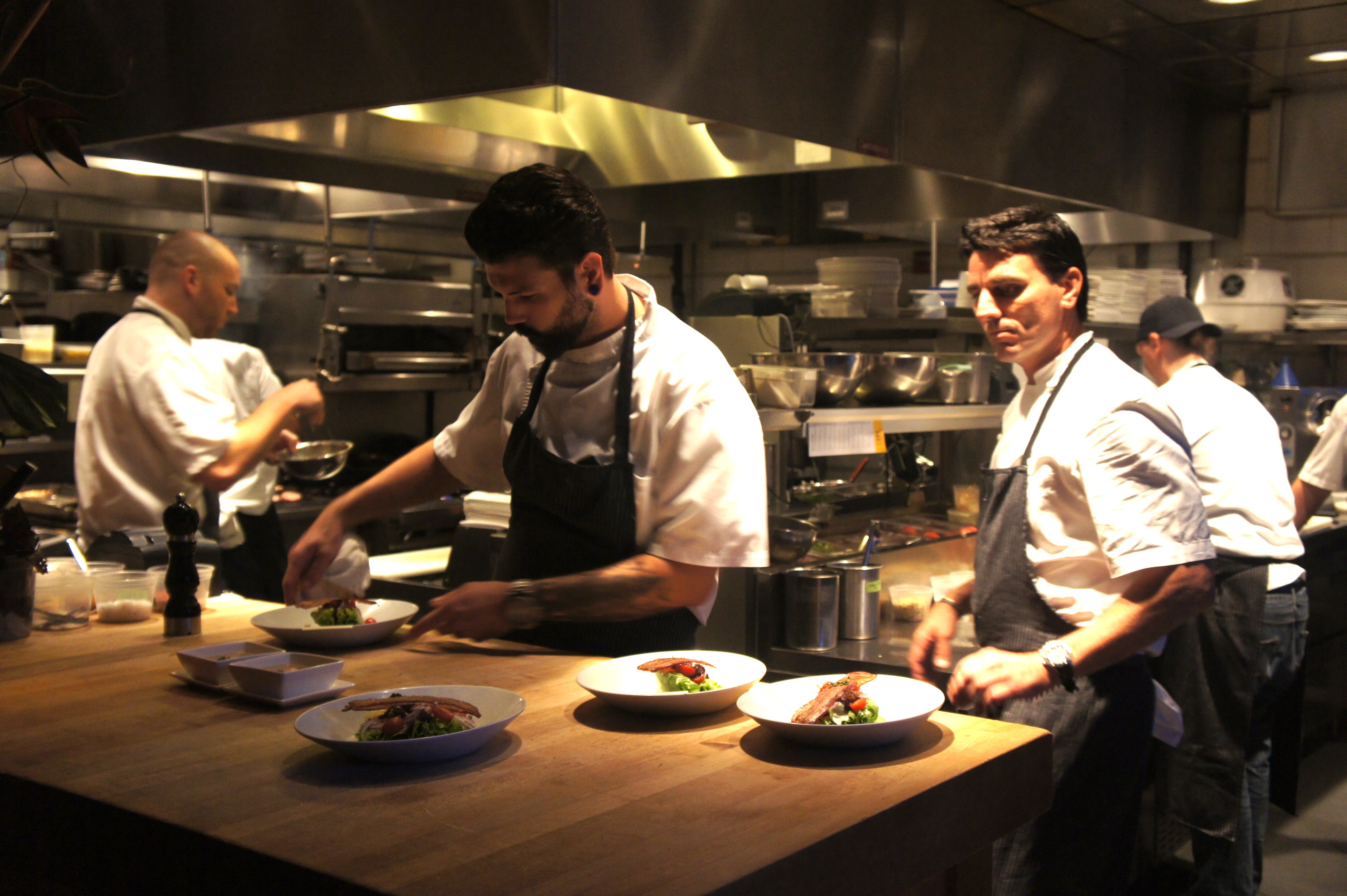 I recently had the opportunity to preview one of Magical Dining Prefixe menus at one the restaurants participating this year, Luma On Park. 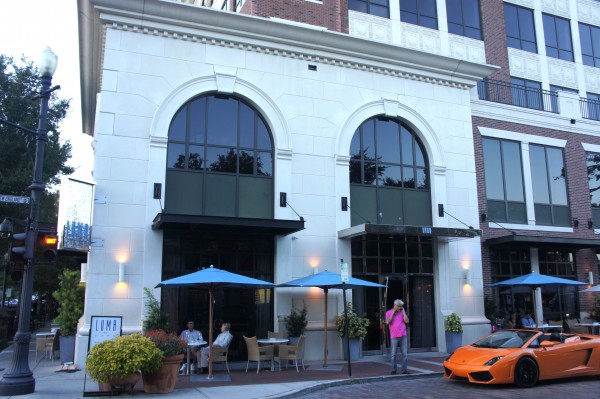 Recently, Luma on Park and Prato – both on Winter Park’s Park Avenue – were the sighting of a few celebrities in the culinary world. James Beard Award nominated Executive Chef Brandon McGlamery, along with Luma’s Chef de Cuisine Derek Perez, Prato’s Chef di Cucina Matthew Cargo, and team were invited to cook specially for a private dinner with guests including Daniel Boulud and Paul Bocuse – who were both in town for a charity event. Instagram photos ensued…

Some people might think that the new trend these days is to have all the up and coming chefs decked out in tattoos all over their arms…but many people probably don’t realize that Chef Paul Bocuse – arguably the first “celebrity chef,” whose namesake Bocuse D’or competition is the “Olympics” of the culinary world – was also one of the first chefs to sport a tattoo on his arm.

The tattoo is of a Gallic Cock, the official emblem of the Traditions et Qualité Association – Les Grandes Tables du Monde – where Chef Bocuse is a member- represents French cooking and traditions. Chef Bocuse had it done in the 1960s, over 40 years ago. 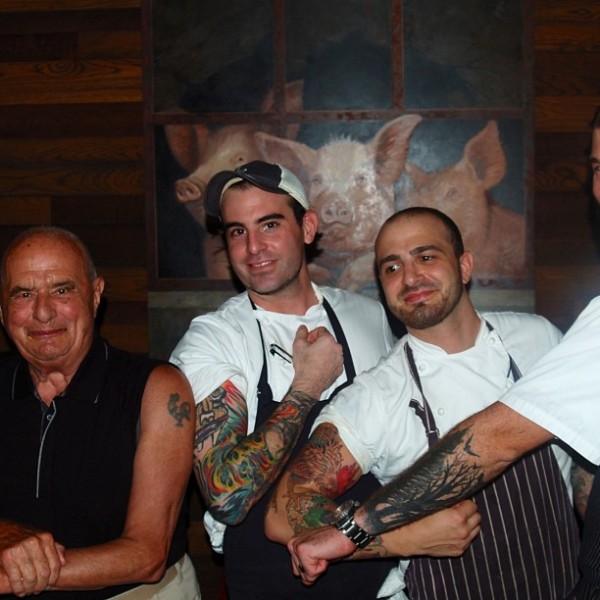 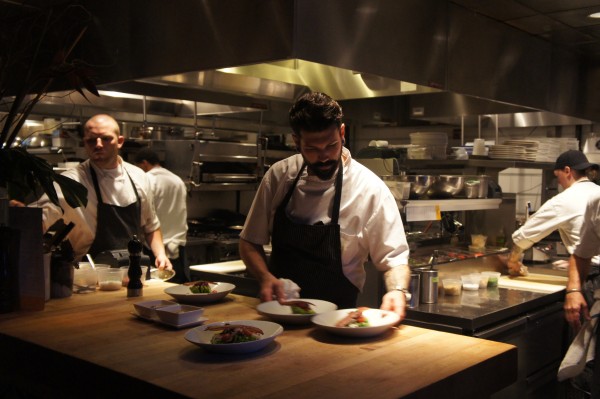 Now, on to the menu at Luma – they actually offer their own prix fixe menu here weekly on Sunday, Monday, and Tuesday evenings for $35, but the Magical Dining Menu will be available every night all September for $33.

$1 from each meal will go to the Ronald McDonald House charity. 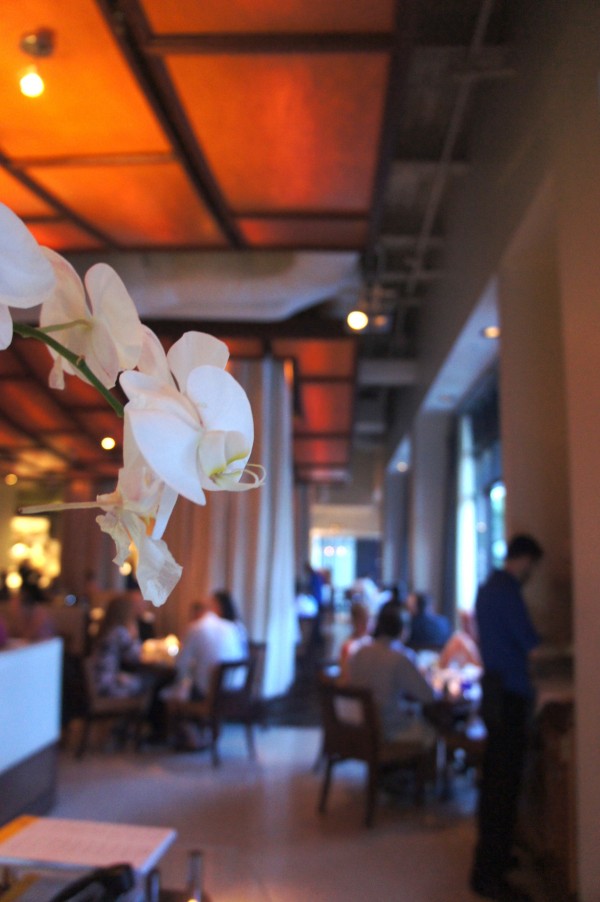 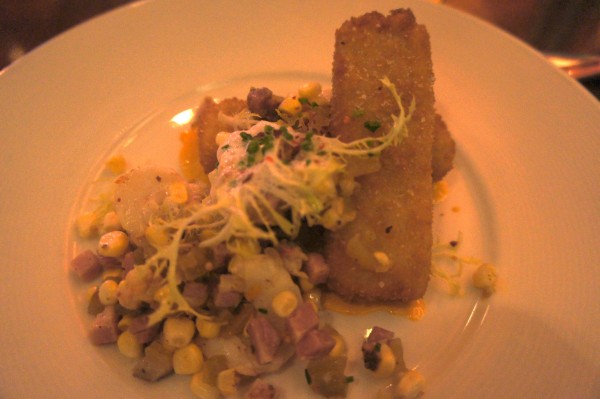 My entree was the Pompano Beach Swordfish (the fish changes depending on availability and seasonality) topped on forbidden black rice, anson mills red sea peas, serrano butter sauce and pickled sweet peppers. The swordfish was cooked to perfection – I’ve had experiences where it had been slightly dry in the past at other restaurants and this was the first time I could remember and savor the delicious taste and texture of the swordfish. Chef Derek Perez and team really know what they’re doing in the kitchen with seafood. 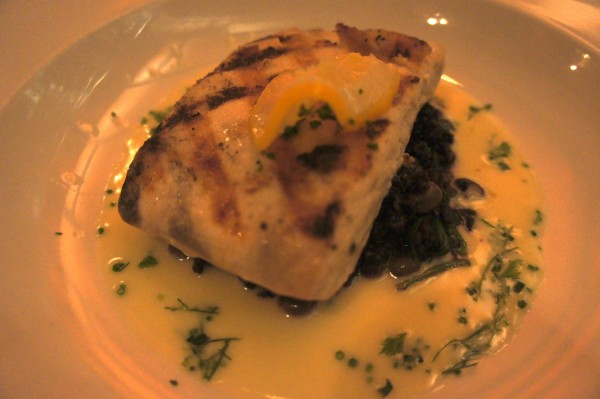 For dessert, I had Pastry Chef Brian Cernell’s Malted chocolate sponge cake with peanut caramel, milk chocolate cremosa, and maldon salt – very good and rich…just a great and sweet way to end the meal and all three courses for just $33. 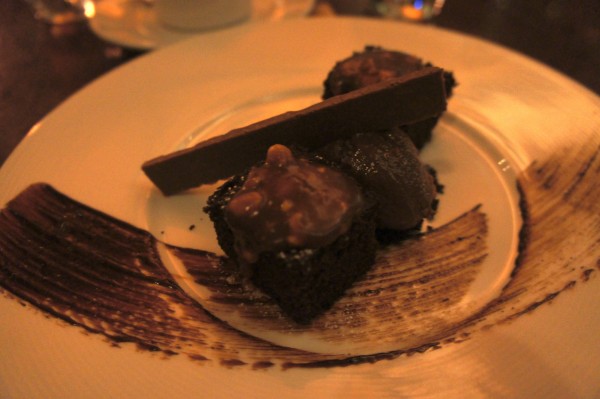 On my way out, I had a celebrity sighting of my own at Luma, catching up with former Florida Governor and US Senator Bob Graham on his way out from an “absolutely delicious meal at Luma” – he happily obliged a photo request, taken by a staffer from his daughter Gwen Graham‘s upcoming congressional campaign. 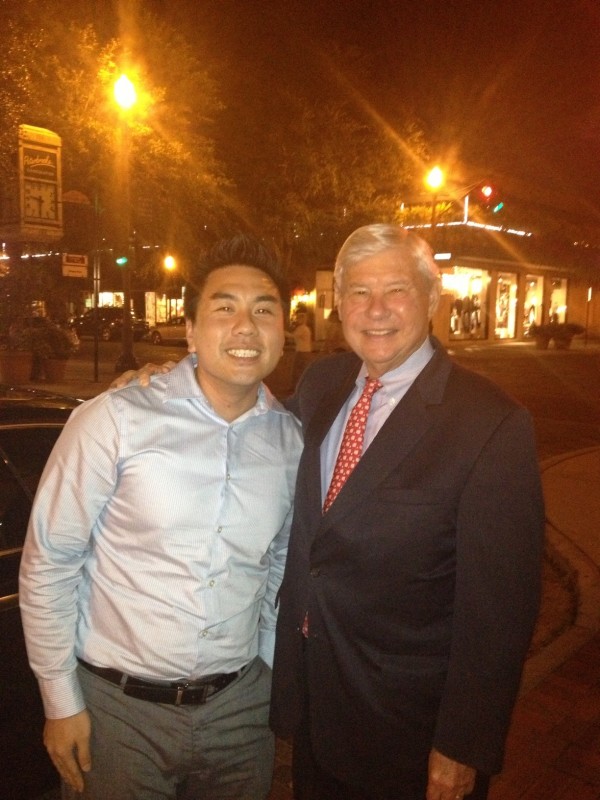 With Former Florida Governor and US Senator Bob Graham

Returning in its eighth year, Visit Orlando’s Magical Dining Month features more than 60 restaurants and several packages pairing dinner for two with a one-night hotel stay. Diners can find a full list of restaurants and hotel packages on the mobile-friendly website OrlandoMagicalDining.com.

Visit Orlando is also giving visitors a way to extend the savings and the fun with new Magical Nights packages, including:

For more information about vacation experiences in Orlando, to order a complimentary vacation planning kit that includes a comprehensive Official Visitors Guide and Orlando Magicard® or to purchase discount attraction tickets, visitors can log onto Orlando’s official website at VisitOrlando.com or call an Official Travel Counselor at 1-800-551-0181 (United States and Canada) or 407-363-5872. For real time updates, follow us at Twitter.com/VisitOrlando and Facebook.com/VisitOrlando.