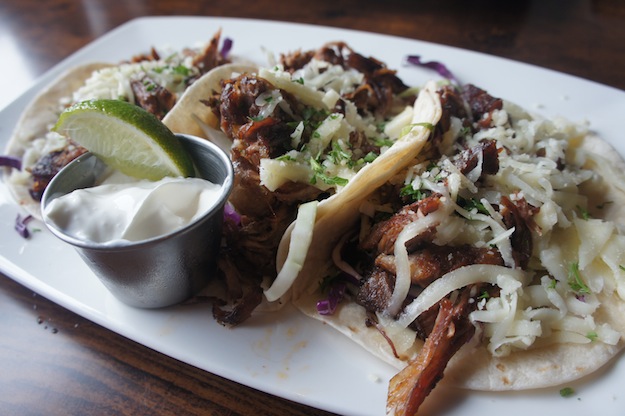 UY44GF9HS5JH
I visited Culpepper’s Orlando for lunch recently with a few friends. The restaurant, opened by arguably the most famous alumni to come out of the University of Central Florida’s football program – Daunte Culpepper – recently opened its doors just in time for fall semester and college football season. 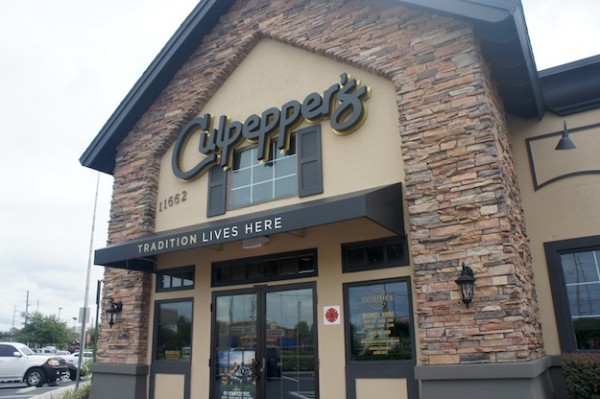 As a proud UCF alumni, I wanted to check the place out and support a fellow UCF Knight. I know Mr. Culpepper is probably a rookie when it comes to the restaurant industry, and I could tell from my first few visits that there was a lot that needed some polishing up – but overall, I came away thinking “not too bad.” Would this be good enough in the long run in a business that is notoriously difficult? 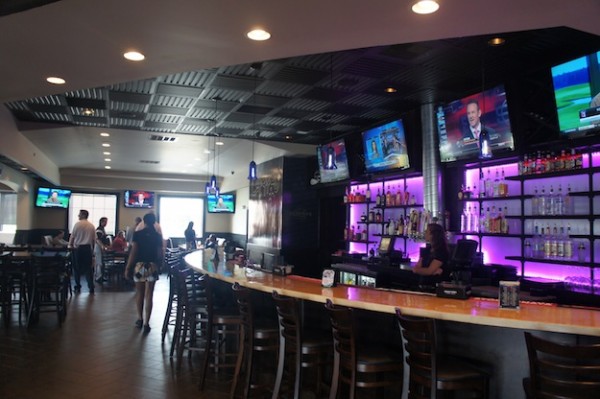 The location is on the busy University Boulevard corridor just at the gates of the UCF campus, and was once the location for a Chinese buffet and a long standing Perkins restaurant before that. The price point that does the best in this area is usually cheap due to the mix of lunch going professionals and college clientele – and it seems Culpepper’s is a few dollars above the norm in the area.

On my first visit, I had the Rotisserie style Half Chicken – lime crusted chicken served with a fire roasted corn salsa, bacon creamed corn, and mac and cheese. I really enjoyed the bacon creamed corn, full of tiny bits of tasty bacon and fresh corn, as well as the mac and cheese – very homey and comforting. The roasted chicken however was a bit dry and the skin was a bit under seasoned and a bit disappointing. My friend, however, enjoyed her blackened chicken angel hair pasta in a jerk spiced cream sauce. I thought it was good, too, but a bit too creamy for my tastes.

Service was okay during this visit, not very attentive, but our waitress did check up on us once or twice.

On a second visit, service was much better and our waitress this time was very attentive and accommodating, checking up often, overall a great improvement from the last visit. 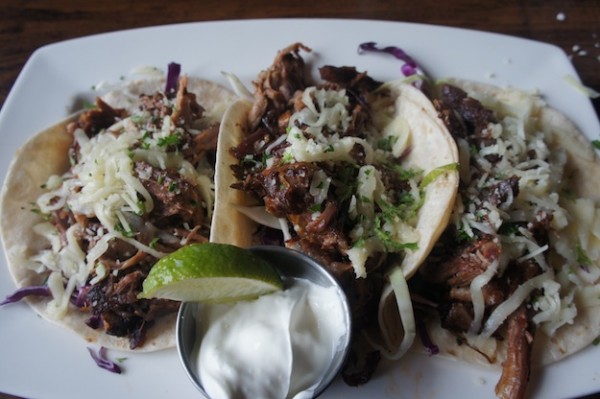 This time, I tried the short rib tacos, three tacos of beef short rib with cabbage and havarti cheese stuffed inside a tortilla shell and served with a side of sour cream. I thought some salsa would have gone nicely instead of sour cream as the short ribs were pretty good but rather dry. I got some sweet chili sauce and that actually went very well with the short rib tacos and so I enjoyed it very much. 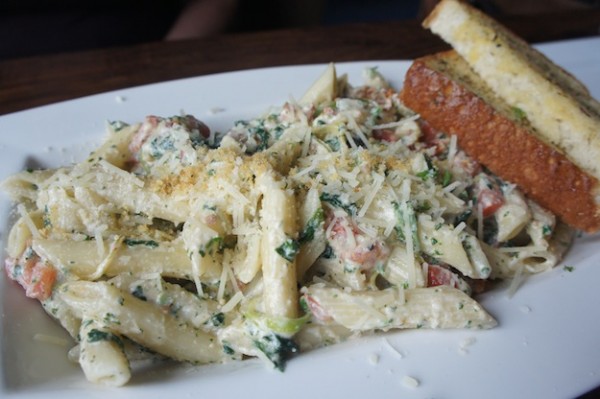 My friends on this occasion ordered a creamy spinach ricotta penne pasta with broccoli, leeks, sun-dried and dice tomatoes topped with shaved parmesan, which they liked.

So, overall, my experience was not too bad despite some missteps. The portions and prices could be cut down to be more affordable for guests, maybe they need to tighten up the menu choices as there seem to be too many things going on at once and not enough focus.

I would also suggest repainting the front doors as they seemed a little worn and chipped despite the huge makeover they had turning the place into a sports bar from a Chinese buffet.

I hope they figure this whole restaurant business thing out before it’s too late and improve. 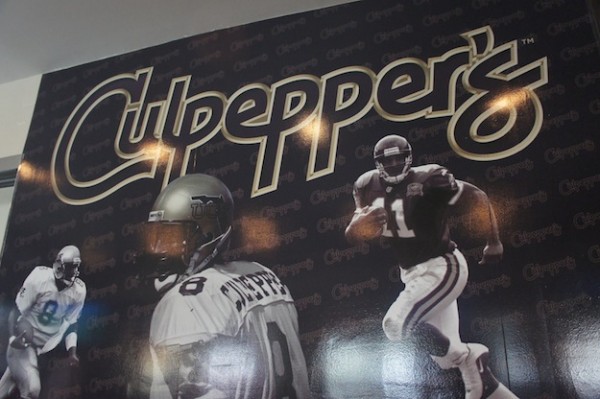