The top home cooks will be put through their paces in a series of challenges designed to test their palates, food knowledge, passion and culinary skills.

One of the chefs this season is none other than Orlandoan, Francis Biondi, a 25 year old server of Filipino-Italian descent. A St Pete native and graduate of FSU in International Business and Entrepreneurship, Francis is a server at Chef Kathleen Blake’s James Beard Award nominated Rusty Spoon restaurant in the heart of downtown Orlando.

On the season premiere, Francis’ signature dish that got him into the coveted apron (and a spot on the top 30 finals) was: Cornmeal crusted grouper cheeks on top of a Moroccan chickpea ragout topped with an avocado and cucumber relish with pickled red onion. The dish was a fusion on southern comfort with a spicy Moroccan staple. Mr. Biondi tells us he likes to elevate international comfort food  with a Mediterranean twist – harkening back to his multi-ethnic roots.

On the recent second episode, he received high praises for his short rib and lamb meatloaf stuffed with burrata cheese, laid in a romesco sauce with bok choy.

Gordon Ramsay advises him against stuffing the meatloaf with cheese, but it works!

Joe Bastianich even told the other contestants, “keep an eye on this one, guys,”  referring to Francis.

We definitely will keep an eye on Mr. Biondi and say to him – keep on making Orlando’s culinary scene proud, Francis!

TastyChomps.com got the chance to speak to Francis recently via e-mail about his experience on MasterChef and his inspiration and local Orlando favorites – 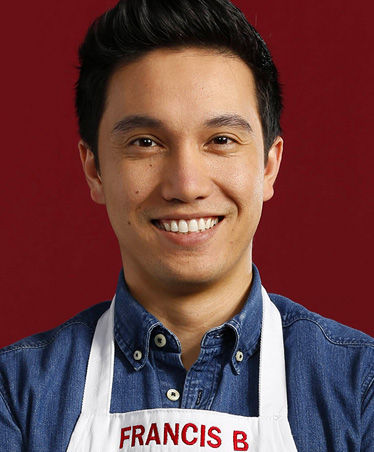 What was it like preparing your dish in front of the MasterChef judges?
It was a surreal experience being in the MasterChef kitchen. I prepared cornmeal crusted chickpeas over a Moroccan chickpea ragout with an avocado/cucumber relish. Preparing my dish with fellow contestants falling left and right was ridiculous!

What was your initial opinions of the three judges?
I knew they all would be critical to some degree. I respect the hell out of all three of them!

Was Gordon Ramsay as mean as he looks on TV?
Gordon is an amazing person. He gives you a firm handshake and looks you in the eye when he speaks and remembers even the smallest of details about you. He’s someone you don’t want to disappoint and will be very direct. He’s a gentleman and a scholar.

How did you prepare for your experience at MasterChef?
I started by brushing up on the basics. I watched all of Ramsay’s Home Cookery videos on YouTube and called my mom for tips. I bought a lot of cookbooks and just tried to prepare as much as I could.

Were you ever classically trained in cooking?
I am mainly self-taught. I just look up a video on what I want to learn. Cooking is learnt through practice.

Where did you work in Orlando and how long have you been here?
I was in Orlando training to play golf professionally and working part-time at a farm-to-table restaurant in downtown Orlando called The Rusty Spoon. I was there for about a year until I injured myself on a wineglass while at work. Because of that I couldn’t golf for almost 8 months so I had to pick up more shifts at work, and that’s when I got scouted for the show.

What are some of your favorite local eats in Orlando?
Txokos Basque Kitchen: this place pumps out traditional basque style food  (autonomous region in Northern Spain). Their food is always on point and it helps that the head chef and owner Chef Henry Saldago is a James Beard Semi-Finalist.

Cask & Larder: amazing southern/low-country food done by another James Beard nominee, known for their whole beast cookery. They brew their own beers too! I could go on and on. The food scene in Orlando is booming with the development of great local farms and amazing Florida seafood. It’s starting to become a sort of Chef incubator with award winning chefs developing young culinary minds. 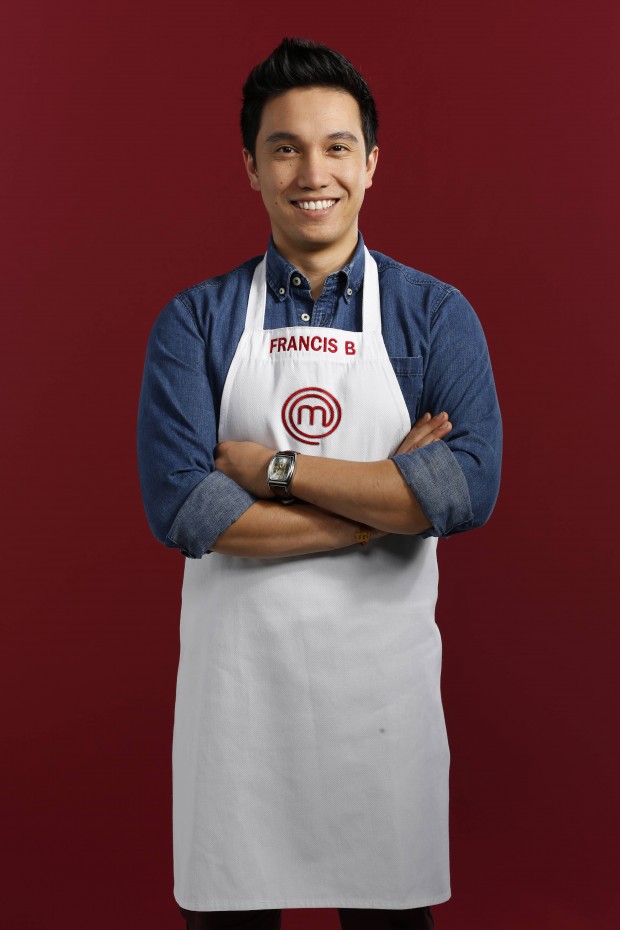 This season in MASTERCHEF’s biggest field challenge ever, the home cooks will work in teams to prepare a hearty meal for more than 500 hungry servicemen and women on an army base. Later, the hopefuls will hit the beach to prepare an unforgettable two-course dinner for a summer wedding, visit a local diner to prepare American classics, cook a romantic dinner for 14 couples, serve game-day favorites for hungry football fans and take command of a legendary Hollywood restaurant. With each new challenge, the pressure will mount as the home cooks compete for the coveted title of MASTERCHEF, a cookbook deal and the $250,000 grand prize.

Season Four winner Luca Manfe will soon release his cookbook, “My Italian Kitchen,” featuring recipes inspired by his signature Italian style. Other MASTERCHEF success stories include Season Three winner Christine Ha, the series’ first blind contestant, who continues to be an inspiration to millions. Her cookbook, “Recipes from My Home Kitchen: Asian and American Comfort Food,” is a New York Times bestseller. America’s first MASTERCHEF winner, Whitney Miller, is the author of “Modern Hospitality: Simple Recipes with Southern Charm.” Her recipes have been featured in various national publications such as People and Cooking Light. Season Two winner Jennifer Behm has founded a successful catering company based in her home state of Delaware.

Christini’s Ristorante Italiano Celebrates 35 Years in Orlando plus Interview with...