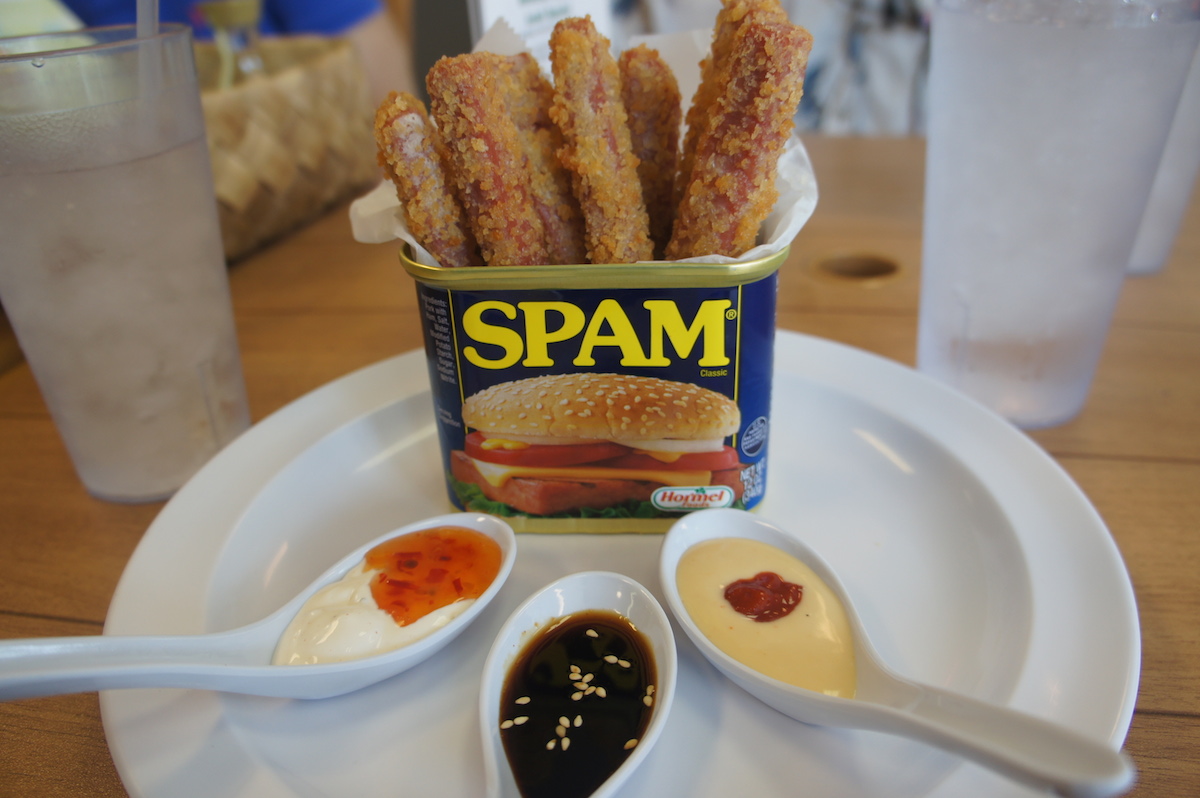 Working near UCF, we enjoy seeking out local mom and pop establishments to visit for lunch. One of my favorites, Hawaiian Grindz, recently updated their menu and have even hired a new chef, Chef Jimmy Idica who is of Filipino descent and hails straight from the islands of Hawaii. 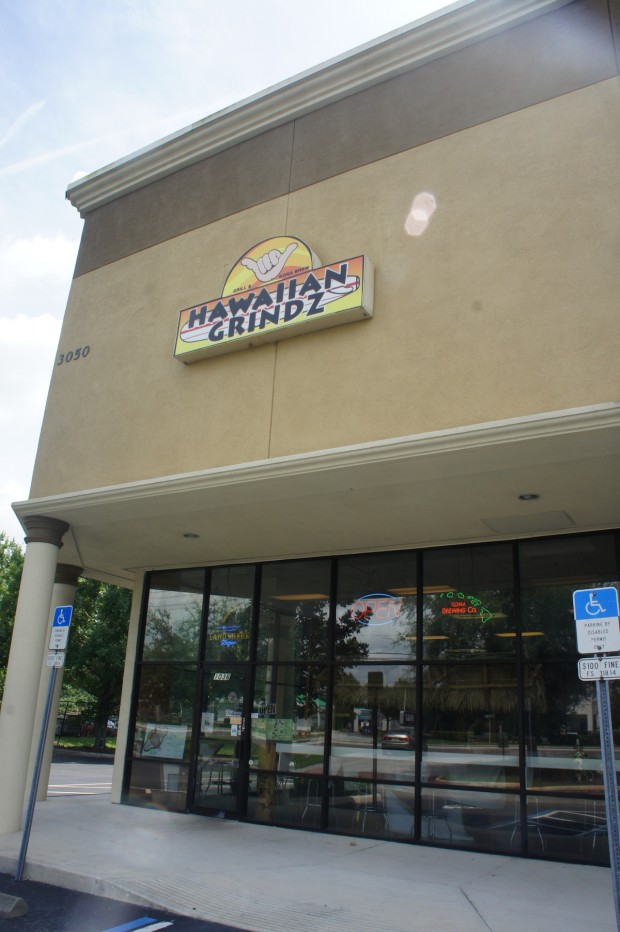 When you first hear the name, Hawaiian Grindz, you might think it’s some sort of Hawaiian coffee shop (coffee grindz?), but in fact “grindz” is actually a Hawaiian slang term for “food” or “grub.”

Hawaiian Grindz prides itself on its “Kona Brews, Hawaiian Food, and Aloha Spirit!”

The cuisine of Hawaii reflects the diverse food history of settlement and immigration in the Hawaiian Islands from the first Native Hawaiians who settled the area with taro, fish, and yams to the Portuguese settlers who brought their “malasada” fried doughnut treats and the Japanese, Chinese, and Korean farm laborers who came in the 1800s. Even American cuisine influenced the “local” food of Hawaii with the arrival of spam during World War II.

Hawaiians are the second largest consumers of Spam in the world, right behind Guam. Originally brought to Hawaii by American servicemen in their rations, Spam became an important source of protein for locals after fishing around the islands was prohibited during World War II. Spam musubi, a slice of fried Spam on sushi rice wrapped with a strip of nori seaweed, is a popular treat in Hawaii and can be found on the menu here at Hawaiian Grindz.

Some of the new items brought by Chef Idica includes spam fries coated in panko to cut the saltiness and served with three different types of dipping sauces, char siu pork banh mi, pork adobo fried rice topped with egg, and a selection of new burgers.


I ordered the delicious Ali’i burger, consisting of a juicy 1/4 pound burger patty topped with crispy kalua pulled pork and pineapple BBQ sauce on a brioche bun with a side of fries. The burger had the right textures and flavors and was overall very enjoyable.


In addition to their new Chefs Specials, they also serve up their popular panko crusted mochiko Chicken, Kalua pulled pig, and fried garlic sugoi Chicken. I usually get a lunch combination of the kalua pork and the garlic sugoi chicken with rice and pasta salad for $6.99 – a very filling and satisfying lunch. 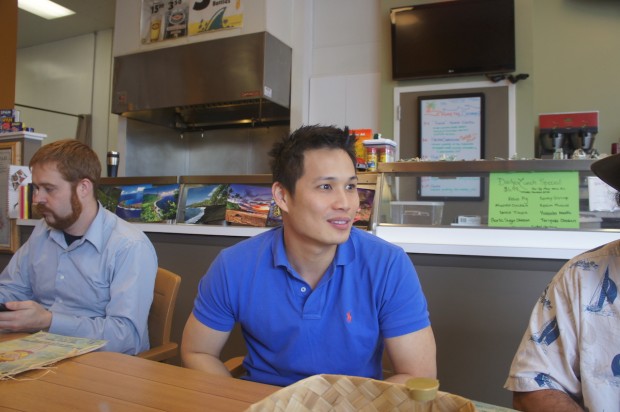