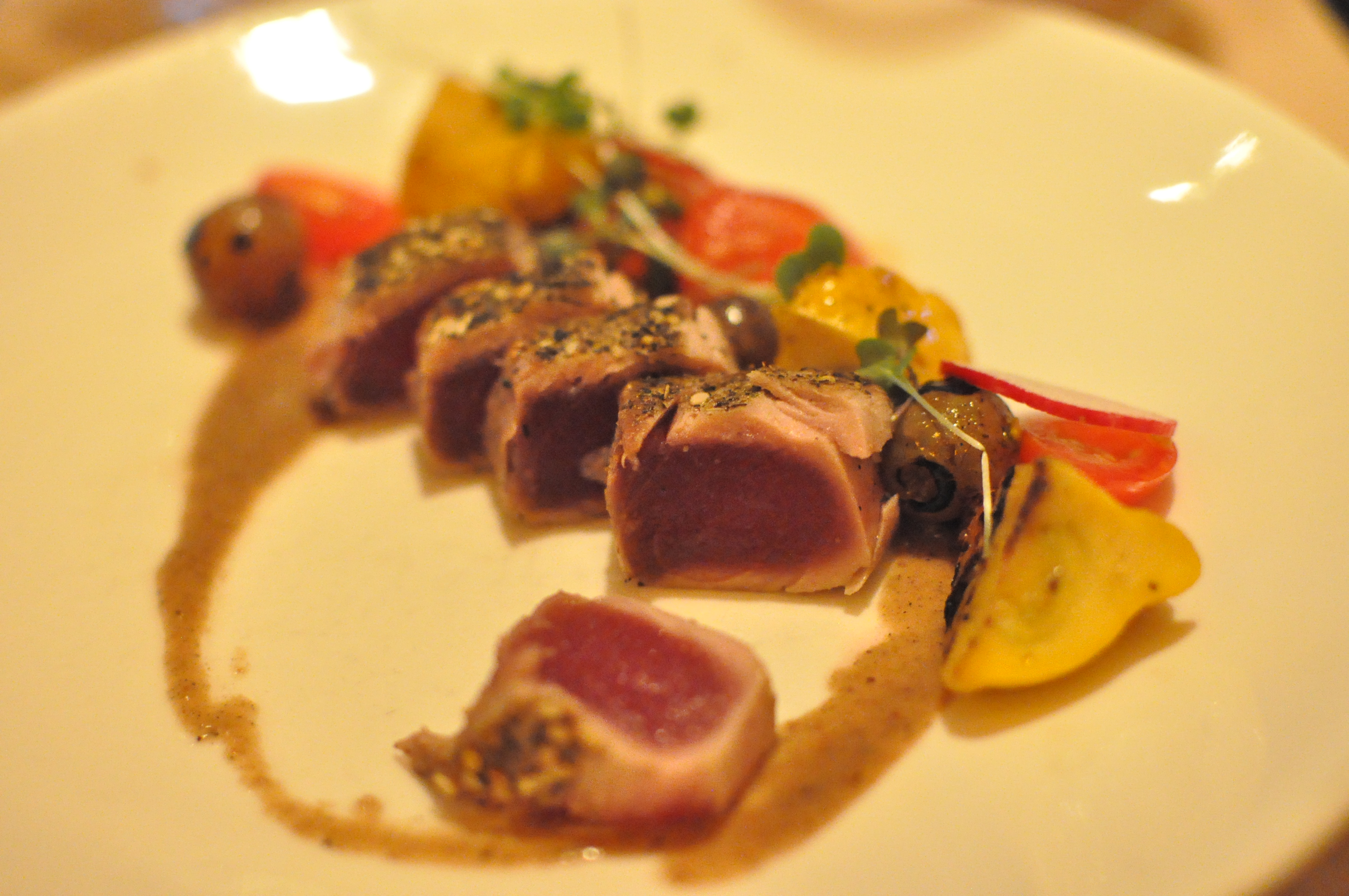 We’re big fans of Roy’s, known for their creative take on Hawaiian and Asian fusion, with some of our favorite Roy’s dishes including the classic misoyaki butterfish and the braised beef short rib and especially the molten lava chocolate souffle cake for dessert.

At 19, Chef Roy Yamaguchi of Roy’s began taking steps to becoming as an international culinary visionary and the creator of Hawaiian fusion cuisine. He graduated from the Culinary Institute of America in New York as a master chef and moved to Los Angeles where he served as executive chef at La Serene. After gaining invaluable experience in LA, Roy decided it was time to head closer to his roots. He moved to Hawaii and opened the first Roy’s in 1988, going on to winning a James Beard award and opening 22 restaurants throughout the United States.

This past week, Roy’s Hawaiian Fusion restaurant on Sand Lake Road, right in the heart of Orlando’s Restaurant Row, hosted an exclusive summer dining event under the fabulous Chef Partner Mac Lynch featuring five stunning courses that evoked the best of Pacific Rim cuisine with four expertly matched wine pairings. Once in a while, the chefs at Roy’s host these special dining events to showcase their talent and skills outside of the regular menus.

The refreshed menu is inspired by founder and world-renowned Chef Roy Yamaguchi’s unique fresh fusion concept, and is now available nationally across all 20 locations.

“Bringing the flavors of the Pacific Rim to the world is what originally inspired me to expand Roy’s beyond Hawaiian cuisine,” said Yamaguchi. “Educating Roy’s fans about Pacific Rim flavors is very exciting – it’s a culinary spectrum of flavors that is yet untapped.”

Culinary expertise and customizing the experience at every local Roy’s is the foundation for Roy’s culinary approach. To feature the deep culinary talent in every restaurant and localize the menu offerings, Roy’s has introduced local chef pages within the menu. This section will offer locally inspired seasonal favorites and innovative new creations, like the Roy’s Signature Lobster Pot Pie, Tempura California White Sea Bass, and Alaea Salt-Crusted Bone In Ribeye.

Locally, Chef-Partner Mac Lynch has created his own chef’s menu drawing from his roots in the South and the cajun cuisine of Louisiana with dishes such as Andouille crusted snapper and Fried green tomatoes with miso butter sauce. The sample menu below contains dishes that can be only found locally here in Orlando under the direction of Chef Mac: