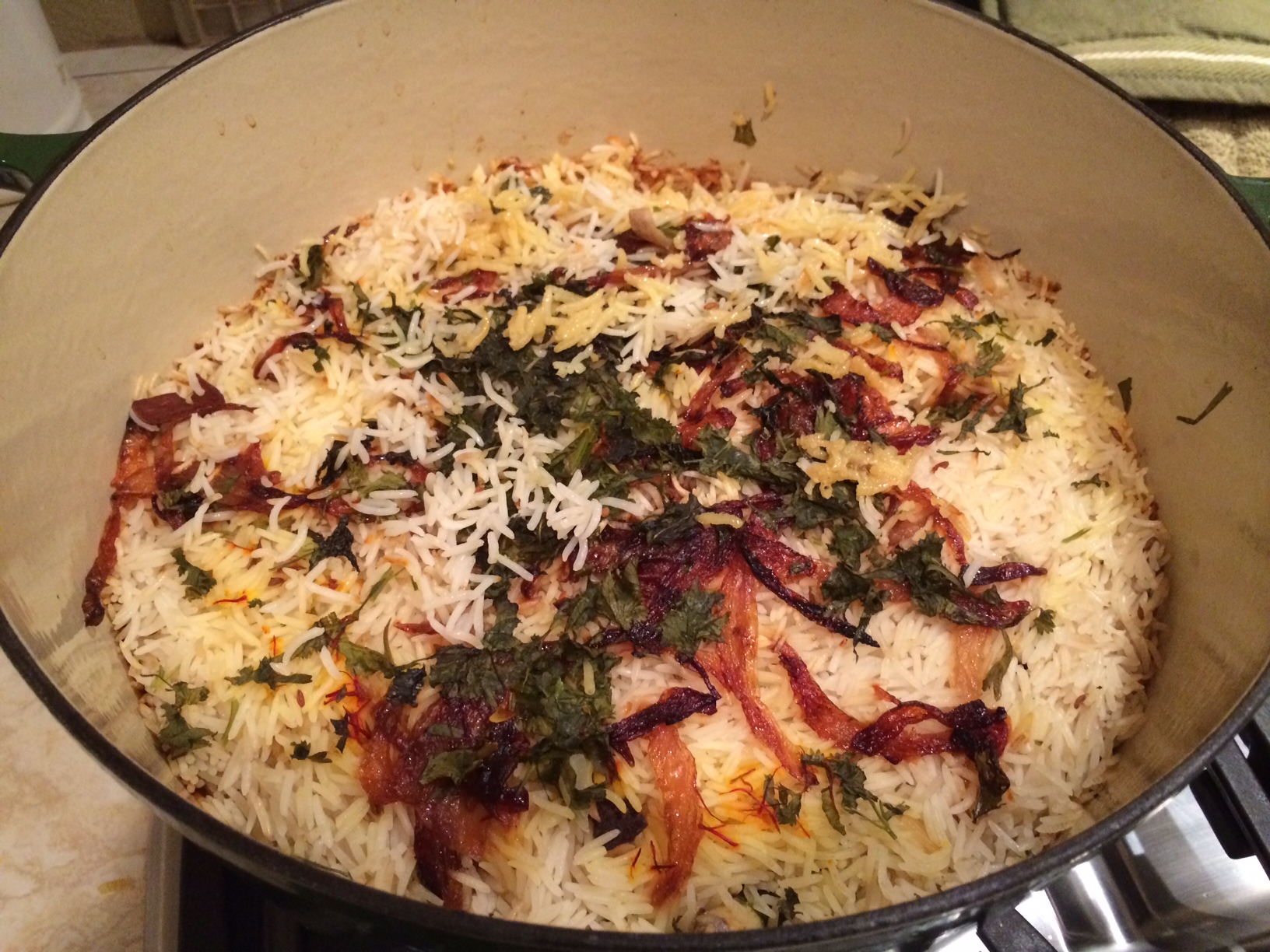 Each culture typically has a rice dish: the Spanish introduced Paella to the world; the Italians shared the wonders of Risotto; in Latin America, the Arroz con Pollo dish is ubiquitous, with variations based on the landscape and availability of ingredients indigenous to a particular region. Central and East Asia is no exception to the variations on rice dishes.

Biryani is a layered rice dish, said to have originated in Persia, but is now typically associated with Indian cuisine. While there are countless ways to prepare a Biryani, the following version is adapted for a relatively “short” cooking time, and incorporates the use of a home oven, rather than to fumble with the temperaments of a stove top or open flame to achieve a uniform, consistent, and quality result.

1. Marinate 3 lbs of bone-in chicken. I used leg quarters, with the majority of the skin removed, and cut up into smaller pieces (i.e. each leg quarter was split into 4 pieces). You can substitute lamb or beef for the chicken, in which case each piece should “stew” sized.

You can get most of these ingredients, at a relatively low price, at any Indian (or ethnic) grocery store. Feel free to add or omit any ingredients. Alternatively, you can purchase a “Biryani Spice Packet” at Indian grocery store. You want to add an abundance of spices and aromatics to the chicken as the main source of flavor for the entire dish is sourced from the marinade.

Marinate the chicken (or other meat) for at least 24 hours.

2. On the date you plan to make the Biryani, slice and fry one large onion. Be sure to add salt to the onions after they’re fried. Spread the fried onions in a single layer on paper towel to absorb any excess oil. Carefully reserve some of the onion-scented frying oil. 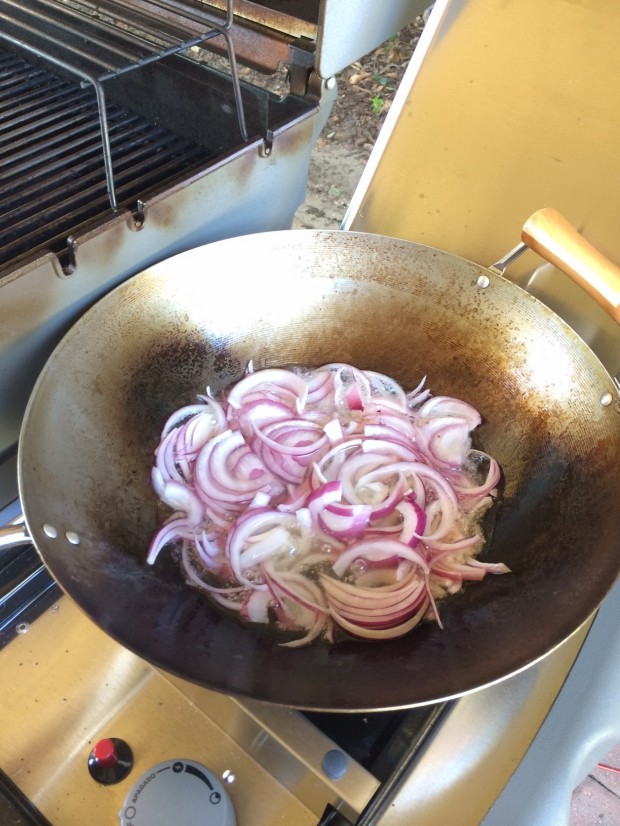 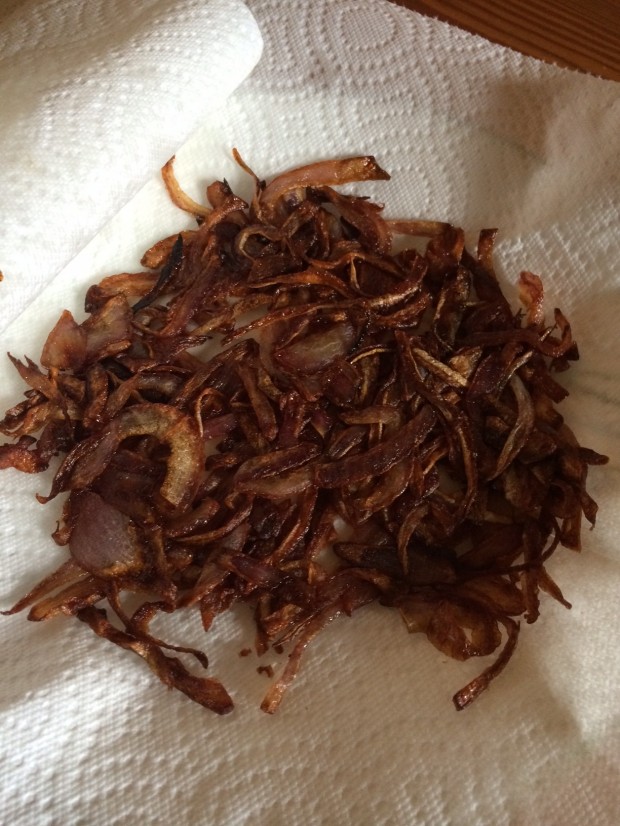 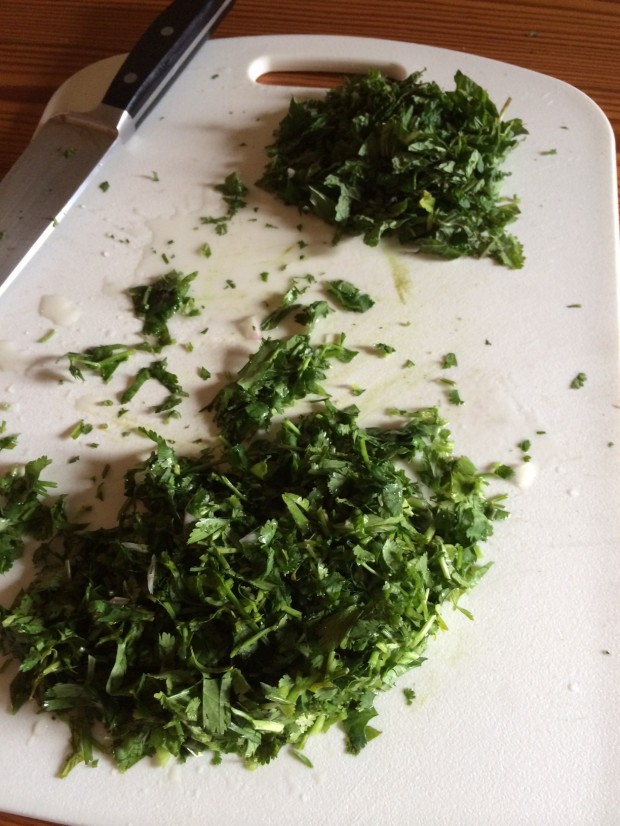 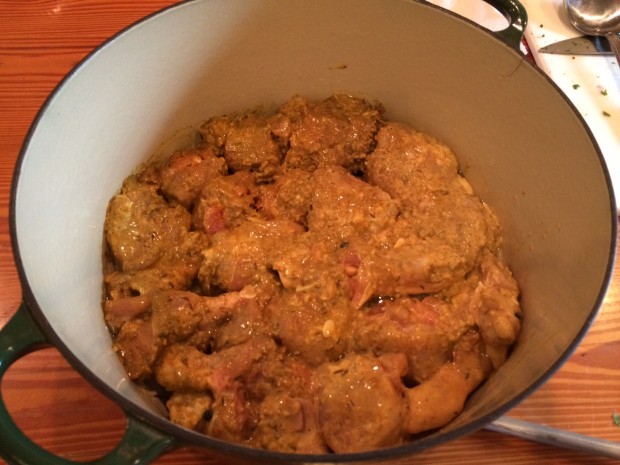 5. Add a layer of the fried onions, mint, and cilantro on top of the marinated chicken. 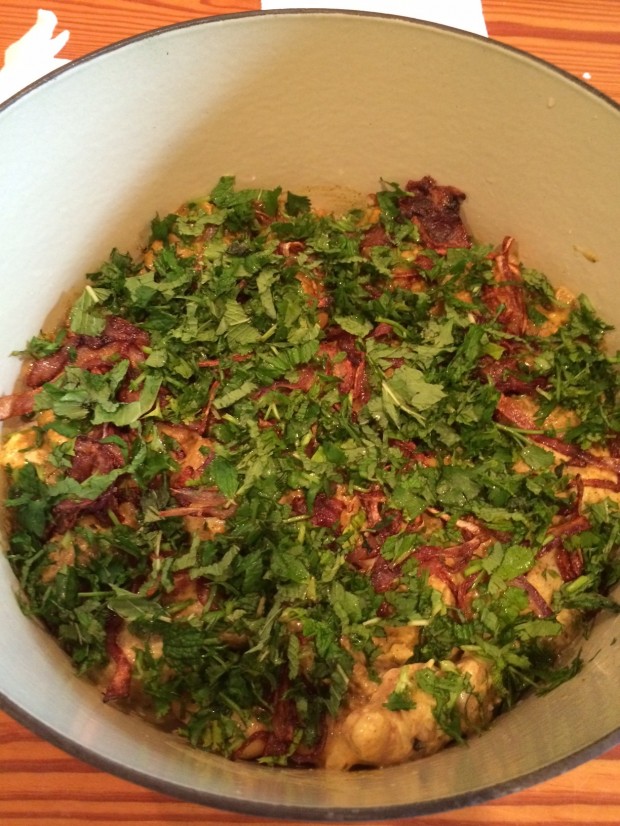 7. Start boiling a large pot of water with much more water than necessary to cover / cook the rice (much like you would make spaghetti or pasta). Add 1 teaspoon of whole cumin, 1 tablespoon of the onion-scented oil, and salt to the water. Although not essential, you may include any other aromatics to the water, including bay leaves, cinnamon sticks, cardamom pods, cloves, garam masala or leftover biryani spices. 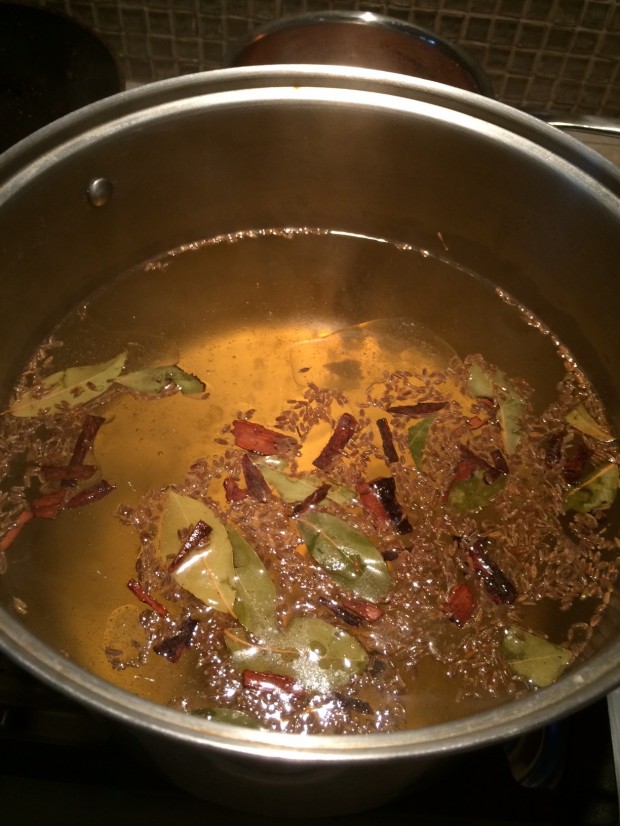 8. Lightly toast 1 cup of the soaked rice in the onion-scented oil with 1 teaspoon of cumin. 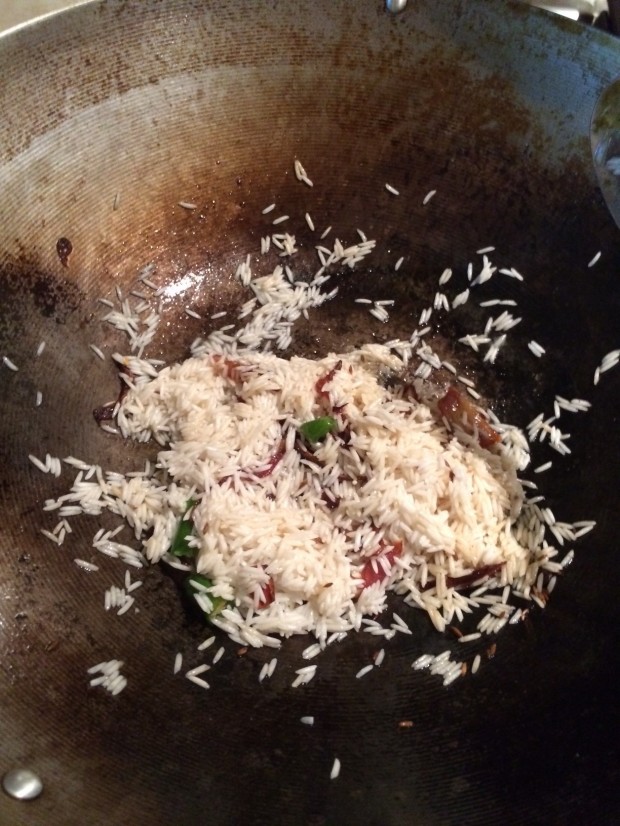 9. Add the remainder of the washed and soaked rice and the lightly toasted rice to the boiling water for 2-3 minutes. The rice will only cook to 20 percent doneness, with the balance of the cooking time to be completed with the chicken. Quickly drain the rice or remove it with a slotted spoon or colander to avoid cooking the rice for more than 3 minutes.
Arrange the par-boiled rice in a single layer on top of the marinated chicken and top with the remainder of the cilantro, mint and fried onions. If available, add a few threads of saffron, soaked in 1 tablespoon of warm milk over the rice. 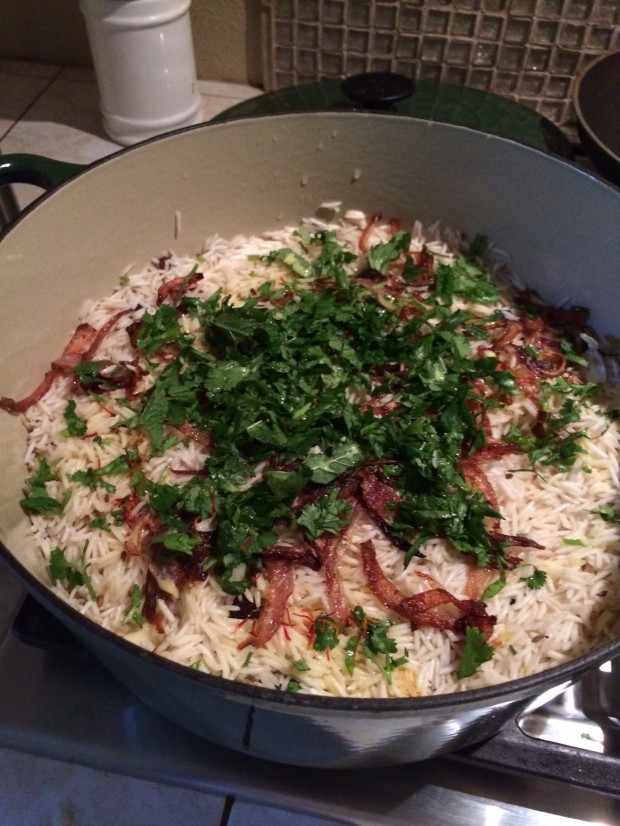 10. Cover the dish with a tightly-fitting lid. If the lid is not heavy or does not have a tight seal, add a weight to the lid or include a layer of aluminum foil between the lid and the pot to “seal” the dish.
Cook the dish for 10 minutes over medium heat. Do not re-open the pot or disturb the lid. The moisture in the chicken marinate, as well as the little oil you added beneath the chicken should prevent any scorching or burning. 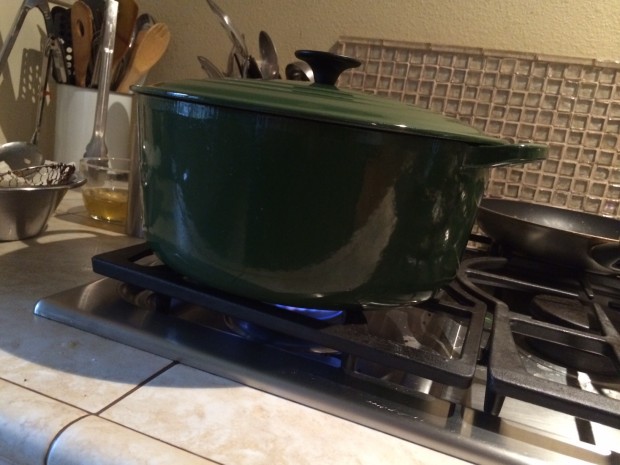 11. After 10 minutes on the stove-top, transfer the entire dish to the oven and bake at 385 degrees for 45 minutes. If you’re using beef or lamb, increase the cooking time to 60 minutes. 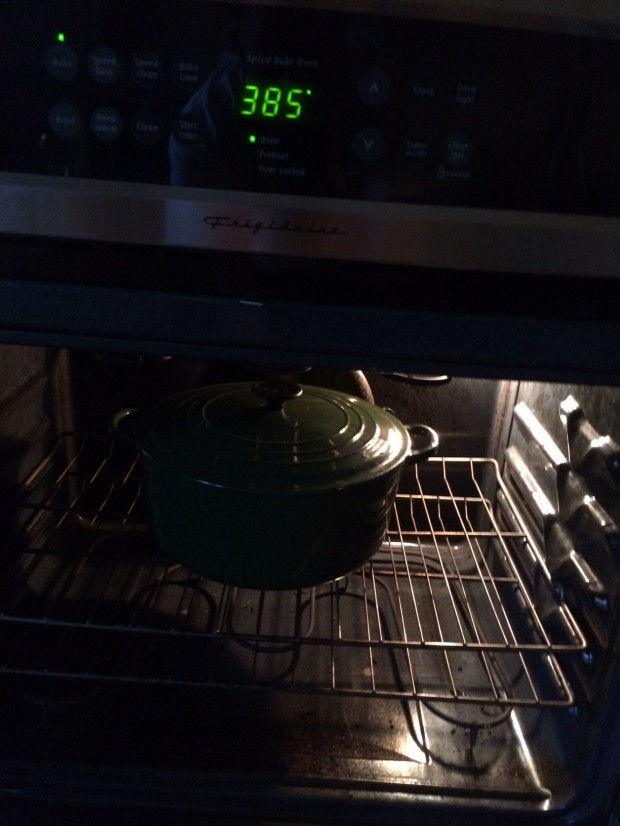 12. Remove the dish after 45 minutes and let it rest on counter (without heat) for 5-10 minutes. Do not remove the lid yet. After resting period, your Biryani should be fluffy and perfect and ready to serve. The chicken and rice will finish cooking at the same time, with the goal being for the chicken to fall apart with very gently pressure (i.e. “fall off the bone”) and the rice, being perfectly cooked, loose and fluffy. 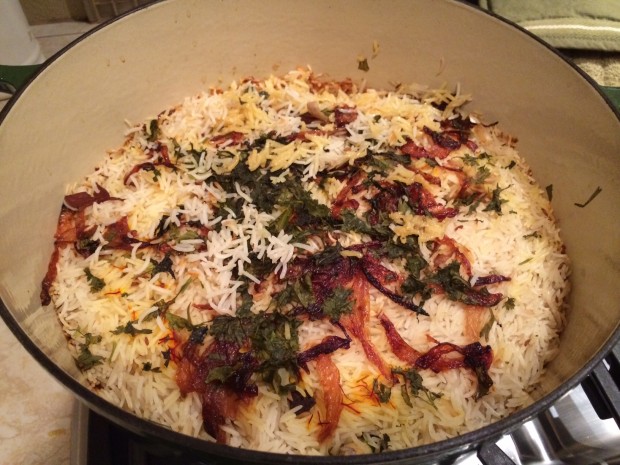 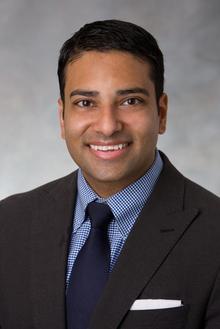 Chirag B. Kabrawala is founder of The Kabrawala Law Group PLLC (www.cbklawgroup.com) and practices in the areas of business law and real estate law. He devotes a significant area of his legal practice to the needs of hotel, restaurant and resort developers and operators.

Chirag is one of the principal members of a group that is developing a new restaurant, expected to open in December 2014, that will emphasize on freshly-made pasta and wood-fired pizzas cooked in the Napoletana style, exclusively in hand-built Stefano Ferrara ovens imported from Italy.

Make a Memory at Currito in Lake Mary, FL