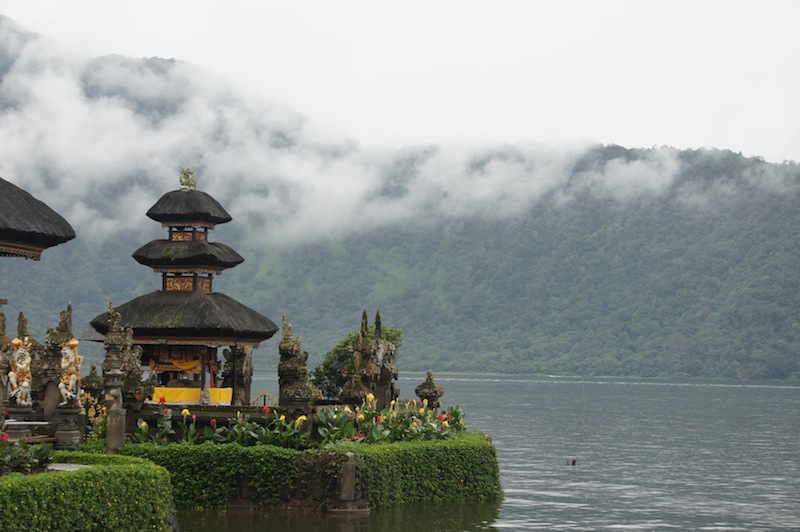 Just like cathedrals in Europe, temples are the most ubiquitous architecture in Bali, known as the “island of a thousand temples.” Every house has its own little shrine, usually a dedication to their ancestors. Each village usually has three temples.

When visiting temples, local customs are often in effect – for those wearing shorts (especially ladies) you will need to cover up and wear a sarong (a sash) – usually available for rent at the temple.

Pura Ulun Danu Bratan, or Pura Bratan, is the second most important temple in Bali after the mother temple Besakih. The temple is found on the shores of Danau Bratan (Lake Bratan) in the mountains near Bedugul. The temple was built in 1926 and is dedicated to Dewi Batari Ulun Danu, goddess of lakes and rivers and is especially important among the local rice farmers here.

Part of the temple is located on the mainland, while a significant section seems to “float” on the lake, being set on an island just off the mainland temple complex. An 11-roof meru (pagoda) sits on the island section, a towering beauty surrounded by a placid lake.

The dreamy mists surrounding the lake up in the mountains gives it all a very surreal, ethereal feel.

Pura Taman Ayun was built in 1634 by the Raja of Mengwi, I Gusti Agung Putu for his family, surviving today as a beautiful example of a royal public temple. The descendants of the Mengwi royal family still sponsor the temple, which also serves as the clan kawitan temple (a temple dedicated to the worship of the deified ancestors, in this case the previous rulers of the Mengwi royal family).

“Taman Ayun” means “beautiful garden”; a moat surrounds the temple, which gives the complex the appearance of floating on water. A landscaped front courtyard entered through an ornamental candi bentar (split front gate) adds to the temple’s beauty. The inner courtyard features a number of multi-tiered meru (pagodas).

Tanah Lot is probably the most famous of Bali’s temples, meaning “Land in the Middle of the sea”. The temple sits just off the coast on a rock, and can be reached at low tide by a land bridge made of rocks.

The temple’s construction was supposedly inspired by the priest Nirartha in the 15th century; after spending the night on the rock outcrop where the temple now stands, he instructed local fishermen to build a temple on that site. Today, Tanah Lot is regarded as one of Bali’s most important directional temples.

As one of Bali’s most popular temples, Tanah Lot is surrounded by crowds and vendors. Do not visit if it’s peace and quiet you’re after, but do come if you’re after a great sunset view.

Known as the “Elephant Cave”, Goa Gajah seems strangely free from elephants until you realize it takes its name from its proximity to the Elephant River. The temple is dedicated to Ganesha, the elephant Hindu God. Goa Gajah’s key attraction is the menacing entrance to the cave – the surrounding rock has been carved into a face, mouth agape.

The temple was originally dedicated as a Buddhist temple, with a large statue of Buddha built here until erosion caused the head to fall. Hindus later came and dedicated the temple to Ganesha. Even today, you can feel great spiritual energy in the place. 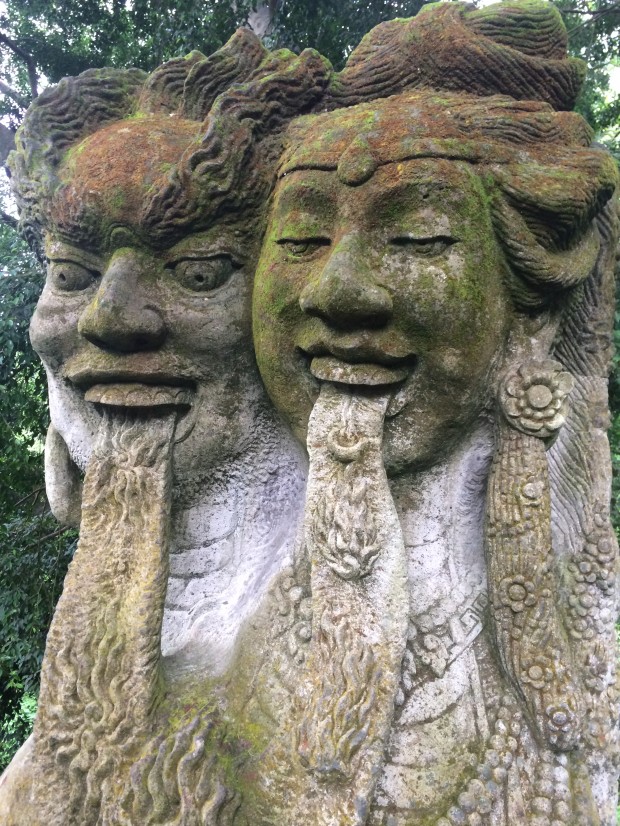 Considered one of the 6 most important temples in Bali, Pura Tirta Empul dates back to 926 AD. The spring water is sacred and thought to have healing properties.

The sacred spring that feeds Tirta Empul provides holy water for priests and bathing for ordinary Balinese, who believe that a dip hereabouts can bring good fortune and health. An offering must first be made at the temple before you can climb into the long main pool to bathe and meditate.

Legend has it that the god Indra created the spring Tampaksiring (namesake of the nearby town) as an antidote to a poisonous spring created by an evil demon king.

Pura Luhur is a Balinese Sea Temple at Uluwatu on Bali. It was built in the 11th century. Luhur means “something of divine origin” while “Uluwatu” can be broken into “ulu” which means “land’s end” and “watu” means “rock” in the old language).

Pura Luhur Uluwatu is one of Bali’s ‘directional temples’ guarding Bali from evil spirits from the SW.

Pura Luhur Uluwatu is both a major Balinese temple – one of the six sad kahyangan revered by all Balinese – and the site of a nightly kecak performance that re-enacts the Ramayana through chanting half-naked men, masked actors and a dramatic fire-dance.

Mother Temple of Besakih, or Pura Besakih, in the village of Besakih on the slopes of Mount Agung in eastern Bali, Indonesia, is the most important, the largest and holiest temple of Hindu religion in Bali and is over 2000 years old. When Mount Agung erupted in 1963 (killing 1,700 people) the lava flows missed the temple by metres, which is seen as a miracle and a sign from the gods.

This Mother Temple is actually a complex made up of twenty-two temples that sit on parallel ridges. It has stepped terraces and flights of stairs which ascend to a number of courtyards and brick gateways that in turn lead up to the main spire or Meru structure, which is called Pura Penataran Agung.

All this is aligned along a single axis and designed to lead the spiritual person upward and closer to the mountain which is considered sacred. 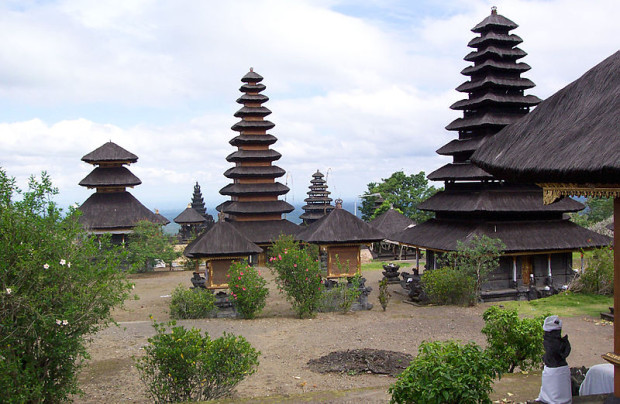