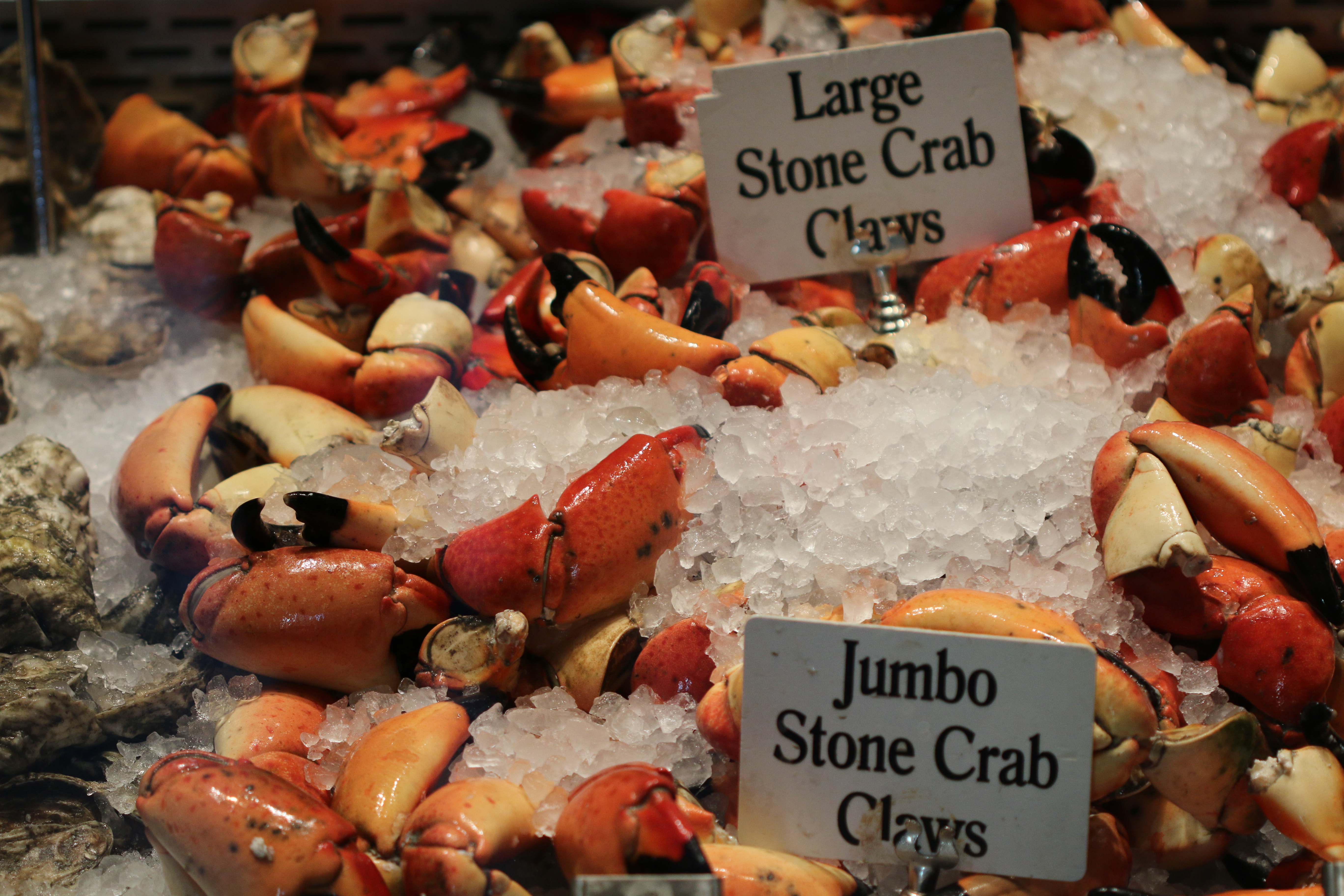 Chef James Slattery is the Executive Chef of Big Fin Seafood Kitchen on Orlando’s restaurant row, winning multiple awards for the restaurant including Critic’s Choice in the Orlando Sentinel’s Foodie Awards for Best Seafood in 2014.

Recently, we had the chance to interview Chef Slattery for our new series, the Orlando Chef’s Spotlight Series, about his fascinating past and the upcoming future at Big Fin Seafood Kitchen.

The menu at Big Fin is never really new per se, but it is ever changing – seafood, like produce, has seasons.

Right now, the restaurant is focused on the biggest and the best Stone Crabs available. This is what has made Big Fin the best Seafood Restaurant in Orlando.

Chef Slattery tells us he makes it a point to never be complacent, always following the trends, and trying to do his part in helping make Orlando more than just a tourist destination but rather a tourist and food destination with great local chefs doing wonderful things in the Florida kitchen. 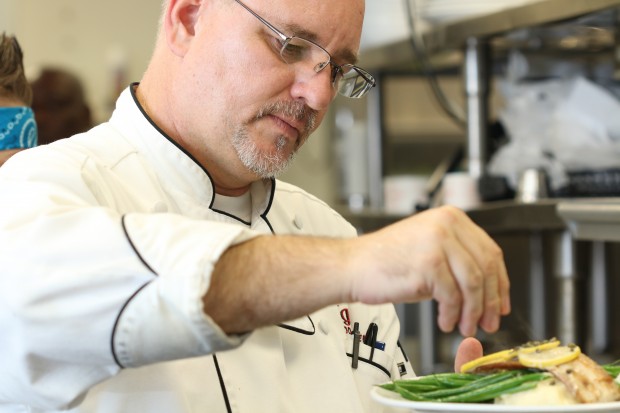 His first job, after earning two chemistry degrees from UCF, was actually as an analytical chemist with a local environmental lab.

But it was rather mundane work and he soon felt like something was missing.

One night in 1998 in a hotel room in North Carolina, on a sales trip for the chemical company he was with at the time, Slattery was flipping through the channels when he came across a 24-hour network devoted to food.

It was close to 8 pm and as he sat in the hotel room eating Chinese take-out, a program came on called Emeril Live! on the Food Network.

It was actually the premier night for Chef Emeril’s new show. 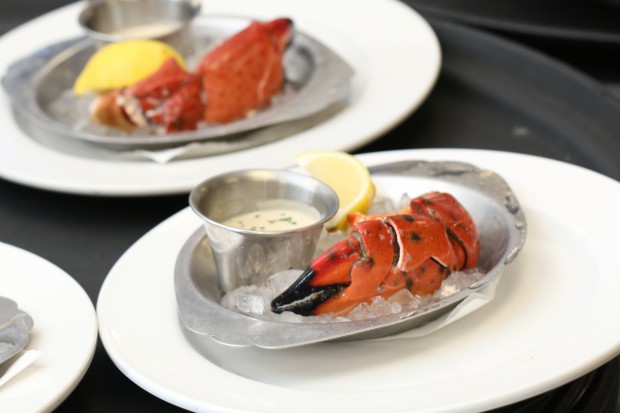 “Chef Emeril was mesmerizing, funny and most of all – pulled a passion for cooking from me that seemed to be dormant, just waiting for the right time to reveal itself,” Slattery said.

“In October of ’98, Emeril Lagasse, who was opening his first restaurant at Universal’s City Walk, was in Orlando promoting one of his cookbooks. I changed my travel plans (still working as a chemist) and I went to the book-signing.”

“I waited in line for hours. When Chef Emeril was signing my name, I asked Chef Emeril, “What would it take to work in one of your restaurants?”

He stopped, looked up and said, “James, I look for passion. I want people in my restaurants to love what they do.”

A couple of months later, while working as a prep cook at Universal’s Lombard’s Landing, he was able to finagle an interview at the about-to-open Emeril’s.

He went into the Home base offices and handed Chef Zachary Martin his resume that contained six pages – and no mention of any cooking background. 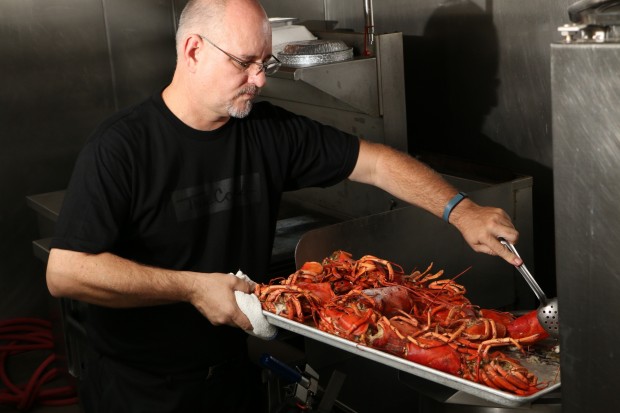 “Chef Zack quizzed me about culinary terms and techniques; of course I couldn’t answer any of the questions unless I had learned it from the Food Network.”

“Zack later admitted to me that he felt I had the personality and the drive they were looking for. After all, I was a clean slate!”

“They hired me, and after several weeks of training, I was made a butcher. That’s when my chemistry background really kicked in.”

The Chef’s really didn’t understand that, being a chemist, he was very good with weights and measures.

“That’s really what butchering was all about. I was able to pick up knife skills fairly quickly and with the amount of work, there were plenty of chances to improve on a daily basis.”

Over the next three and a half years, “James the butcher” worked on his way through the various stations in the kitchen as well as pastries and sauces to become “James the chef”.

Three years later, he decided it was time to graduate from Emeril’s “culinary school” and accepted the position of chef at the soon to open A Land Remembered at Rosen Shingle Creek in 2006.

He has since opened 2 other concepts and as of today, Chef Slattery is celebrating his 5th anniversary as the Executive Chef of Big Fin Seafood Kitchen . 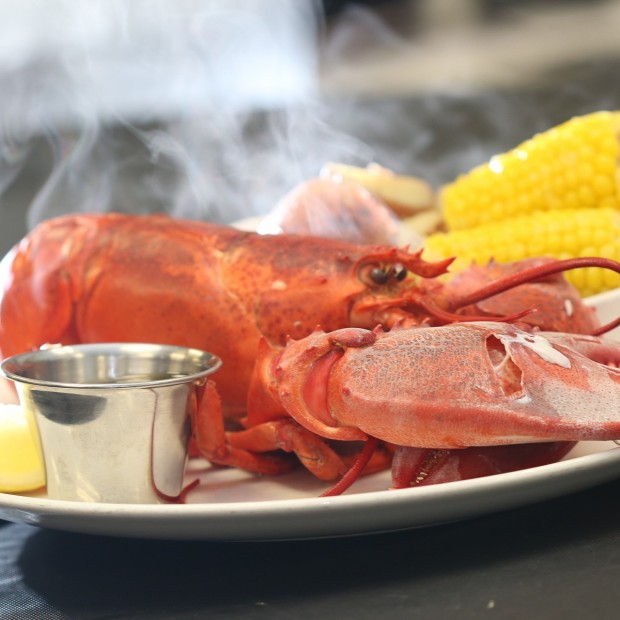 “I always try to explain when asked about my career change, that a chemist doesn’t want to see a straight line on a chromatogram, and as a cook, your taste buds detecting food being flat in flavor is like the chromatogram having no spikes. But I also don’t want to see huge spikes of flavor on my palette, this would mean too much of one spice or flavor component. So my taste buds and sense of smell are just my “chromatograph” for creating foods and flavors with a better balance.” 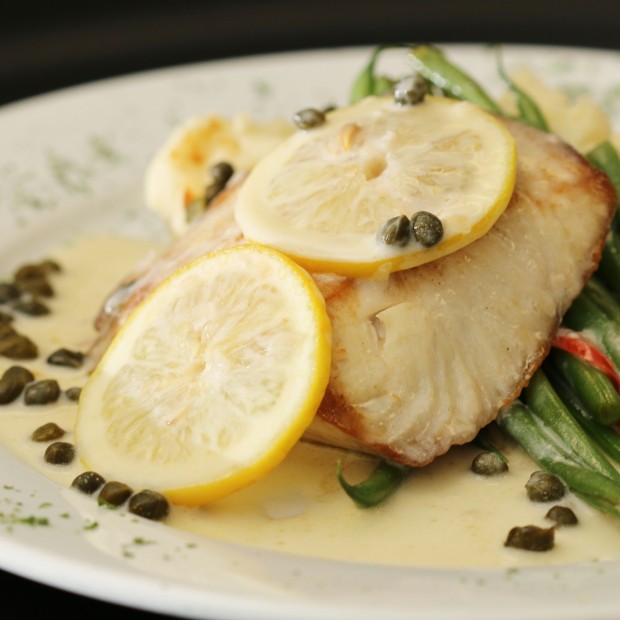 What are you planning for the coming fall and winter season?

My focus is currently on creating a seafood tasting menu that is paired with wines and spirits. I want to take advantage of more locally sourced seafood and produce that is only available in small quantities and is seasonal. I am working with our owner and bar manager in creating a new drink menu that falls in line with the trend of craft cocktails. We want people to understand that our cocktails are designed for our food and for the style that I cook with.

Where do you dine when not at Big Fin Seafood?

When I am not working I try to find new restaurants such as a recent trip to Pig Floyd’s. But I always have my standbys of my favorite Vietnamese, Korean and Chinese restaurants.

A lot of people don’t know that I am also a musician. My middle school, high school and some college days were spent in band playing saxophone. I love all kinds of music, especially jazz. If I could have 2 careers and not worry about paying bills, I would love to be in a small jazz ensemble playing in a small bar and running in the back to fix meals for the guests. 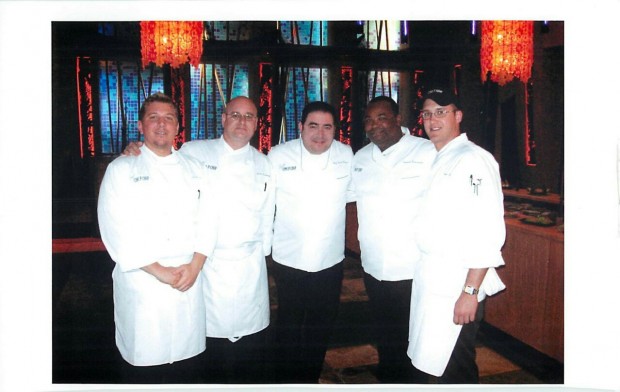 Another fact is that my love of Asian cuisine comes from my early childhood where I spent the first 9 years of my life on Guam in the Philippines. This is where my love for certain comfort foods comes from as in Pancit, Kelaguen, lumpias, etc..

But one last thing I need to make clear, my mother is a great cook and is a world renowned chemist and between her, Charlie (my first job in high school), Chef Emeril, Chef Bernard and Chef Zack as well as the early PBS days of the afternoon cooking shows and eventually the Food Network, these are my influences and have helped make me the Chef I am today.