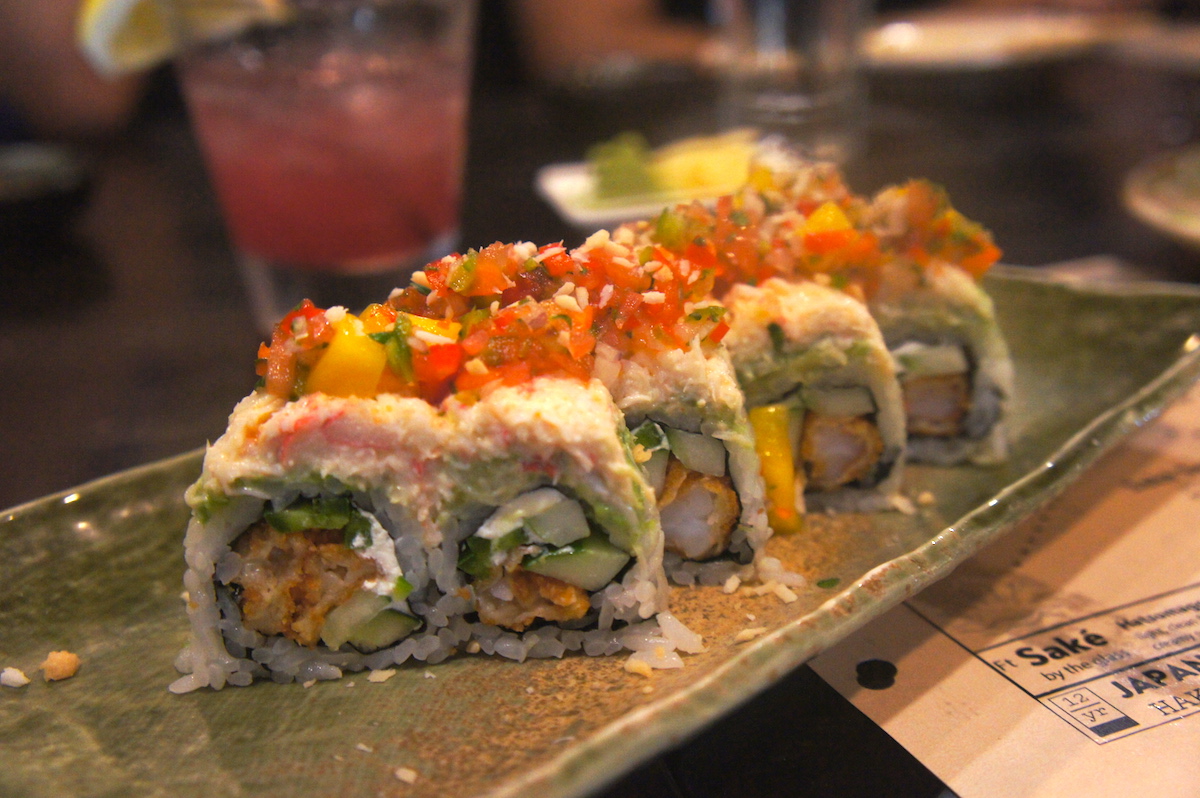 Omakase – which means “trust the chef” or “chef’s choice” is a common practice at Japanese restaurants where diners leave it up to the chef to make their best, freshest dishes of the day. Often applied to sushi in the catch of the day. 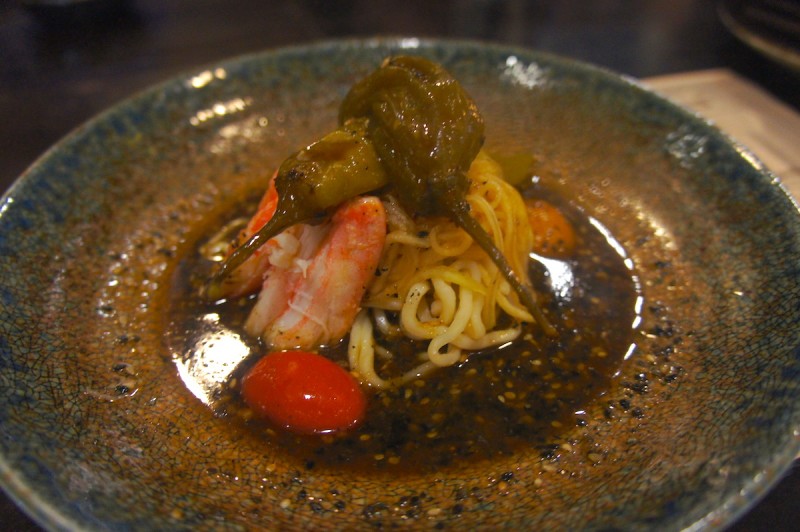 Robata Bronzino – grilled on their robata grill, the bronzino fish fillet is dressed with a ginger scallion pesto and dancing bonito flakes with a citrus soy drizzle 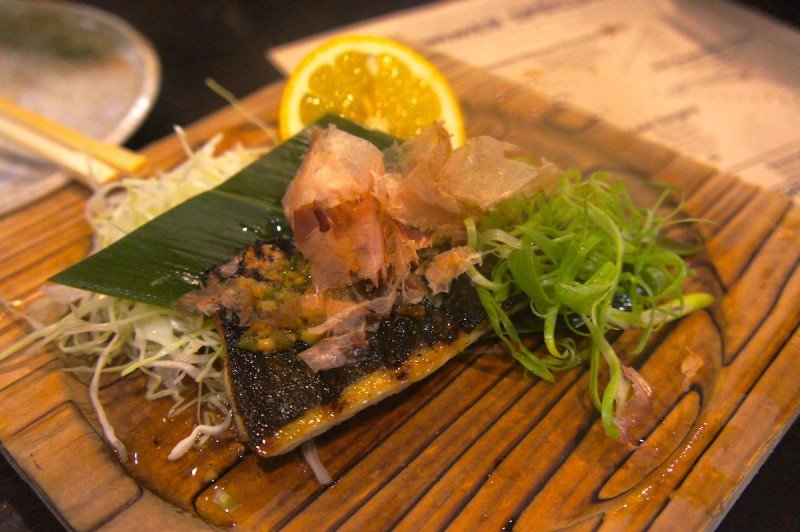 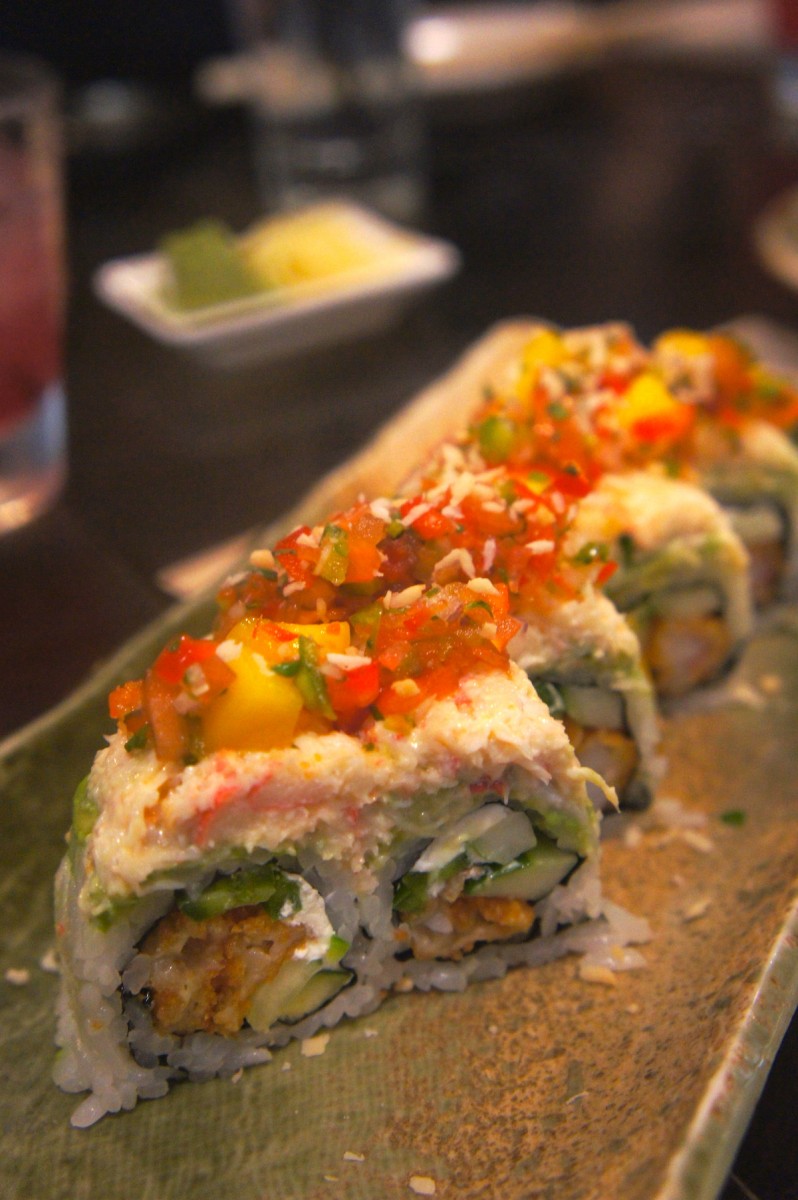 The Quickfire plate – 4 nigiri with special chef toppings including salmon roe, pickled cucumbers, and guacamole and bacon…the nigiri were all quite delicious, though I would ease back on the guacamole and bacon topping as the fish is overpowered by the guac. 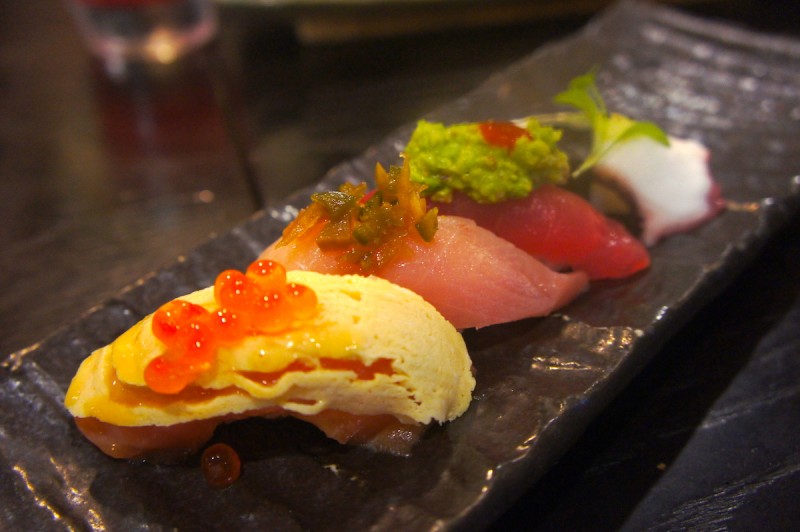 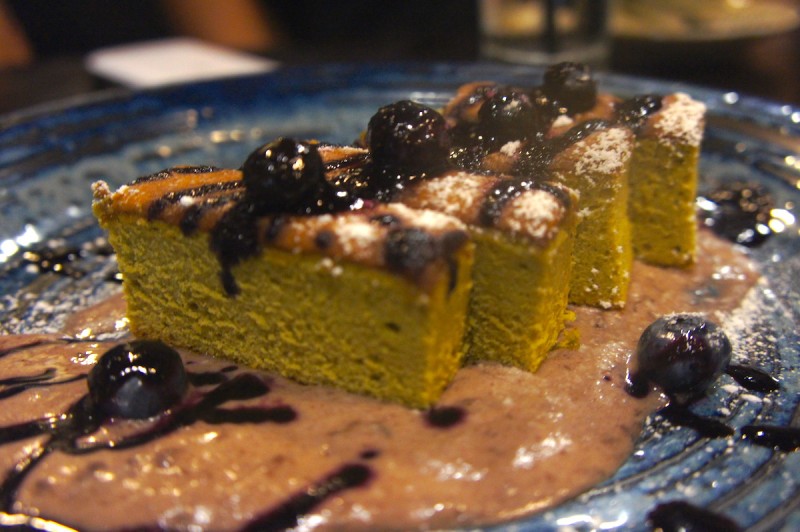 I really enjoyed the robata grilled bronzino, but thought the sushi rolls had a bit too much going on – so much so that the flavors were hard to distinguish from each other. I hope the kitchen can improve on these points, but overall – quite enjoyable.

Other new sushi rolls now available to order at Dragonfly include: 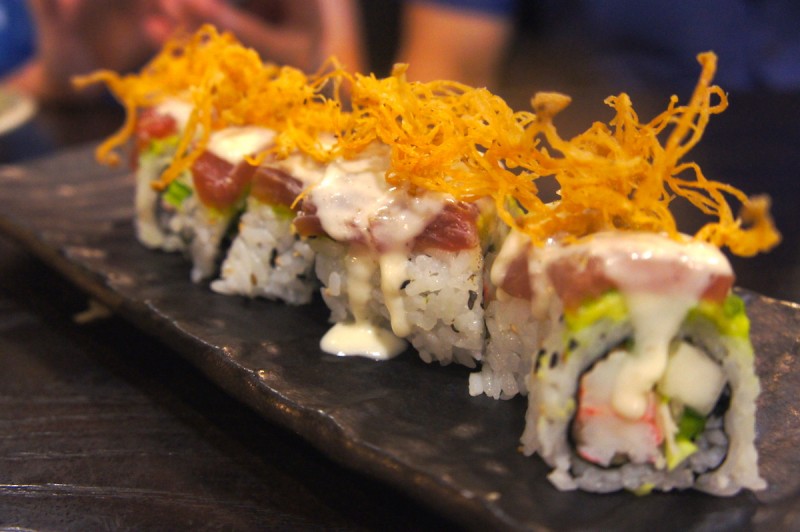 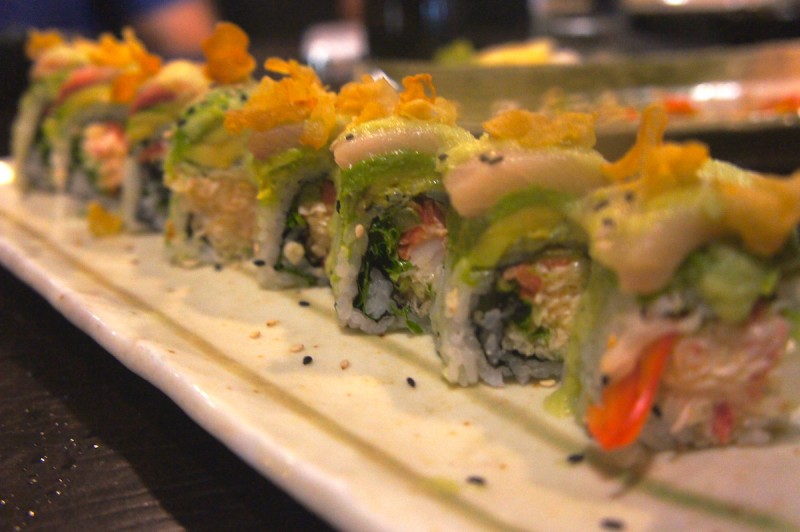 Here is the menu: 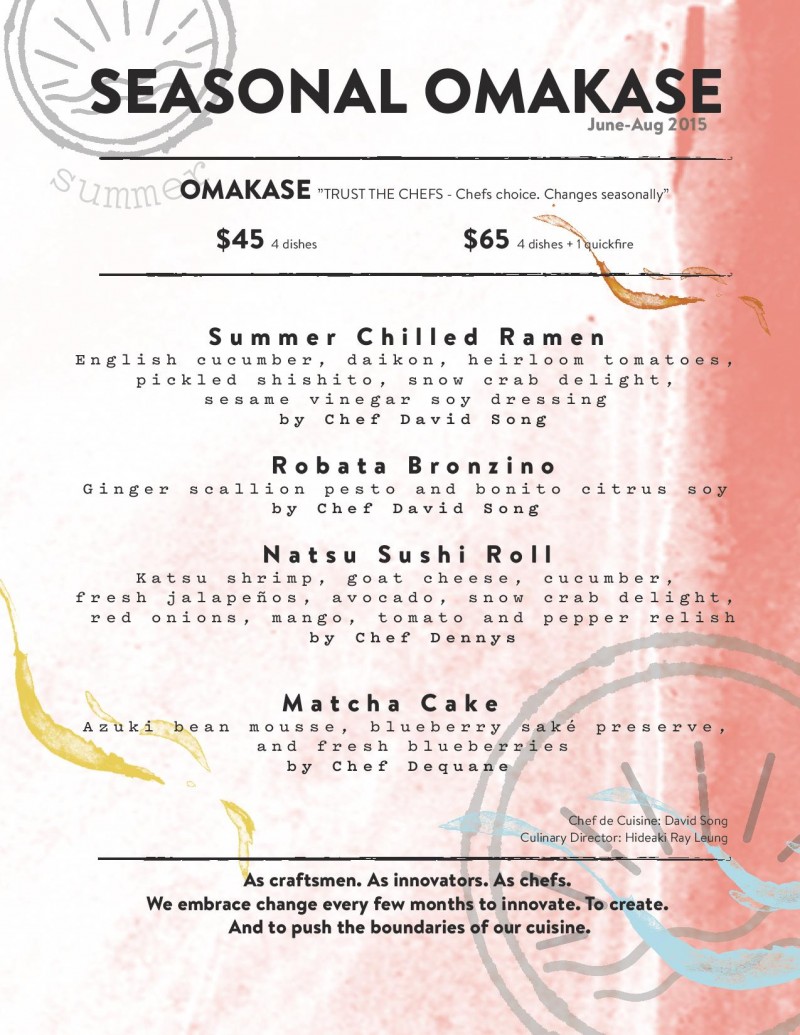 The dishes are paired with light and refreshing Asian inspired summer special cocktails such as the Shochu Wanna Pomegranate?, A Shade of Blackberry, Hot Kagoshima Daze, and the Sake Sangria. 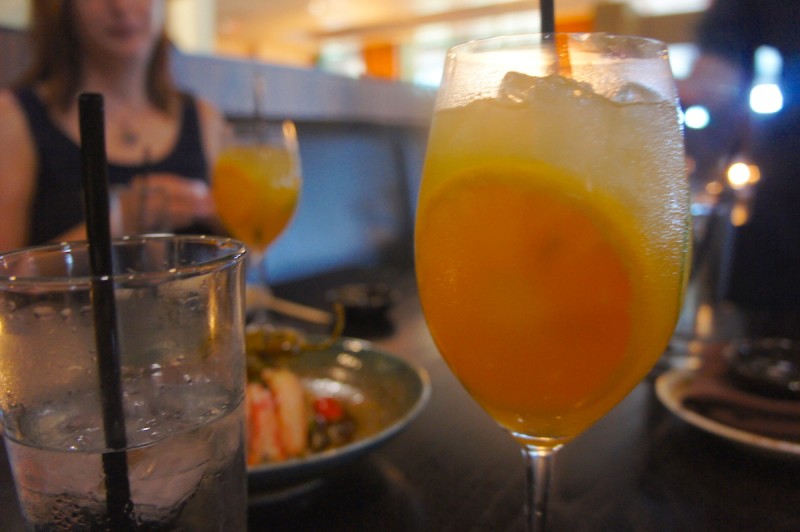 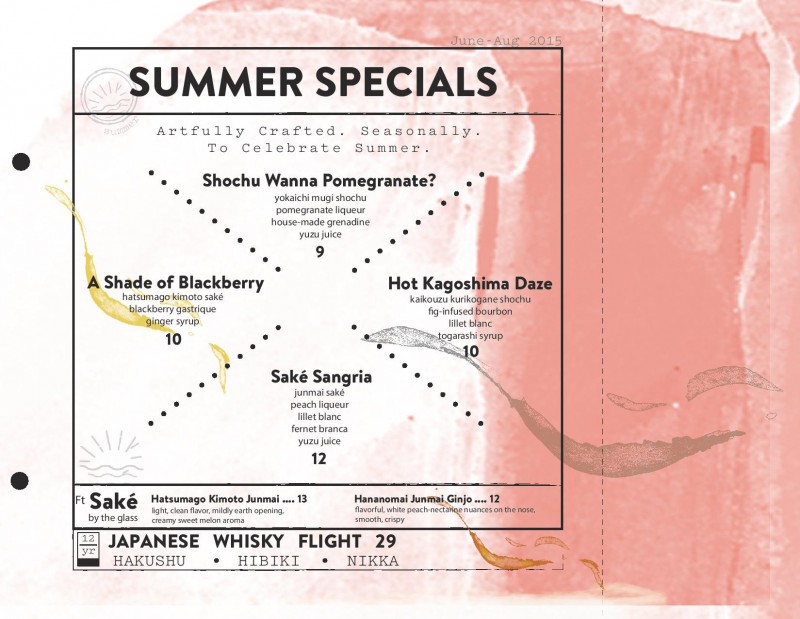 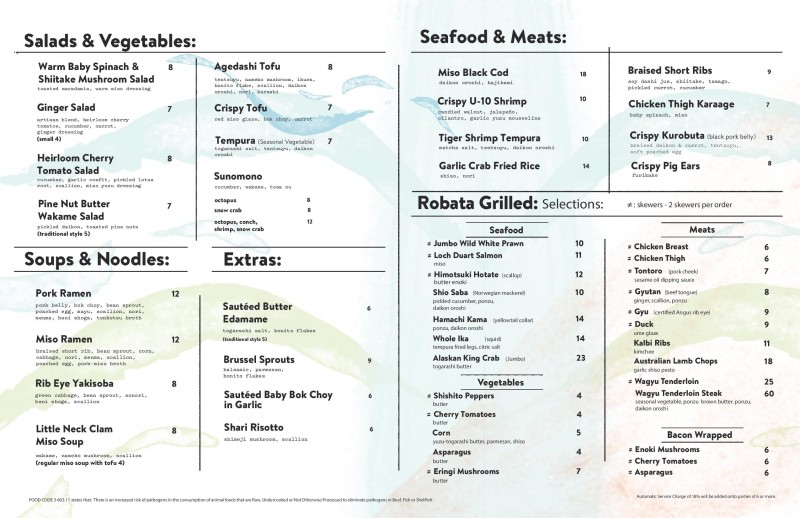 Dining in the Dark – A Feast for the Senses