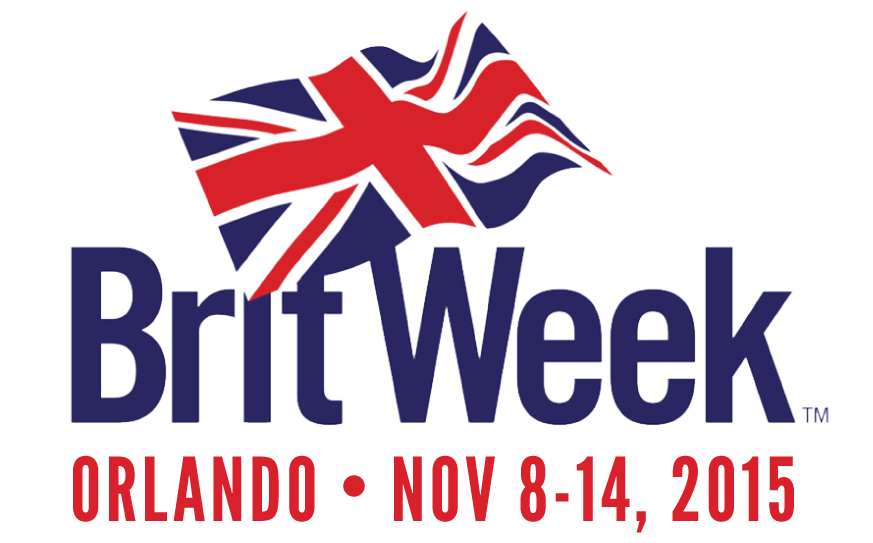 The British are coming! BritWeek Orlando is celebrating its annual week of collaboration between British and American culture, innovation and politics with exciting, educational and original activities from November 8 to the 14th in Orlando’s best venues. In its second year, the spectrum of interesting and entertaining events will include a never before seen collection of ‘British Invasion’ photographs of the Beatles, new perspectives on gaming, exciting culinary and art competitions and even discussions on globalization issues.

The first day starts at the Orlando Museum of Art with a VIP, red carpet reception featuring the premiere of a curated selection of Beatles photos from the ‘Bob Bonis Archive’ that will be on display at the museum through the end of the year (open to the public Nov 10 to Jan 3). “We are pleased to host the opening reception of BritWeek Orlando and present a select group of photographs from the ‘Bob Bonis Archive,’ featuring images of the Beatles and the Rolling Stones on their first tours of the United States,” said Glen Gentele, director and CEO of the Orlando Museum of Art. “Any music lover in Central Florida — and I include myself in that statement, as well — should not want to miss this special exhibition at the Orlando Museum of Art.”

Bob Bonis was the U.S. Tour Manager for both The Beatles and the Rolling Stones, two of the most influential bands in rock history, and this exhibit is certain to be a draw for music fans, the press and families alike. Additionally, limited-edition fine art prints will be available for purchase accompanied by a Certificate of Authenticity from the GRAMMY Museum®.

On Monday, it’s all about British Influence on Central Florida Sports – A panel discussion with Orlando City Soccer, Orlando Magic, Jacksonville Jaguars, and the Invictus Games – a interesting perspective that might not have occurred to many but is profoundly present.

BritWeek Orlando continues on Tuesday at the Citrus Club with a ticketed luncheon and presentation from the Royal Institution of Chartered Surveyors on ‘Our Changing World – The Globalization of Commercial Development.’

In the evening there will be a ‘British Sip, Shop & Stroll’ down Park Avenue with shops decorating their front windows for the week and offering select British food at several restaurants that will be judged by a BritWeek Orlando Food Competition Panel of local food critics. And that means more than just fish & chips!
On Wednesday, BritWeek Orlando will head to the National Entrepreneur Center to join the Central Florida International Trade Office where Her Majesty’s Consul General Dave Prodger will host a discussion about ‘Entrepreneurship is GREAT Britain and UK’s tradition of Innovation’ as it relates to business with our local community.

On Thursday, an exciting and educational panel discussion at the Orlando Science Center on the creation, application and benefits of virtual reality and simulation from leading techno-creative companies such as EA Sports, Appshaker and Bohemia. The event is hosted by the commercial section of the British Consulate known as United Kingdom Trade & Investment and highlights the British-American contribution and collaboration in the augmented reality space.

Throughout the week, Orange & Osceola County Middle and High Schools will be participating in an art competition that encourages students to bring to life their vision of British-American cooperation. BritWeek Orlando wants local children to get involved to allow for lessons in diversity and to cultivate as well as accelerate new perspectives on our future collaborations. Judging for the BritWeek Children’s Art Competition will be held at Merlin’s I-Drive 360 terminal building under the Orlando Eye outside Madame Tussaud’s on Friday at 4pm. 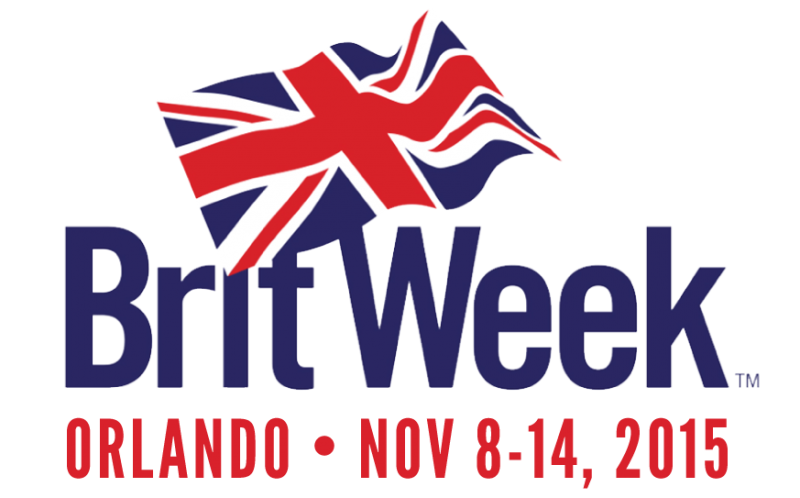 About BritWeek Orlando
Brit Week Orlando is part of the California based 501C-3 established almost 10 years ago with cofounder Nigel Lithgoe and has a local volunteer committee working to put events together that will spotlight Central Florida and its strong British connection. The week of events are also designed to raise funds to benefit two children’s charities: Dreamflight and Cannonball Kids Cancer. Donations collected and raffles/auctions held during BritWeek Orlando 2015 will help support these charities that are working to end children’s cancer and grant wishes to terminally ill children.

In a statement from event organizers, “BritWeek Orlando is in its second year celebrating the British influence on Central Florida with an ambitious schedule of 10 events over 7 days that spotlight simulation, music, entrepreneurs, sports, real estate, and art. We are incredibly excited to be bringing the never before seen photo exhibition of British Invasion era images of the Beatles and Rolling Stones that will be on display at the Orlando Museum of Art. We are also involving both Orange and Osceola County middle & high school students to have their artwork displayed during the month of November by Merlin Entertainment at I-Drive 360. We hope that the community joins in the fun and comes to some of the exciting events we have planned.”