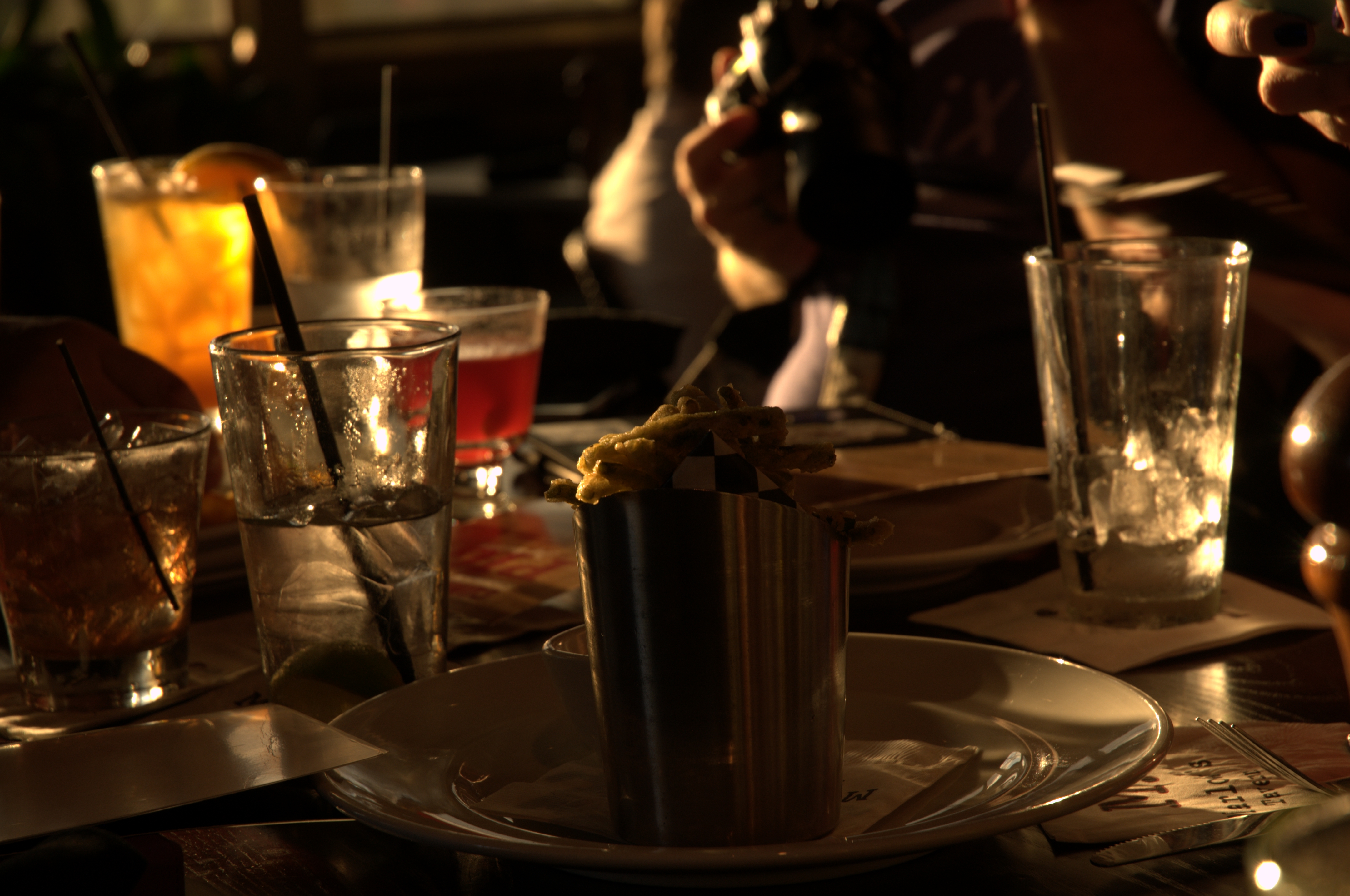 Last week, we were invited to try out Marlow’s located in Winter Park on S. Orlando Avenue to try out this year’s Ribs & Whiskey Menu which lasts now till October 19th.

I as well as my dining companion had heard about the new Marlow’s Tavern that they had built near us in Waterford but had never gone, but we have heard good things.

A new addition to the menu this year are the various sauces offered to add some more flavor to the amazing dishes on the line up, including interesting sauces like hoisin barbecue and Jack Daniel’s glaze.

Of course I had to start the night off with a drink.

I for one love Sweetwater and I love brown ales as well, and when I had found out that they were serving Sweetwater’s take on the brown ale, I had to try it.

When I think of Sweetwater, I think much lighter beers or IPA’s – and this perhaps is one of my favorite brown ales in a while, the flavor profile was rich, with malty aromas with hints of toffee it was smooth to the taste buds.

I had just come off of work and was deathly hungry, so the soup was hearty and welcomed. It was reminiscent of a hearty soup that your mother used to cook when you were ill.

Each ingredient in the dish came together and none of which overpowered each other, setting the mood for more of the flavorful dishes that night.

I love fish among all the other foods that I keep close to my heart, and the salmon was cooked to perfection – smooth, savory, and full of flavor, and paired well with the tiny green bean casserole and onions.

And of course for dessert, equipped with our full stomachs and fortitude we dug in to this bread pudding, a creme brûlée soaked cuban bread with a little splash of Jack Daniel’s.

MARLOW’S TAVERN GETS SAUCY THIS FALL WITH RIBS & WHISKEY

Guests will find an assortment of seasonal fare on the menu, including:

Daily Smoke-House Flatbread– Slow-roasted pulled pork, basted with our secret sauce and the best ingredients the farm has to offer

Plenty of boozy cocktails and liquid refreshments serve as the perfect complement:

Pabst Blue Ribbon WI ABV 4.7% – Brewed in America and served tall just like you like it, this classic beer for those with the classiest of taste, “tastes so good when it hits your lips”

Boulevard Smokestack Double-Wide IPA ABV 8.5% – From the heart of America, brewed in the smokestack with double the hop, double the body, caramel, toffee-like malt and amber brown with intense floral and pronounced citrus hop aroma

“We look forward to bringing the celebration menu back each year because it signals the start of fall and the return of some truly delicious barbecue,” said John C. Metz, executive chef and co-founder of Marlow‘s Tavern. “Personally, I’m a big fan of grilling; especially as I’m tailgating at Penn State or in the infield at NASCAR.”

For fellow tailgaters and home grillers, Metz recommends starting with the very best steak, ribs and brisket. Then, preheat the grill until it is blistering hot; that’s the only way to sear in the juices. As for seasoning, Metz says salt and pepper are your friends.

“An ice-cold beer by your side always helps the grilling experience, too!  But really, the best way to enjoy some delicious barbecue right now is to come into Marlow‘s and let our chefs do the work for you,” Metz said.

The Ribs & Whiskey menu is available at all three neighborhood taverns in Central Florida: at Pointe Orlando on I-Drive, in Winter Park on 17-92 and at Waterford Lakes Town  Center in front of Regal Cinemas.

Marlow’s Tavern features classic American tavern fare served with a unique culinary twist in a comfortable, yet modern atmosphere. Established in 2004 in Alpharetta, Georgia Marlow’s Tavern has continued to grow with its first Orlando-area location in 2012. With more than 30 years of restaurant and hospitality experience, the partners have created signature, chef-driven food and beverage offerings to perfectly complement the warm neighborhood and contemporary feel ofMarlow’s Tavern. The restaurant opens daily at 11:30 a.m. to serve lunch, happy hour and dinner.