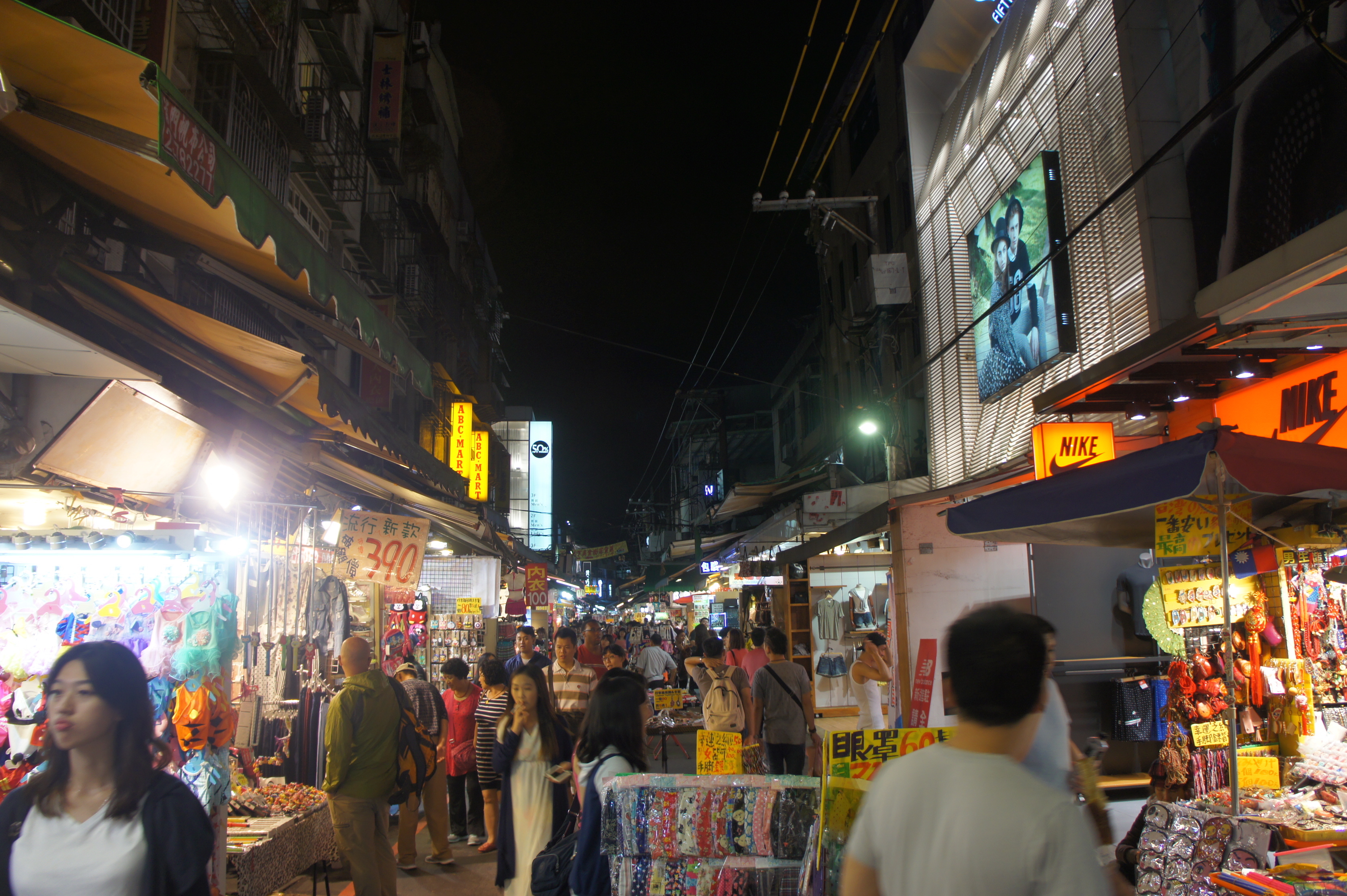 Taiwan has a long tradition of great food – from the native Taiwanese dishes to the influences of neighboring Fujian, and eventually, Japanese, and the huge influx of Mainland Chinese who came to Taiwan after 1949.

These people all brought with them their own regional specialties, making Taiwan the perfect melting pot for Chinese street food.

The country is beautiful, the people are kind, and the food is some of the best in the world. No wonder it often ranks high on the lists as a foodie destination, known for its many night markets and vibrant, dynamic food culture. 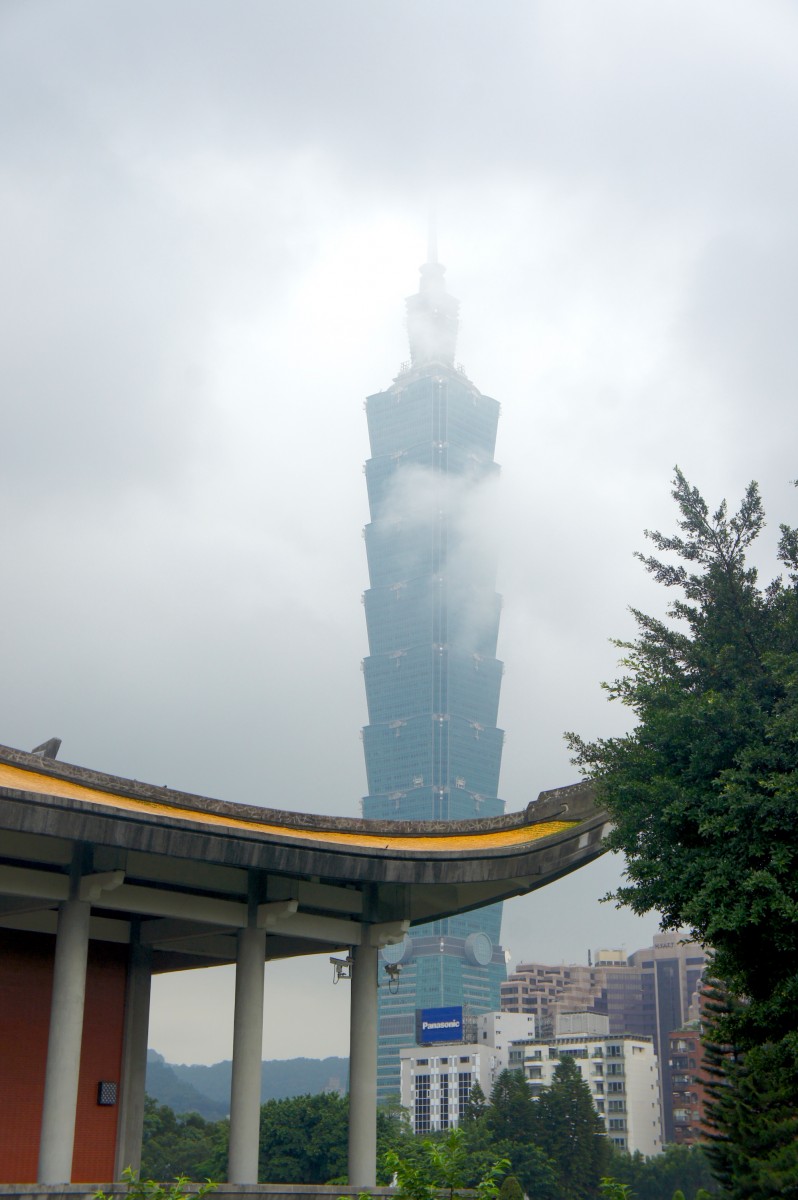 Here are some of our favorite top 10 must eat street food dishes to get while in Taipei, Taiwan:

Stinky tofu, or chòu dòufu, is a form of fermented tofu that has a strong odor – some say it is reminiscent of strong body odor – popular in Taiwan as a street food dish. The traditional method of producing stinky tofu is brining in a mixture of fermented milk, vegetables, and meat. You can tell right away when you walk by a stinky tofu stall whether in a subway station or at a night market. Despite its pungent smell – giving it the nickname as the “blue cheese” of tofu – it is quite delicious. For the best stinky tofu, visit the old Shenkeng tofu street on Shenkeng Street in Taipei, Taiwan.

Oamisoir is a popular noodle soup dish containing oysters and misua (Taiwanese vermicelli) and some times pork intestines. The unique tan brown color comes from the caramelization of the wheat noodles used in the dish and it can be found at street food stalls through out Taipei from Shilin Night Market to Ningxia night market. 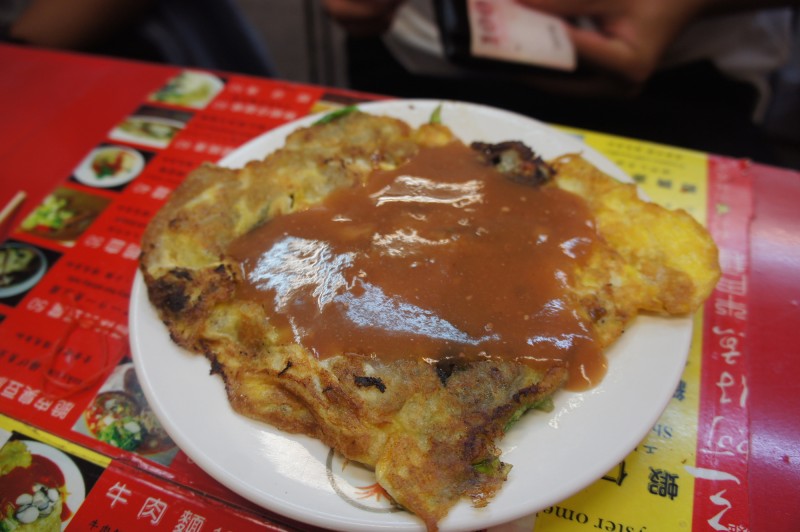 Oyster Omelette is often sold in night markets, consists of an egg omelette with a filling primarily composed of small oysters. Starch (typically potato starch) is mixed into egg batter, giving the dish its thick consistency. A savory sauce is often poured on top of the omelette for added taste. 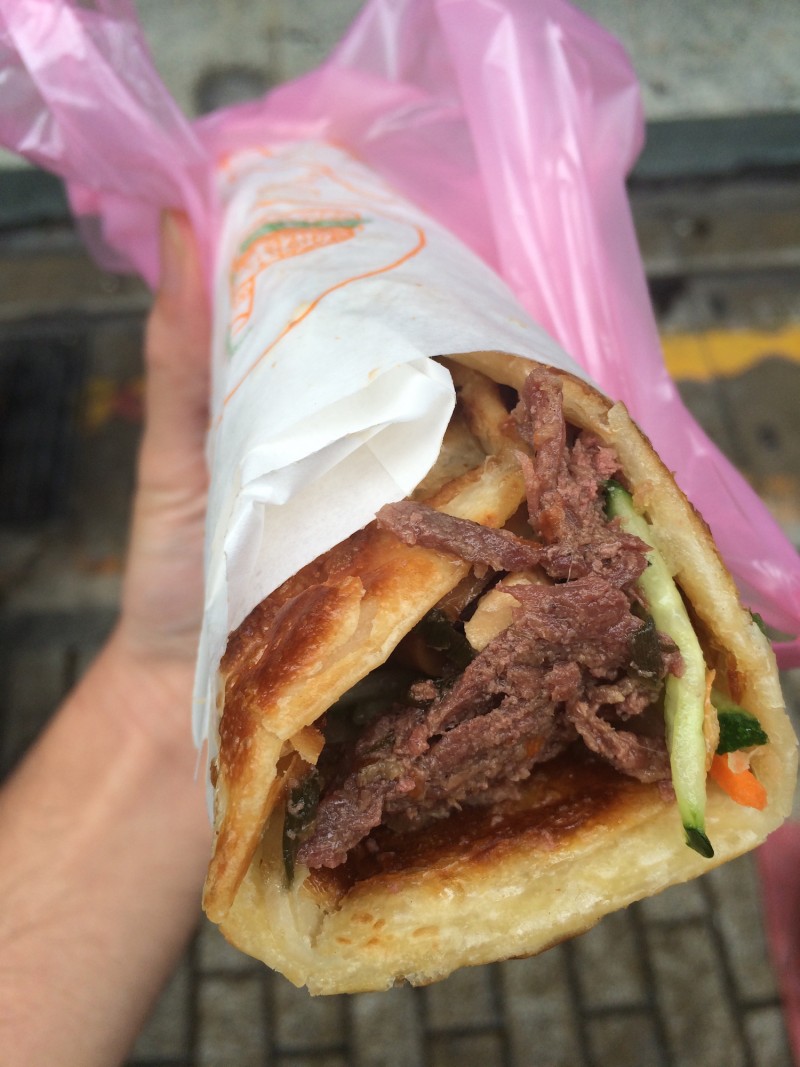 Jian bing, a traditional snack that’s often eaten for breakfast, is a fried crepe made from a batter of wheat and grain flour that is fried on a griddle with an egg and beef, and can be topped with scallions, and cilantro. It’s like a delicious Chinese morning breakfast burrito. 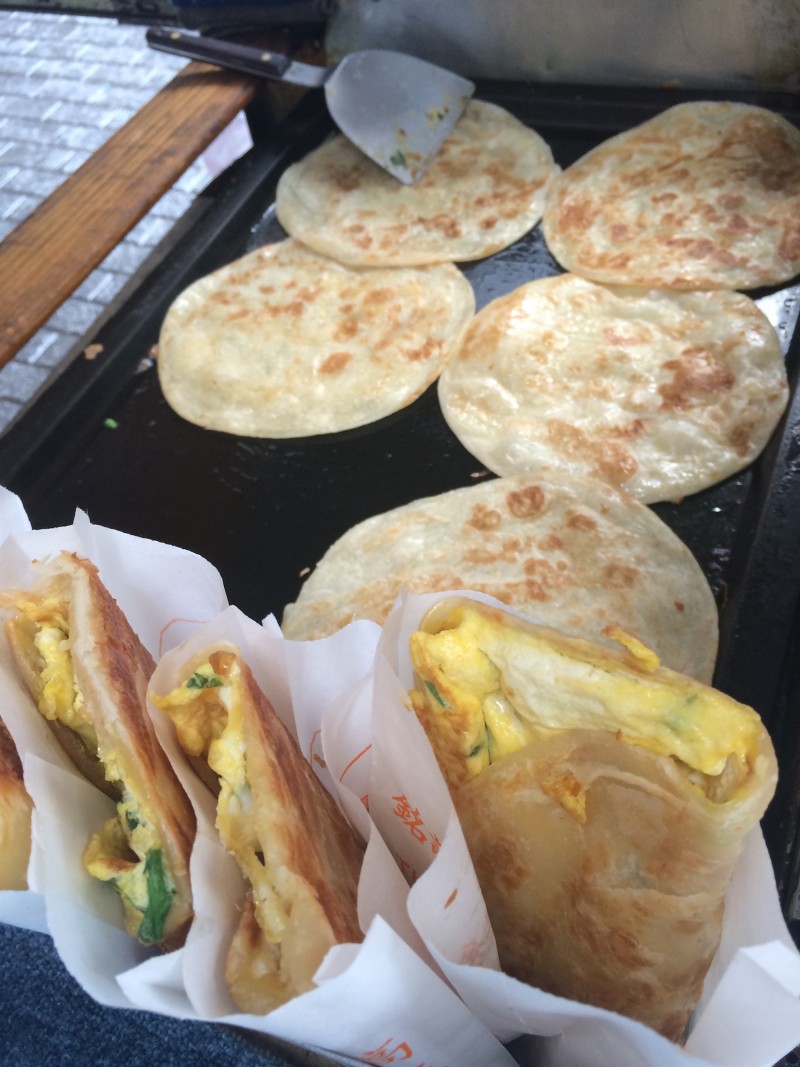 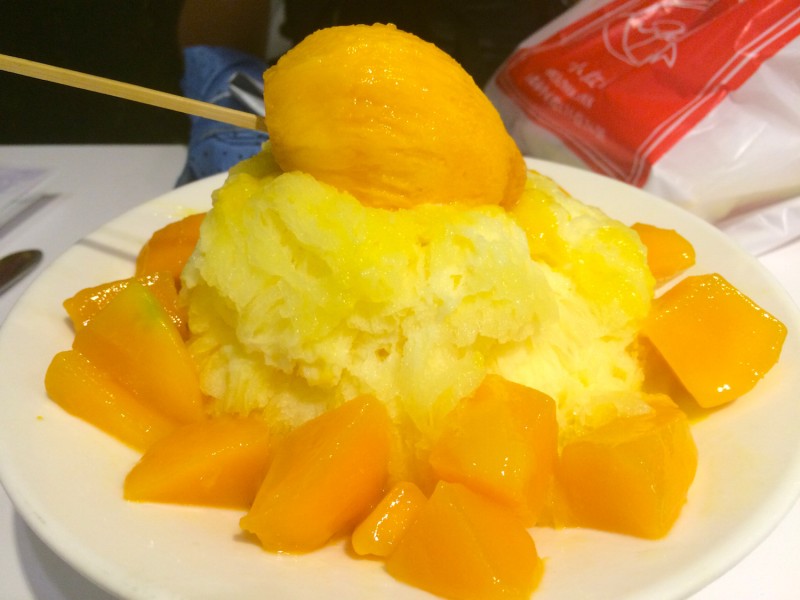 The perfect way to fight off the summer heat – try the mango shaved ice dessert – made with heavenly, delicate shaved slivers of creamy ice (known as bao bing in Chinese) and topped with chunks of mango fruit and condensed milk or syrup. Other toppings include mung beans, strawberries, sweet potato, taro, and more. 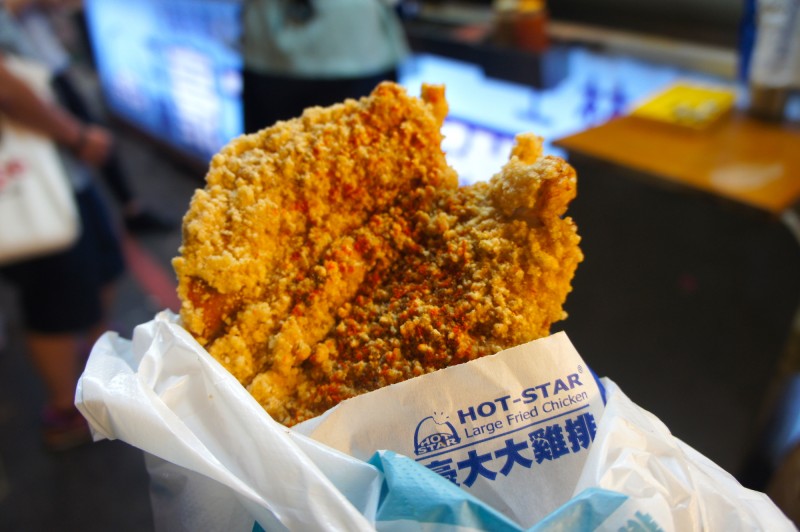 Hot Star Large Fried Chicken serves their deep fried chicken breast in form of a large cutlet, spiced with garlic powder, Chinese five spice, sugar, and other chili spices. The chicken is as large as your face and is a fun street food to snack on as you explore the night markets, particularly in Shilin night market. 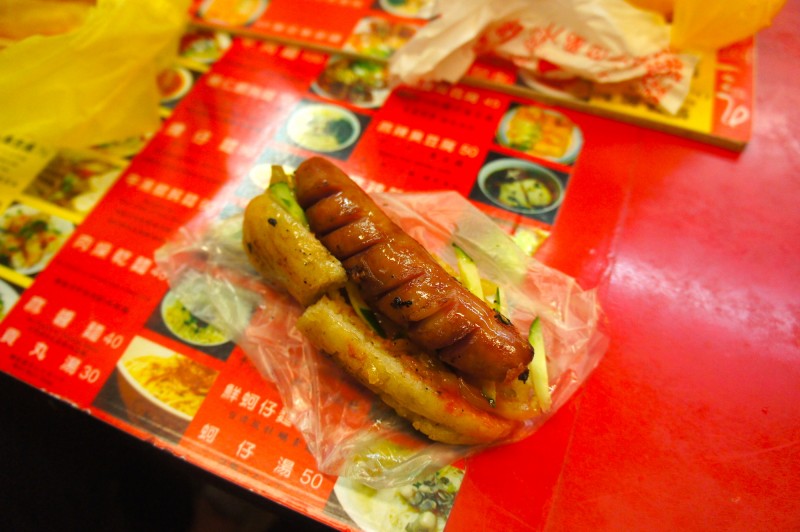 Small sausage in large sausage (literally: “small intestine wrapped in large intestine”) is a made of sweet and savory Taiwanese pork sausage wrapped in a sticky glutinous rice “sausage” bun and chargrilled and served with garlic and sauces, similar to a Chinese hot dog. 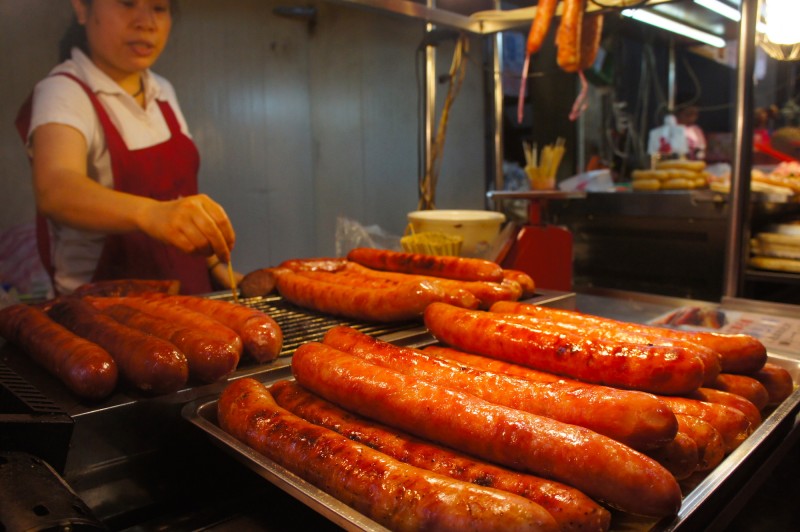 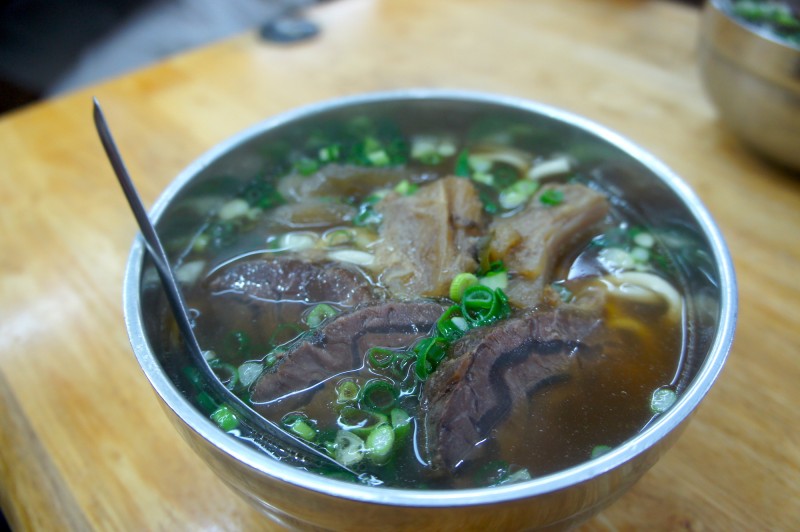 Beef noodle soup is a the national soup of the Taiwanese made of stewed or red braised beef, beef broth, vegetables and Chinese noodles – often stewed and simmered for hours. Beef noodles is served with suan cai (Chinese sauerkraut) on top along with scallions. In Taiwan, at beef noodle soup shops you can also find cold side dishes, such as braised dried tofu, seaweed, or pork intestine. 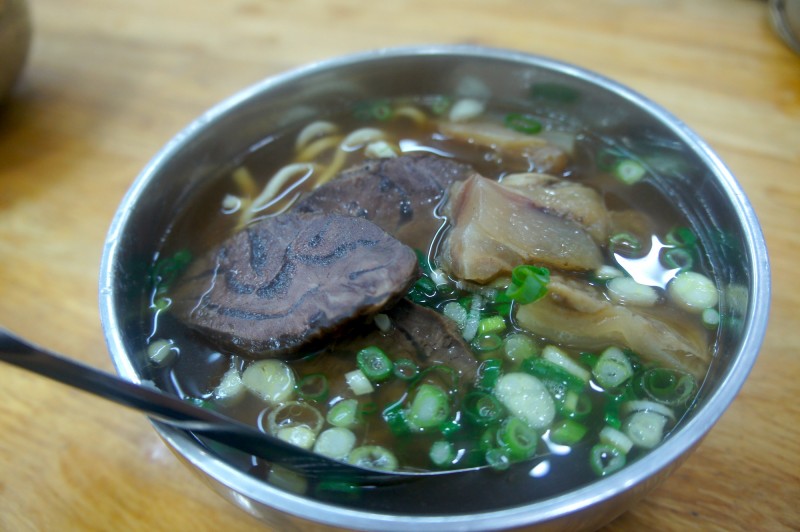 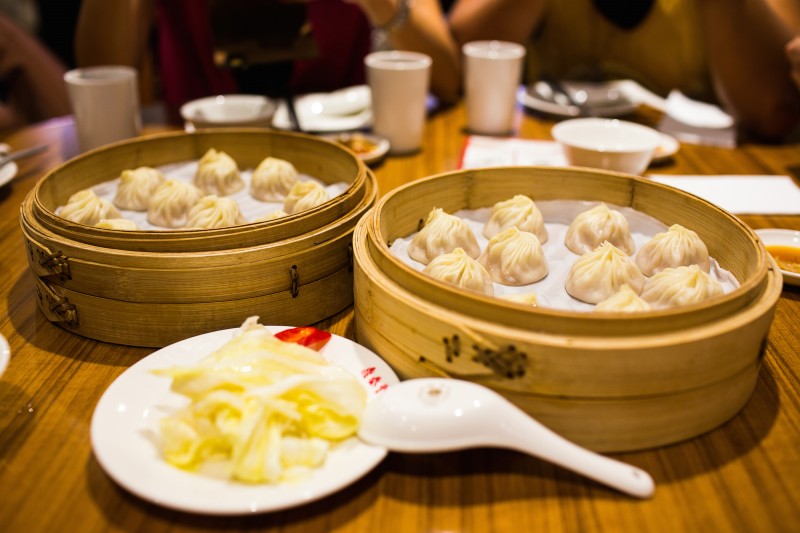 Originally from Shanghai, xiaolongbao soup dumplings at the renown, Michelin starred Din Tai Fung are silky smooth and are a must try for those visitors to Taipei. Xiaolongbao are filled usually with either pork or a combination of pork with minced crab meat and roe. The soup inside the dumpling is created by steaming the gelatinous meat aspic soup that melts during the steaming process. 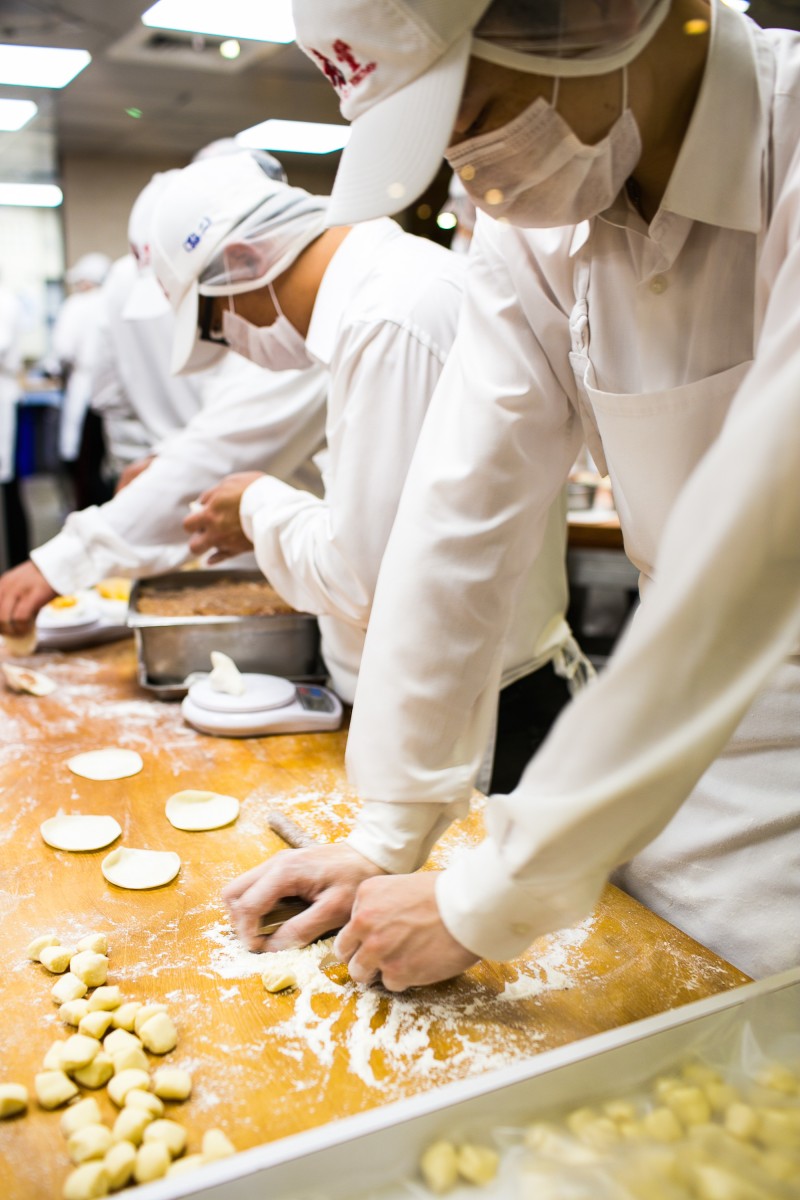 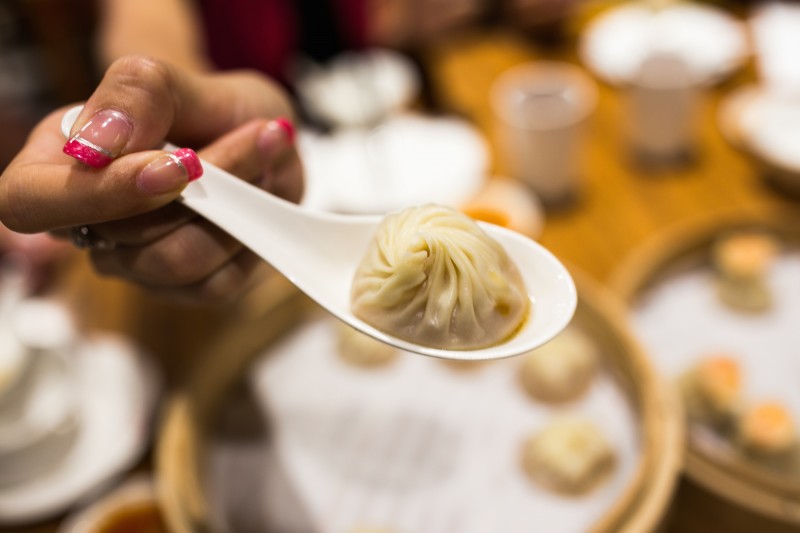