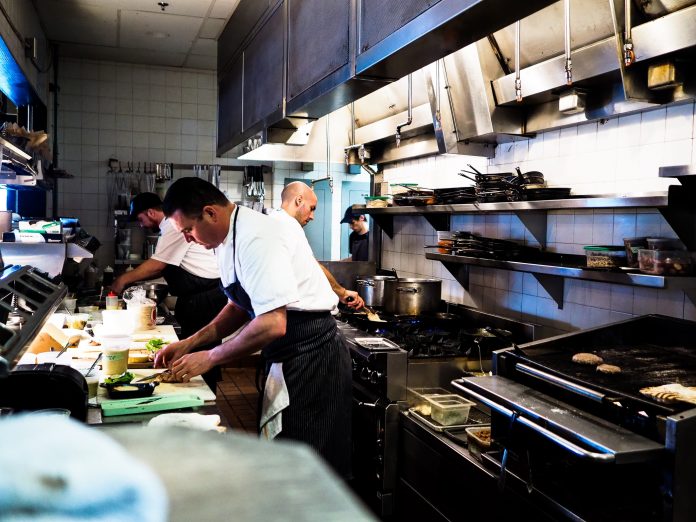 When I heard that The Ravenous Pig, the critically acclaimed gastropub on Fairbanks Avenue in Winter Park, Fla., had announced chef Camilo Velasco as the new lunchtime chef de cuisine – I knew that I needed to pay a visit as soon as possible. 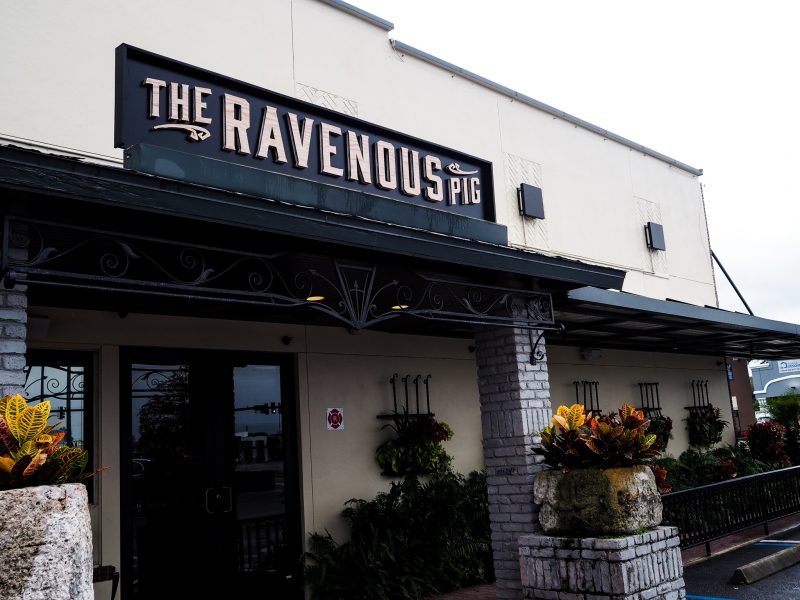 Chef Velasco comes to The Ravenous Pig from 1921 Mount Dora, where he served as executive chef under the restaurant’s former chef-partner and James Beard Award-winner, Norman Van Aken. Previously, Velasco was responsible for developing the brunch, lunch and dinner menus at Barnie’s Coffee Kitchen in Winter Park. 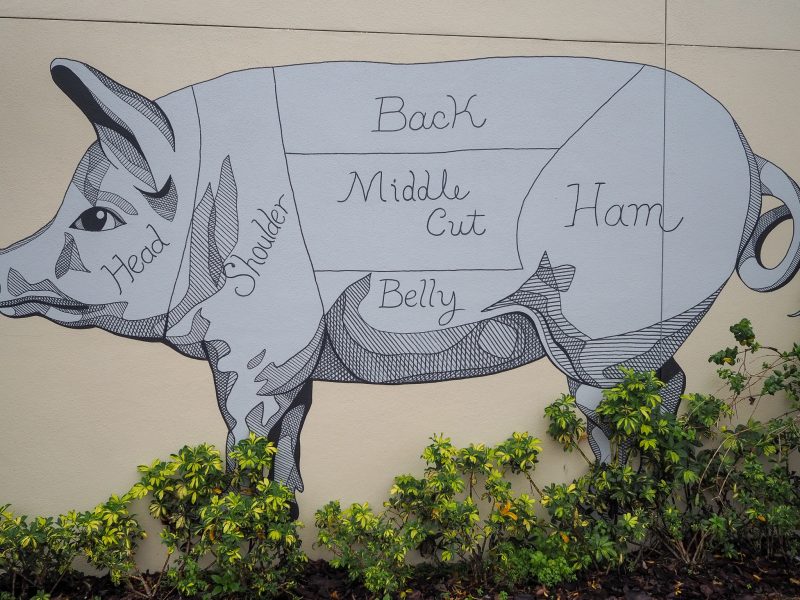 He also had a stint as executive chef at NORMAN’S at the Ritz-Carlton Grande Lakes, and he trained under another name familiar to the James Beard Foundation, chef Scott Hunnel, at AAA Five-Diamond restaurant, Victoria & Albert’s. 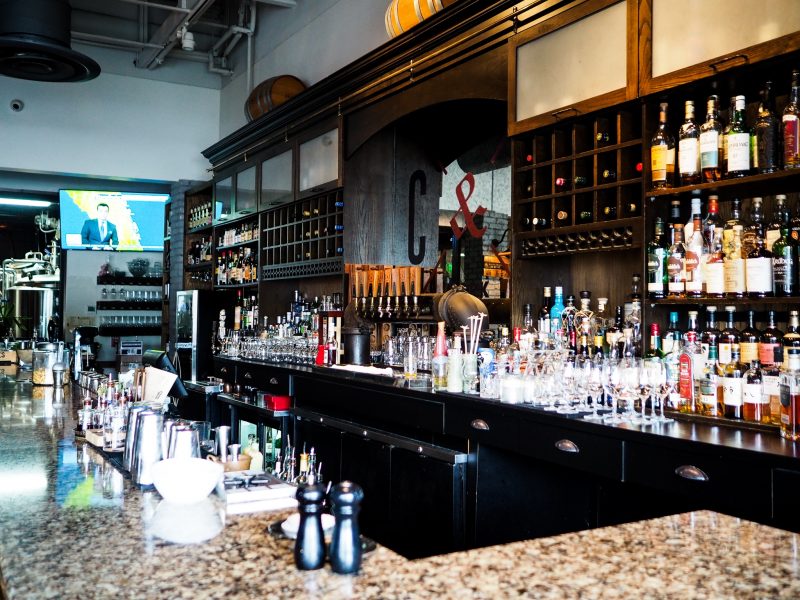 In his new role at The Ravenous Pig, Chef Velasco will manage the kitchen during daytime hours, and develop the lunch, brunch and happy hour menu. 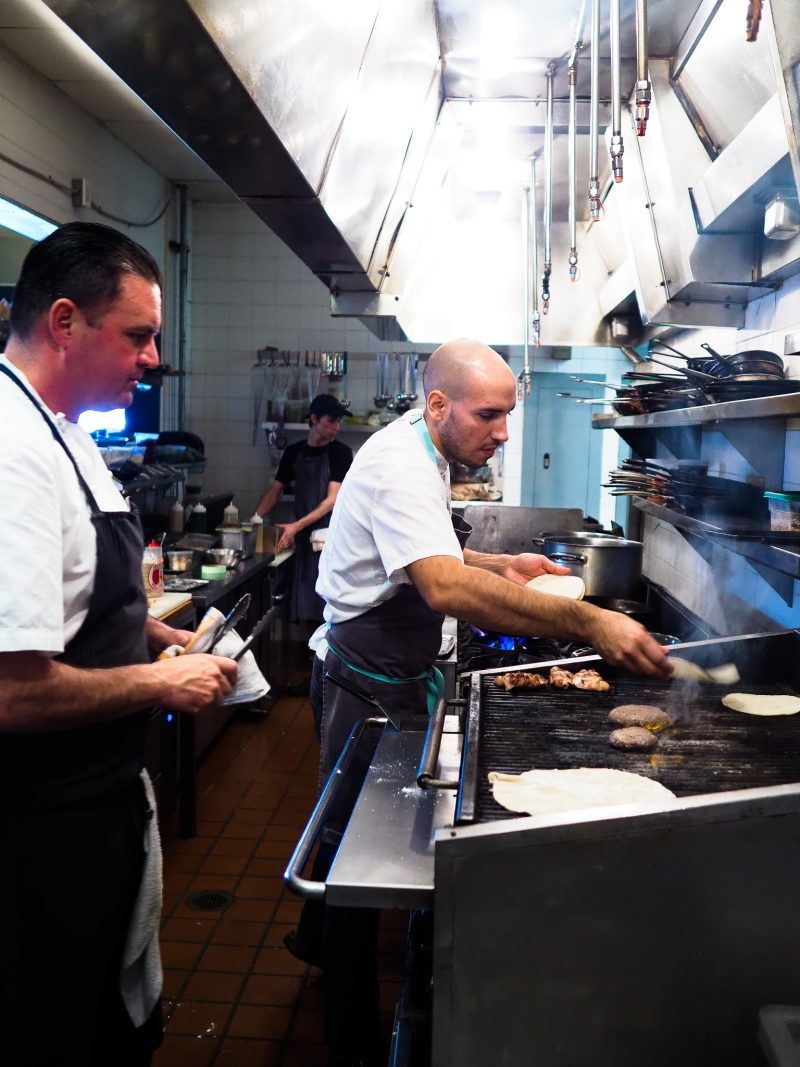 With The Polite Pig at Disney Springs, Cask and Larder at the Orlando International Airport, the growing “Swine Family” brand led by chef/owners James and Julie Petrakis, you could imagine how refreshing it was to see Chef Petrakis – the man himself – in the kitchen at lunch time, on the line and putting out the latest dishes for service that day, right along side Chef Camilo Velasco. 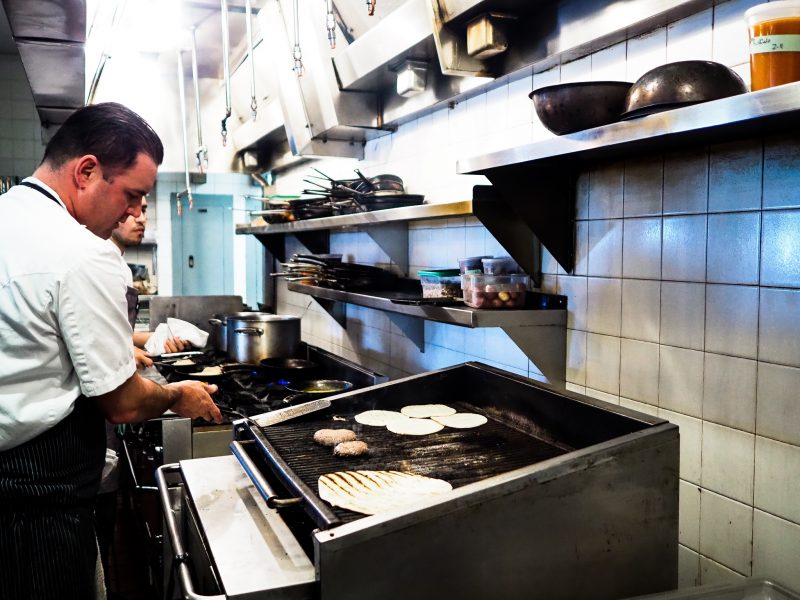 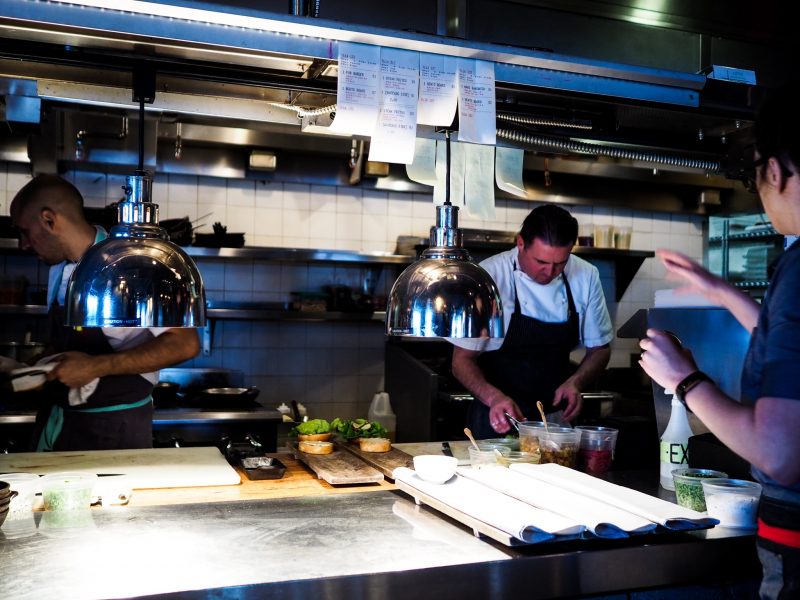 There’s a few new dishes as mentioned before on the list, including the Lamb Pita, a dish that hearkens to Chef Petrakis’ Greek heritage, a hearty pita sandwich with harissa spiced lamb, fried chickpeas, hummus, sweet gooseberries, pickled onions, and a touch of tumeric spice. It’s probably one of my favorite things I have eaten this year so far! 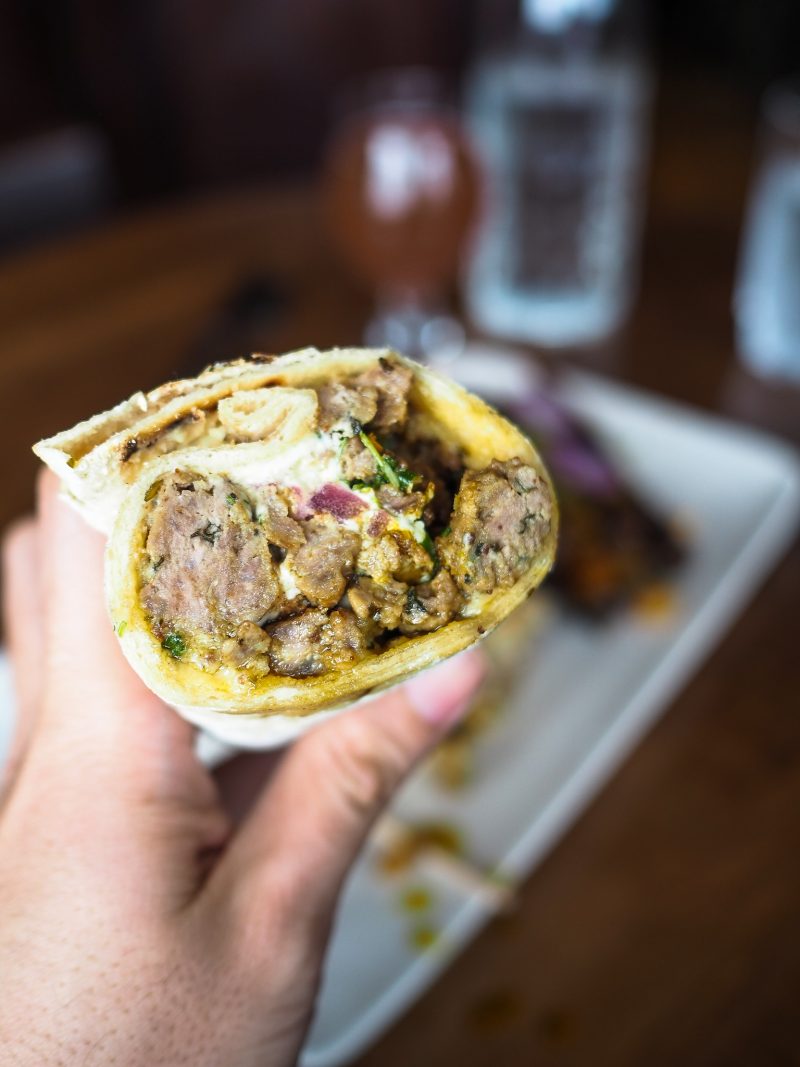 Another favorite of the seasonal menu – the sultry, earthy Mushroom Pasta – full of the flavors of harvest fall, with lots of root vegetables and mushrooms – celery root puree, roasted wild mushrooms, purple radish, mushroom broth, and brown butter. It’s a work of art to see and taste. 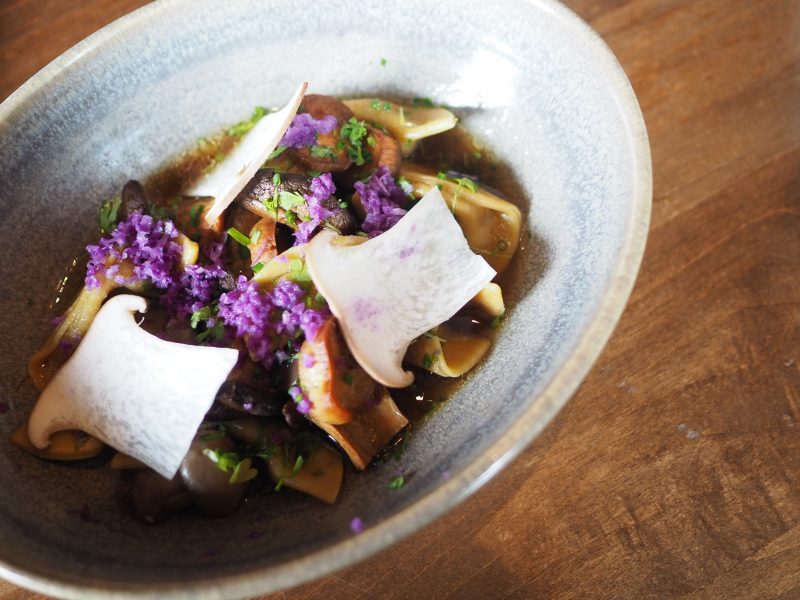 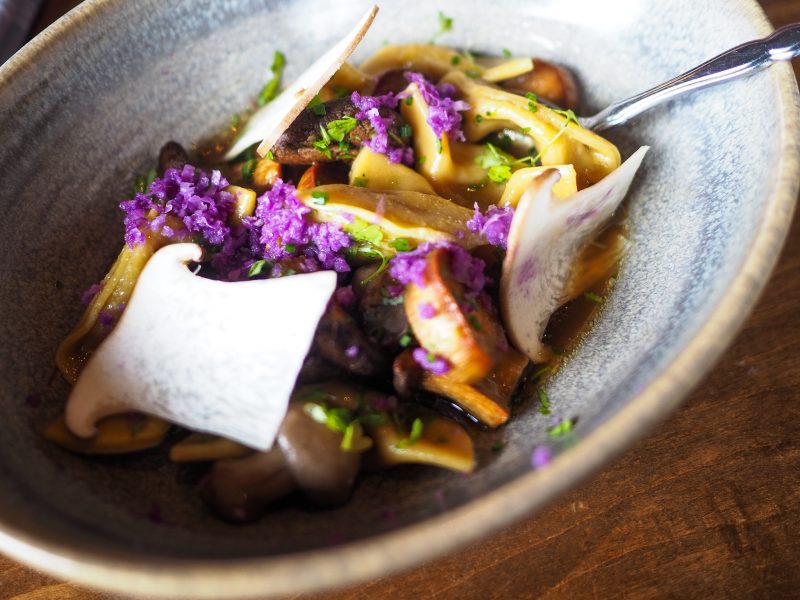 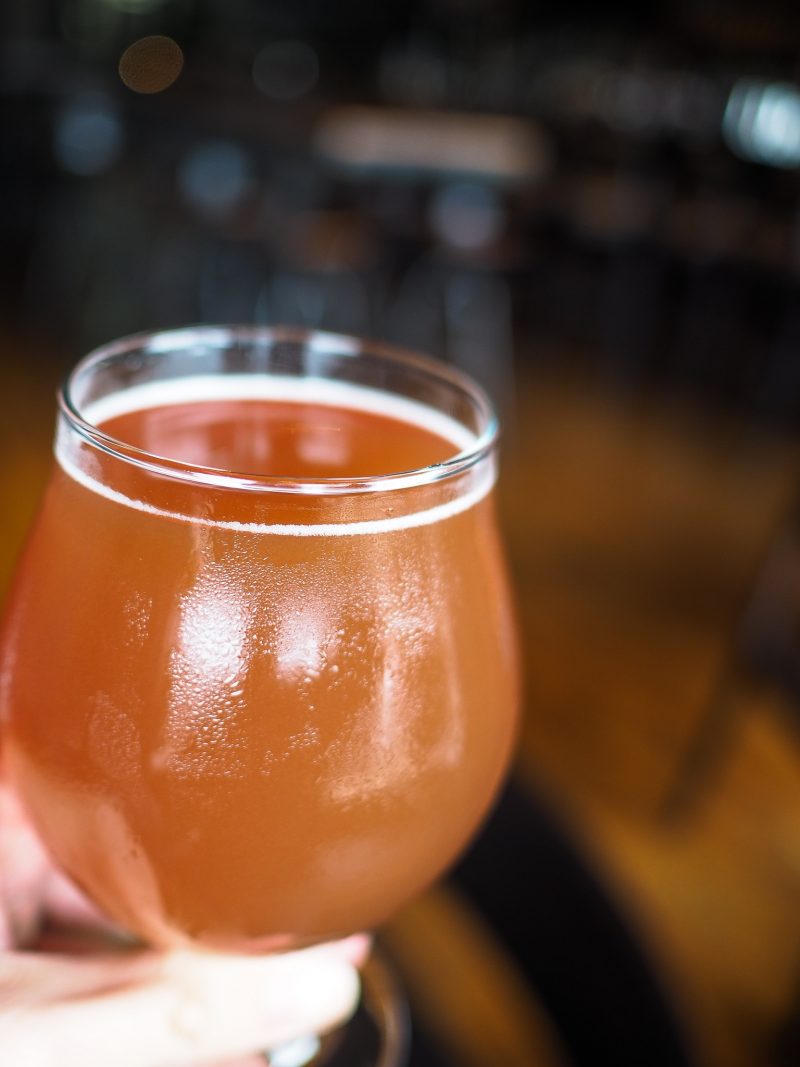 Several new dishes have already made their way onto the menu, include: 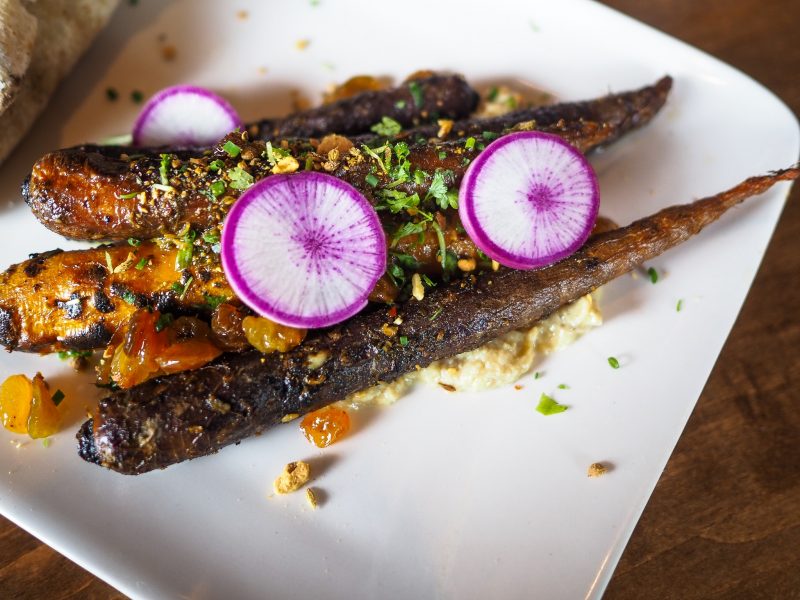 At brunch, guests can sample three new menu items, including:

To showcase Velasco’s talents and emphasize their new daytime offers, The Ravenous Pig has also announced that they will extend their original opening schedule with continuous service seven days per week.

“With vast knowledge and experience working with fresh, sustainable and seasonal ingredients at some of Orlando’s best restaurants, Camilo will be a tremendous asset to the team. His addition will allow for Chef Nick, Julie and I to oversee the brand as a whole in order to focus our efforts on various new projects on the horizon for the Swine family,” said Chef/Owner James Petrakis.

For more information about The Ravenous Pig, visit TheRavenousPig.com.

About The Ravenous Pig: 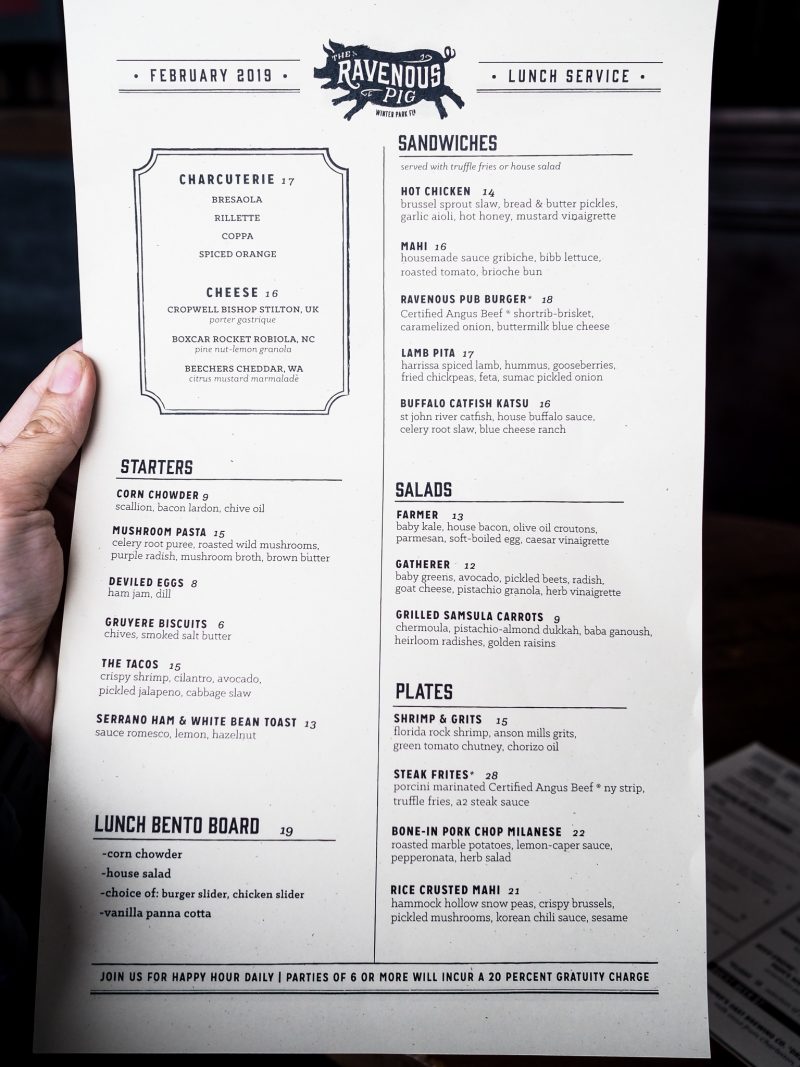 Magical Dining + The Generous Pour at The Capital Grille