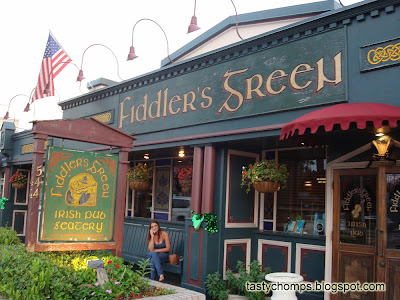 Ireland is a land most of us know only from commercials for Irish Springs bar soap, Lucky Charms cereal, and St Patrick’s Day “celebrations”. But of particular interest to this blog, is that the beginning history of the Irish in America is intricately linked to food.

Potatoes had been introduced into Ireland from the Americas in the second half of the 16th century, initially as a garden crop and eventually came to be the main food crop of the poor.

Today at Fiddler’s Green Irish Pub and Eatery, the food and beer (they had previously won Best Beer Selection by citysearch) are quintessentially Irish-American cuisine, characterized by its use of potatoes in addition to carrots, beef and lamb.

The wood-framed walls of Fiddler’s Green are the color of melted milk chocolate, a dark brown blending to black. Dim lights scattered throughout the restaurant, revealing the dark-wooded booths and chairs and creating the perfect mood for a night of drinking fun.

I imagined myself in some quaint old-world pub off a brick-laid sidestreet easily found in Ireland.

On this night, I visited Fiddler’s Green with a group of friends, most of whom were unfamiliar with Irish cuisine, including myself.

The first appetizer, ordered by my good friend Sarah, was the Boxty Potato Cakes with Smoked salmon ($7.95), a traditional Irish potato pancake cooked on a griddle. 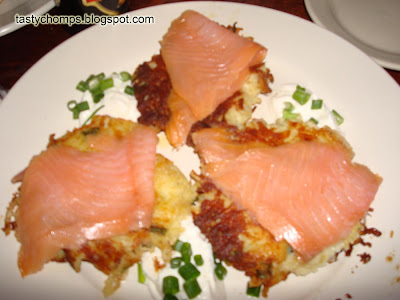 
“Is it like hash browns?” I asked Sarah. “Kind of but not really, its much thicker, had more of a potato taste and then with the salmon complemented it with a unique taste, it just meshed right together.” she replied. I ordered the Wexford wings ($6.95) ten large wings “Blimey” style, fried once then dipped in hot sauce and then fried again, created, I was told, by a patron of the restaurant years ago. The wings were large and crispy, slightly dry but with the special hot sauce, they were perfect. 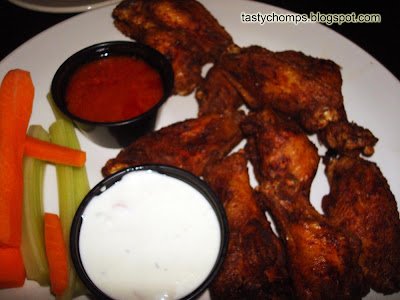 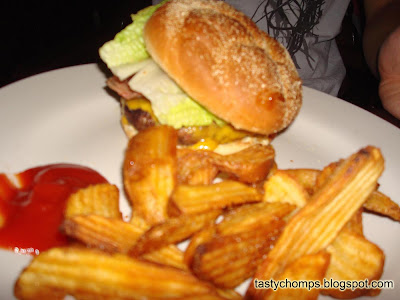 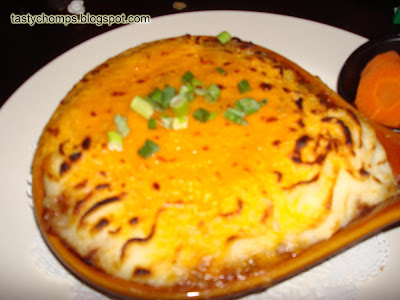 Shepherd’s Pie with grated cheese ($12.45)
I ordered the Shepherd’s Pie which was ground sirloin in a rich brown gravy sauce topped with champ and veggies. Champ is a northern Irish dish, made by combining mashed potatoes and chopped spring onions with butter and milk.

I scooped into my mouth the creamy, baked, mashed potato-y champ and saucy, meaty ground sirloin. The Shepherd’s Pie delighted my tongue with its soft yet slightly crisp textures. 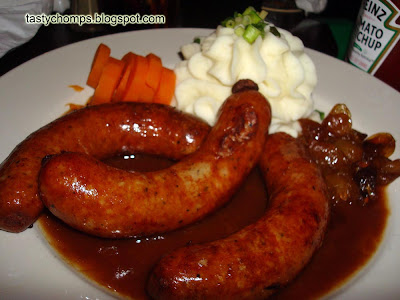 At this point my eyes wandered across the intimate, dimly lit room; the Florida summer sun began to set down on the gold-lettered, dark green exterior of Fiddler’s Green Irish Pub and Eatery. The crowd begins to get rowdy and a band begins to set up to perform on the small corner stage. Beer and whiskey flowed freely here.

Looking outside Fiddler’s Green, the ever-present sight and sound of cars and engines driving by on the facing Fairbanks Ave in Winter Park reminded me that I was still here in Orlando and not a pub tucked behind the rolling hills of Ireland.

Go for the atmosphere, drinks, and go with friends. The food is great with a drink and is definitely pub fare.