So if you checked out the MTV VMA’s (or one of their many reruns of the show) you may have noticed Lady Gaga’s meat dress.

“After arriving at the ceremony in a dress from the late designer Alexander McQueen’s final collection and then changing into a weighty, architectural gown and spiky crown by Giorgio Armani, Gaga turned heads (and we’d have to imagine noses) in her final outfit, a Franc Fernandez dress (plus boots, hat, and purse) cut together from what appeared to be slabs of raw meat.”

Here is the pic/photo from the night: 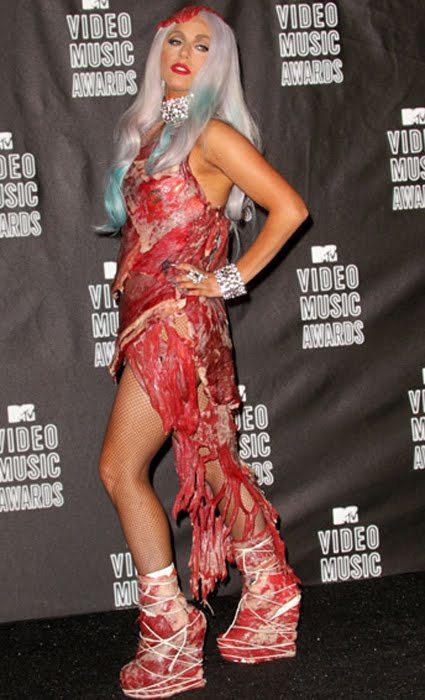