The 2012 Florida Film Festival is ramping up. Check out these AWESOME foodie events that are going on during the Festival. 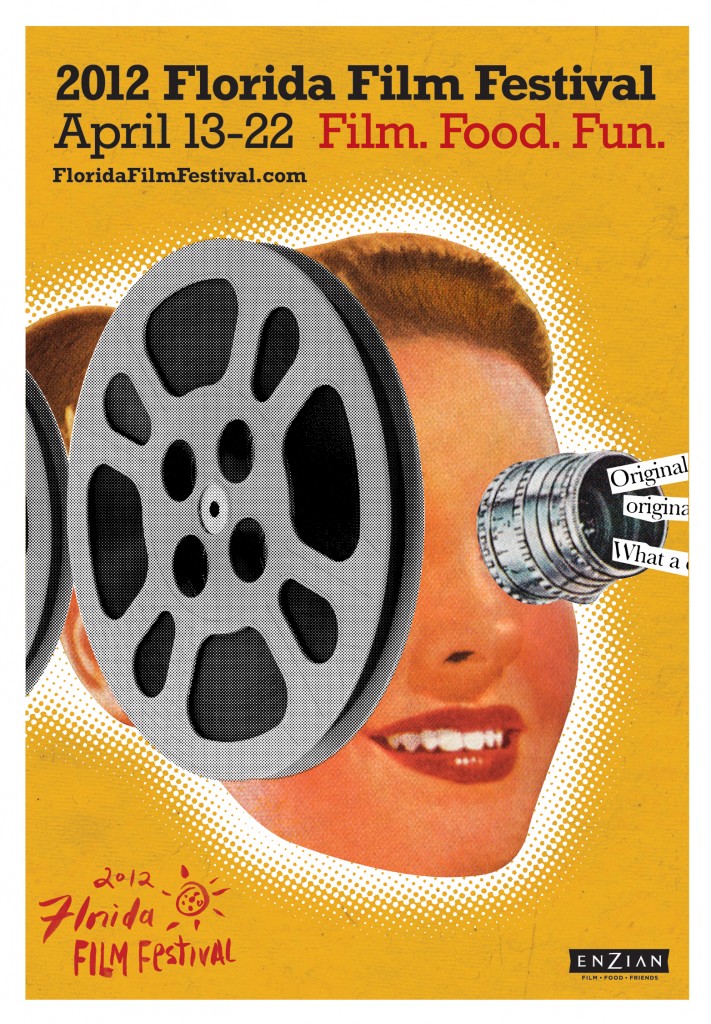 Kick off the 2012 Florida Film Festival with a delicious night of food, drink, and revelry. Jam to the folksy tunes of The Mud Flappers and dine on the best of local cuisine.  Top chefs serve up mouthwatering dishes from Eden Bar, The Ravenous Pig, White Wolf Café, K Restaurant, Black Bean Deli, Hyatt Regency Grand Cypress, and Sushi Pop!

Foodies unite for a one-of-a-kind discussion sponsored by Edible Orlando on books, blogs, television, and film presented by culinary superstars Marcel Vigneron, Chad J. Galiano, Gui Alinat, Jeff Porter, and Martha Hall Foose. These food connoisseurs will discuss everything from food fame and chef brands to how to stand out amongst thousands of foodie bloggers.  Devour the latest scoop on current topics in the food world and savor tasty treats prepared by the Enzian kitchen.  Mingle with celebrity chefs and grab an autograph or two during an exclusive meet-and-greet following the forum at Eden Bar.

Ever wonder what happens when great chefs cook for one another?  Find out at this one-time-only gathering of gastronomical geniuses. Brandon McGlamery, the visionary LUMA ON PARK and created PRATO, hosts an intimate five-course dinner in his private dining room, exclusively prepared for a few very special people: visiting chefs, special patrons, and YOU. Don’t miss this fun and festive event, which is sure to sparkle with personality… and be remembered for years to come!  Food, wine, and celebration take on a special quality when it is shared with folks who really appreciate it!

There is simply nothing better than cutting edge cinema and incredible food. On the Tuesday of the Festival, Whole Foods Market is pleased to offer Festival patrons a delicious sampling of their fine fare in an exciting between-film reception at Eden Bar. This complimentary tasting reception is certainly a “can’t-miss”!

On both Sundays of the festival, enjoy a delicious brunch of frittata, homemade biscuits and gravy, and other favorites. Meet new festival friends and reminisce with old ones while sipping on a mimosa in the tropical locale of Enzian’s Eden Bar. These brunches are just what the doctor ordered for the morning after (or before) a full day of film viewing!

Three Stars
Enzian – Saturday, 4-14 1:45 pm
DIRECTED BY LUTZ HACHMEISTER
GERMANY, 2011, 94 MIN
IN ENGLISH, GERMAN, FRENCH, ITALIAN, AND SPANISH WITH ENGLISH SUBTITLES
SOUTHEAST PREMIERE
Sponsored by Consulate General of the Federal Republic of Germany in Miami and the Honorary Consul of the Federal Republic of Germany in Orlando
Since 1926 a Michelin star has been a coveted award that translates into fame and fortune for a chef and his restaurant. Three stars, Michelin’s highest rating, means “exceptional cuisine, worth a special journey,” the equivalent of an Academy Award®. Who reviews these restaurants? How are these treasured stars awarded? THREE STARS sheds light on those questions through interviews with Jean-Luc Naret, the Guides’ evasively polished director, and plows through the controversies to which they give rise. Ten celebrity chefs from three countries are featured in their kitchens, gardens, and fields discussing the merits and travails of being three-starred. Featuring Jean-Georges Vongrichten (Jean-Georges), Yannick Allénoe (Le Meurice), Juan Mari & Elena Arzack (Arzack), Sven Elverfeld (Aqua), Sergio Herman (Oud Sluis), Hideki Ishikawa (Ishikawa), René Redzepi (Noma), Olivier Roellinger (Le Coquillage), and the luminous Nadia Santini (Dal Pescatore), this film presents a rare opportunity to visit great chefs where they work and live. Watch for Jiro Ono!
PRECEDED BY
Zergüt
DIRECTED BY NATASHA SUBRAMANIAM AND ALISA LAPIDUS
USA, 2011, 6 MIN
SOUTHEAST PREMIERE
In this modern day Fantasia, animated foods in an overstuffed fridge do battle to Prokofiev. Will the fresh or the rotted win?

Jiro Dreams of Sushi
DIRECTED BY DAVID GELB
USA, 2011, 81 MIN, RATED PG
IN JAPANESE WITH ENGLISH SUBTITLES
FLORIDA PREMIERE
Jiro Ono, recognized by the Japanese government as a national treasure for his contributions to Japanese cuisine, may be the greatest sushi chef in the world. Yet his restaurant, humbly located in a Tokyo subway station, seats ten and serves only sushi. The Michelin Guide has awarded it three stars, which means that just to dine at the restaurant is worth a trip to Tokyo. Seats are reserved up to a year in advance and the meal costs at least $300. The title speaks to the legendary 85-year-old chef’s tireless commitment to perfecting his craft. With a score by Philip Glass, incredible shots of the work that goes into his sublime creations, a fascinating look at a tuna being rated in the famous Tsukiji Fish Market, and an intimate peek into his relationship with his son, this debut film from director David Gelb must be seen to truly understand mastery.
PRECEDED BY
Pimento Cheese, Please!
DIRECTED BY NICOLE LANG
USA, 2011, 16 MIN
SOUTHEAST PREMIERE
With a lively discussion of an iconic and much debated foodstuff featuring past FFF chefs, this film will leave you wanting more.