Festival of Chocolate this April 2012 at UCF Arena 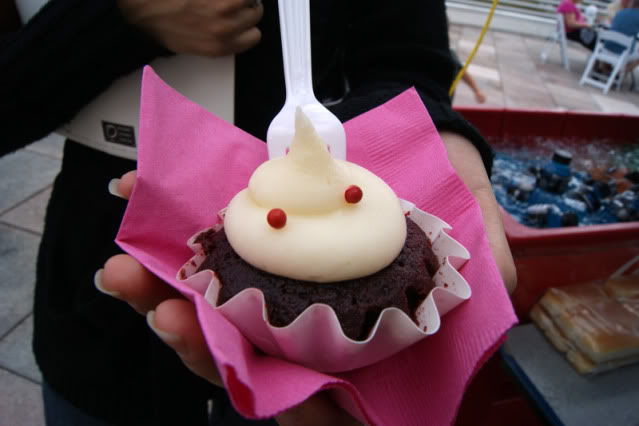 Last year, I attended the Festival of Chocolate at the Orlando Science Center and had a ball! The producers of the Festival of Chocolate have decided to move the festival this year to UCF’s Arena. If you haven’t visited UCF recently, you will be in for a pleasant surprise. The northern side of campus has been completely transformed with a new arena, shops, restaurants, and a large plaza area that hosts the annual Light up UCF ice skating rink and carnival rides during winter.

Below is the press release:

Attention Chocoholics! For anyone that has wanted to be a kid in a chocolate store…you now have your chance. The Festival of Chocolate will take place at the UCF Arena from Friday, April 27 through Sunday, April 29.

Daily tickets priced at $15.00 (adults) and $9.00 (children) are on sale now exclusively through Ticketmaster at www.Ticketmaster.com, by calling 1-800-745-3000, or at the UCF Arena Box Office. Each adult advance purchase ticket will receive two dollars in chocolate coins to spend in The Festival of Chocolate and chance to win a spot as a Chocolate Judge. Additional taxes and fees may apply.

The Festival of Chocolate, recognized as one of the Top Ten Chocolate Festivals in the USA, returns to Central Florida and makes a new home at the University of Central Florida Arena with a larger vendor showcase, more interactive activities, and additional live competitions – all for a lower ticket price! And 2012 introduces The Cocoa Couture Fashion Show on the Chocolate Yumway.

Throughout the weekend, award-winning pastry chefs and chocolatiers host interactive demonstrations sharing techniques and tricks of the trade while live chocolate competitions give breathtaking artistic sculptures a tasty twist.

The adventurous confection crowd can whip up some chocolate lip balm and try their hand (or armpit) at creating armpit fudge. History buffs become chocolate detectives as they tour an educational chocolate-themed museum and gamers can try their luck and chocolate knowledge in Brownie Bingo, where they can eat the playing pieces!

Chocolate University taught by Chocolate Masters, A “Double-Dare You” of unusual items dipped in chocolate including crickets and jalapeños, cookie stacking contests, chocolate mustaches, a book signing, and a complimentary chocolate raffle will make The Festival of Chocolate weekend at The UCF Arena the Sweetest weekend in Central Florida.

Limited Seating Registration for Chocolate Class and Chocolate and Wine Pairings is available at www.FestivalofChocolate.com.

About The Festival of Chocolate

The Global Spectrum-managed UCF Arena is home to the UCF Men’s and Women’s basketball programs, as well as concerts, family shows and other attractions for the Central Florida area. Visit www.UCFarena.com for more information on upcoming events.