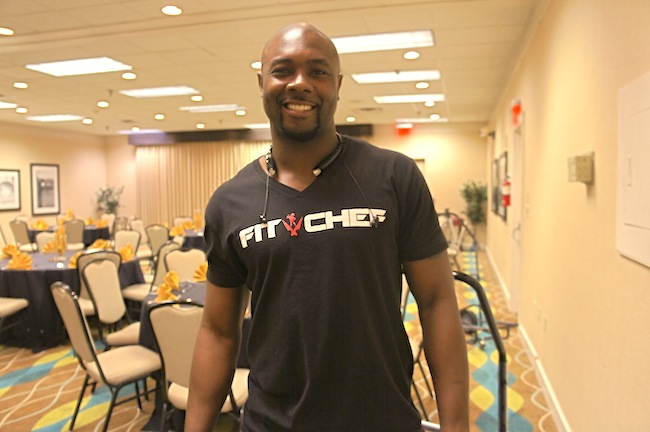 This past weekend, Fox’s MasterChef held auditions for their 5th season of the popular reality show featuring home cooks who meet and battle each other each week in creating dishes while under scrutiny of the three judges: Gordon Ramsay, Joe Bastianich, and Graham Elliot. 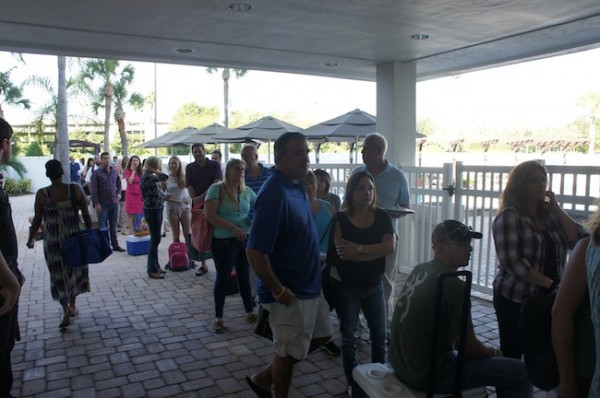 Over 100 applicants from all over the Southeast (some traveling as far away as Savannah, GA and Charleston, South Carolina) came to the Holiday Inn on Kirkman Road to let the MasterChef food experts taste and vet their prepared foods.

One of the first people in line was Michael Nightingale, a former New York State Trooper who retired and moved to Florida (that’s a familiar story!) and figured he would give MasterChef a try after being inspired by what he had seen on the show. He prepared a German influenced pork cutlet dish with spaetzle and cabbage. 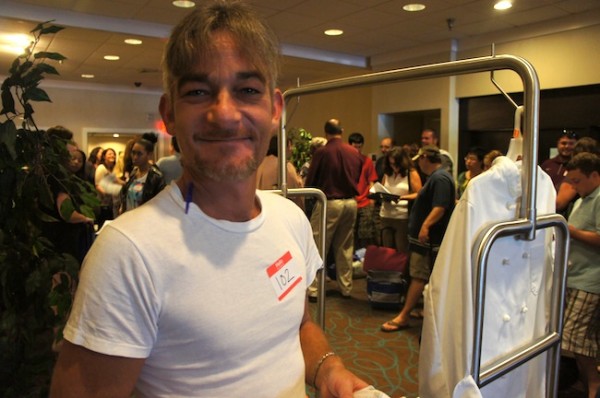 Dominic Calamari (yes, that is his real last name) also showed up early to show his cooking skills by preparing his namesake, calamari. Known for his Italian dishes, Mr. Calamari had left his job with Costco in North Carolina to take care of his father here in the Orlando area. He is still looking for work after being denied a hardship transfer from Costco and thought it would be fun to try out for the MasterChef auditions.

Kristin Curtin, Casting Producer of MasterChef Season 5 – and also a veteran of other Ramsay reality television shows such as Kitchen Nightmares and Hell’s Kitchen – was on site and gave us a nice interview about the audition and the show and what they are looking for in contestants here in Florida.

In 2013, Eddie Jackson was a contestant on Fox’s MasterChef Season 4 and advanced to seventh place before meeting his defeat at the tag team round in creating sushi rolls, a dish he was unfamiliar with at the time. He is also a retired American football cornerback, a former member of the Miami Dolphins, New England Patriots and Washington Redskins.

At the Orlando auditions this past Saturday, Eddie was on hand to give some reassurance and advice to the contestants. He actually revealed that he was on his way to Houston from Miami to join his fellow MasterChef alumni Christine Ha (winner of Season 3) and James Nelson (top 4 in Season 4). 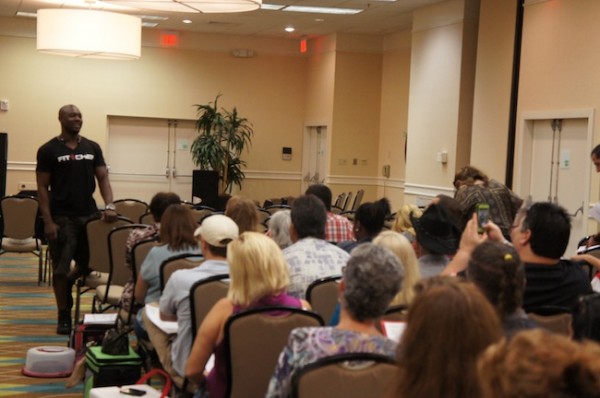 Some of the most insightful tips that he gave the crowd were:

1. Be true to yourself – when making dishes, don’t try to go too far outside of your comfort zone as it may come back to hurt you if it ends up tasting like crap.
2. What you see is what you get – the personalities of the contestants on the show was really what they were like (read: Krissi really was a b—-)
3. Bring your repertoire of skills ready – the contestants would often be given a prompt of what they would have to cook and then have to start within 2 minutes and successfully create that dish. There is no real training so be ready for whatever they throw at you. He wishes he had worked more on plating and knew more about desserts (and of course sushi rolls).

The last tip was really surprising to me as I had always thought the contestants would have some sort of guidance or workshop on how to create some of those crazy dishes like chocolate molten lava souffle’ – but they really did have to know how to recreate the dishes on the fly – and it really made me respect the contestants even more knowing that.

Eddie also revealed that he is planning a few pop up dinners with James Nelson and Christine Ha in Houston this November in Houston and will be working with James at his award winning hot sauce company, Bravado Spice, which is now being shipped out to Whole Foods. He is also working on a “moveable feast” festival, the Follow the Food Festival, that will be moving around to different cities in the US.

He gave us a quick update about his upcoming projects and what he has done since MasterChef in this video interview:

Finally, Martina Rutti of Tampa, FL talks to us about her Sherry Mushroom ravioli dish, her passion for the environment and food, and auditioning for MasterChef:

All the best of luck to the contestants from Orlando in the coming season for Master Chef! 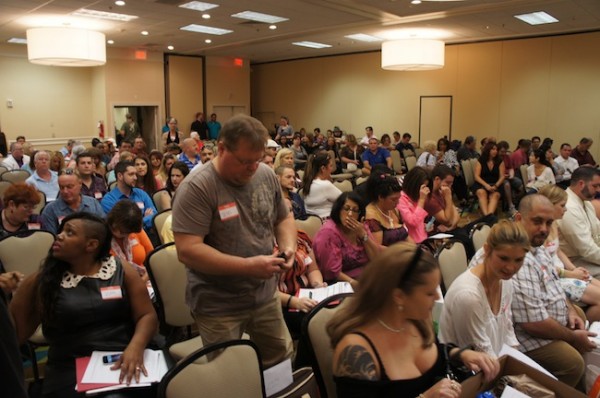 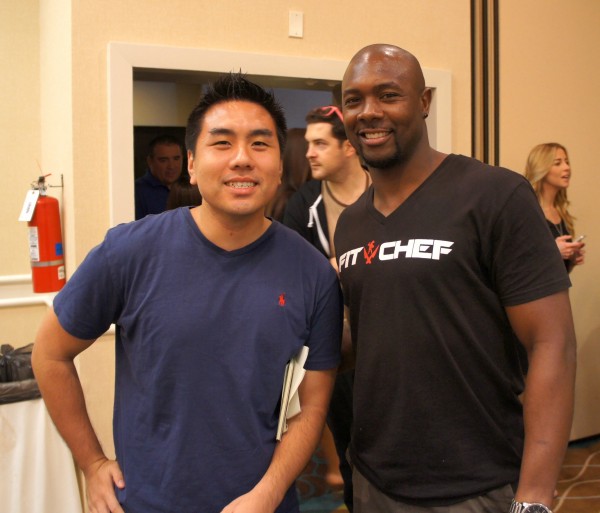