Lose weight with a Beer and Sausage Diet? 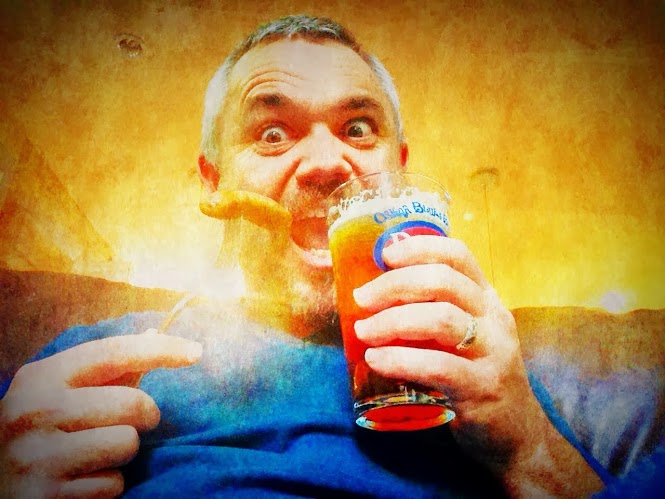 For the entire month of October, Evo Terra, a digital marketing man from Tempe, Arizona ate only beer and sausages — and lost weight and dropped his cholesterol by 30 percent. 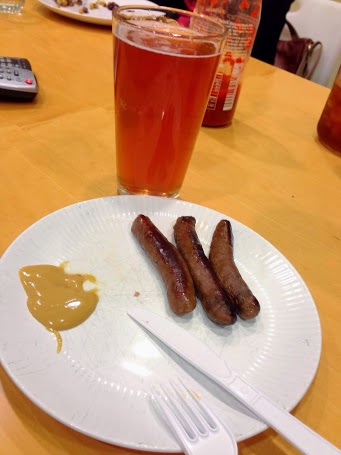 Terra developed the weight-loss diet under the medical supervision of his doctor and friend Terry Simpson. Terra’s diet restricts his caloric intake to about 1,500 calories a day, which amounts to about two sausages (of standard bratwurst size) and five beers each day.

Terra explains to Fox News (see video below) that a man of his size burns about 2,100 calories daily, so the deficit of about 600 calories means his body “sheds away the fat.”

He tells Fox News that his catchphrase for the diet is “low-grade hunger, low-grade buzz.”

In reference to Terra’s weight loss, Simpson explains that “most of it was body fat.” Simpson monitors Terra’s progress and says he would “shut down” the diet if anything proved harmful.

Terra admits to Men’s Health that the diet lacks the nutrients necessary for long-term health. He takes multivitamins to supplement his unusual diet.

Tasty Chomps: What was your daily diet like (how many sausages and beers typically?)

Evo Terra: My daily diet was, on a typical day, two average size sausages (think a normal bratwurst) and 5-6 craft beers, spread out over the day. Breakfast of a beer at 10:00 a.m., lunch of a beer and a sausage at noon, mid-day snack beer at 3:00, dinner beer and another sausage about 6:00, and then nightcap around 8:00.

TC: What was your daily exercise routine like?
ET: I don’t go to the gym or run, if that’s what you mean. I do ride a bike to and from work, but it’s a folding bike by Strida, and by no means a road bike for exercise. It’s how I get around, and I didn’t ride it any more or any less on the diet. So really, no change in my exercise routine.

TC: What did you hope to demonstrate through this diet?

Dr: Terry Simpson: This is not a diet that is for the masses – this is an experiment where we showed (although we didn’t know what we were going to show)

There is a lot we don’t know about nutrition – and this was one of a few experiments we did under very controlled conditions with a willing subject who underwent a lot of examinations and blood work.
See http://YourDoctorsOrders.com for some more results and information about the diet

TC: What do you say to those who say that eating “processed meats raised the risk higher, to about a 20 percent increased risk of death from diseases including cancer and heart disease.”?

Dr: Terry Simpson: The issues with processed meats was done based on a large population study using statistics. The issue with the study is this: it relied on people filling out a food form on a yearly basis making a guess– in our experiment we knew exactly what he ate, to the gram, as well as the effect. You cannot make broad statements when you have faulty input. Second, when you look at the Relative Risk in those studies that 20 per cent is small, you have to change from a RR of 1.3 to 1.5 – which is still not a significant risk (RR of smoking and lung cancer is 20, RR that we consider worthwhile is 3)

TC: How did the blood work results turn out?
Dr: Terry Simpson: Cholesterol, C-reactive protein, lipids, triglycerides all decreased. Fat mass decreased. No change in liver profile. Every year he did the diet he maintained some of his weight loss- that is, he gained some weight back but by no means did he gain all of it back – thus, every year he was in better shape than the year before he started the diet.

TC: Did you feel any side effects from eating sausage and beer every day (a la Super Size Me documentary?)

ET: The only ill effects noted were a low-grade hunger and a low-grade buzz all day long. I never, ever, get behind the wheel for the entire month. Not because I’m intoxicated all the time, but because it’s irresponsible and a risk I simply won’t take. And other than a general crankiness that really hit by day six, my mood was fine, too. I’m still happily married, and I didn’t get fired.

TC: How much have you lost so far through this diet and did you gain the weight back after wards?

ET: I lost 14 lbs the first time I did it, 18 lbs the second, and am down about 12 as of this morning. I’d like to see 175 by Friday morning! And as Terry said, I put some weight back on over the 11 months because I don’t keep the diet going. I try and keep my portions under control, but I’m usually back to eating too much in a matter of months. Maybe I’ll do better this time? 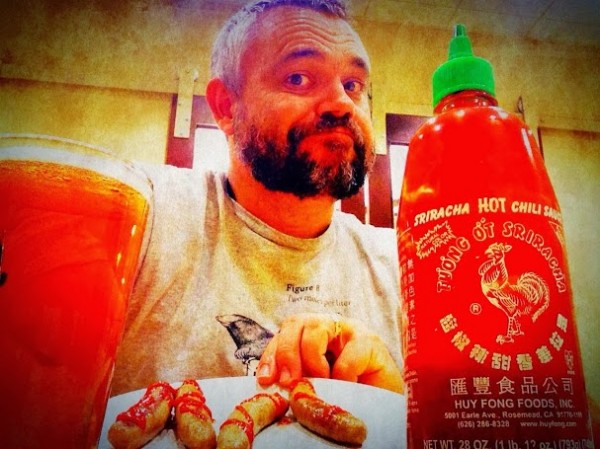 TC: What were your favorite sausages and beers during the month?

ET: Terry kicked things off for me with reindeer sausage. I’d have to say that was the standout of the month.
As for beers, that’s hard to say. I focused on drinking as many “unique” beers — a beer I’d never had before — during the diet. I managed to rack up over 100. There were certainly some I didn’t like and a few I raved about. The book (which should be out any time now) details all the beers I had, with the occasional tasting note when it made sense in the context of the day.

They will be releasing The Beer Diet (A Brew Story) book soon – http://signup.brewdiet.com/

The Occasional Vegan at Dixie Dharma and Valhalla Bakery