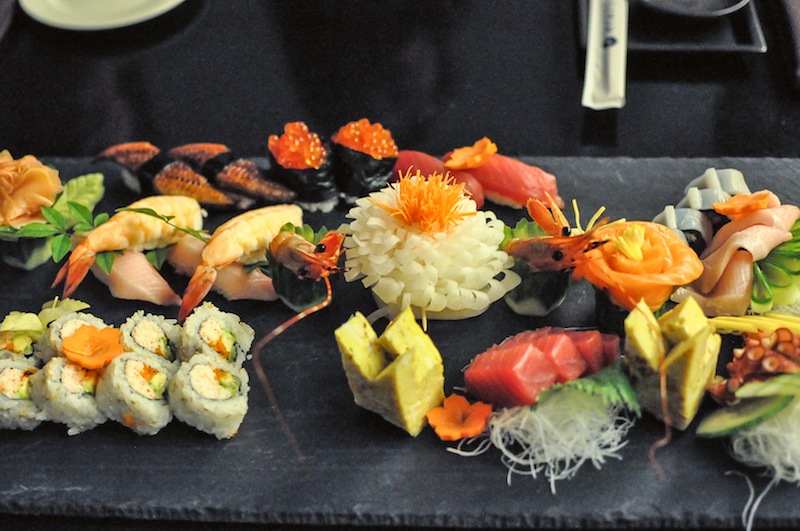 Sushi Chef Asanuma Yoshio, better known as Chef Yoshi, practices his art inside Cascade American Bistro at the Hyatt Regency Grand Cypress. Long time Orlando residents may recognize Chef Yoshi, formerly the owner of the two-decades old Sushiman restaurant in the Marketplace at Dr. Phillips, who had to close the restaurant in October of 2006 after huge rent increases from the landlord.

Since 2007, Chef Yoshi has been working his skill at the Grand Cypress, offering his high quality and delicious sushi makimono rolls, nigiri sushi, and otsumami (snacks/small plates) menu at the Cascade American Bistro.

His sushi bar is slightly hidden, off to the side with several tables allocated to it, but remains a popular choice among discerning diners and visitors to the hotel restaurant. Though he is modest, you can tell he is very proud of his sushi creations.

I only wish that his bar will also get a nice upgrade in the coming months once the renovations begin for the restaurant – something with proper seats at the bar to watch the sushi chefs at work and enjoy a nice conversation over some poured Japanese sake.

Chef Yoshi shows off his knife skills through not only beautiful flower creations cut from cucumbers and carrots, but also in the way he cuts his fish for the sushi. The key to great sushi, in addition to great sourcing of fish, lies in the sushi rice, here perfectly balanced with flavors of rice vinegar, sugar, and salt.

Chef Yoshi is a traditionalist when it comes to sushi, preferring to let the ingredients speak for themselves and avoiding the trap laid by more Americanized sushi offerings like diluting flavors with heavy mayo sauces. Makimono roll prices range from $9 for simple tuna rolls to $19 for the dancing eel roll. Nigiri sushi prices range from $3 for tamago egg to $7.50 for uni sea urchin. 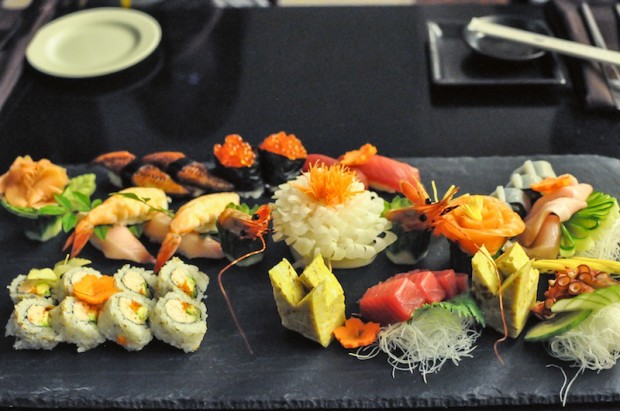 Previous article
A Night of Books and Cooks in Winter Park
Next article
Florida Home and Garden Show – Meet, Eat and Tweet at Barnie’s CoffeeKitchen!