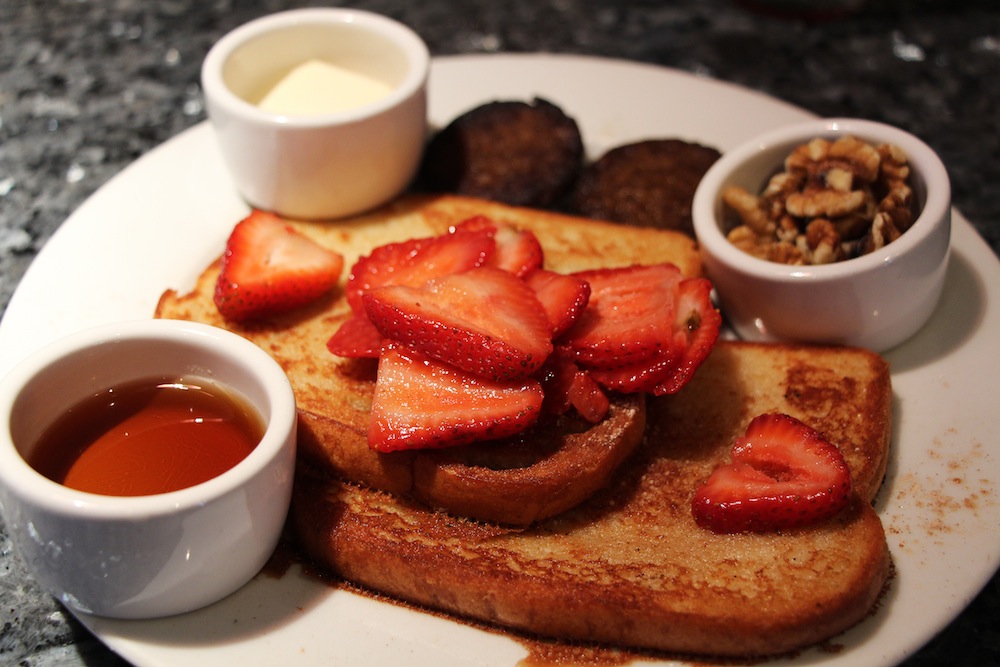 Like any other Sunday morning, I was faced with the tedious task of figuring out what to eat for breakfast. After all, no weekend is complete without a memorable Sunday brunch.

I decided to head toward Park Ave with great hope of finding a delicious brunch spot. Unfortunately, the parking situation was not in my favor, so I decided to drive away. A minute later, my eyes glanced over to Ethos Vegan Kitchen. For those of you who have never been here, they serve vegan/vegetarian cuisine – I’ve had their pizza and calzones in the past, which didn’t disappoint at all. However, I was completely unfamiliar with the brunch/breakfast scene at Ethos. The thought of vegan sausage and bacon confused me.

I walked into Ethos and was greeted by a friendly staff. They pointed me to the bar since all the booths were filled. The menu was easy to follow; they were serving up the usual breakfast assortment in a vegan fashion: eggs, french toast, cinnamon buns, bacon, etc

My brunch started with  freshly brewed iced tea, or at least that’s what I was told it was. Unfortunately, the tea was bitter – probably due to over-steeping or poor tea quality. I should have trusted my instincts and ordered a mimosa. 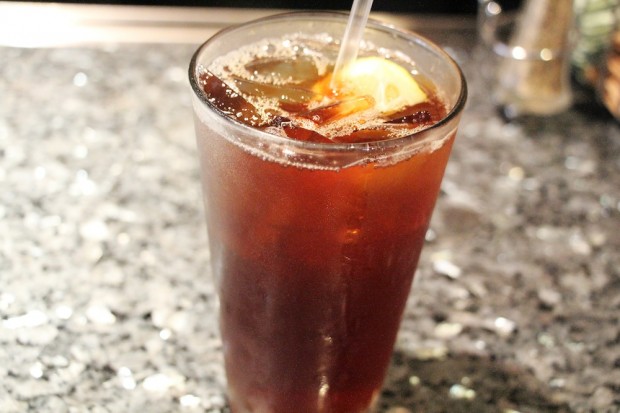 Before ordering, I asked the server what the vegan sausage was made of. She said, “It’s a mixture of wheat and soy.”

As a struggling vegetarian, I decided to give it a try and ordered the vegan sausage as a side to my french toast, which was served with fresh strawberries, walnuts ($0.99 extra), and agave syrup. When I received my french toast, I was slightly disappointed at first. The portion size was tiny and didn’t seem like it was worth $10. However, I started feeling full after a few bites in. I’m not sure how vegan french toast is made, but Ethos’ take is rich and filling. The powdered sugar and cinnamon accentuated the caramel flavors found in the edges and the sweetness of the strawberries. Unfortunately, I wasn’t a huge fan of the vegan sausage – it was dull in flavor and slightly chalky in texture. 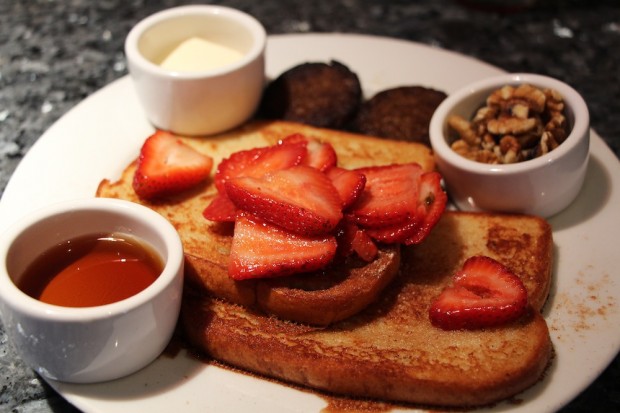 Overall, I’d give the French Toast an eight out of ten. The french toast itself was absolutely delicious but I’ll have to try a different side next time.

First Watch Temporarily Closes All Company-Owned Restaurants Starting 4/13/2020 Due to...