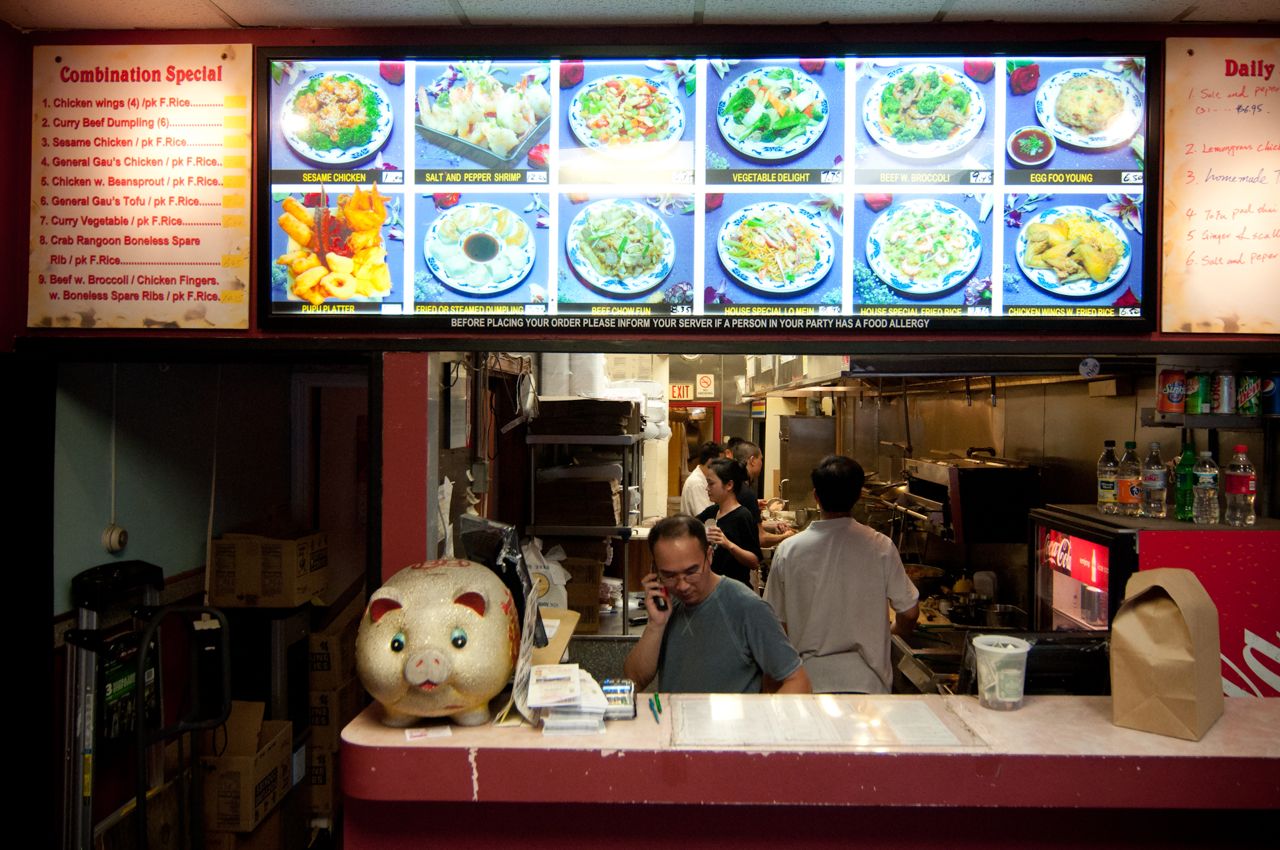 In the United States, there are more Chinese restaurants than McDonald’s, Burger Kings and KFCs combined. As with any immigrant cuisine, the food often takes on characteristics popular to the host country’s own culinary tastes.

In South America, Peru has its own version of fried rice called chaufa, stir fried beef with potatoes called lomo saltado, and countless other Chinese dishes adjusted and adapted for Latin tastebuds.

In Japan, even, the lowly la mien, or noodle soup, has become adapted and converted into a very Japanese dish known around the world as ramen. Here in the US, we’ve got General Tso’s chicken and bourbon chicken. Syrupy sweet and fried, it’s the American way.

The history of Chinese immigration dates back to the mid-1800s when Chinese workers arrived in the United States to work as miners, railroad builders, farmers, and laborers.

The first Chinese restaurants were not opened by professionally trained chefs, but by immigrants who were denied work elsewhere or simply wished to feed their own communities. The Chinese restaurant business continued to expand throughout the early 1900s as Americans became intrigued with new exotic flavors at an inexpensive price.

Chinese restaurant-owners found ways to combine their traditional recipes with Western flavors in order to attract more American customers. As most of the immigrants came from the Guangdong region of China, most of the “Chinese” cuisine we know today in the US is heavily influenced by this region’s cuisine.

The Immigration Act of 1965 and Richard Nixon’s Visit to China in 1972 also increased both the diversity and popularity of Chinese cuisine among the American populace – but many of us have never tried true traditional Sichuan, Hunan, or Zhejiang cuisine. (Source: Smithsonian Institution: Sweet & Sour Showcase)

Here are 8 ways to know you’re at an American Chinese restaurant:

This sweet, slightly spicy, deep-fried chicken dish is named after General Tso Tsung-tang, or Zuo Zongtang, a Qing dynasty general and statesman, although there is no recorded connection to him.

In The Fortune Cookie Chronicles: Adventures in the World of Chinese Food by Jennifer Lee, descendants of General Tso still living in Xiangyin, when interviewed, say that they have never heard of such a dish.

Stories say it was developed by a chef in Taiwan, another in New York. Whatever the case, this dish is quintessential in the American Chinese restaurant menu. 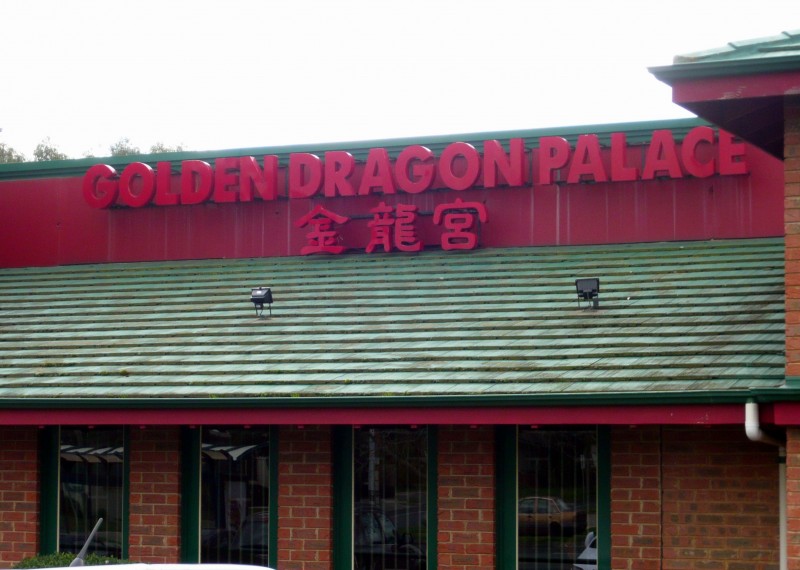 Dragons are considered royal, magical, and lucky. It’s generally considered to be a rain god as well, so Chinese restaurant owners love being associated with this powerful mythical creature.

I guess it helps to know you’re going to a Chinese restaurant if the name has China or Wok in it as well.

Palaces, also, quite a popular and imperial place to be, quite flattering for the diners I suppose. The number 8 is also very popular, and double or triple 8’s even more so because 88 sounds like (a homonym) for “get rich” in Chinese.

3. They use Broccoli (also known as western broccoli)

Traditional Chinese restaurants would use Chinese broccoli also known as gailan rather than western broccoli which originated in Italy and the Mediterranean.

4. Everything is Fried and Sweetened – it’s the American Way

Going on the fry theme – Rangoon’s not even a city in China – it’s named after Rangoon the former capital of Myanmar, now known as Yangon in Burma. Cream cheese is definitely not a Chinese ingredient. It was probably invented from a Burmese recipe in the US and adopted en masse by Chinese restaurants.

Fortune cookies are often served as a dessert in Chinese restaurants in the United States and some other countries, but are absent in China. The exact origin of fortune cookies is unclear, though various immigrant groups in California claim to have popularized them in the early 20th century.

As far back as the 19th century, a cookie very similar in appearance to the modern fortune cookie was made in Kyoto, Japan; and there is a Japanese temple tradition of random fortunes, called o-mikuji. The Japanese version of the cookie differs in several ways: they are a little bit larger; are made of darker dough; and their batter contains sesame and miso rather than vanilla and butter.

They contain a fortune; however, the small slip of paper was wedged into the bend of the cookie rather than placed inside the hollow portion. Makoto Hagiwara of Golden Gate Park’s Japanese Tea Garden in San Francisco is reported to have been the first person in the USA to have served the modern version of the cookie when he did so at the tea garden in the 1890s or early 1900s.

One theory for why this occurred is because of the Japanese American internment during World War II, which forcibly put over 100,000 Japanese-Americans in internment camps, including those who had produced fortune cookies. This gave an opportunity for Chinese manufacturers. From Jennifer Lee’s article in the New York Times: Solving a Riddle Wrapped in a Mystery Inside a Cookie

Apparently all made by the same few menu companies in New York.

“Packaged soy sauce is often a cocktail of processed ingredients that resemble the real thing: water, salt, food coloring, corn syrup, MSG, and preservatives. But soy sauce, strictly defined, refers to a fermented combination of soybeans and wheat whose earliest direct predecessor was first mentioned in writing in the year 160.”

Meaning “miscellaneous leftovers”, it consists of meat (often chicken, fish, beef, prawns, or pork) and eggs, cooked quickly with vegetables such as bean sprouts, cabbage, and celery and bound in a starch-thickened sauce. One account claims that it was invented by Chinese American cooks working on the transcontinental railroad in the 19th century.

Another tale is that it was created during Qing Dynasty premier Li Hongzhang’s visit to the United States in 1896 by his chef, who tried to create a meal suitable for both Chinese and American palates. Another story is that Li wandered to a local Chinese restaurant after the hotel kitchen had closed, where the chef, embarrassed that he had nothing ready to offer, came up with the new dish using scraps of leftovers.

If you want to learn more about Chinese food in America, check out Jennifer 8. Lee’s great book “The Fortune Cookie Chronicles.” 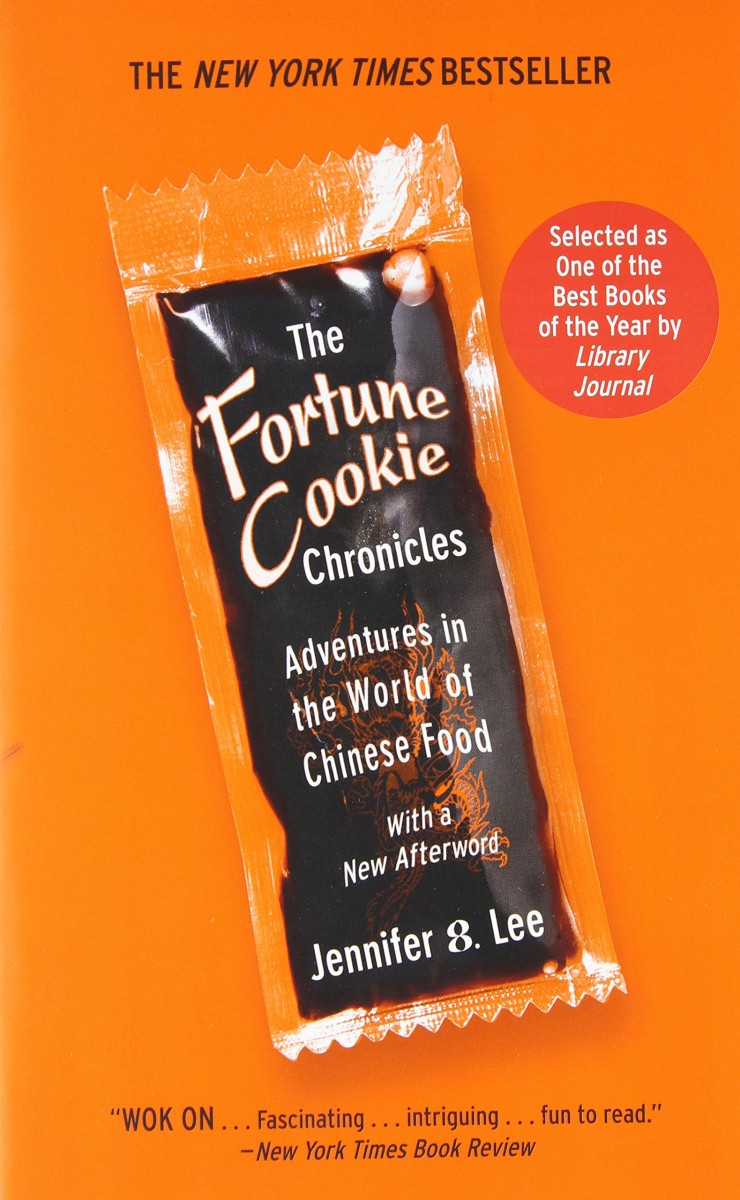 “Lee takes readers on a delightful journey through the origins and mysteries of the popular, yet often overlooked, world of the American Chinese food industry. Crossing dozens of states and multiple countries, the author sought answers to the mysteries surrounding the shocking origins of the fortune cookie, the inventor of popular dishes such as chop suey and General Tso’s chicken, and more.

What she uncovers are the fascinating connections and historical details that give faces and names to the restaurants and products that have become part of a universal American experience. While searching for the “greatest Chinese restaurant,” readers are taken on a culinary tour as Lee discovers the characteristics that define an exceptional and unique Chinese dining experience.

Readers will learn about the cultural contributions and sacrifices made by the Chinese immigrants who comprise the labor force and infrastructure that supports Chinese restaurants all over the world.”

Check out her TED Talk on her Hunt for General Tso:

Reporter Jennifer 8. Lee talks about her hunt for the origins of familiar Chinese-American dishes — exploring the hidden spots where these two cultures have (so tastily) combined to form a new cuisine.