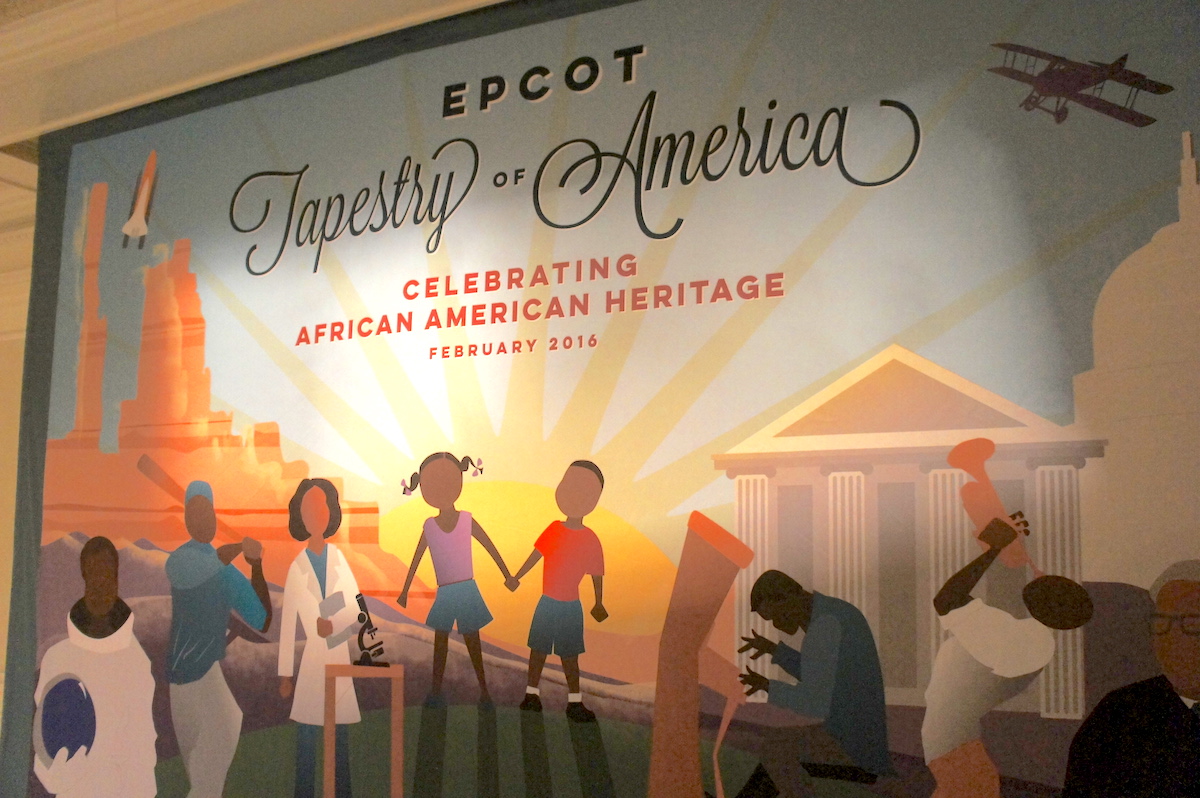 Guests can celebrate Black History Month throughout the month of February with special experiences at the American Adventure Pavilion at Epcot. From historical displays and intriguing artifacts to book signings by Celebrity Chef G. Garvin and best-selling author Terry McMillan, guests can take a stroll through the pages of America’s history and learn about the influence of African-American culture. 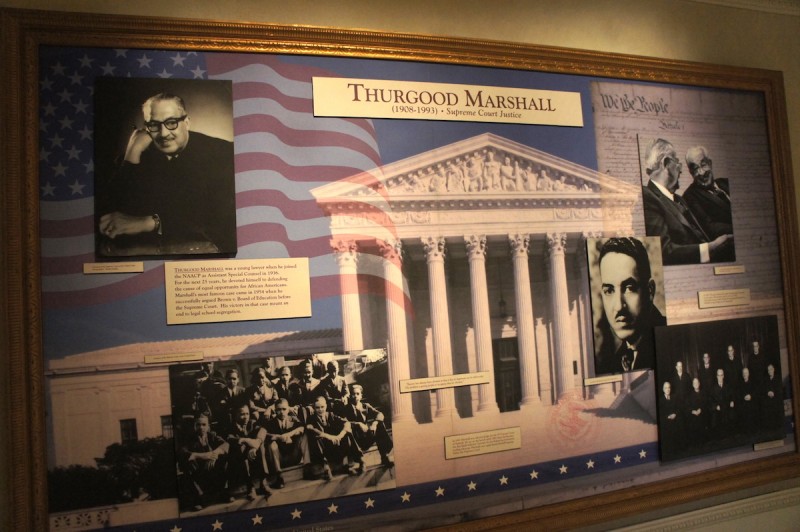 Dorcas Williams, marketing manager at Disney Parks and Resorts, tells us that Epcot’s American Adventure Pavilion features Legacy Portraits of famous African Americans and their contributions around the rotunda as well as “Re-Discovering America: Family Treasures from the Kinsey Collection,” a collection of pieces displayed at the American Adventure pavilion at Epcot, which draws from an extensive assortment of rare art, documents, books and artifacts attributed to African American history. The exhibit will be available all year long. 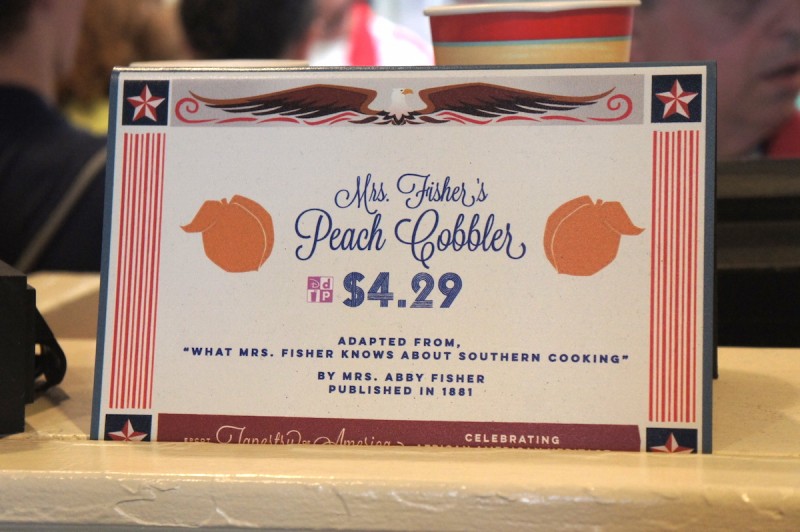 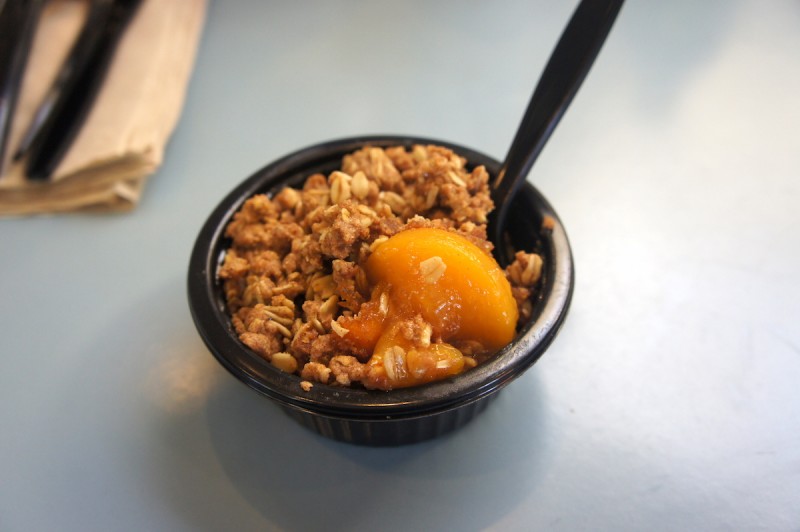 At the Liberty Inn at the American Adventure, guests can try out a peach cobbler based on Mrs. Fischer’s recipe. Mrs. Abby Fischer was one of the first African American authors to publish a cookbook dating back to 1881. “What Mrs. Fisher Knows About Southern Cooking,” includes 160 Southern-style recipes.

Chef G. Garvin, one of many authors visiting Epcot for Black History Month this month, spoke with us about his plans from upcoming food product projects as well as a new cook book based on tastes of the South (which includes not only Georgia and the Carolinas, but also New York and Los Angeles). He currently has a list of spices, olive oils, cookies, and sea salts available at marketplaceonline.co. 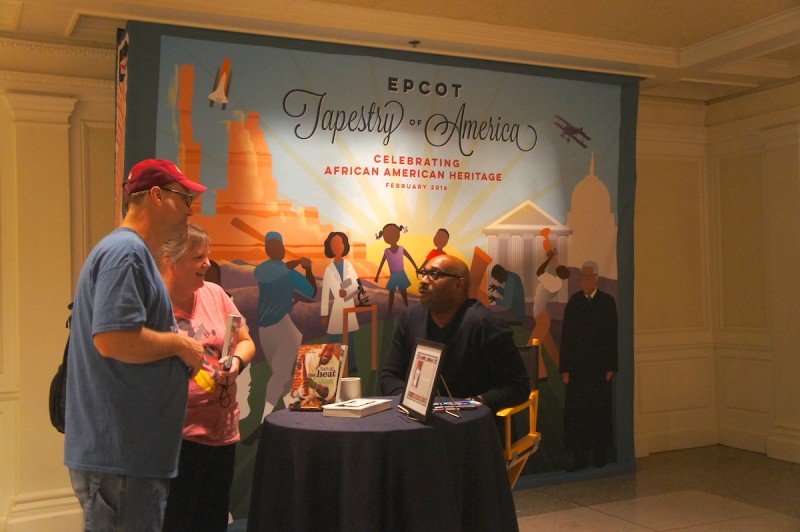 Chef Garvin grew up cooking for his mother and grandmother as part of his daily chores – yardwork, cleaning, making dinner. It wasn’t until when he was 18 years old when he worked at the Ritz Carlton in Atlanta that he fell in love with cooking. The streets in his childhood were rough – kids were getting jailed or killed, and he did not want any part of that.

“Food didn’t save me, I saved myself through food,” Chef Garvin tells us.

Today he works with Magic Johnson as Chief Culinary Advisor for SodexoMAGIC, which serves as the catering culinary team for Walt Disney World. He also has several successful shows under his belt, including Road Trips on Cooking Channel.

The first person who told Chef Garvin that it might be a good idea to get into television was Chef Tim Keating of The Flying Fish. When Chef Garvin was 20 years old, the two actually roomed together at the opening of the Ritz Carlton in Palm Springs. Chef Keating told him he had the personality that would do well on TV and gave him opportunities to demo when he could.

His latest book, “Turn Up The Heat With G. Garvin: More Than 200 Incredible Recipes from the Chef Who Keeps it Super Simple”, is available now online.

Black History Month Author Series
In honor of Black History Month, guests have the opportunity to meet three renowned African-American authors and cultural icons select Saturdays during the month of February. Book signings are open to all guests and hosted at the American Adventure Pavilion, where books written by each guest author are also available for purchase throughout the month.

Terry McMillan, author of “Who Asked You?”
Saturday, Feb.6, 1-2 p.m. and 3-4 p.m.: Critically acclaimed New York Times bestselling author Terry McMillan is known for her powerful novels and short stories about African American women. Her novel, “Waiting to Exhale,” was adapted into a film starring Whitney Houston and Angela Bassett in 1995. Many of McMillan’s other novels, including the award-winning “How Stella Got Her Groove Back,” “Disappearing Acts,” and “A Day Late and a Dollar Short,” have also been brought to life for film and television audiences. McMillan recently published her eighth novel, “Who Asked You?,” a story about the challenges and strength of a family.

Pattie LaBelle, author of “Recipes for the Good Life”
Saturday, Feb. 20, 12:30-1:30 p.m. (one signing only): Patti LaBelle is a New York Times bestselling author, two-time Grammy Award-winning recording artist, three-time Emmy nominee, and star of the cooking television series, “Pattie LaBelle’s Place.” This beloved soulful performer is just as captivating in the kitchen as she is on stage with her hit cooking show and cookbooks filled with southern-style recipes, including her recent book, “Recipes for the Good Life.”

Terrence Roberts, author of “Lessons from Little Rock”
Saturday, Feb. 27, 1-2 p.m. and 3-4 p.m.: Terrence James Roberts, Ph.D. is one of the “Little Rock Nine,” a group of history-making African American students who, in 1957, were the first black students ever to attend classes at Little Rock Central High School in Little Rock, Arkansas. Roberts was awarded the Congressional Gold Medal by President Bill Clinton in 1999. His book, “Lessons from Little Rock,” is a memoir of his experience during the integration of Little Rock Central High School and the lessons learned from that historic episode.

New pieces at Epcot’s Kinsey Collection exhibit
“Re-Discovering America: Family Treasures from the Kinsey Collection,” a collection of pieces displayed at the American Adventure pavilion at Epcot, draws from an extensive assortment of rare art, documents, books and artifacts attributed to African American history. Philanthropists Bernard, Shirley and their son Khalil Kinsey share some of their vast personal collection of artifacts spanning 400 years of history. Touch screens and guest-activated lanterns with narration by Whoopi Goldberg, Diane Sawyer and other celebrities help bring the history to life. Three new pieces recently have been added to the exhibit which is open daily. 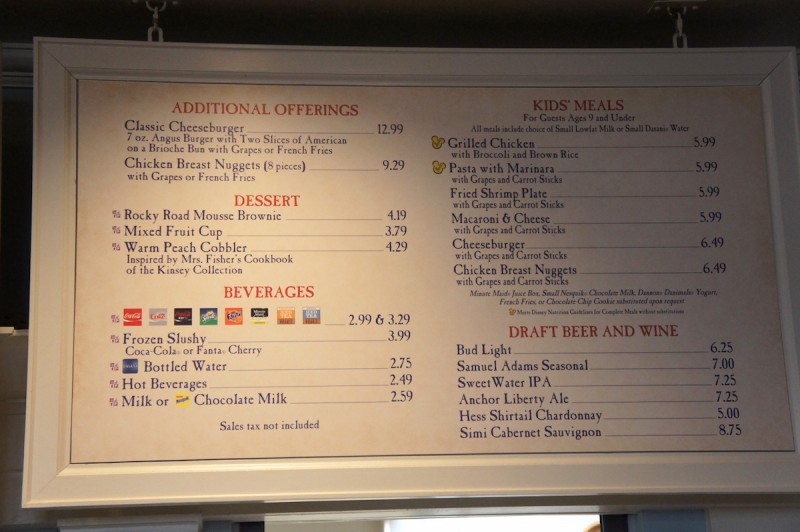 “Banneker’s Almanack and Ephemeras” by Benjamin Banneker, is the mathematical and mechanical work of Benjamin Banneker. Thomas Jefferson, then Secretary of State, read and approved of Banneker’s work. The almanac was published in 1771.

“Survivor” by Elizabeth Catlett, is a beautiful Linoleum block print inspired by a photograph taken by Dorthea Lang titled “Ex-slave with a Long Memory.” The print was created in 1983.

“Re-Discovering America: Family Treasures from the Kinsey Collection” is included in Epcot admission. For more information about the collection, visit TheKinseyCollection.com. 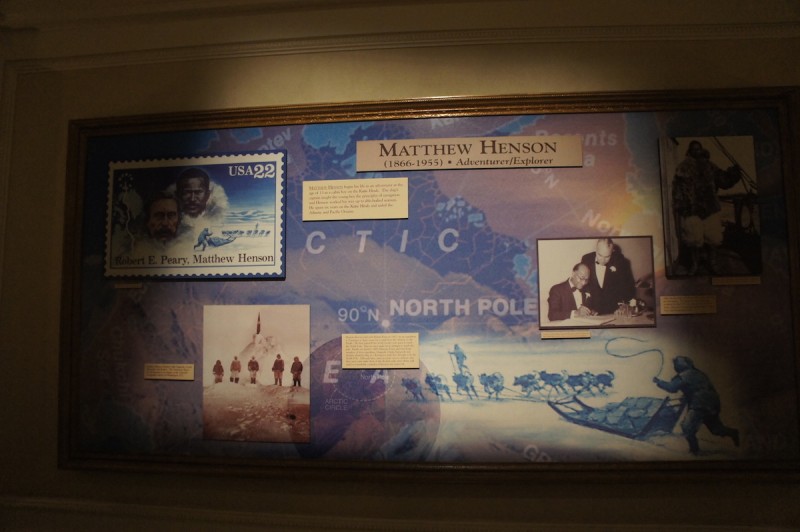 Legacy Portraits Tell a New Story
As guests explore the American Pavilion Rotunda, they are greeted by images of influential men and women who contributed to the progress of America. New portraits have been added to the collection for the month of February to further illustrate the contributions of many African American notables.

Taste of Southern Comfort
Mrs. Abby Fischer was one of the first African American authors to publish a cookbook dating back to 1881. “What Mrs. Fisher Knows About Southern Cooking,” includes 160 Southern-style recipes. One popular dessert recipe featured in the cookbook, Mrs. Fisher’s Peach Cobbler, is available for guests to purchase and enjoy at Liberty Inn at the American Adventure Pavilion. 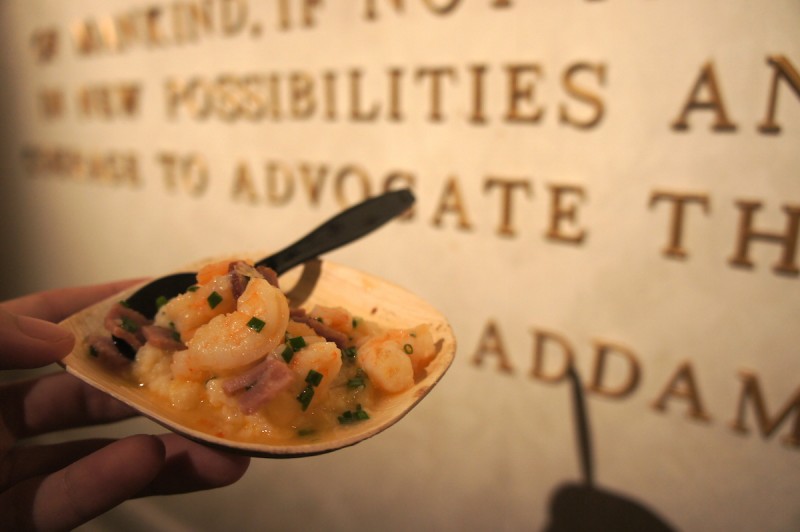