The chefs come together in a friendly competition to see whose bowl of ramen reigns supreme. The prize to the winning chef is not just bragging rights, but the decision to which charity the proceeds will go. The purpose of this event is to celebrate the growing culinary scene in Orlando through these magical bowls of slurping wonderment.

We all win as long as we have one of these bowls in front of us!

Ramen, the Japanese noodle dish that has continued to grow in popularity in Orlando, will be made by the chefs from scratch from the broth to noodles.

The event is organized by Ricky Ly of TastyChomps.com in partnership with Jason and Sue Chin of The Osprey Tavern to bring together local chefs and the local Orlando community in appreciation of ramen.

The proceeds from the event will be donated to the winning chef’s choice of charity.

The ticket prices are $30 and will feature a tasting bowl of ramen from each chef, 1 draft beer, and housemade sweet desserts. 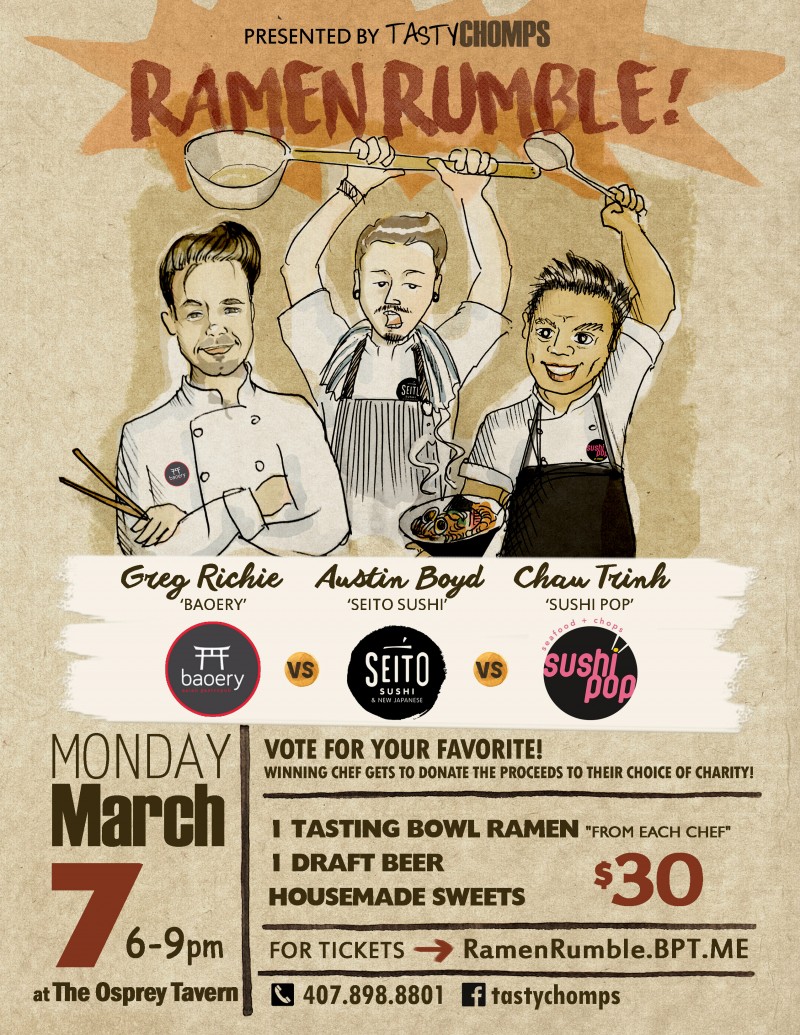