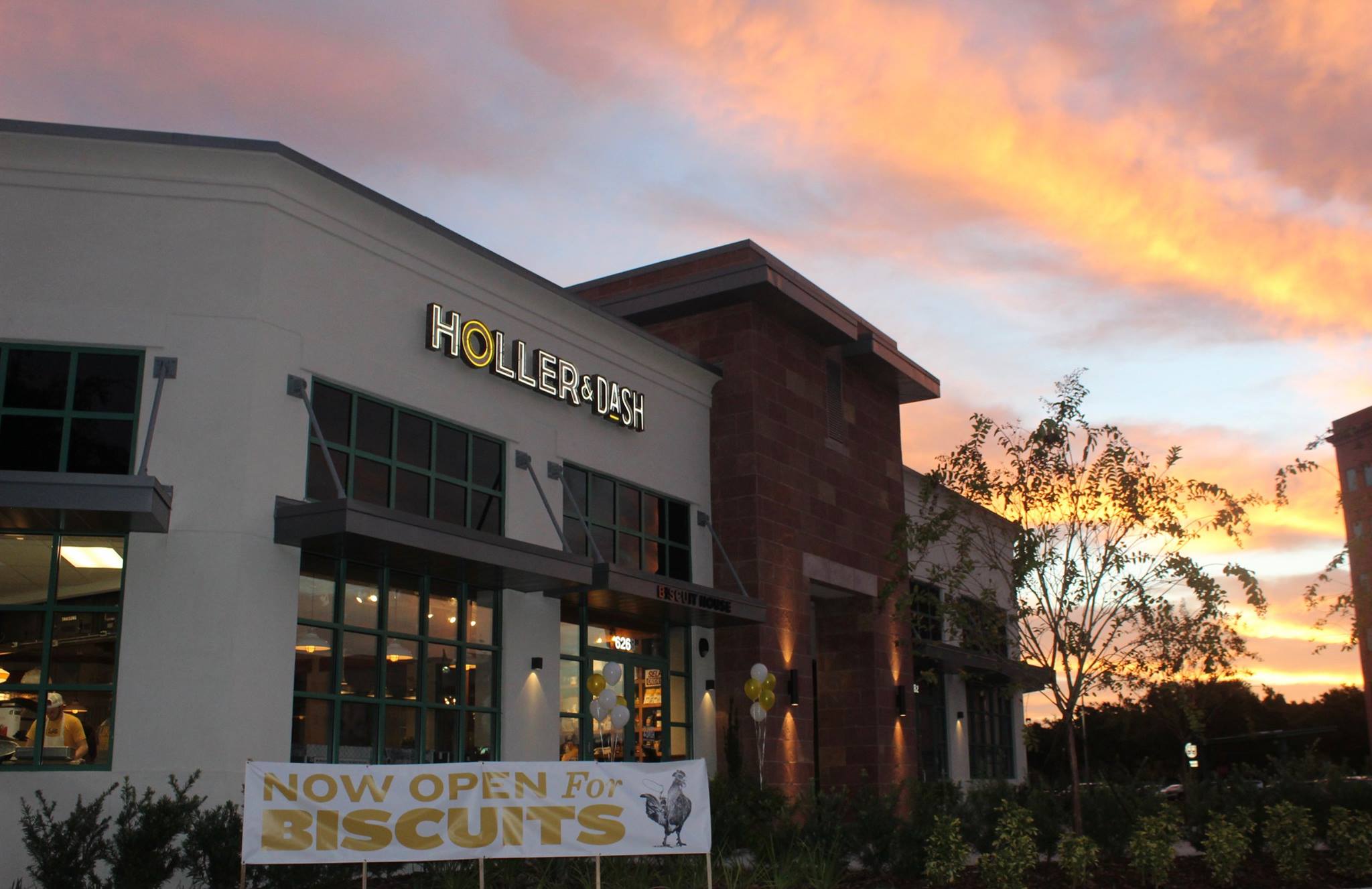 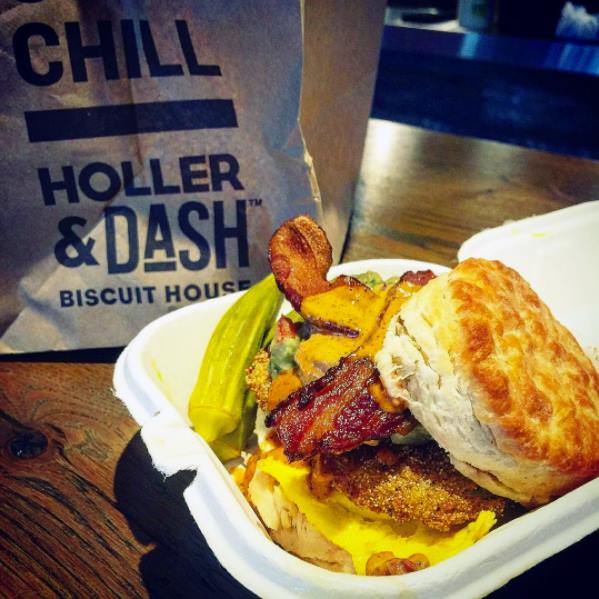 Serving a menu of Southern comfort food with a modern twist and an emphasis on signature biscuits, the Tennessee-based eatery was established by parent company Cracker Barrel Old Country Store. 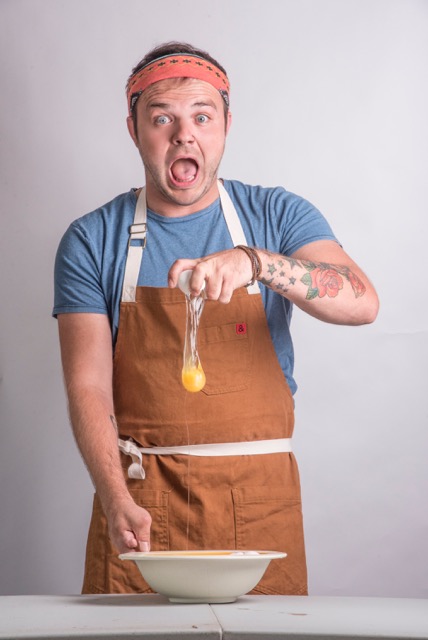 To support Florida’s local farms, Holler & Dash is serving fresh juices from the local groves of Lambeth Grove and Seminole Pride Noble to your glass. The Celebration restaurant also created a seasonal strawberry lemongrass soda as a nod to Plant City’s strawberry harvest.

We spoke with Chef Brandon Frohne recently about his background and his work at Holler and Dash.

Tell us a little about yourself.

I’m somewhat of a Nomad. I was born in St. Pete, Florida and grew up between Florida and Tennessee. I was raised in a family that loves to cook, and owned restaurants in Switzerland, Germany, and US. I grew up watching my mom, grandmother, and aunt cook. I was so inspired by them. I found myself in the kitchen asking them questions and being intrigued by what they were cooking whether it was Mom’s famous cheeseburger pie, Oma’s chocolate mousse, or my aunt’s schnitzel holstein. At 17, I found my way into the kitchen as an apprentice and never left. Soon after I discovered that cooking was my passion. It helped me transition from being a mischievous adolescent to really feeling like as though I had a purpose.

From there I continued to apprentice, self study, and take culinary coursework while working in fine dining restaurants in Tennessee, Florida, and Georgia. I tried to absorb everything I could. By the time I was in my mid-20’s I had developed a good palate and was able to creatively and skillfully express myself through food. I was able to draw on the technique I had acquired, and pair it with European influence from my family and American-Southern influence from being raised here and coming up in the industry here. The Southeast is where I gained an appreciation for working with local farms, artisans and seasonal ingredients.

I began entering culinary competitions and, to my surprise, found a lot of success. I won the 2011 & 2012 People’s Choice Award at the Savor Nashville Chef Challenge, 2nd place at the International Biscuit Festival for my sweet biscuits, and I was a semi-finalist in the World Food Championships’ World Chef Challenge in Las Vegas.

Riding on the coat tails of these competitions, I launched Forage South, a pop-up restaurant that later developed into the Forage South food brand that makes artisanal pantry essentials for the everyday home cook and includes all natural mixes that really capture my long-time-love for biscuits.

At age 27 I opened Mason’s Southern Provisions in Nashville and that’s really where my career took off. While working there I had the opportunity to be featured on national TV shows like Food Network’s Chopped, Chopped Redemption, Travel Channel’s Secret Eats and Chow Masters. I was awarded Chef of the Year by the Tennessee Hospitality and Tourism Association in 2015. My team and I also received the prestigious invitation to cook at the James Beard House in 2013 and 2015. The opportunity with Holler & Dash presented itself toward the end of 2015 and, hungry for my next project, I jumped right on board. Biscuits are a Southern staple and the most nostalgic food item for me because they remind me of family, friends and my childhood. Joining the team at Holler & Dash is my proudest accomplishment so far because it represents everything that came before it. I feel incredibly grateful.

I have several from my childhood: my father teaching me how to make a béchamel sauce, watching my mom make her famous cheeseburger pie (and inviting all the kids in the neighborhood to try it), my sweet grandmother butchering veal into paillards for veiner schnitzel, the oh-so-delicious richness of my aunt’s demi glace, my childhood neighbor Edna Parrot’s biscuits and gravy, and working with my brothers in my grandmother’s restaurant when we were kids. They’re all favorites and I draw inspiration from all of them everyday.

– Best Dishes to Try at the Restaurant? 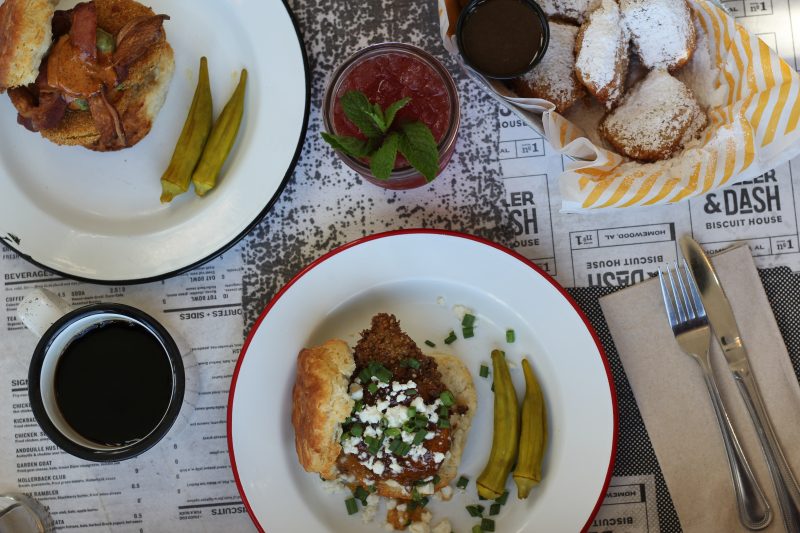 The Kickback Chicken Biscuit: this one is standout for me. Free range chicken, creamy goat cheese, sweet and spicy pepper jelly, and scallions. So good! 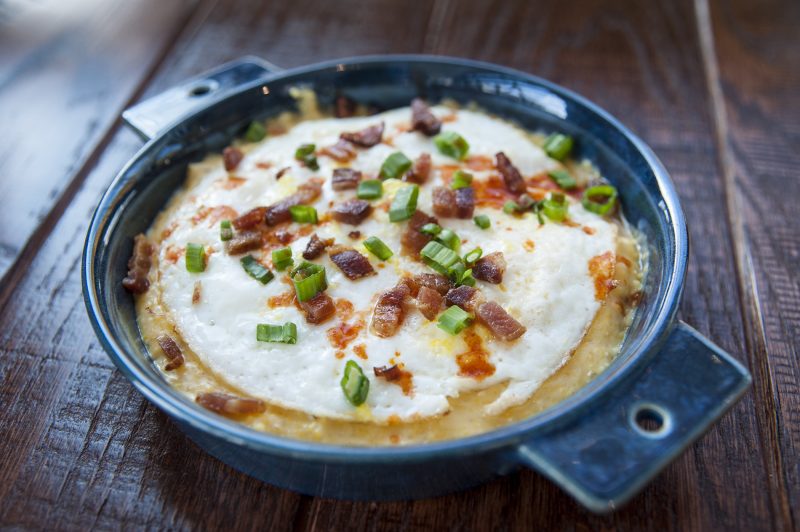 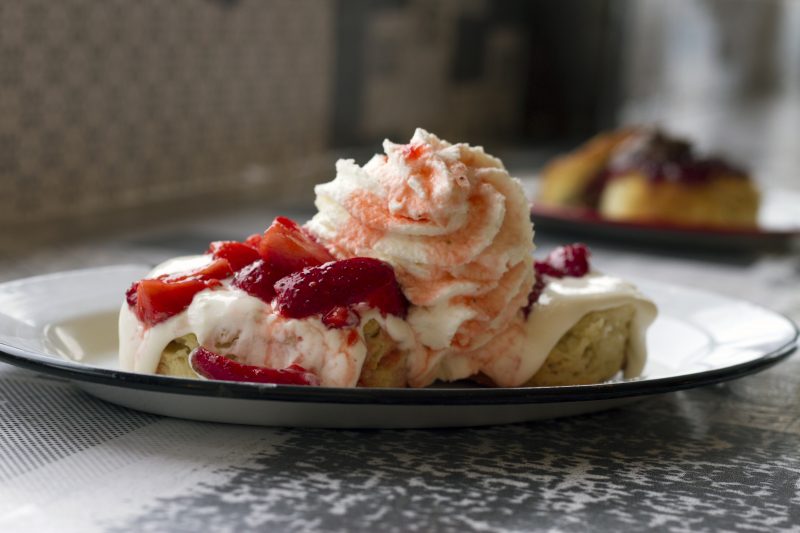 The Strawberry & Dash: a fun play on a classic strawberry shortcake with creole cream cheese, house made whipped cream, and tasty marinated strawberries – all piled on a buttery, flaky biscuit!

– What is one dish you would make for yourself to eat after a long day in the kitchen?

I love cooking one-pot meals after a long day mainly because I don’t have the energy to clean my kitchen after I wreck it! I love anything vegetable driven, so Shakshuka is always a go-to. It’s this spicy Tunisian tomato stew with kale, spices, feta cheese, and whatever vegetables are in season. I normally coddle eggs right in the broth, so it’s sort of my spin on a classic tomato gravy. Typically I eat that with a crusty baguette and it makes my soul happy!

I’ve been incredibly busy with the launch of Holler & Dash, but my friend Emily Ellen is a local, rad, kitchen star who made me a bucket list of restaurants and bars to visit. I’m slowly working my way through the list. It’s really important that Chefs and restaurants support each other and their communities. I’ve been to Cask & Larder, Bauhaus and the Rusty Spoon recently. They all have super tasty menus. Go check ‘em out!