32 local brewers came together at the Central Florida Top Brewer Festival on May 17. All of the brewers had to draw four ingredients out of a hat to come up with a beer. They chose a one grain, one hop and two other random ingredients. Each brewer got a chance to show their creativity. Guests were given three beer caps and chose their top three brewers by giving them one of their caps. At the end, the attendees and the judges score come up with an overall score that determines the winning beer. 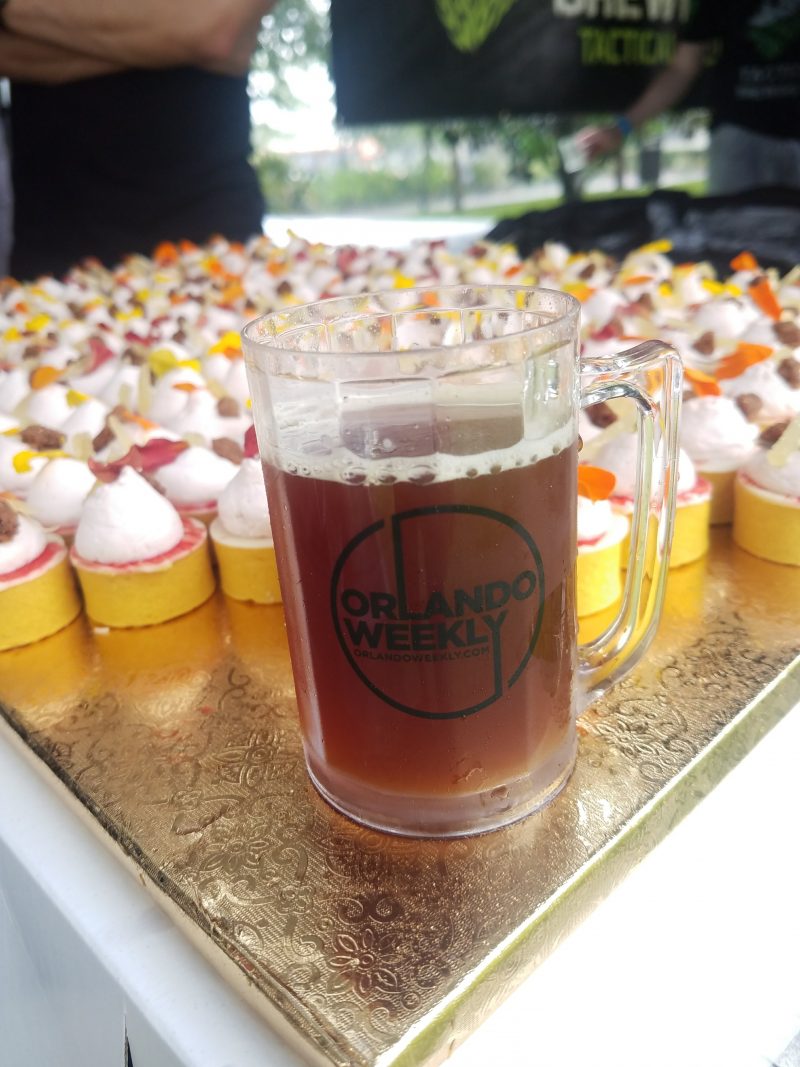 “We quickly determined that we were making a brown ale, more of a dessert style because we wanted to insert some caramel malts in there,” states Josh Greenberg, co-owner of Wolf Branch Brewing. Greenberg goes on to say they partnered with The Glass Knife which is a dessert shop located in Winter Park, Florida. 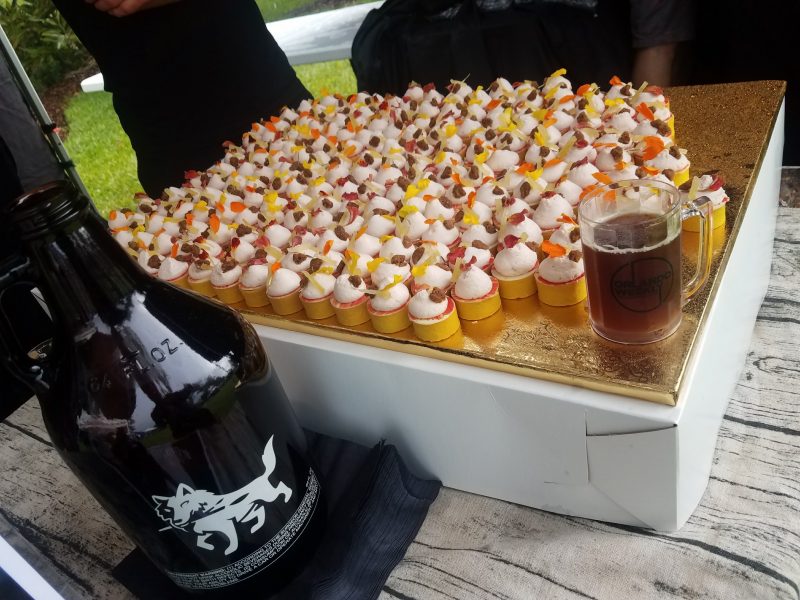 They wanted to partner with someone in the community who did exceptional dessert pairing. The Glass Knifes’ Executive Chef, Stuart Whitfield, decided to put together a small tart dessert. The center of the tart contained lemon boysenberry cream. 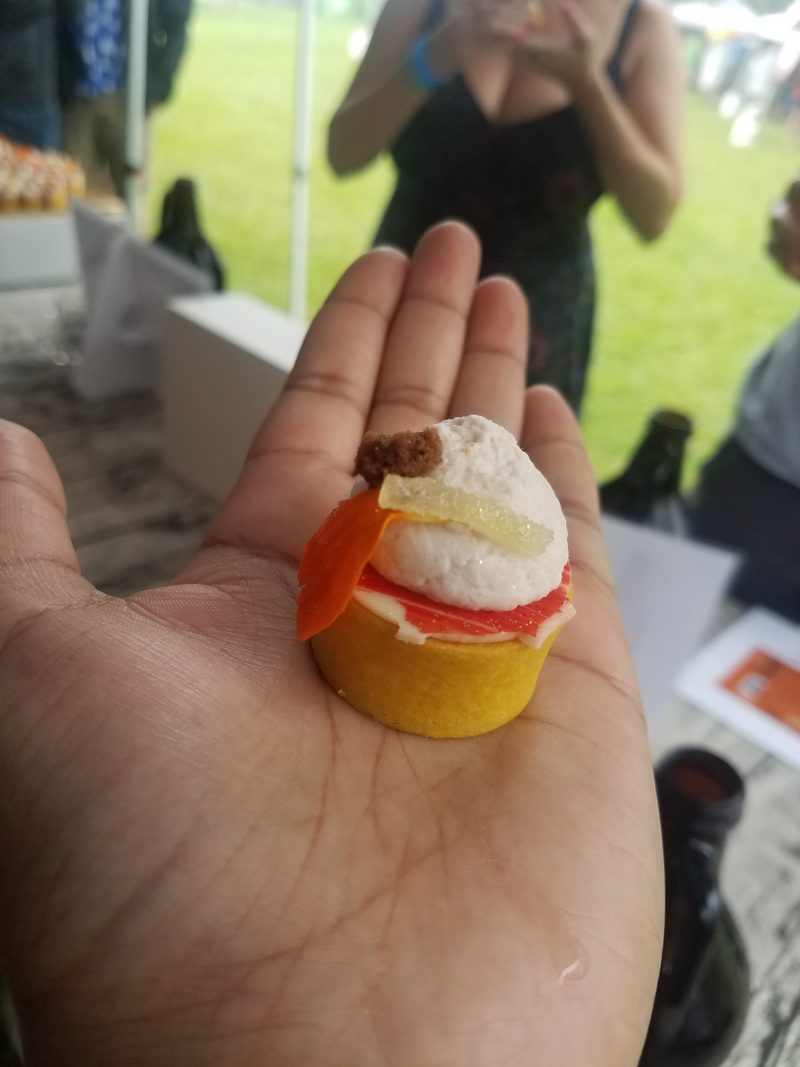 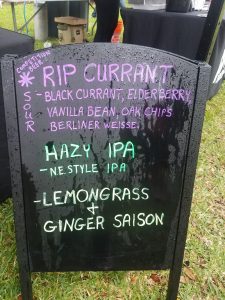 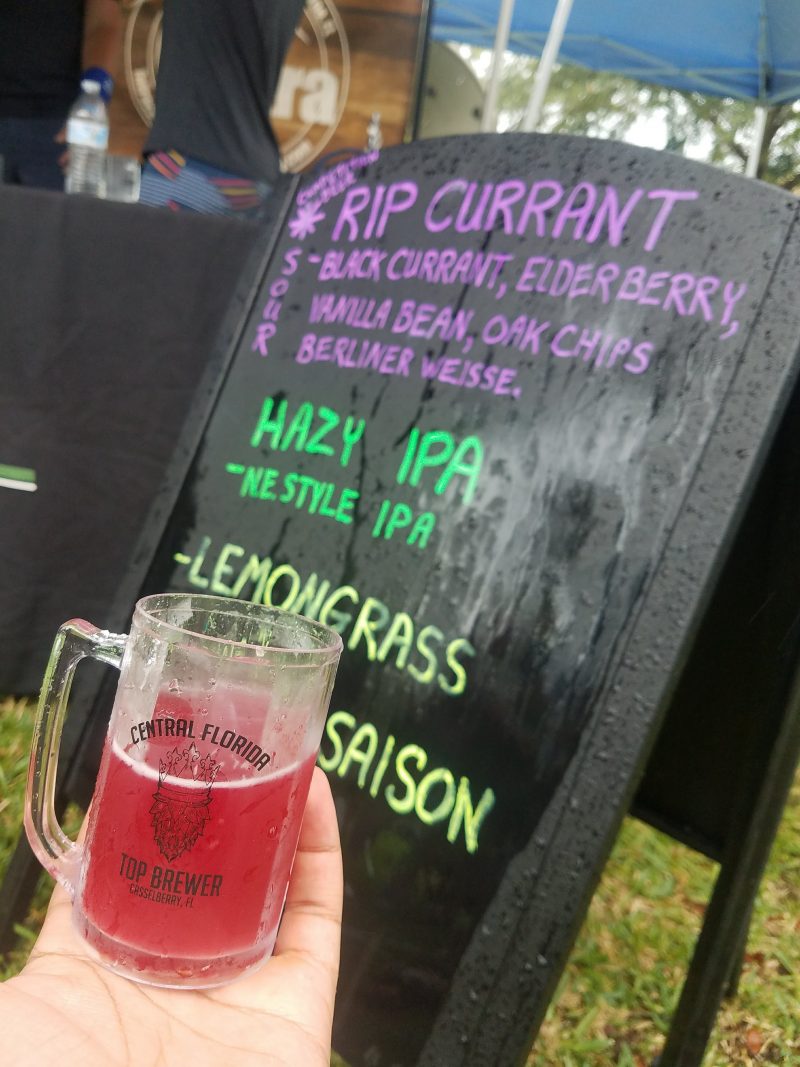 The winner of the competition was Intracoastal Brewing Company. Their competing beer was called “Rip Current”. It contained biscuit, comet, elderberries and oak chips. According to Intracoastal, their beer was “brewed with lactose then fermented on huge amounts of black currants and elderberries with a touch of vanilla beans and American oak chips”. Rip Current was actually my favorite beer out of all the ones I tasted. Its unique red color led into an almost sour taste which worked well for this beer. 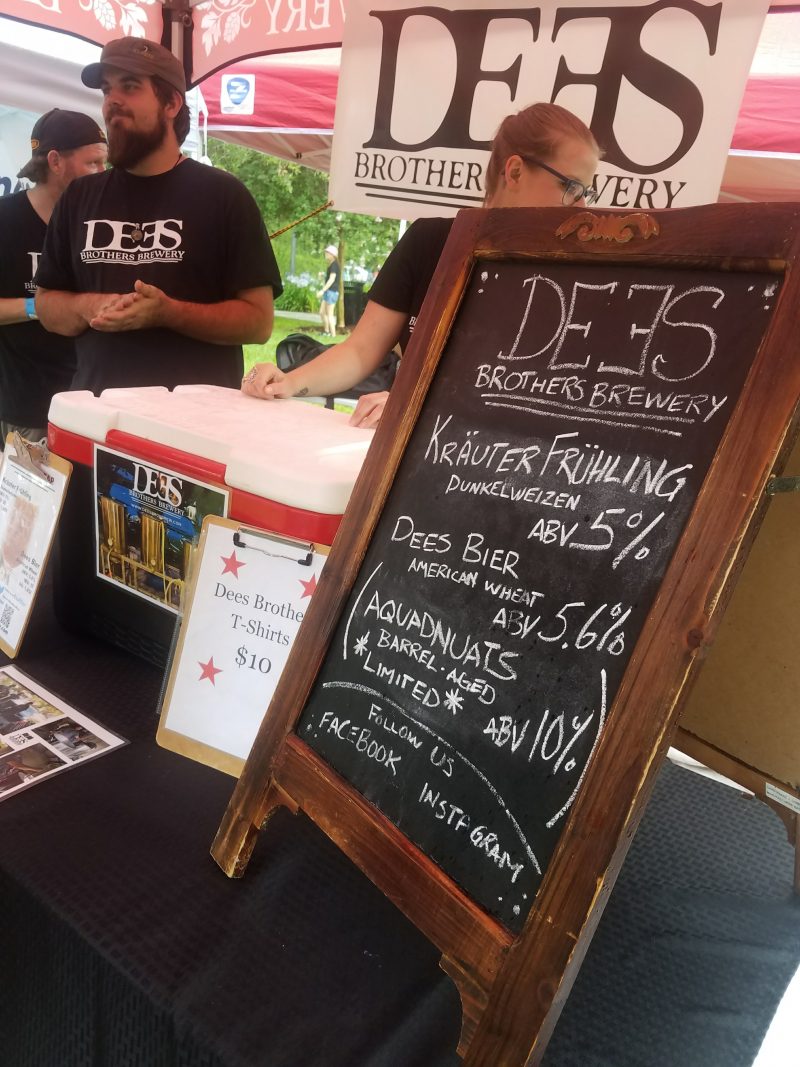 “We definitely wanna continue this festival. We wanted to collab with bloggers, restaurants… just any local business that’s gonna be able to be highlighted for the creativity and awesomeness,” said Oscar Bowen, co-founder of the Central Florida Top Brewer Beer Festival. 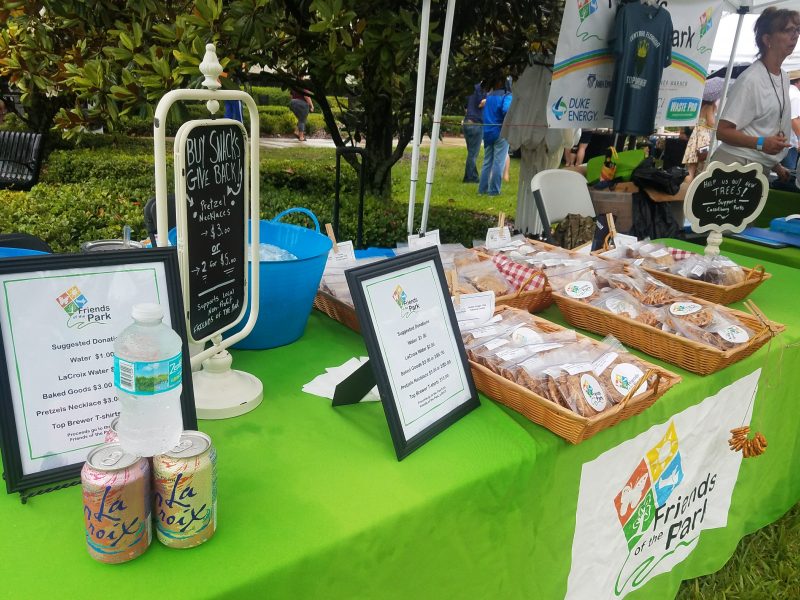 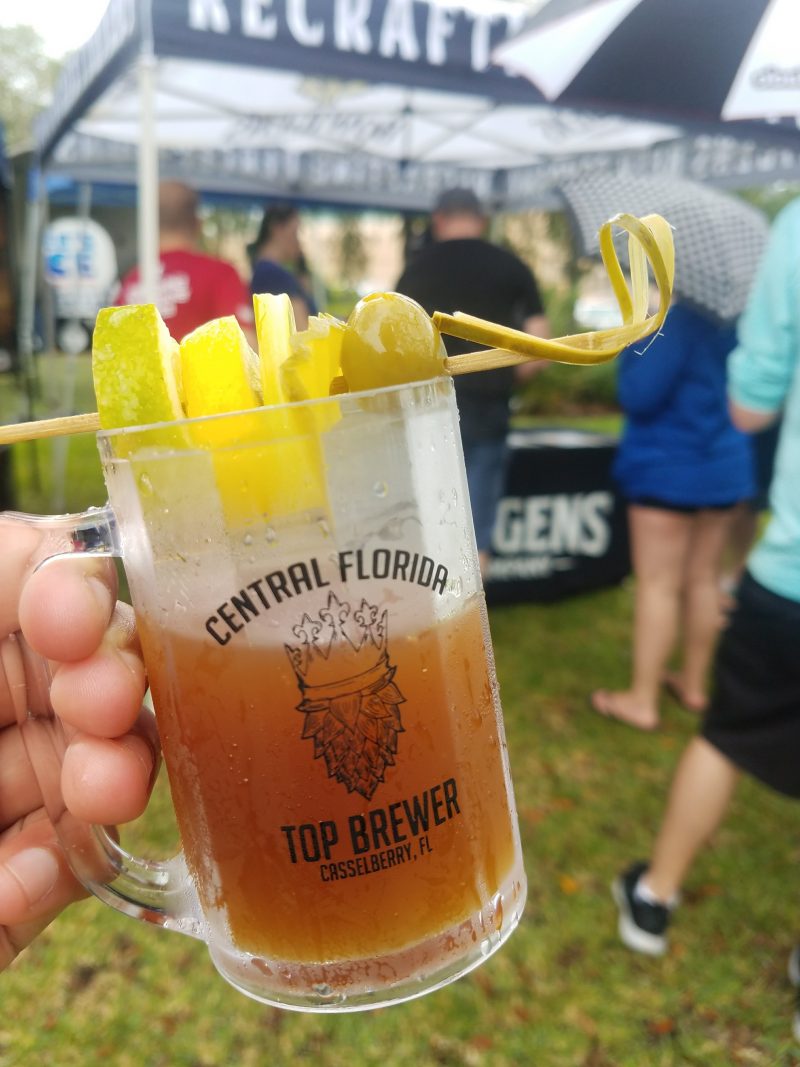 Sharing some of the other beers I tasted…here is the “Attack of the Killer Tomatoes” by Bowigens Beer Company. The ingredients are, (as stated by Bowigens), “red x, cascade- cryo hop, tomato, dandelion root”. The style is Bloody Mary Gose. 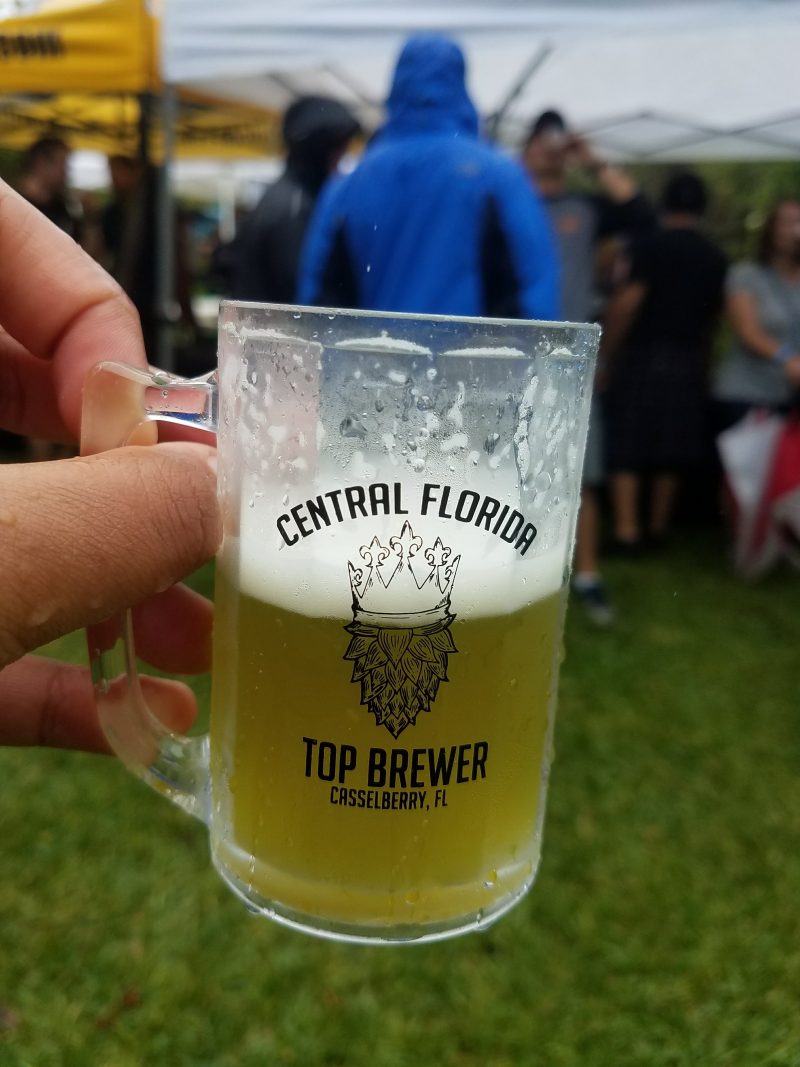 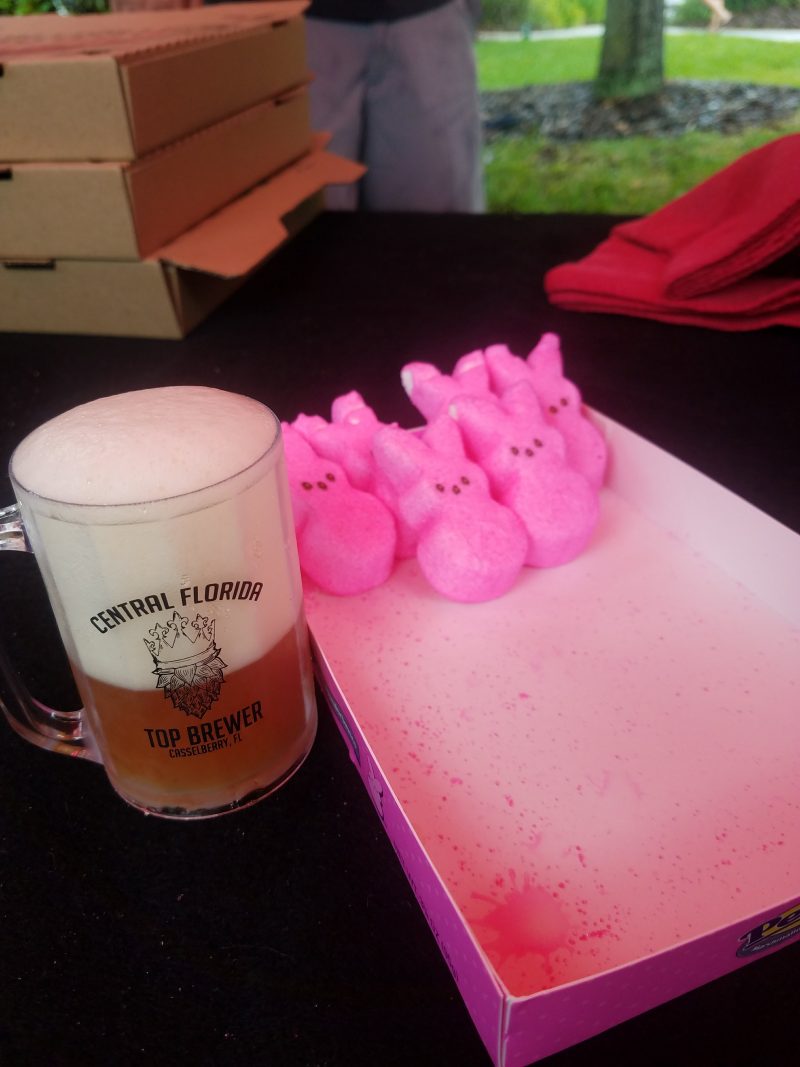 Here is the “Peep This MF!” by Hood’s Up Brewery. They state their ingredients to be, “flaked wheat, centennial, watermelon and marshmallow peeps”.

Bowen says they would like to have at least 80 vendors at the next festival. He would also like to make it an annual fest.