Pop Up Restaurants in Orlando 2012 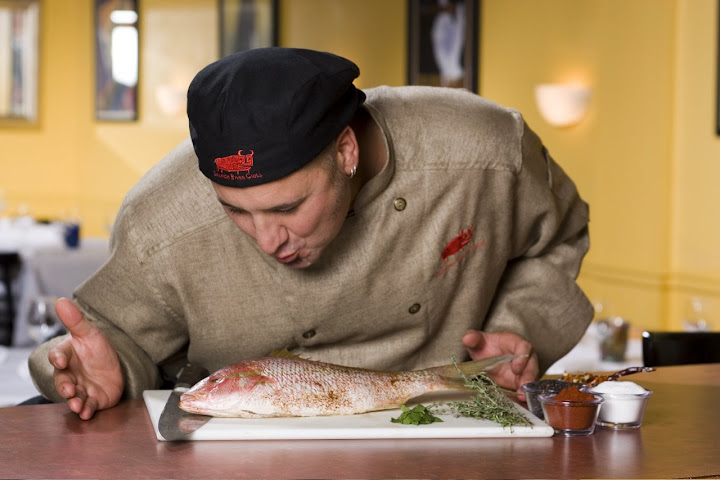 Pop up restaurants are coming to Orlando, the City Beautiful. Taking the concept of mobile cuisine made popular by the food truck movement to a new direction, pop up restaurants are a type of restaurant that appear almost by surprise in an undisclosed location until alerted last minute through twitter, e-mail, or social media. Kind of like a foodie flash mob.

There are two of these “pop up” restaurants coming to town, the first hosted by Scott Joseph of Scott Joseph’s Orlando Restaurant Guide and the other by Mark Baratelli of TheDailyCity.com . I expect both to be very worth while experiences in terms of quality and excellence.

Announced earlier today via newsletter (make sure to sign up for here for the latest updates!), Scott Joseph’s first-ever Pop Up restaurant taking place on this Saturday, March 24 will be featuring Guest Chefs: Hari Pulapaka of Cress (pictured left) in Deland and Henry Salgado of Spanish River Grill in New Smyrna Beach.

“Both are James Beard Foundation Award nominees — Salgado was on this year’s list of semi-finalists — and both own restaurants that have been critically acclaimed.” Scott says.

Seven more seats for the dinner have been released just this afternoon. Tickets are $125 per person, inclusive of tax and gratuity. UPDATE: TICKETS ARE SOLD OUT. Location is going to be at a location near Amway Arena (to be disclosed).

The location will remain a mystery and will be revealed only to the registered participants on Friday. The only clue from Scott is that it is within a one mile radius of downtown Orlando. Very exciting!

The dinner will begin with a reception at 6:30 p.m. To snag one of the tickets, click this link to the registration page.

The team at 5 Gastronomy

The ClandesDine dinner will feature Chefs Bryce Balluff of Fork in the Road (trained at NYC’s Per Se) and Bruno Fonseca of 5 Gastronomy will take place this May 1, 2012 from 7p.m. to 9 p.m..

Both chefs are talented and amazing. I still dream about Chef Bryce’s kurabata pulled pork spring rolls! I am sure the menu items will be superb. The location will  be announced on that day with tickets at $50. For more information, e-mail mark@thedailycity.com.

Chef Bryce Balluff of Fork in the Road