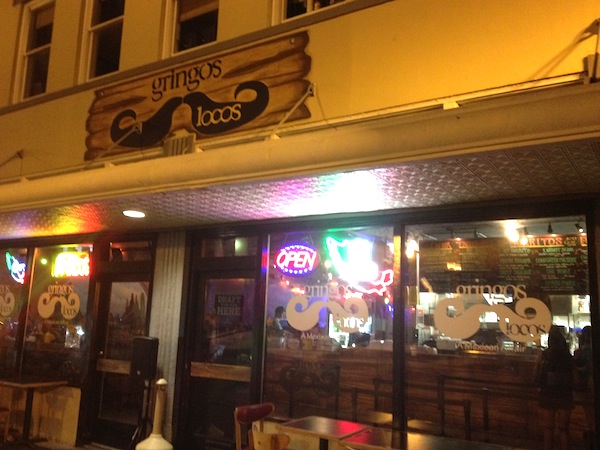 Open late till 3am and later, Gringos Locos is perfect for grabbing some Tex-Mex grub after hitting up the bars downtown.

The place is a bit of a dive, dark and with relative few seats. No matter, as most hungry patrons probably are going in just for a quick bite to satisfy their late night munchies.

They serve up some creative if inappropriately named dishes, mostly burritos, tacos, chips and queso and salsa, enchiladas. I went for the Double D’s, a “double decker” taco made with a queso spread on a soft tortilla wrapped around a crunchy hard shell and then filled with cheese, lettuce, tomato, sour cream, and some pork meat, a flavorful choice. The fish tacos I tried were a bit bland and a bit too wet for my liking, maybe would have helped with some spicier salsa.

The fish tacos…could be better. 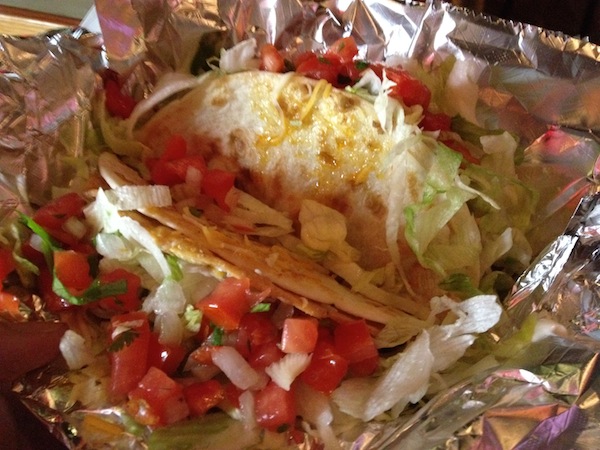 but he pork double d’s were a hit!

Hunger Helps: Where To Eat To Support Hurricane Harvey Relief