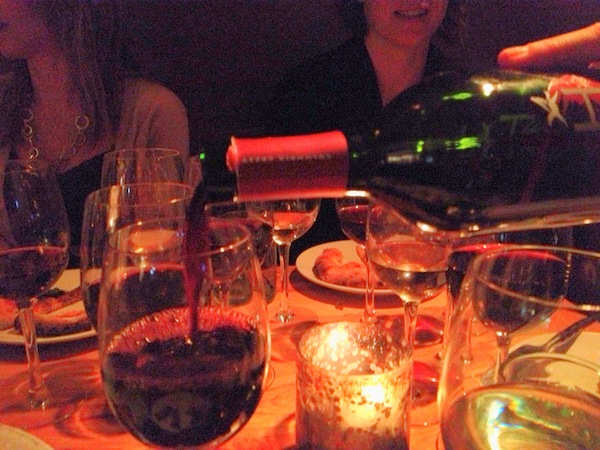 Columbia Crest is world renowned for crafting affordable, highly-acclaimed wines that consistently over deliver in quality. The winery’s portfolio includes Red Blends, Cabernet Sauvignon, Merlot, and Chardonnay, all of which are perfect for holiday occasions.

Founded in 1983, Columbia Crest has grown from a small winery in a relatively unknown wine region to
one of the most significant wineries in the U.S. and a major force behind Washington state’s emergence
as a world class wine region. One of the Northwest’s largest wineries, Columbia Crest is acclaimed by
critics and consumers alike for crafting wines that are food-friendly, approachable, affordable, and
consistently over-deliver in quality.

Winemaker Juan Muñoz Oca comes from a long lineage of winemaking; and at the young age of 36, his winemaking experience spans 20 vintages in five world-class wine regions including Bordeaux, South Australia, Mendoza, Spain and Washington state.

Juan Muñoz Oca is the head winemaker at Columbia Crest Winery in Paterson, Washington. As Head Winemaker, Muñoz Oca is responsible for producing the winery’s portfolio of Reserve, H3, Grand Estates and Two Vines wines. He joined Columbia Crest in 2003 and was named head winemaker in 2011. Prior to 2011 he was dedicated to the winery’s red wine program where he worked alongside Ray Einberger whose 2005 Reserve Cabernet Sauvignon became the first Washington wine to be named ‘Wine of the Year’ by Wine Spectator in 2009.

Raised in Mendoza, Argentina, Muñoz Oca came under the tutelage of his grandfather, cellar master at Bodegas Toso winery, at a young age. The older man instilled in him a love and respect for wine, as well as for his family’s Spanish culture, that was to become the root of a lifelong passion for winemaking. He picked his first grapes at the age of eight, later took an after-school job in a wine cellar, and spent his vacations helping his grandfather with harvest.

Although his winemaking experience stretches across the globe, it is his time at Columbia Crest that has been the most meaningful.

“Washington state is a very special place to grow grapes for many reasons,” says Muñoz Oca. “The perfect grape-growing climate, the best viticultural practices and people committed to crafting the best bottle of wine vintage after vintage is what Columbia Crest’s winemaking is all about. My time in Washington has been the most meaningful to me, I fell in love with the wine and the people, and that’s why I’ve been here since.

According to local historical records in 1857 rancher James Kinney was camping in the range of hills in
south-central Washington. When he woke up to discover his herd had wandered up a mountainside
and into an upland plain where they were munching on succulent bunch grass. “surely this is Horse
Heaven,” Kinney commented. the area has been known as the Horse Heaven Hills (H3) ever since.

“ This Moscato from Washington state opens with aromas of lychee and white rose. Bright flavors of peaches and tangerine are joined by the youthful sweetness of ripe honeydew and are deftly balanced with acidity. This semi-sweet wine can be enjoyed as an aperitif or as a refreshing complement to fruit salad or light cheeses.” – Juan Muñoz-Oca