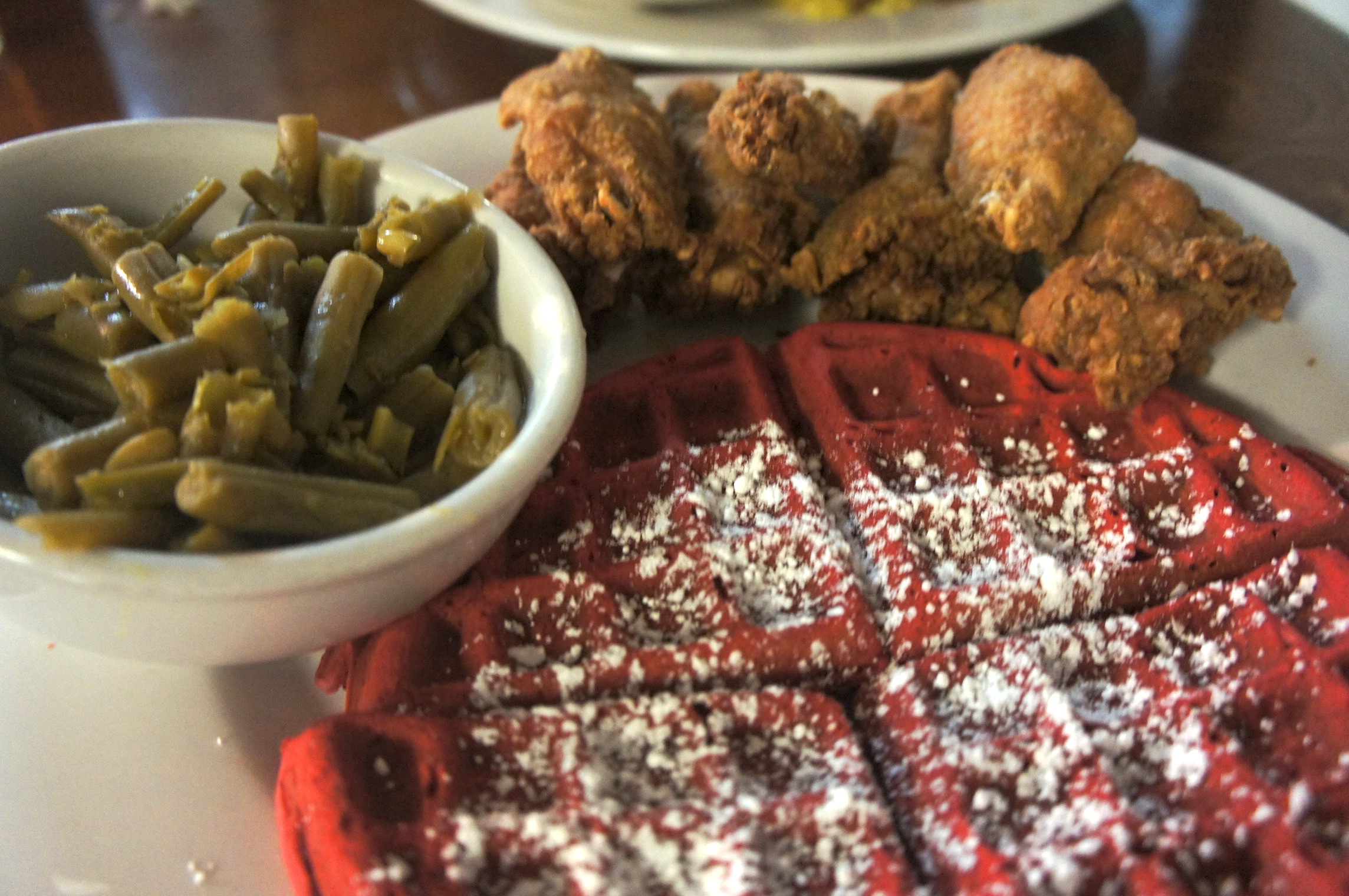 Central Floridians everywhere have lamented the closings of the late Mama Nem’s, Johnson’s Diner, and Lowe’s Good Eaton, placing a rather large hole in the heart of Orlando’s soul food scene. One would have to travel to Angel’s in Sanford for some really good soul food.

Recently, McKnight’s, a new soul food restaurant opened on Church Street in the shadow of the new Amway Center. This is the same location previously occupied by Johnson’s Diner and briefly, Fish and Loaves.

Other soul food places have also sprung up in recent years, many still waiting to be discovered and their menus explored by hungry Orlando-ans.

Maybe the outlook for good soul food is looking up for the City Beautiful.

Chef Eddie’s, which opened in 2009,  is located in the Washington Shores neighborhood off of Orange Center Boulevard, just west of John Young Parkway near the SR 408 exit.

Owned by Eddie and Bess James, this family run restaurant is known for their chicken and waffles and soul food. Here, Bess takes over the hosting duties, while Chef Eddie mans the kitchen. The waitresses are dressed in formal attire with ties and give service with a smile.

It was karaoke night the Friday night that we arrived – a young lady performing on the mic while her partner played the keys. The music, admittedly, was a bit loud, but it gave the place a nice lively feeling. We were even invited to join in and pick a few songs.

Queen Bee’s, another soul food restaurant, used to occupy this same location. The decor is a bit aged – maybe like going to a distant relative’s home who hasn’t renovated the furnishings since the 1980s.

The chairs and tables are all set up for family style dining though, and of course, what is soul food without having friends and family to enjoy it with?

And that is where the heart of the place lies: the great food coming out of Chef Eddie’s kitchen.

Our waitress recommends the fried green tomatoes for starters: fried in a seasoned batter on top of a generous helping of cheesy Parmesan grits, drizzled with a sweet gravy sauce. The tomatoes were fresh and not too tart, just the way I like them, and, when combined with the cheesy grits, a tasty dish. Definitely would get this again, especially with a large party as the serving was generous.

This is a theme here…

I ordered the Pork Ribs dinner platter, not done “barbecue” style with a smokey flavor, but more like oven baked and topped with a tangy sweet mustard based barbecue sauce that went very well with the pork. The pork was tender and “finger licking good” and the serving size was enough for two meals.

My other dining partners ordered the beef stew platter and the oxtail platter, both of which had a nice brown gravy sauce that went well together with the stewed meats and yellow rice.

The waffles are served with fried chicken wings, and a side of syrup.

Overall, I would definitely go back to Chef Eddie’s to enjoy some great soul food cooking, for the  great prices, quality, and friendliness.

They even have a closer satellite restaurant called Chef Eddie’s East, located inside the Evans Food Mart on Goldenroad Road (just north of the SR 408 exit).

I visited recently to pick up some oxtail to go…and it was just as delicious as the original Chef Eddie’s. The mac and cheese here had a nice white creamy color to it though. And it really is more of a to go place as it can get awkward eating inside a convenience store.

Chef Eddie himself – putting in work in the kitchen

Inside Look: The Chef and I – Chef’s Tasting Menu – Thursdays thru Saturdays in Orlando