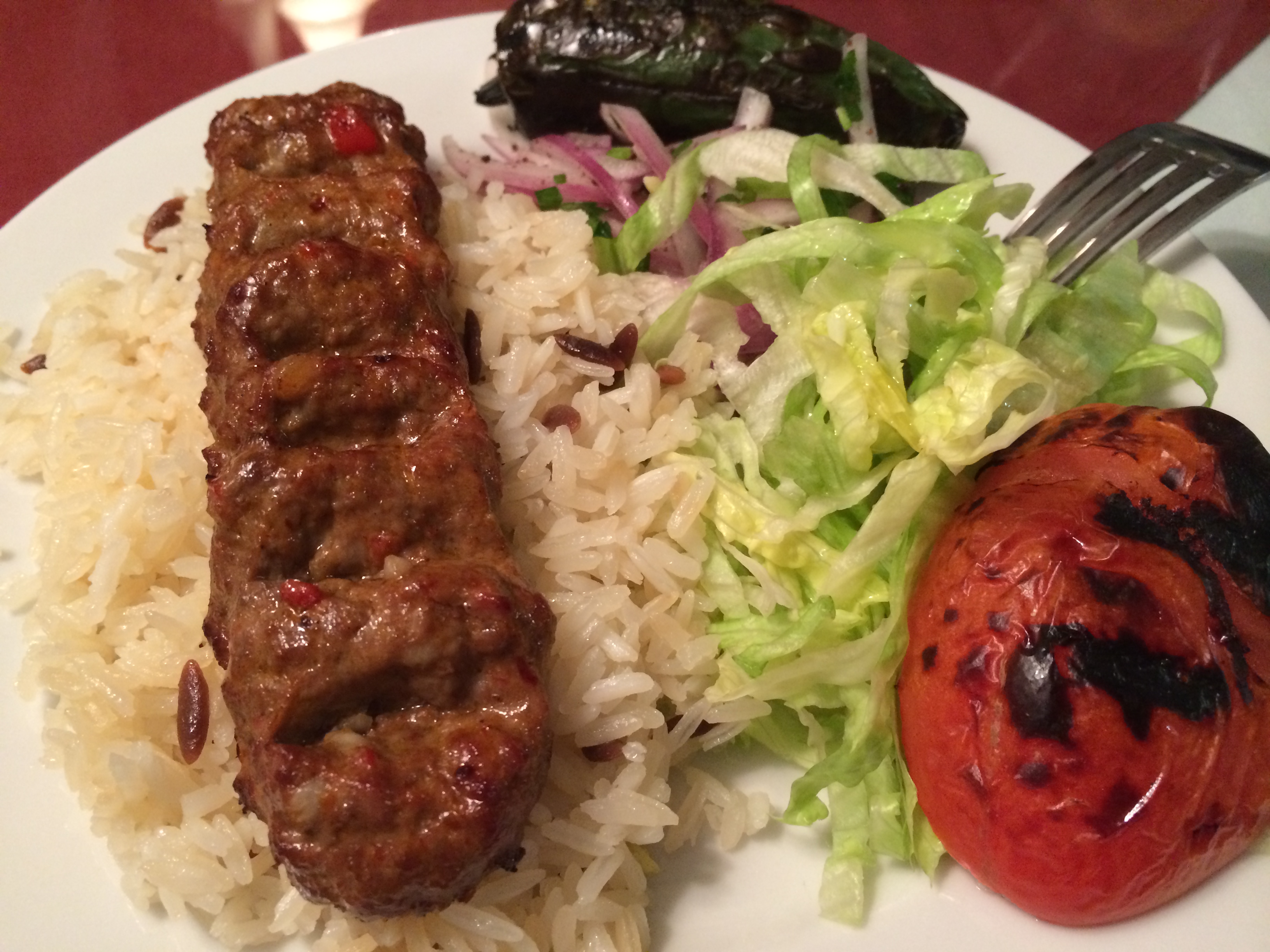 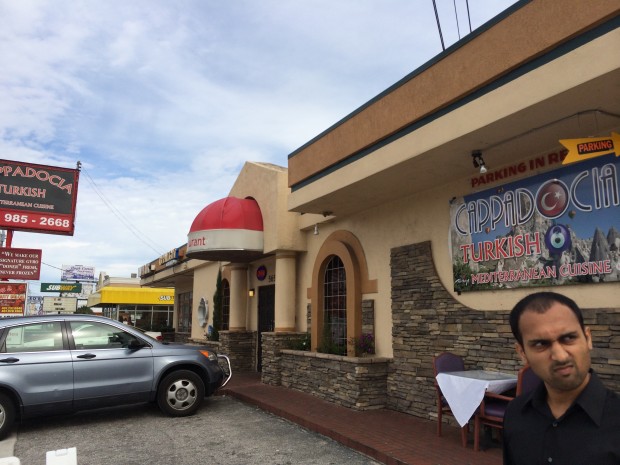 Turkish food is largely the heritage of Ottoman cuisine, prevalent throughout the Mediterranean reaching from Central Asia to the Balkans and even Greece, a remnant of the influence held by the long standing Ottoman empire of days past. The Turkish empire continues to expand even today, well, at least as part of Central Florida’s culinary world.

Cappadocia Turkish Cuisine took over the long time standing Cafe Italiano restaurant on Semoran Blvd a year or so ago. The interior is very much like what you would expect a Turkish restaurant would look like after minor renovations  to an Italian restaurant – additions of hookahs, some paintings of Turkish seaside. Italy and Turkey are after all both Mediterranean countries. It kind of felt like walking into a Turkish family’s dining room and, in a way, like crashing a family dinner as we were the only non-Turkish in the house at lunch. Several other diners all appeared to be conversing in Turkish with the owners – always a good sign for an authentic experience.

Service here is a bit of a hit and miss, though, with some need of polishing around the edges. 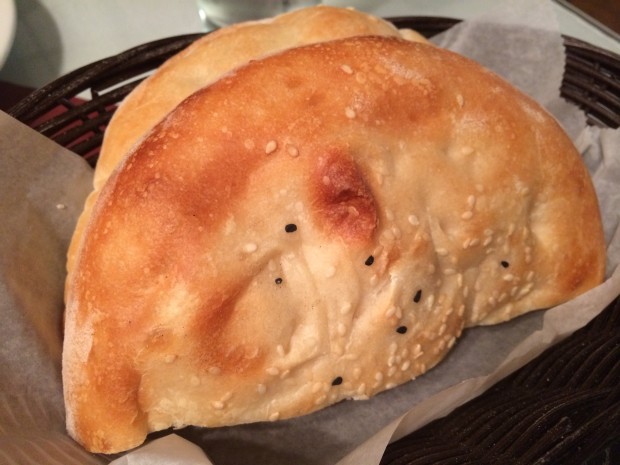 The restaurant is named after the eponymous Cappadocia, the historic region in Turkey known for its beautiful rock fairy chimneys and rock cut temples, coming from a name of the ancient Turkic kingdom dating back to before the time of Alexander the Great.

For our appetizer, my dining companion and I order the cigarette borek, tasty little cylindrical scrolls of pan fried Phyllo (shaped like tiny cigarettes) stuffed with feta cheese, savory and crunchy. 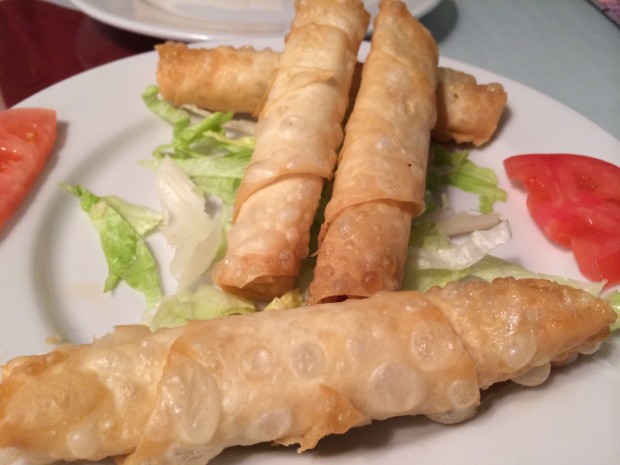 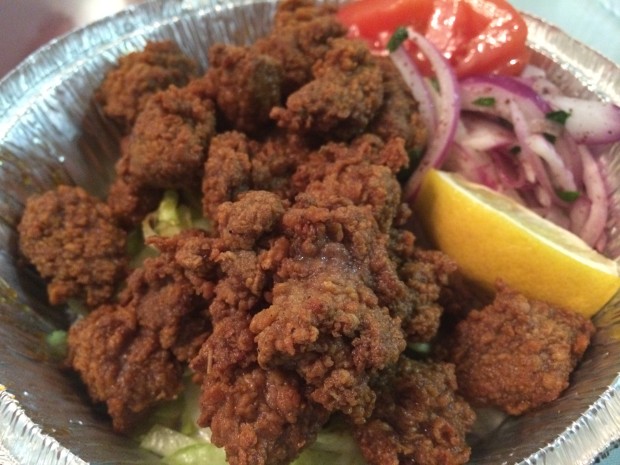 Fried Calf livers from Cappadocia Turkish – a popular appetizer, but ultimately, not for me.

For our entrees, I had an exceptional chicken adana kebab platter over fragrant rice pilaf with lettuce and tomatoes and my companion had a similarly tasty beyti kabab made with skewered lamb mixed with parsley and garlic. Our only complaint is that we wish we had more of the lovely skewered meats. 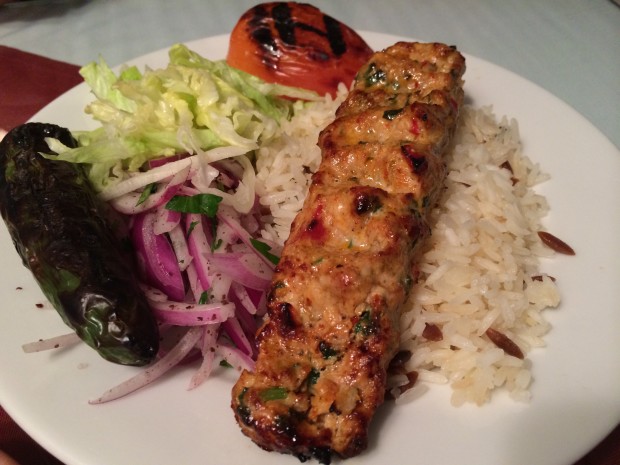 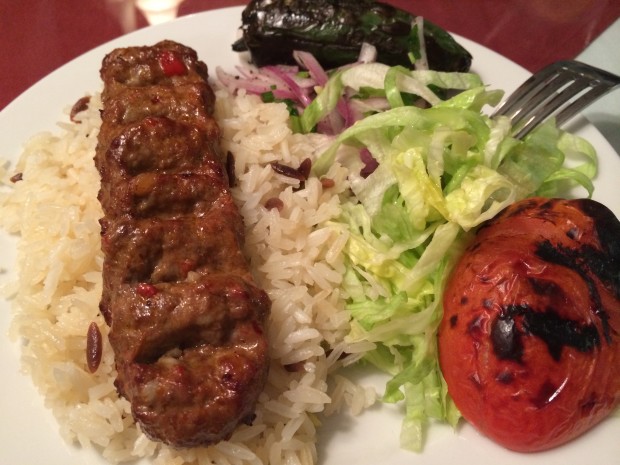 Beyti Kebab – Lamb flavored with parsley and garlic, then grilled on skewers and served with homemade pide bread and rice – $6.99

Doner kebab is a Turkish dish made of meat cooked on a vertical rotisserie, normally lamb but also a mixture of veal or beef with these, or sometimes chicken. The dish is also widely known by its Arabic name “shawarma” or the Greek name “gyros”. The doner here is made by hand in house, rather than the processed gyro meats that we are used to at the Mediterranean stalls at the mall food courts.

Here at Cappadocia, you can order your doner with rice or as a sandwich in between two slices of fatty pide bread. Make sure to specify which one you want. The lamb gyro (doner kebab) sandwich is now one of my favorite sandwiches, and also one of the most filling sandwiches I’ve had in a while with layers of sliced lamb stuffed in the warm, fluffy sesame toasted Turkish pide bread along with lettuce, tomatoes, and onions, lathered with some spicy sauce and tzatziki.

I would definitely return for some more Turkish delights. 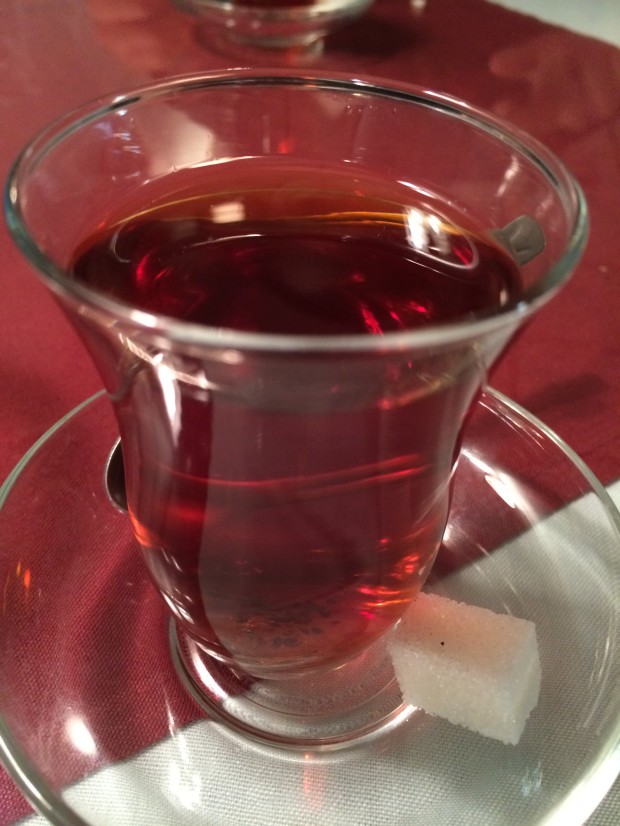 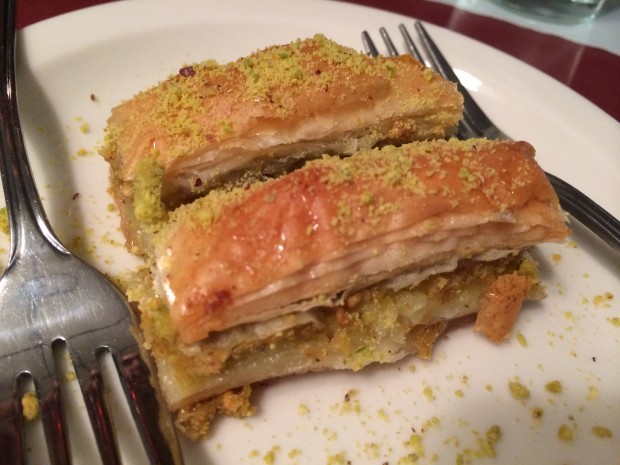 Previous articleTastyChomps Mini-Travel Guide to London – Part 1 – The Tourist Sights
Next article10 Foodie Things You Might Have Missed From this Week plus Instagram Contest!