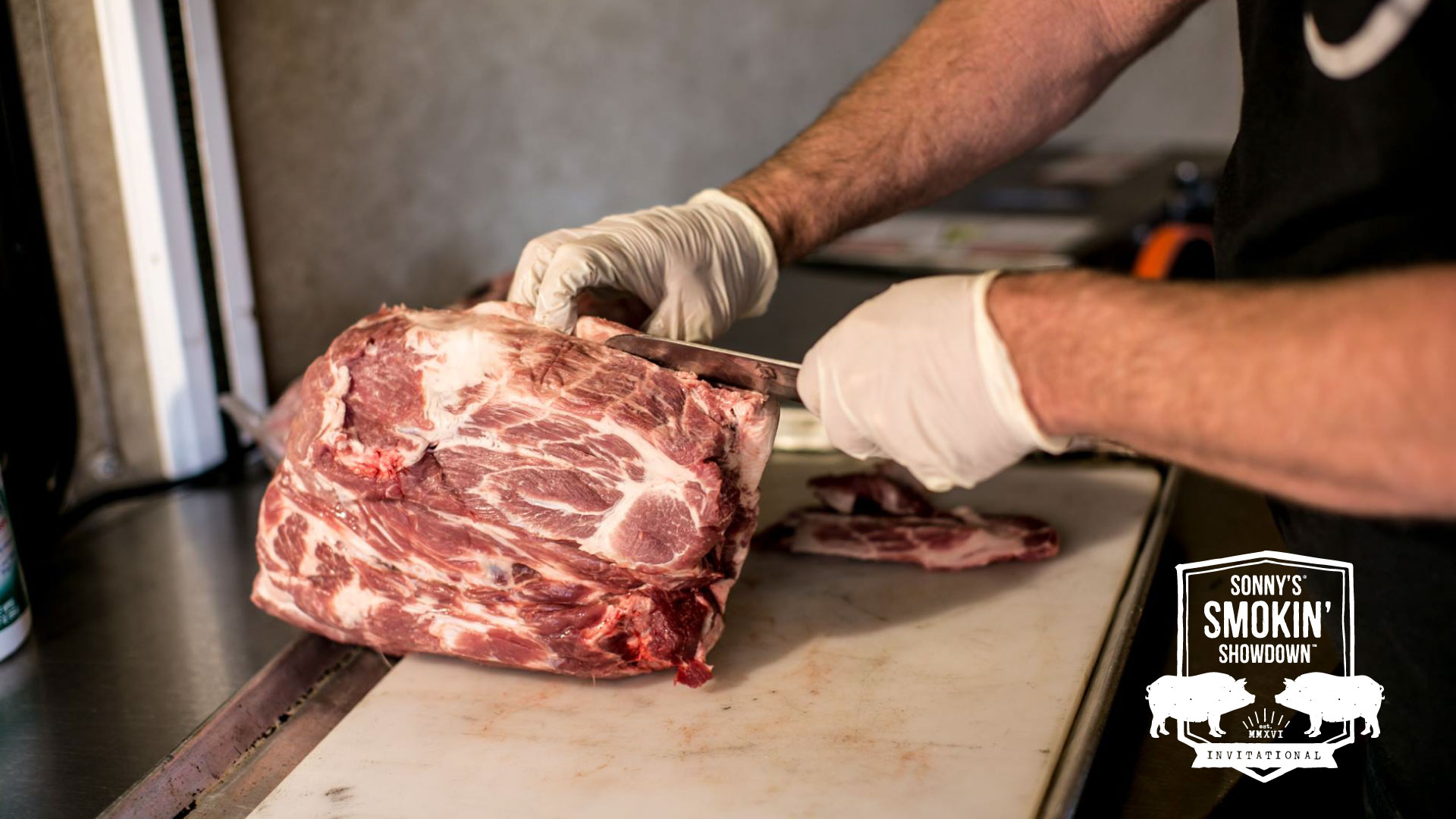 The third largest BBQ chain in the country is back with its highly anticipated Smokin’ Showdown Invitational BBQ competition and festival, inviting visitors from across the country to for a full day of BBQ amongst the nation’s top Pitmasters. 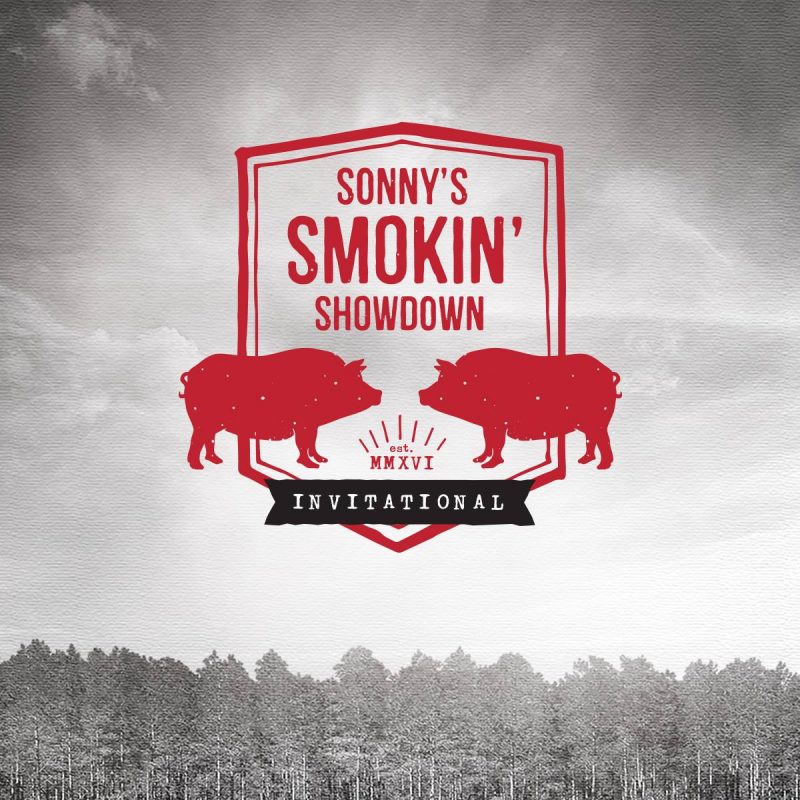 The Sonny’s Smokin’ Showdown BBQ competition and large-scale festival is designed to make Florida a BBQ destination by bringing BBQ enthusiasts from across the country to Central Florida for a full day of live music, family fun and delicious BBQ. While attendees watch more than 50 professional BBQ competition teams and taste their award-winning recipes, Sonny’s Smokin’ Showdown attendees may also participate in rib and donut eating contests and enjoy live music, featuring Frankie Ballard at the family friendly festival.

The invitation-only competition brings together the nation’s top Pitmasters in one arena for an epic BBQ battle.

Teams are judged on five different meat categories: chicken, ribs, pork, brisket and a mystery meat, which will be announced at the event. 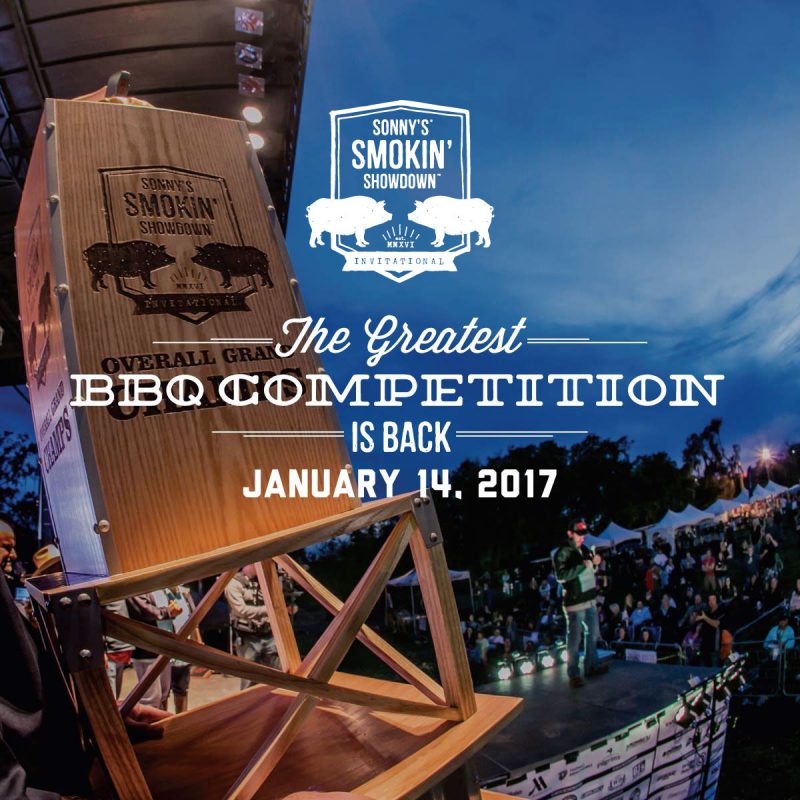 “The Smokin’ Showdown celebrates what we’re all about; good BBQ and great company,” said Montana Coleman, Co-Organizer of Sonny’s Smokin’ Showdown. “We look forward to seeing these talented Pitmasters showcase their skills in our home state of Florida.”

Sonny’s Smokin’ Showdown will host local vendors, family-fun activities and musical performances by top country artists, including Hayfire, Rockit Fly and Jill’s Cashbox. The headliner will be Frankie Ballard. The event is $5, kids 10 and under are free. 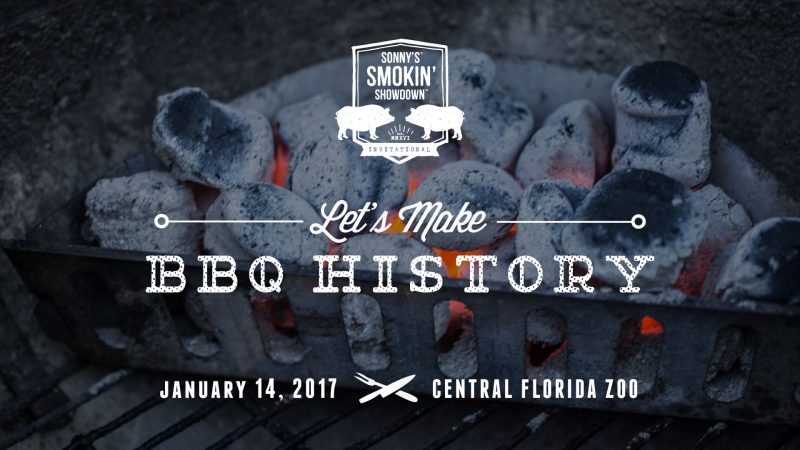 “In 1968, we were just a local BBQ joint in Gainesville, Florida. Today, we’re still a local BBQ joint. We just happen to be in a few more locations. But we still do things the same way Floyd “Sonny” Tillman and his wife, Lucille, did back then. We still slow-smoke over oak for up to 12 hours at a time. We still serve generous portions. And we still believe people should be able to go out to eat and feel right at home.” – Sonny’s BBQ Team 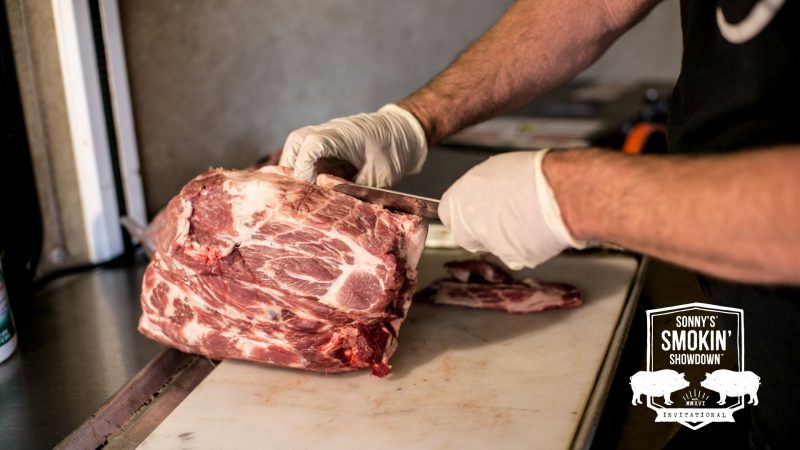 About Sonny’s Smokin’ Showdown
Sonny’s Smokin’ Showdown Invitational is a national BBQ competition hosted by Sonny’s BBQ and sanctioned by the Florida Barbecue Association. Taking place at the Central Florida Zoo on January 14, this competition and large-scale festival is designed to bring BBQ enthusiasts from all over the country to the heart of Florida for a full day of live music, family fun and delicious BBQ.

First of its kind in the area, Sonny’s BBQ created the Smokin’ Showdown to share its passion and expertise with the BBQ community, as well as provide a platform for Pitmasters to showcase their talents alongside some of the best in the business. Last year, Sonny’s Smokin’ Showdown had about 10,000 attendees and close to 50 competing teams.

About Sonny’s BBQ®
With 113 locations throughout the southeast, Sonny’s BBQ® is one of the largest and most popular barbecue restaurant companies in the country. The Daily Meal has named Sonny’s BBQ the Best Barbecue Chain in America for the last two years. Floyd “Sonny” Tillman and his wife, Lucille founded Sonny’s BBQ in 1968 in Gainesville, Fla. in hopes of creating a local BBQ joint for their community to enjoy. Forty-eight years later, Sonny’s BBQ continues to be just that – a passionate BBQ brand constantly perfecting the craft of BBQ. For more information and to find the Sonny’s BBQ location closest to you, please visit: www.sonnysbbq.com.