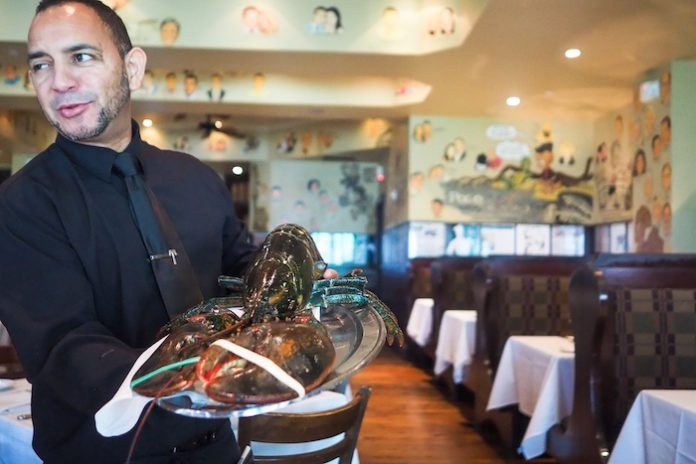 Located in the Hard Rock Hotel, The Palm Orlando brings the legacy of the famous New York steakhouse to Universal Orlando Resort. Caricatures of celebrities and sports figures adorn the walls (both local and national) – a nod to the original Palm restaurant’s roots in the newspaper district of Manhattan, where famous cartoonists would often exchange drawings for their meals. You may notice a few of the “local” celebrities including Orlando City Mayor Buddy Dyer and Orange County Mayor Jerry Demings. 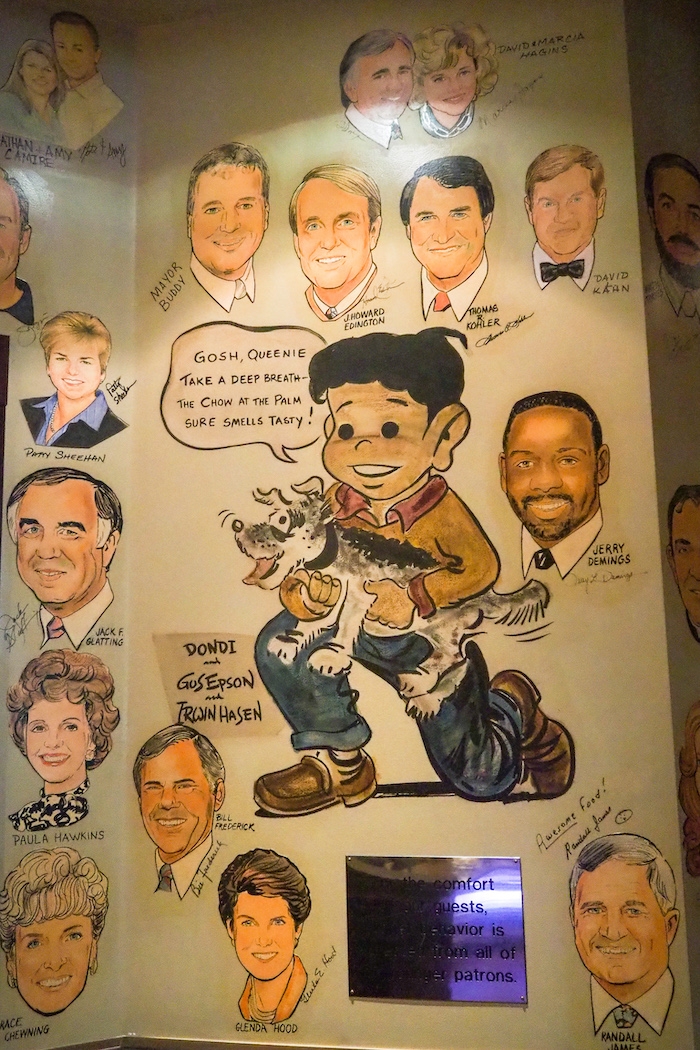 The restaurant’s storied past begins in 1926, when Pio Bozzi and John Ganzi of Parma, Italy opened the first Palm in New York City – and it is still owned by the families who started it today. 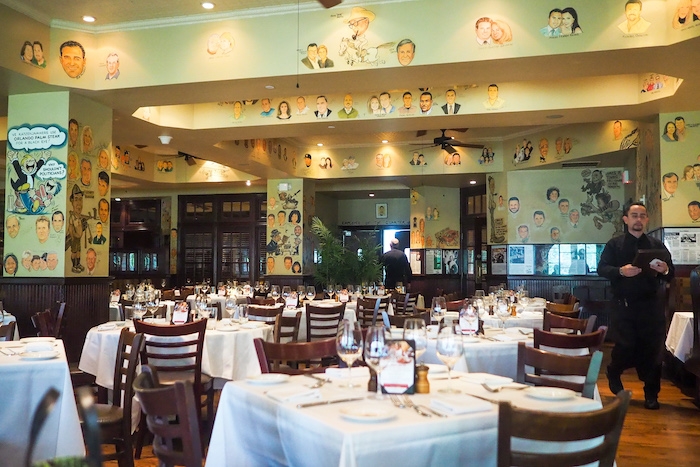 They originally wanted to name the restaurant “Parma” but the name was mistakenly registered as “Palm” due to their thick Italian accents. The Palm quickly became a hub for local journalists and artists and takes off as a steakhouse after a customer requests a steak and Ganzi runs up Second Avenue to a butcher shop to get one, cooking it to order. They’ve become known for steaks ever since.

Locally, the Palm is managed by General Manager Christian Gabriel, a New Jersey native, who joined The Palm in 2009 as Beverage Manager (he’s also a certified sommelier). The kitchen team is led by local Winter Park native Kyle Bowser who serves as Executive Chef and joined The Palm in 2007. 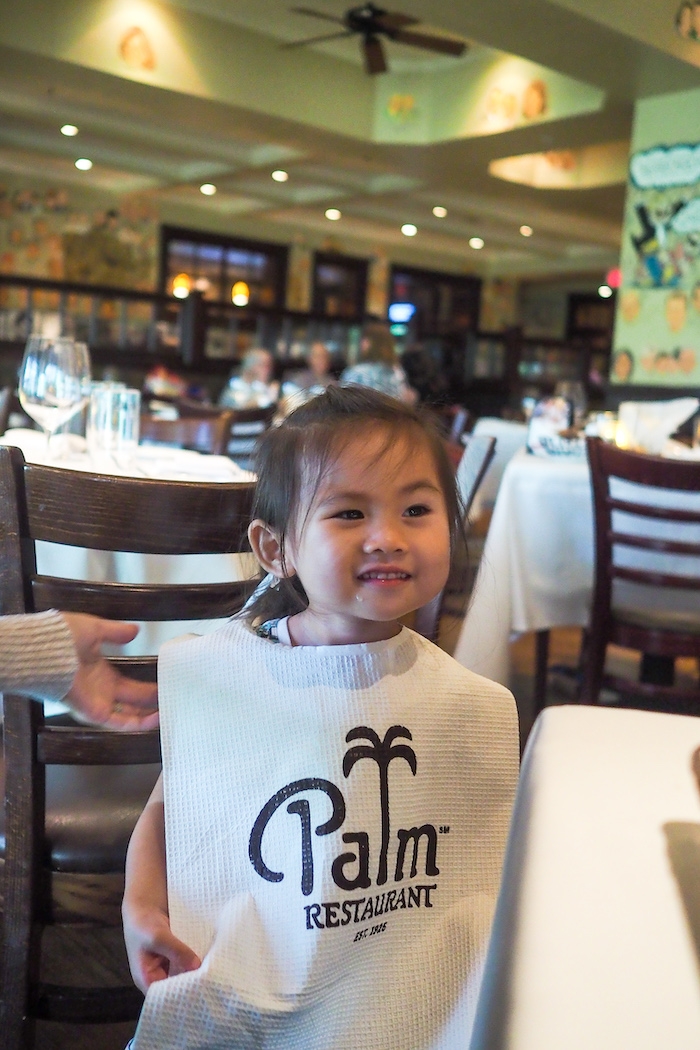 World-renowned for prime aged steaks and massive Nova Scotia lobsters, The Palm’s is celebrating summer with Summer Lobster specials, featuring massive, fresh 4-pound (and up) Jumbo Nova Scotia lobsters, two starter sides (choose from the mixed green salad, caesar salad or lobster bisque soup), and a choice of vegetable or potato side, served family style for $109. There’s also a surf and turf special for one and lunch specials as part of the Summer Lobster Special. 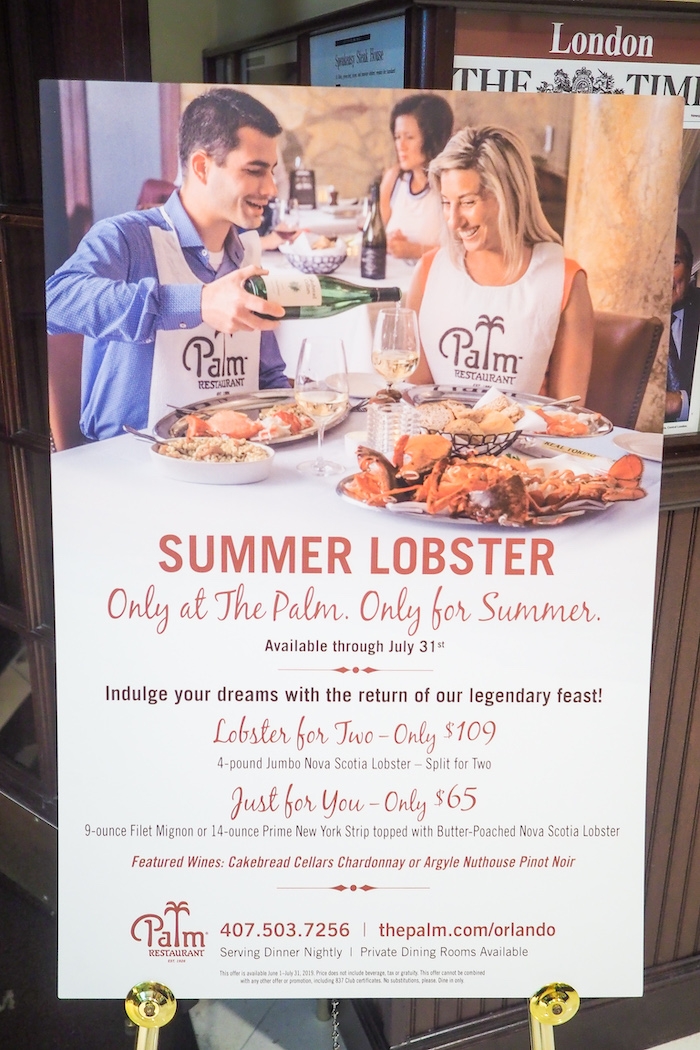 Summer Lobster Celebration at The Palm!
Join The Palm June 1st through July 31st and indulge once again in this legendary feast.

Choice of One Side
Choose one signature vegetable or potato side, served family-style.

Though it started out as a poor man’s food, lobster has become more and more synonymous with “eating well” and “fine dining.” What is it about these prized crustaceans that makes us love them so? Is it the tender tail and claw meat?

One thing I have to say is the lobsters here at The Palm can get very large – from the 4 lb lobster, you can order larger by the pound for $15 extra per pound. They’re sourced fresh from right off the coast of Canada in Nova Scotia. 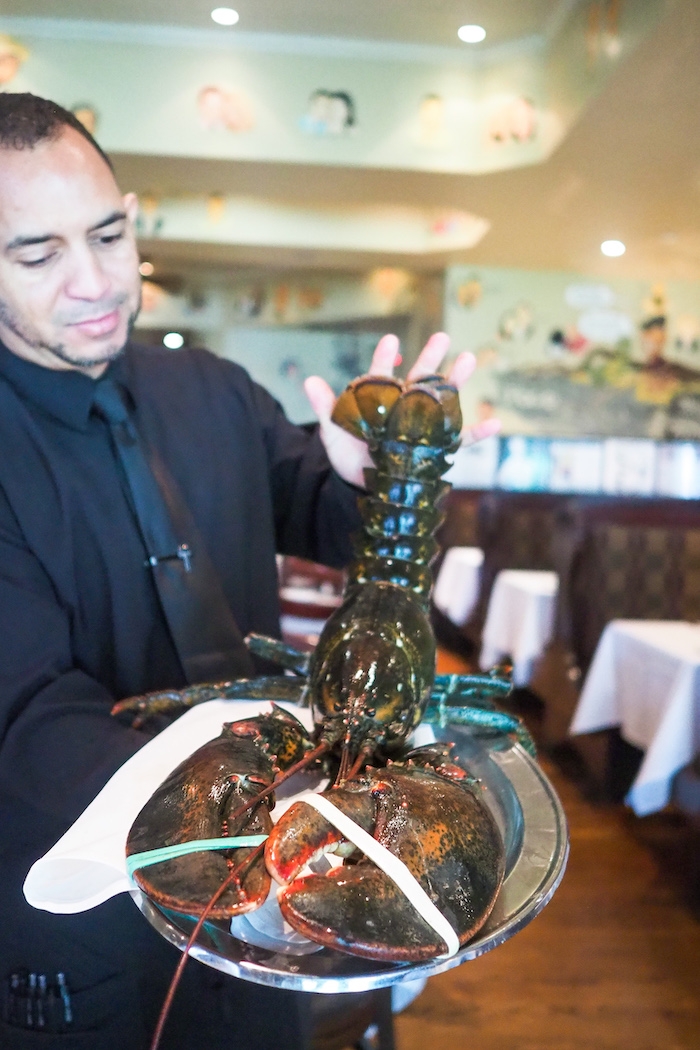 Along with the lobster special, two starter side dishes are available as well as a shareable side. The classic Caeser salad here is made with fresh romaine lettuce and topped with a creamy dressing and a few slices of anchovies (optional).

You can tell Chef Kyle and the kitchen team at The Palm take a lot of pride in their side dishes as each of the side dishes we sampled were cooked perfectly from the fried hashbrown potatoes to the seasonal corn with crispy pork to the wild mushrooms with a balsamic vinaigrette and the classic brussel sprouts. My favorite of them all was the corn dish.

Aside from the dishes that come with the special, you can also order sides such as the meaty lamb chop lollipops and bacon wrapped scallops, all exceedingly delicious.

The lobster, which is meant to be shared, comes out on large plates and one of our servers deftly cracks the lobster claws with just his bare hands and a table napkin. It was quite the feat, and much appreciated as it makes eating the lobster that much easier. It’s served with drawn butter and lemon – a nice citrus zest to complement the fresh lobster meat from tail to claw. 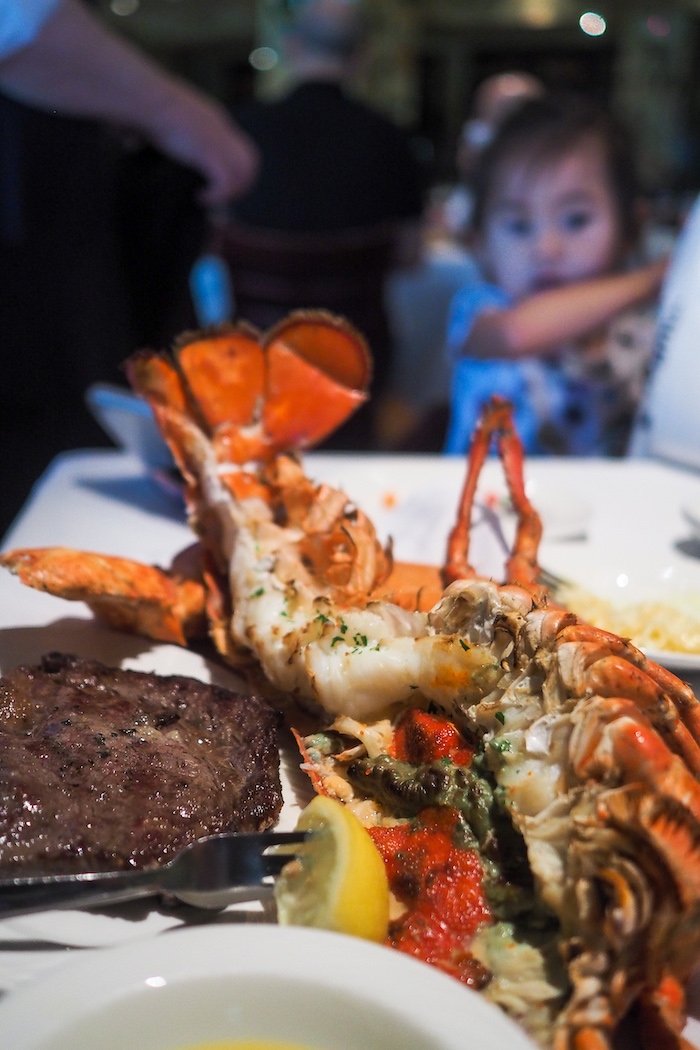 For dessert – there’s a small list of classics such as the NY Cheesecake, Key Lime Pie, and of course chocolate cake, and seasonal berries – all done quite well, as is expected of a great steakhouse. 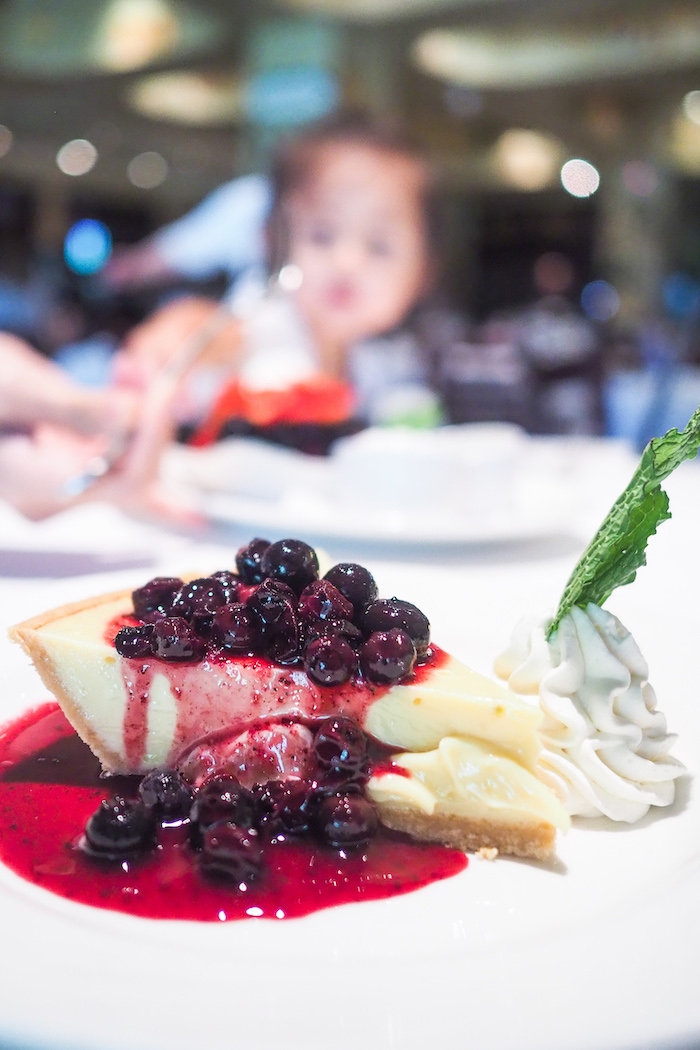 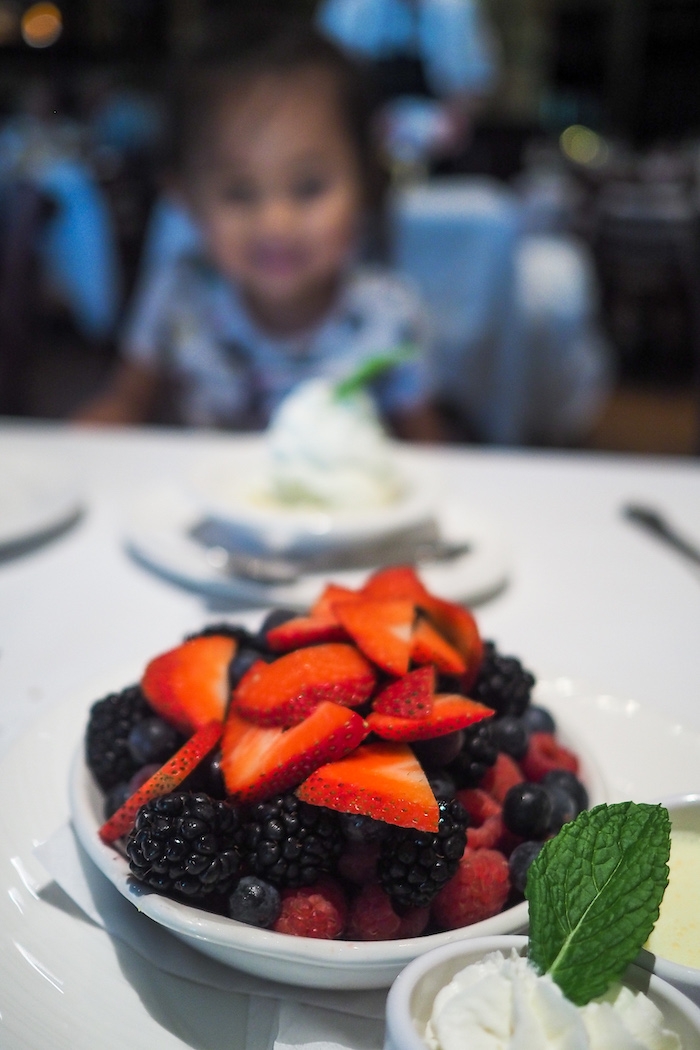 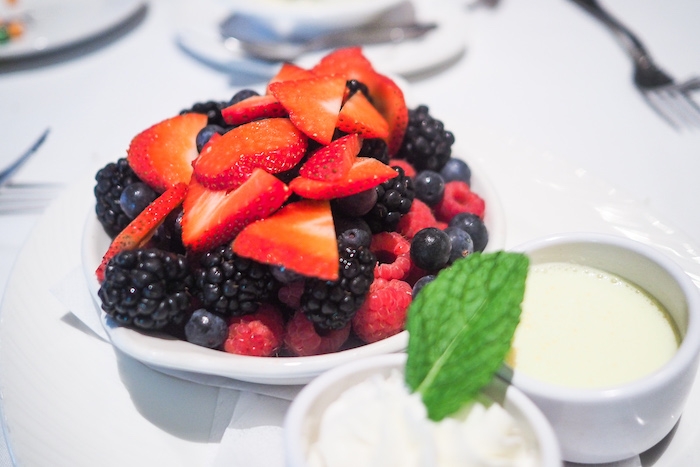 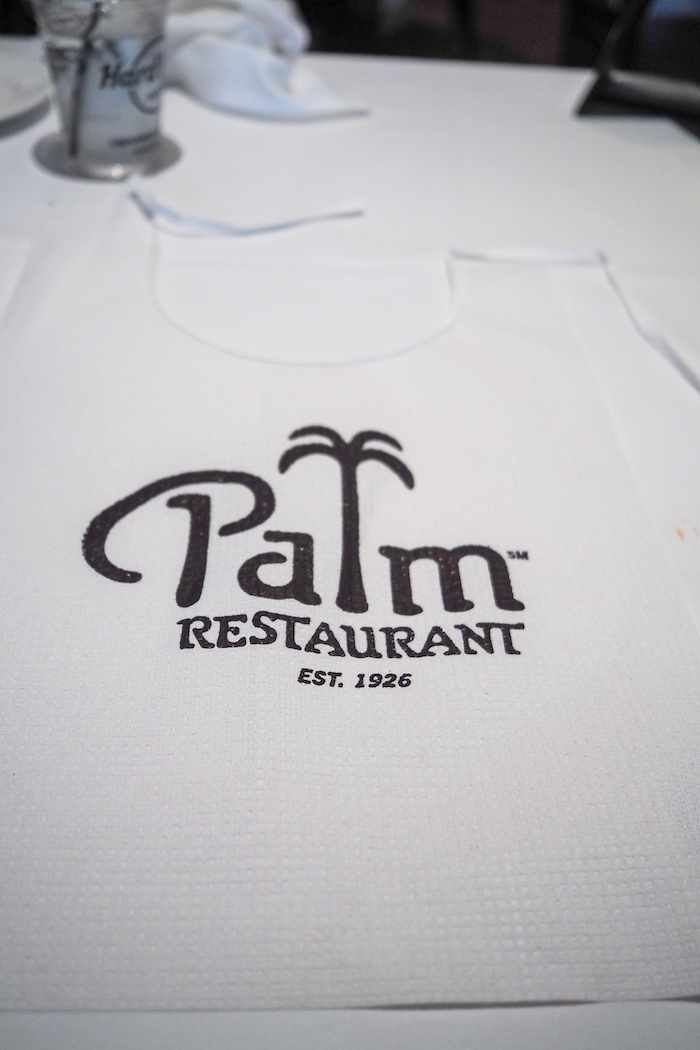 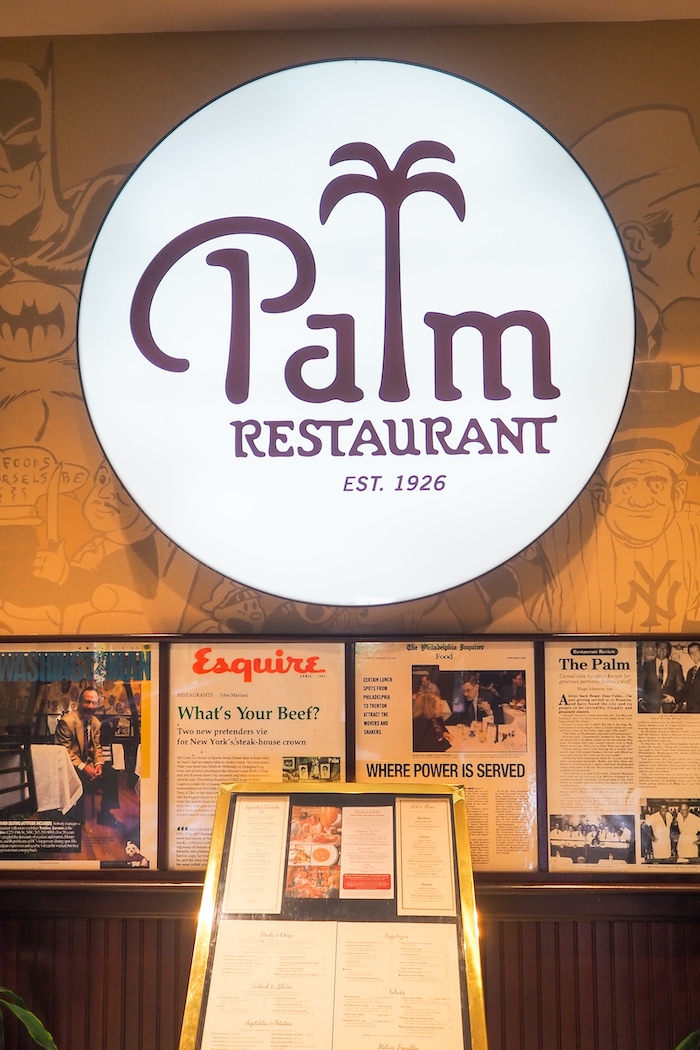 With dishes as gorgeous and delicious as these, it’s no wonder The Palm has become such a classic American steakhouse – and will probably continue on another 100 years! 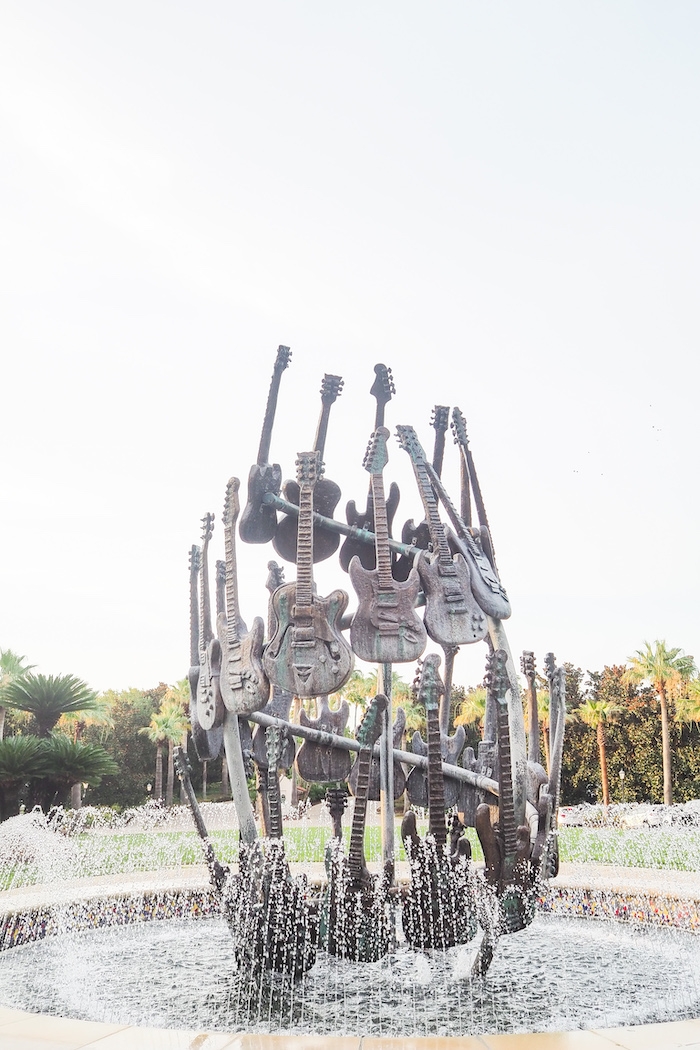 Inside Look: The Pass Progressive Cuisine