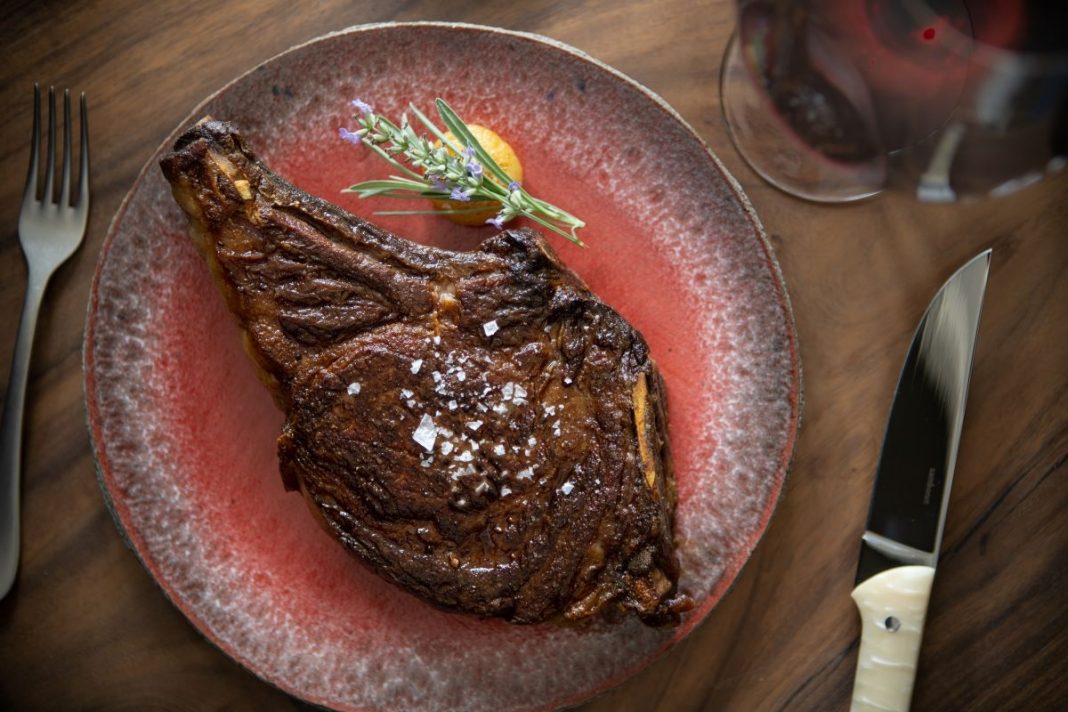 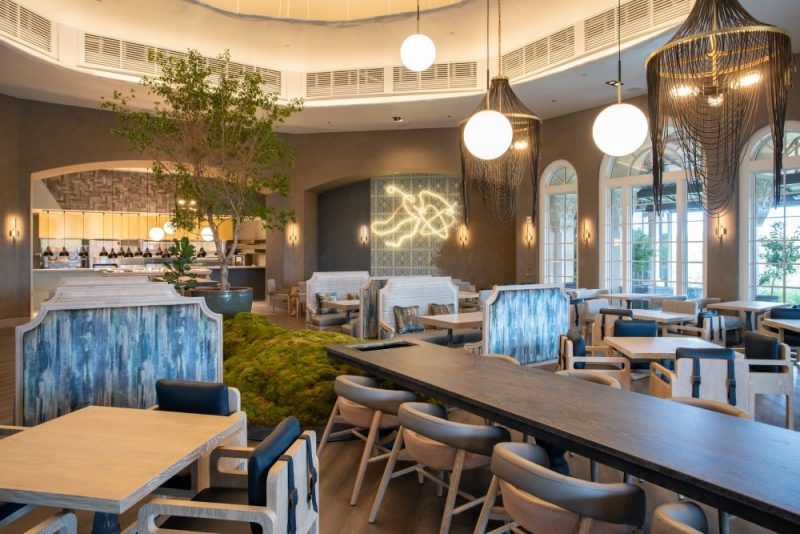 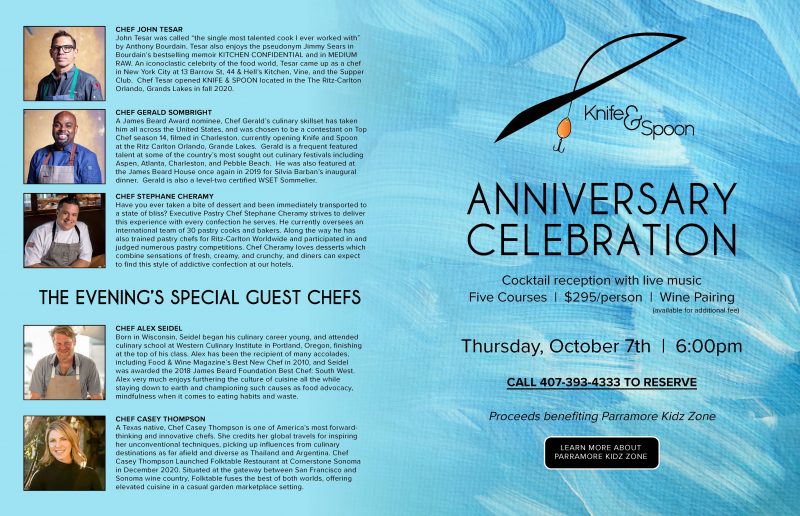 CHEF JOHN TESAR
John Tesar was called “the single most talented cook I ever worked with”
by Anthony Bourdain. Tesar also enjoys the pseudonym Jimmy Sears in
Bourdain’s bestselling memoir KITCHEN CONFIDENTIAL and in MEDIUM
RAW. An iconoclastic celebrity of the food world, Tesar came up as a chef
in New York City at 13 Barrow St, 44 & Hell’s Kitchen, Vine, and the Supper
Club. Chef Tesar opened KNIFE & SPOON located in the The Ritz-Carlton
Orlando, Grands Lakes in fall 2020.

CHEF GERALD SOMBRIGHT
A James Beard Award nominee, Chef Gerald’s culinary skillset has taken
him all across the United States, and was chosen to be a contestant on Top
Chef season 14, filmed in Charleston. currently opening Knife and Spoon
at the Ritz Carlton Orlando, Grande Lakes. Gerald is a frequent featured
talent at some of the country’s most sought out culinary festivals including
Aspen, Atlanta, Charleston, and Pebble Beach. He was also featured at
the James Beard House once again in 2019 for Silvia Barban’s inaugural
dinner. Gerald is also a level-two certified WSET Sommelier.

CHEF STEPHANE CHERAMY
Have you ever taken a bite of dessert and been immediately transported to
a state of bliss? Executive Pastry Chef Stephane Cheramy strives to deliver
this experience with every confection he serves. He currently oversees an
international team of 30 pastry cooks and bakers. Along the way he has
also trained pastry chefs for Ritz-Carlton Worldwide and participated in and
judged numerous pastry competitions. Chef Cheramy loves desserts which
combine sensations of fresh, creamy, and crunchy, and diners can expect
to find this style of addictive confection at our hotels. 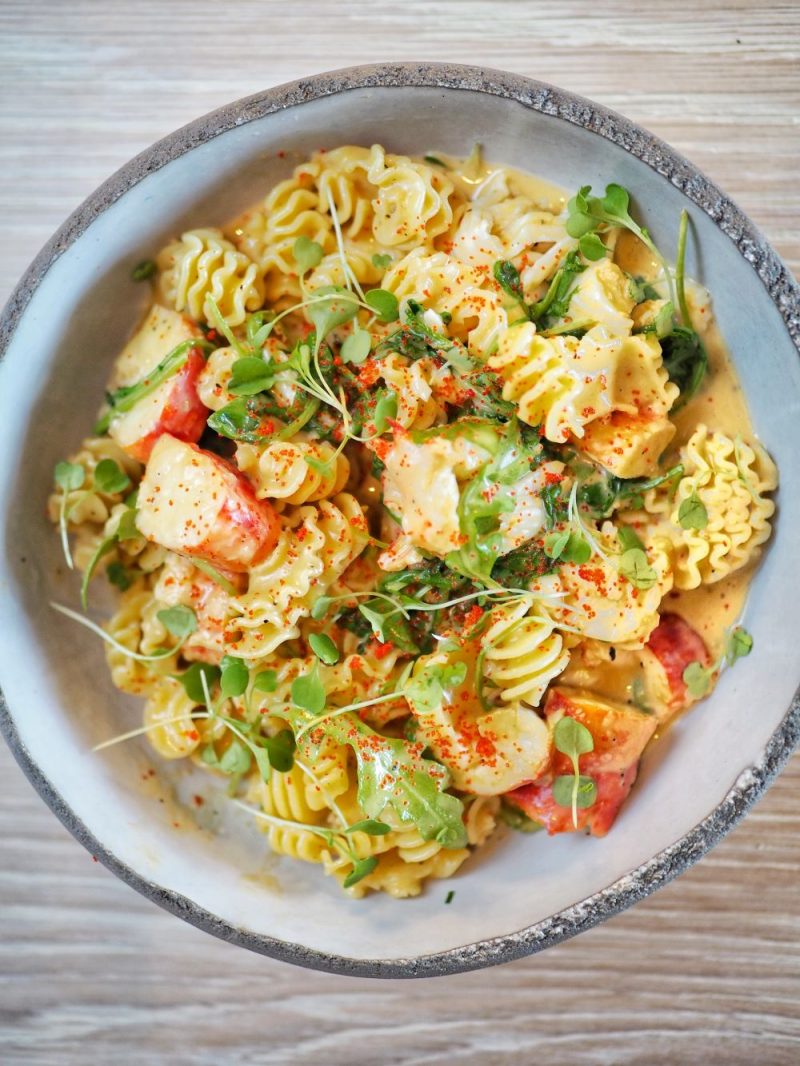 CHEF ALEX SEIDEL
Born in Wisconsin, Seidel began his culinary career young, and attended
culinary school at Western Culinary Institute in Portland, Oregon, finishing
at the top of his class. Alex has been the recipient of many accolades,
including Food & Wine Magazine’s Best New Chef in 2010, and Seidel
was awarded the 2018 James Beard Foundation Best Chef: South West.
Alex very much enjoys furthering the culture of cuisine all the while
staying down to earth and championing such causes as food advocacy,
mindfulness when it comes to eating habits and waste.

CHEF CASEY THOMPSON
A Texas native, Chef Casey Thompson is one of America’s most forwardthinking
and innovative chefs. She credits her global travels for inspiring
her unconventional techniques, picking up influences from culinary
destinations as far afield and diverse as Thailand and Argentina. Chef
Casey Thompson Launched Folktable Restaurant at Cornerstone Sonoma
in December 2020. Situated at the gateway between San Francisco and
Sonoma wine country, Folktable fuses the best of both worlds, offering
elevated cuisine in a casual garden marketplace setting. 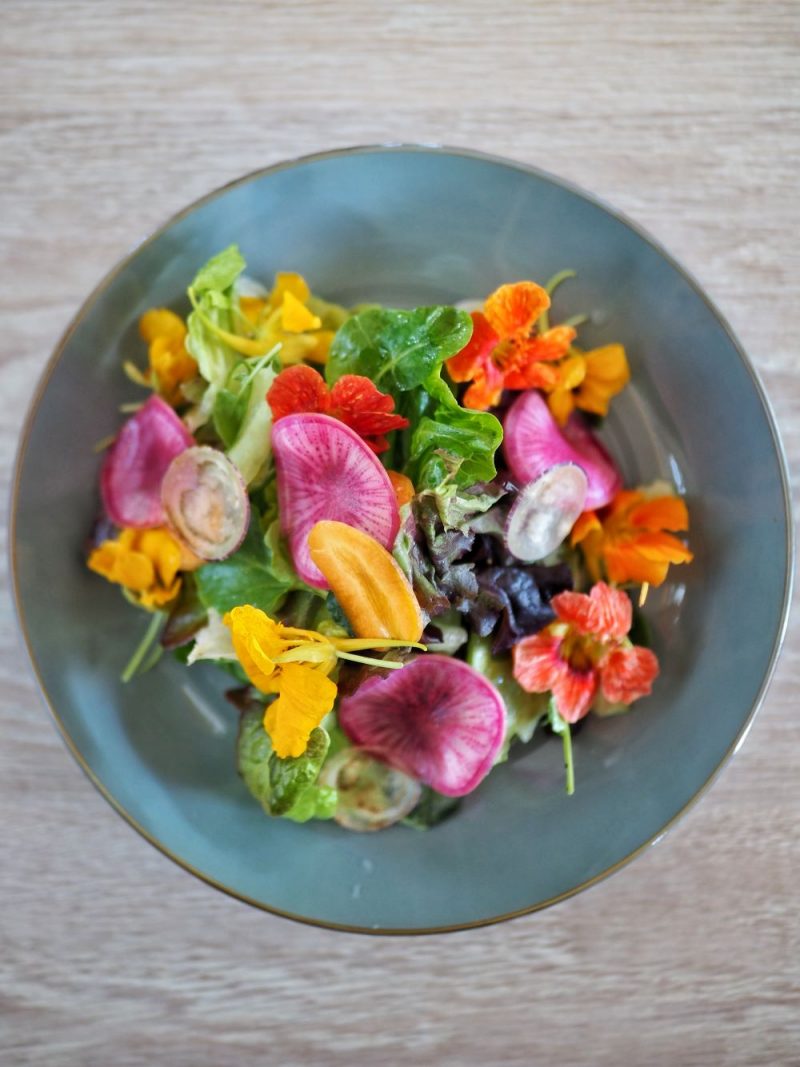 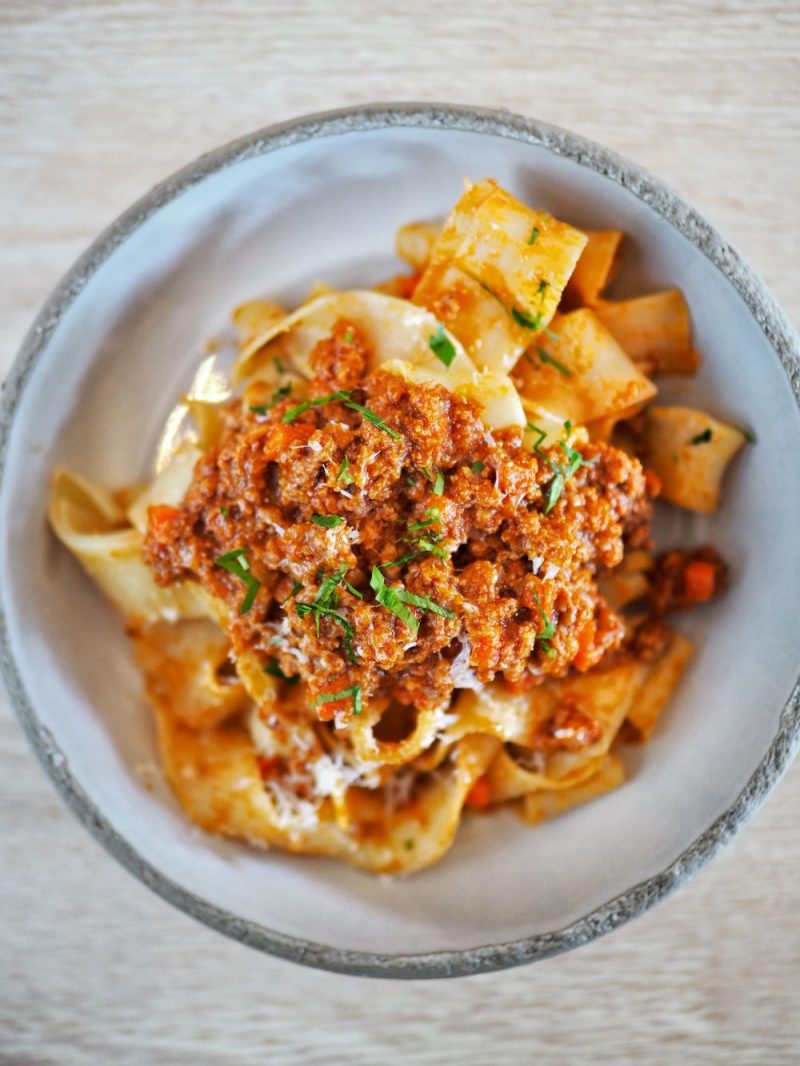