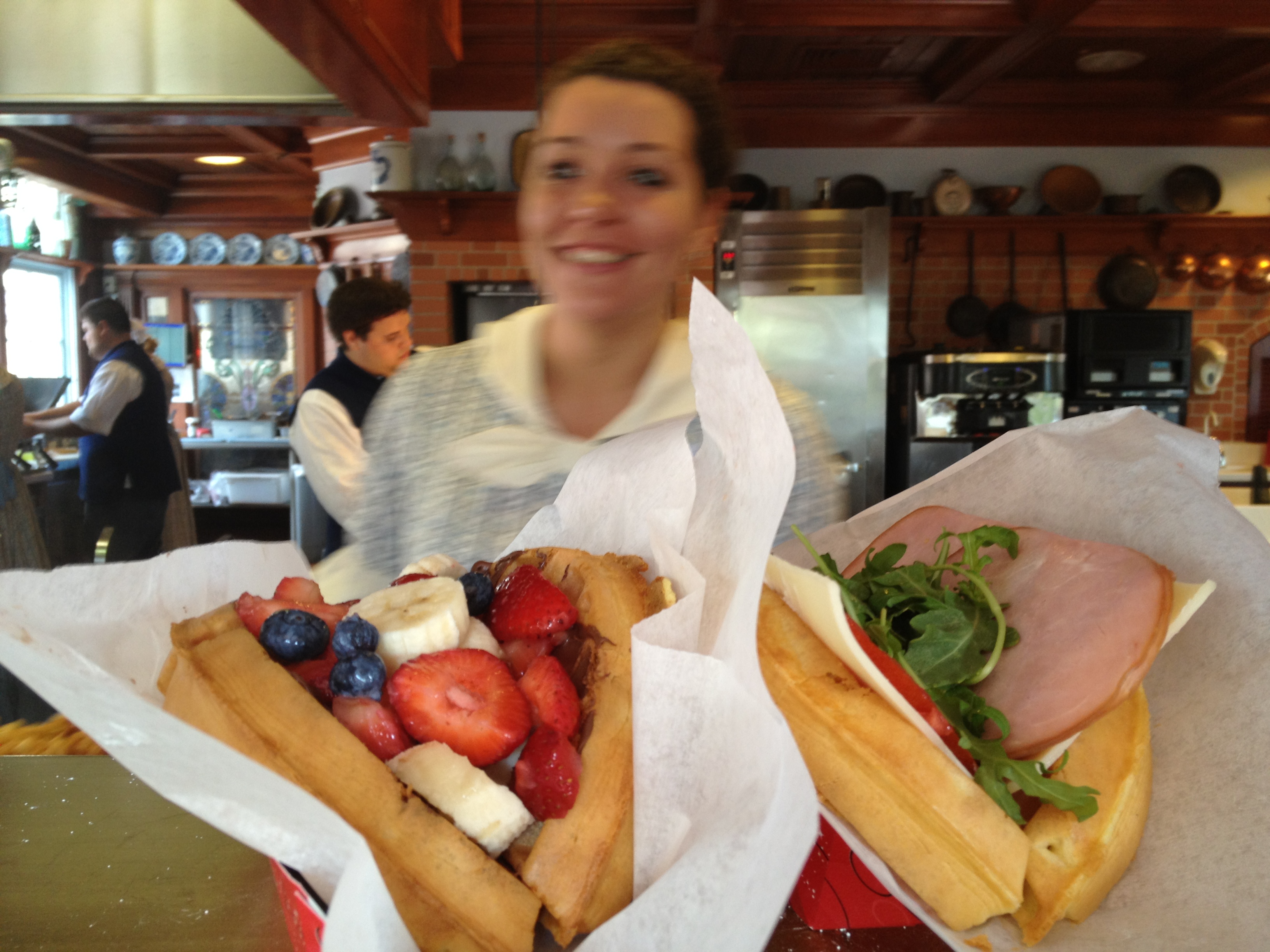 If you’re like me, living in Orlando you probably had to play host to visiting family and friends who come to vacation here at the theme parks. Despite their great dole whips and mammoth-sized turkey legs, Walt Disney World’s Magic Kingdom doesn’t necessarily always conjure up thoughts of great, creative food when compared to some of the other WDW parks like EPCOT.

Disney’s Magic Kingdom is currently undergoing some major renovations at its theme park with the new developing Fantasyland, rolling out in phases over the next few years. At the center of the new Fantasyland will be an exciting new ride based on the mine shafts prevalent in the world of Snow White and the Seven Dwarves. There is also a new game called “Secret Sorcerers of the Magic Kingdom” being played out at the park right now (more on that in a later post).

Not just the theme park itself, but the food and beverage offerings are slowly starting to get a upgrade as well.

Imagine my surprise when I found out – from the very informative and expansive DisneyFoodBlog – that there is a place that serves up waffle sandwiches at Magic Kingdom. On a recent visit with some family and friends, I knew I had to try it.

Located at the Liberty Square, Sleepy Hollow is a little hidden spot just to the left of Cinderella’s Castle probably best known as the only place to get funnel cakes in the entire Kingdom. The small counter-service spot is designed, like the rest of Liberty Square, with a Colonial American period style architecture with brick walls and cobble stoned streets. The staff, also dressed up in colonial garb, can be seen from the window working the waffle irons and making the waffle sammies fresh to order.

They actually had to get rid of the Mickey shaped waffles to accomodate the new menu, much to the chagrin of some Disney purists. The waffle sammie options include a sweet Nutella and fresh fruit waffle sandwich ($5.59), a sweet and spicy chicken or a ham, prosciutto and swiss waffle sandwiches (both $6.99) .

I was pleasantly surprised by the quality, taste, and value of these waffle sammies (large enough for two to snack on, I reckon). The waffles themselves were soft, fluffy, and slightly sweet, large enough for holding all the fillings inside without being too cumbersome for your hands.

My favorite of the bunch was the sweet and spicy chicken, made with lightly fried chicken breast that was slightly tangy, sweet, and crispy with a touch of black pepper and nicely garnished with some slaw and arugula.

The ham, prosciutto, and swiss was by no means a failure, it was pleasant and light, but it definitely did not pack the punch that the sweet and spicy chicken sandwich did.  I think it may need some more prosciutto or maybe some light sauce to liven it up.

Slathered on with a base of nutella spread and filled with fresh strawberries, blueberries, and banana, the nutella and fresh fruit waffle sandwich made for a wonderfully sweet ending,

All in all, the waffle sandwiches brought a very nice culinary and creative touch to the offerings at Magic Kingdom. Don’t miss it on your next visit!

The Menu at Sleepy Hollow

Working the irons, making the waffles fresh to order at Sleepy Hollow 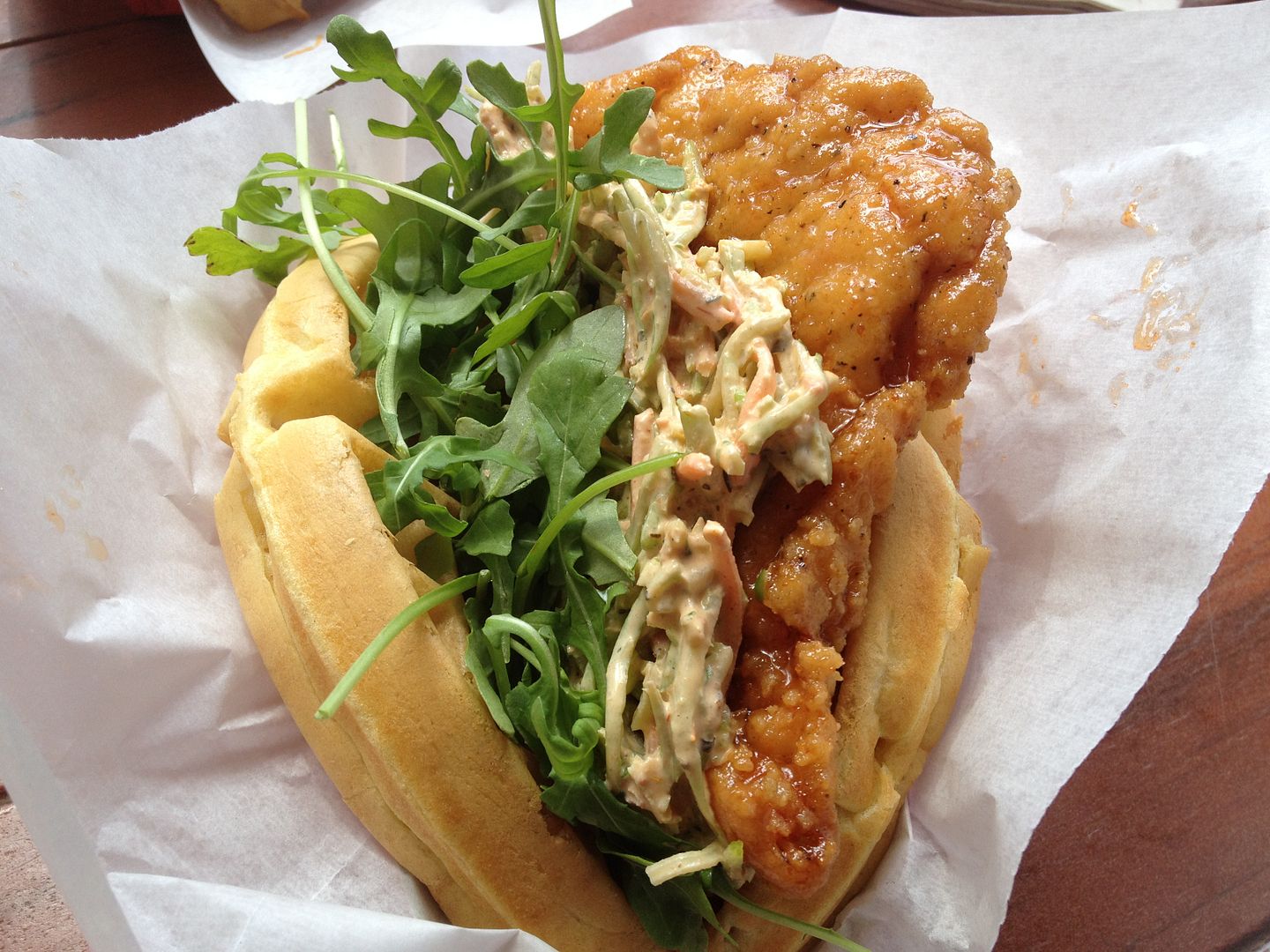 The Sweet and Spicy Waffle Sandwich with arugula and slaw ($6.99)

The Ham, Prosciutto, and Swiss Sandwich with tomato and arugula ($6.99)