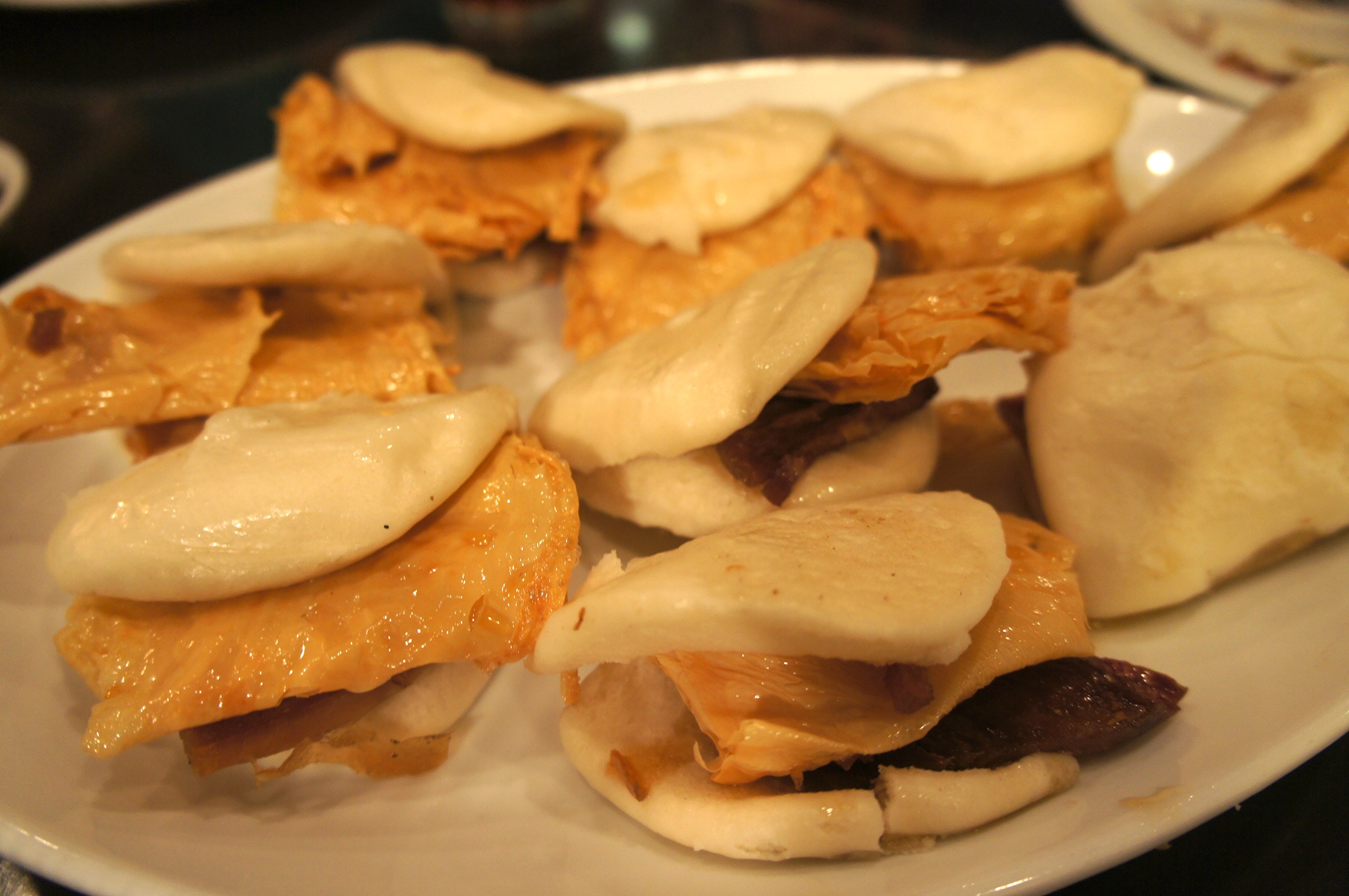 Don’t let the name mislead you. This is not your typical to go Chinese take out joint, but rather a nice little family-owned restaurant with authentic Chinese food made to order. The decor inside, rather than your typical Spartan fittings, has nice furnishings and a small wine list, perfect for a sit down meal.

I first heard about Magic Wok from fellow foodblogger TravelerFoodie.com, where he went and tried among other things, stinky tofu.

I was intrigued. The first time I had stinky tofu was at a street stall in Hong Kong. The stench was undeniable and reached as far as three blocks away.

Magic Wok specializes in both traditional Shaghainese and Americanized Chinese food with a variety of vegetarian and healthy choices. Shanghainese cuisine is often thought of as the youngest of Chinese regional cuisines, with elements of Cantonese, Szechuan, and Peking style foods. I didn’t end up ordering stinky tofu on my visit (mostly due to my lack of ability to translate the “Chinese” menu), but there were plenty of other great items listed in the traditional “English” menu.

Dim sum is most known for being from the southern, coastal region of Guangzhou and Hong Kong, though there are variations of the brunch menu in Shanghai and other cities. The small Shanghainese dim sum menu here features steamed pork buns (similar to soup dumplings, but without soup), honey ham and bean curd skin in a steamed bun, and steamed fish dumplings, among other items not found at most other dim sum places, which trend more towards the Cantonese variety. I enjoyed the steamed pork buns, but would have enjoyed it more if there were soup. Its looks deceived me. The honey ham and bean curd skin bun was delish. The sweet honey ham with crispy bean curd skin in a soft bun, provided a nice contrast in textures and sweet and salty tastes.

The restaurant is owned and operated by a mom and pop (Nina and George) for over 20 years here in Central Florida and have been known for their kindness and friendliness. Because there are literally only two people who work here, the meals may take a while longer to come out, especially if there is a large order, but it’s worth the wait.

Steamed pork buns – not the soup dumplings variety – but close.

Roast duck, not the Peking variety, is rather standard. Order ahead if you want the crispy Peking style Duck to allow the kitchen time to prepare.

Fried anchovy and nuts dish – typically an appetizer or snack

Shanghai style sweet and sour ribs, a hit with our dining companions