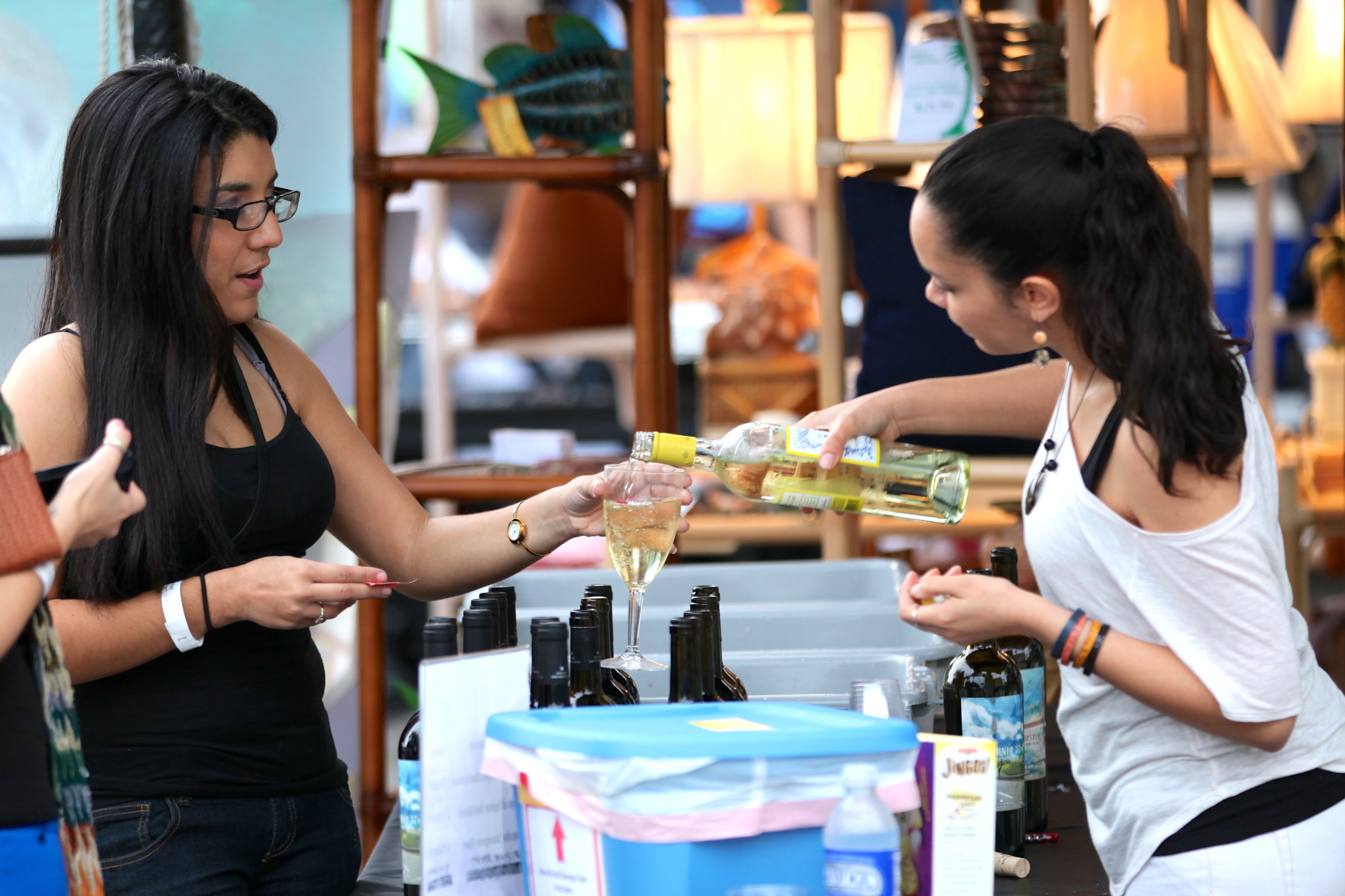 Produced by MIX 105.1, 1059 SUNNY FM, and 102 JAMZ in partnership with the Florida Restaurant & Lodging Association

Located in the heart of downtown Orlando at Lake Eola on Robinson Street, the two-day Fest features mouthwatering dishes from 40 of Orlando’s premier restaurants, domestic and international wines, and live entertainment.

Live Entertainment*
* Appearances and entertainment subject to change without notice.
Performance times to be posted on www.DowntownFoodandWineFest.com. 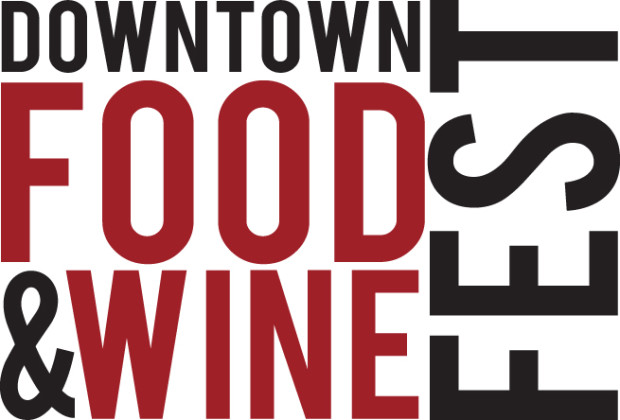 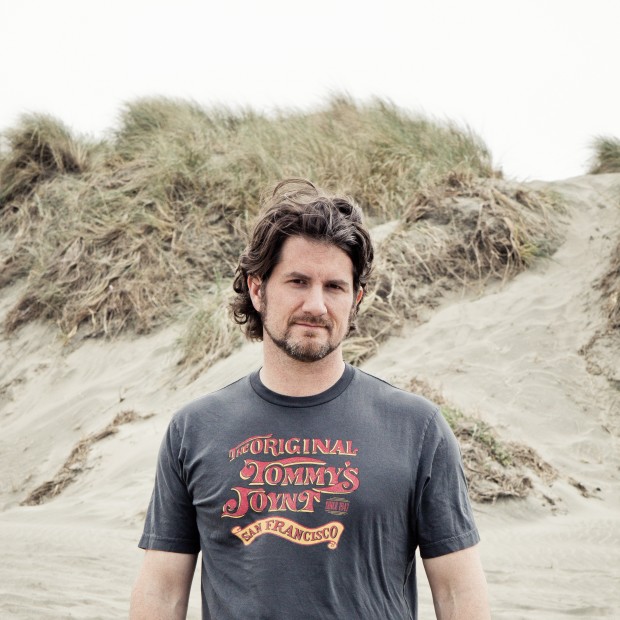 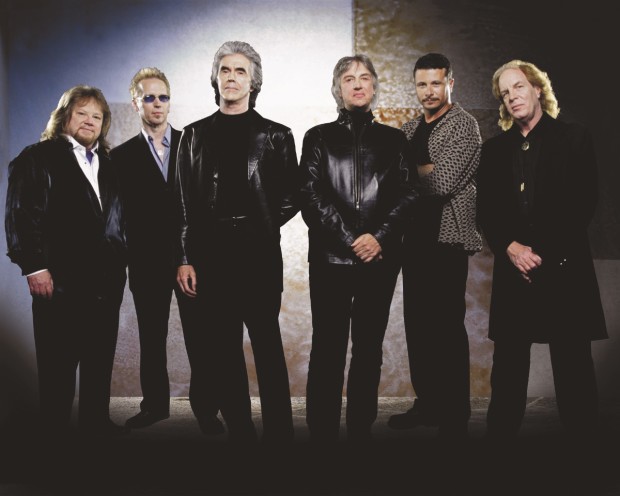 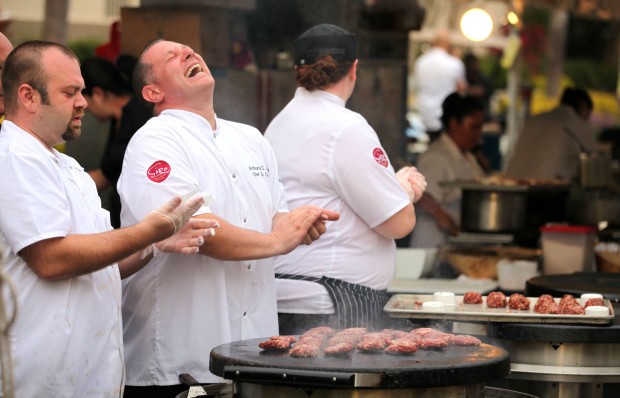 For all-weekend Fest fans, a new, two-day ticket is available for $20 per person with advance online purchase.

The Fest is presented and produced by CBS RADIO Orlando, led by Orlando favorites MIX 105.1, 1059 SUNNY FM, and 102 JAMZ in partnership with the Florida Restaurant & Lodging Association. Located in the heart of downtown Orlando at Lake Eola on Robinson Street, the two-day Fest features mouth-watering dishes from 40 of Orlando’s premier restaurants, domestic and international wines, and live entertainment.

A portion of the proceeds benefit the FRLA Educational Foundation and Children’s Home Society of Florida.

The Ultimate Fest Experience
The Ultimate Fest Experience ticket is $100 per person, per day and includes parking, $40 in food and beverage tickets, access to the private Cadillac pavilion with crudités and premium wine selections, a commemorative wine glass, and additional Fest perks and privileges. A limited number of VIP tickets are available with advance online purchase.

Wine Tasters Club
A limited number of Wine Tasters Club passes will be available for purchase for $15 per person at the Fest. Club members will enjoy up to five 2 oz. pours of their choice throughout the Fest and a souvenir lanyard.

VIP Bottle Service at The Liquid Lounge
VIP Bottle Service at The Liquid Lounge hosted by Team Market Group will be the place to remix, relax, and refresh during the Fest on Broadway Street. Featuring beer, wine, and specialty drinks for purchase, guests will meet and mingle with 102 JAMZ Freaken Weekend On-air Mixers in a sleek and swanky atmosphere to enjoy remixes of today’s hottest hit music while relaxing in a South Beach-style setting.

Forty top restaurants are scheduled to present culinary tastings including the return of the 2013 Foodie Award winners as honored by a panel of Orlando elected officials, food writers and reporters, and celebrity chefs.

Best of the Fest (Patrons got into the act, texting in their votes for their overall favorite restaurant)
The Pub

About CBS RADIO
CBS RADIO is one of the largest major-market broadcast media operators in the United States and the undisputed leader in news and sports radio. Producing original audio and video content, live events and exclusive programming broadcast via on-air, online and mobile platforms, CBS RADIO reaches more than 72 million consumers nationwide each week. As a part of CBS Corporation, the division owns and operates 126 radio stations in 27 markets – including the top 10 as ranked by Nielsen Audio – as well as an extensive array of digital assets. CBS RADIO distributes its programming via AM, FM and HD Radio stations, Radio.com and CBS Local Digital Media apps, making engaging with audiences easier than ever before. For more information, please visit www.cbsradio.com.

About Florida Restaurant & Lodging Association
The Florida Restaurant & Lodging Association is among the most influential trade associations in Florida. The association was established in 1946 to represent the restaurant industry. Since that time, the scope of FRLA’s representation has expanded to include the entire hospitality industry including lodging establishments, restaurants and thousands of suppliers to the industry. The association counts among its members some of the largest businesses in each of these categories. The mission of FRLA is to Protect, Educate, and Promote the hospitality industry. The power and influence of FRLA is indisputable with a legislative track record to back it up. Led by CEO Carol Dover and an active Board of Directors, FRLA has been effective in influencing legislation that has saved the industry $1.2 billion in taxes and fees over the past 10 years. For more information, go to www.FRLA.org.

ANSWER THE QUESTION BELOW IN THE COMMENTS SECTION –
1. What is your favorite restaurant in all of Orlando and why?