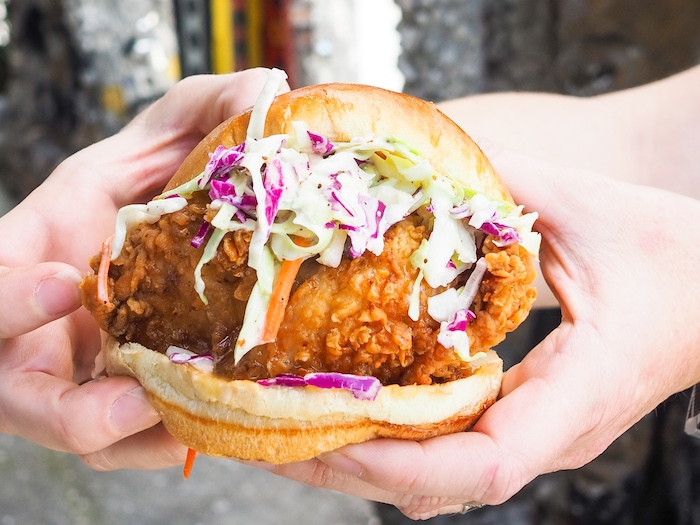 The House of Blues at Disney Springs overflows with art – from the decor to the music to the food. The restaurant itself is surrounded by touches of eclectic, contemporary and traditional southern art, especially folk art. Looking around, you could feel the soul and heart that was put into each piece of art adorning its walls. 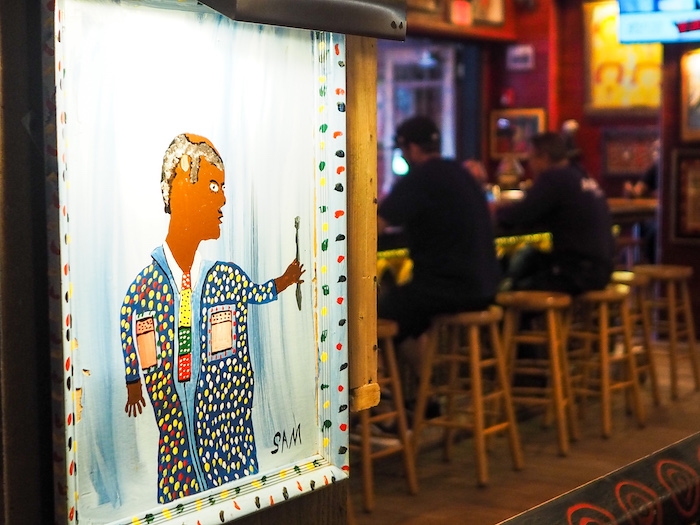 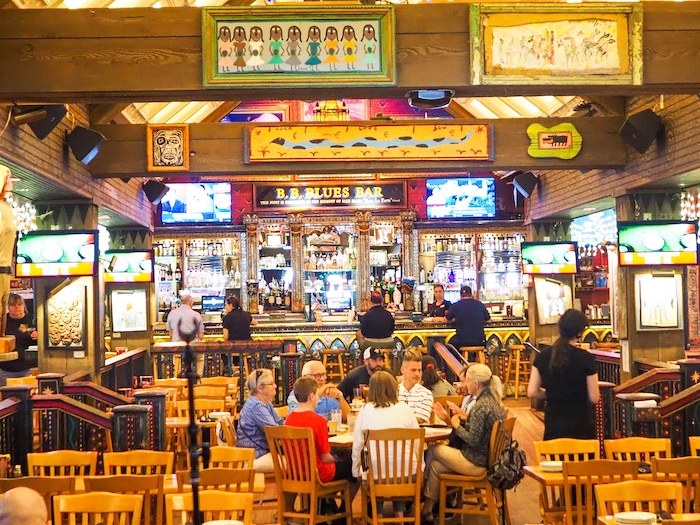 The very first House of Blues opened its doors in a converted historical house in Cambridge, Massachusetts in 1992 and is home to live music, original folk art, and delta-inspired cuisine. 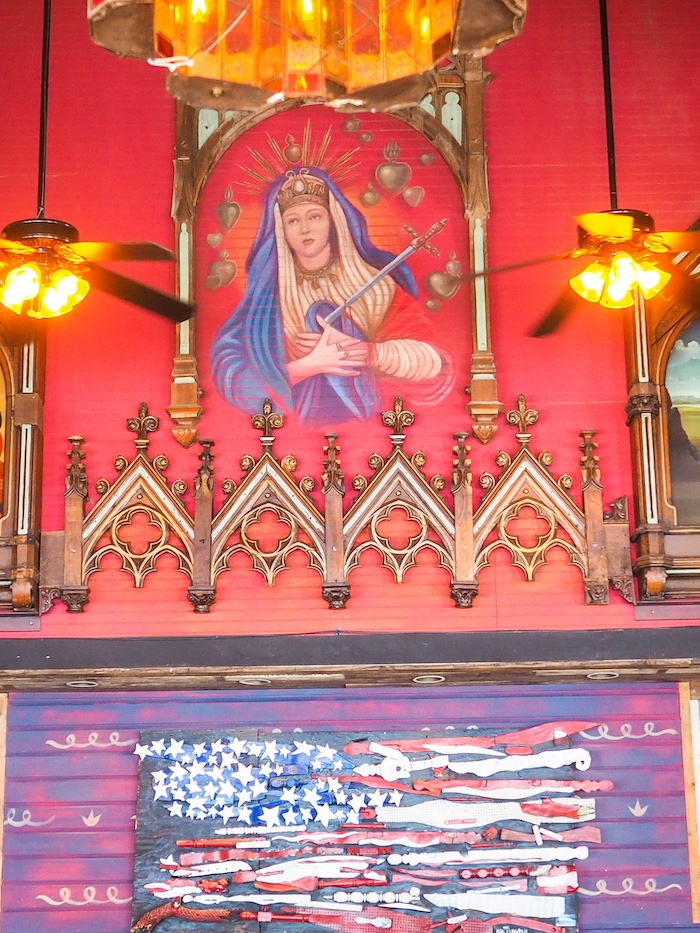 The House of Blues grew out of founder Isaac Tigrett’s love for the unique American art form known as the “the Blues” – the founder aimed to introduce the world to the music of the rural south, including the Blues, Rhythm and Blues, Gospel, Jazz and Roots-based Rock & Roll. 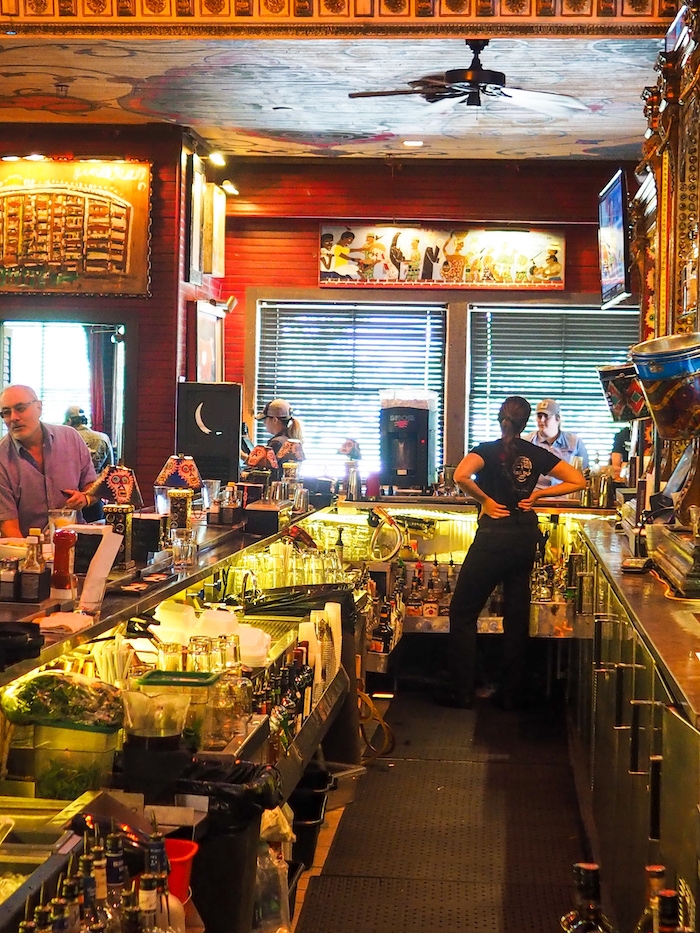 Canadian comic actor Dan Aykroyd (Saturday Night Live, Ghostbusters, Blues Brothers 2000) is a co-owner of House of Blues, and can sometimes be found on the building premises enjoying a meal or perusing the merchandise shop, if you look closely enough. 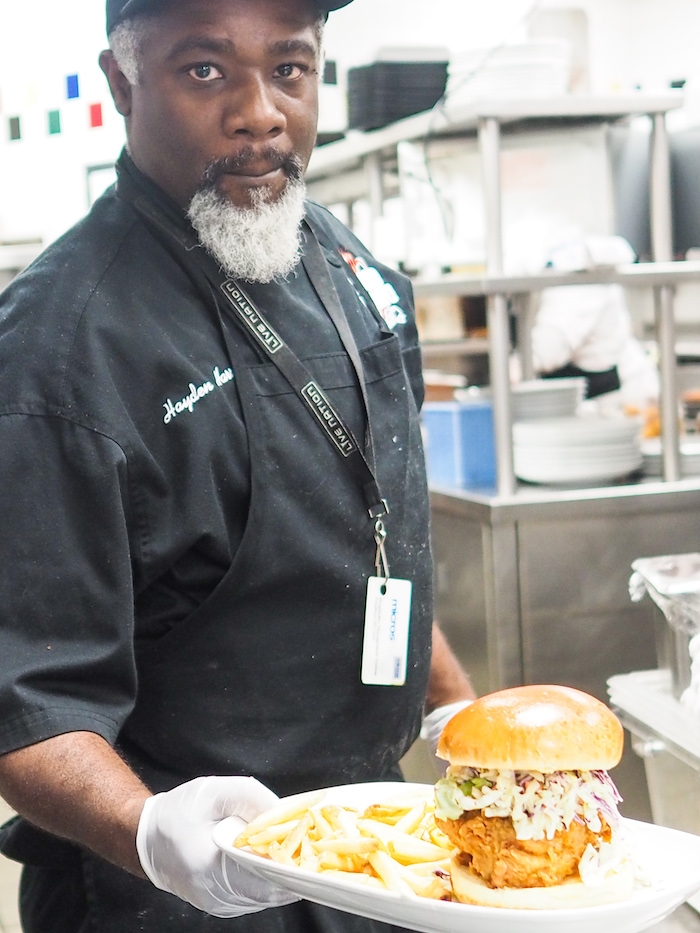 We were excited to have the opportunity to try some of these new dishes as well as some classic crowd favorites. 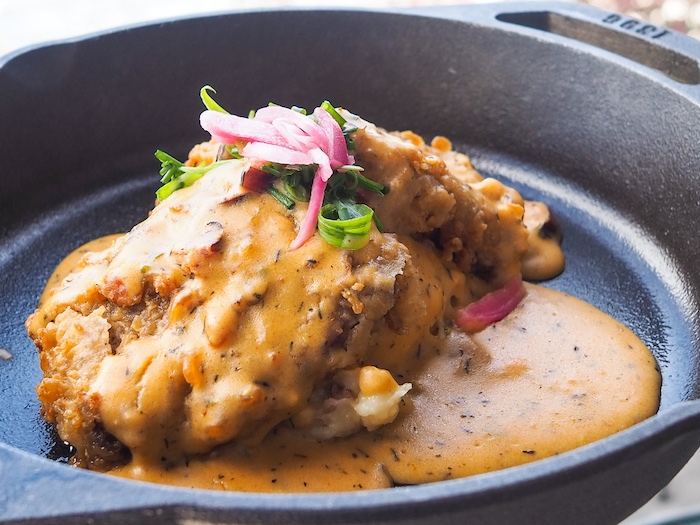 Country Fried Steak – I enjoyed the hint of peppery spice from this dish, a crispy fried USDA Prime flat iron steak, swimming in a sauce of andouille country gravy, and a nice heaping of roasted garlic mashed potatoes, herb salad 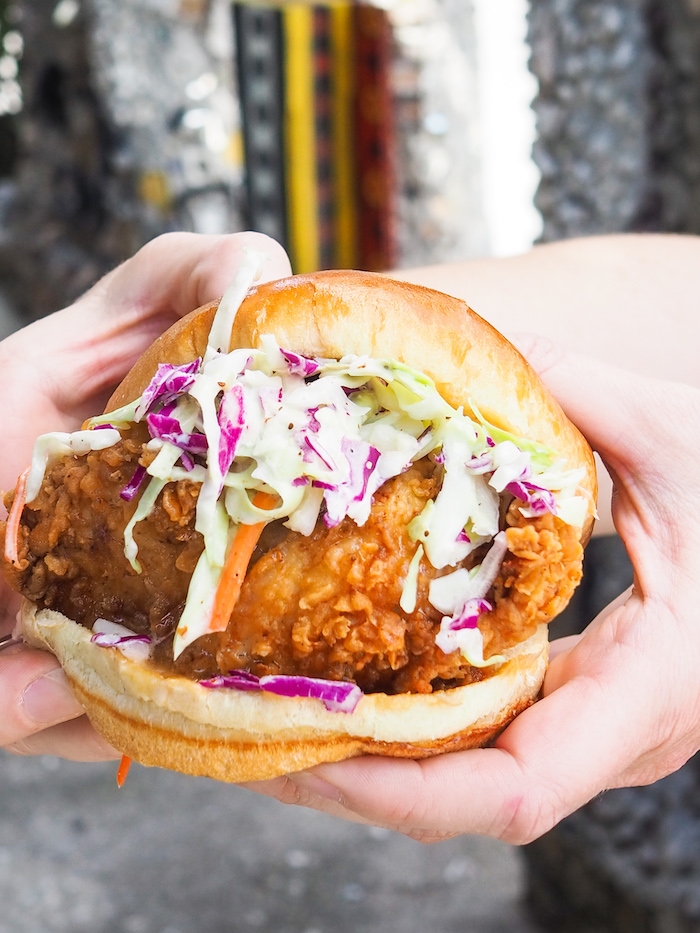 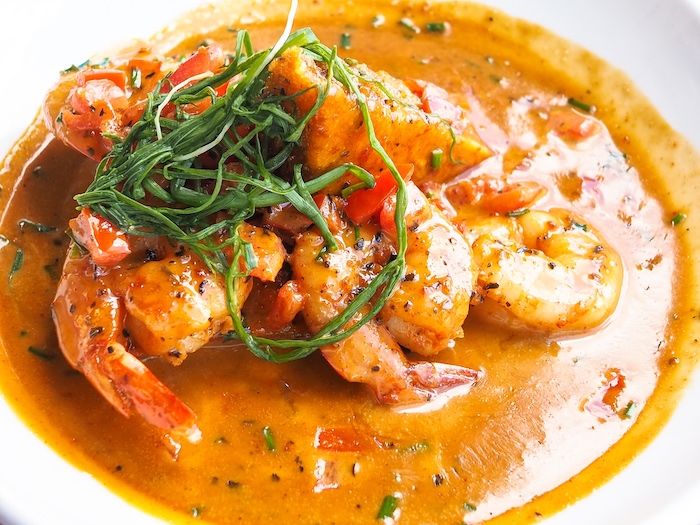 Voodoo Shrimp – You can really taste the New Orleans creole roots of this dish, a sautéed shrimp in a spicy, flavorful, deep Abita Amber beer reduction sauce served over jalapeño-cheese cornbread. It reminds me of a dish I had at Brennan’s in New Orlean’s French Quarter. 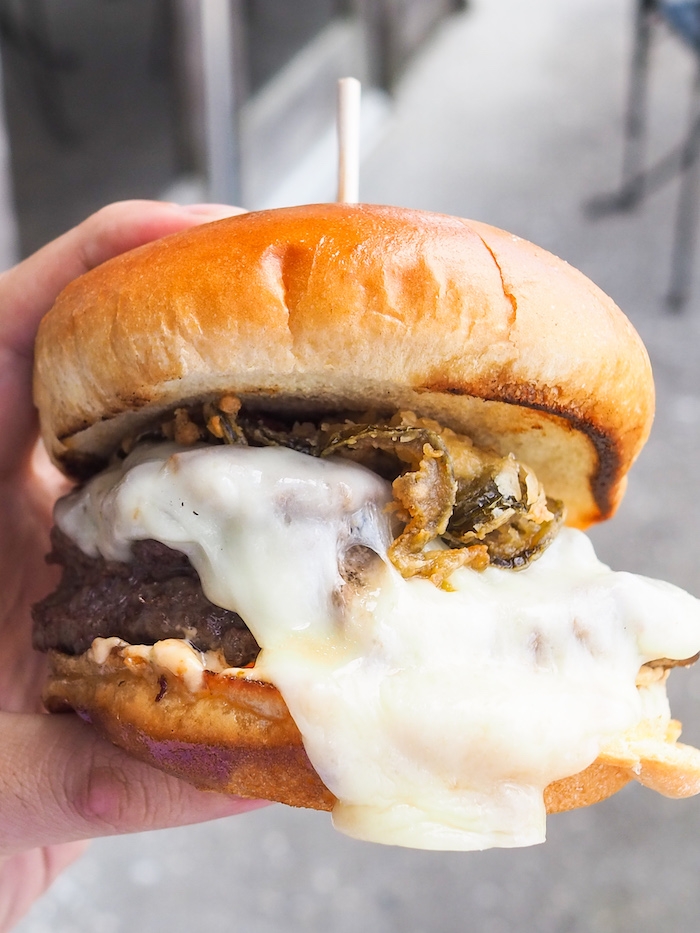 Juicy Lucy – The cheesey hamburger made with a beef-and-bacon grind patty stuffed with provolone cheese and topped with crispy jalapeños, roasted tomatoes, and chipotle mayo 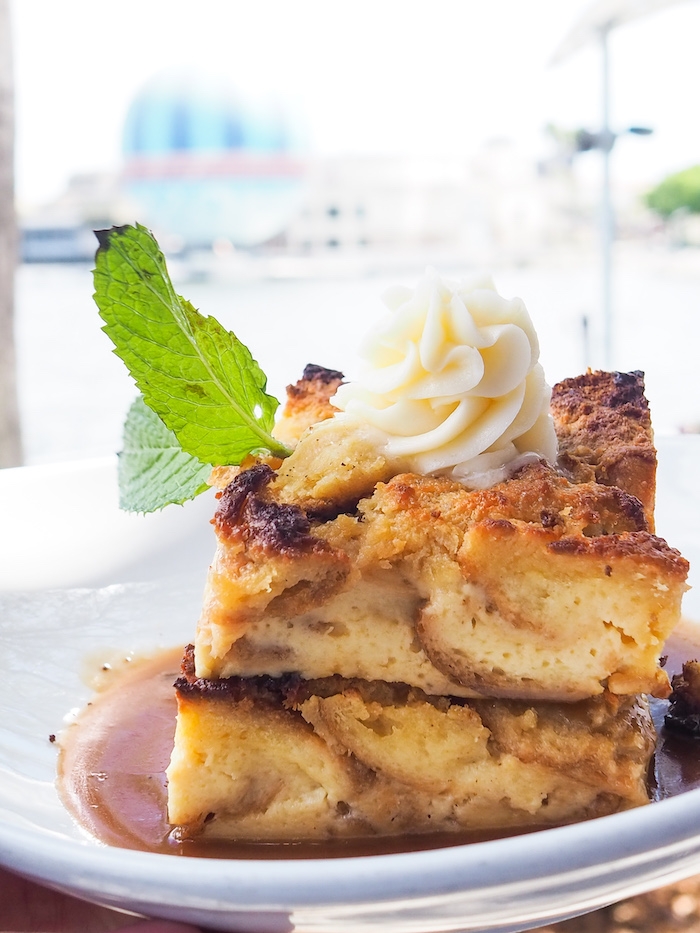 Bourbon Bread Pudding – a taste of heaven on a plate – this bread pudding has hints of cinnamon, nutmeg, sugar, and that sweet sweet butter. Fluffy and intoxicating.

Full List of New House of Blues Dishes and Drinks:

“We are excited for guests to try our new menu, and we are truly proud of the work that the House of Blues’ executive culinary team put into each item,” said Jason Petrina, General Manager, House of Blues Orlando. “Our very talented team methodically crafted a selection of made-from-scratch dishes that stay true to the menu’s signature flavor profiles, while introducing both new and familiar ingredients that complement favorites. We are confident that this new menu will be an instant hit!”

A Foodie’s Guide to Celebrating Mardi Gras and a Taste of...