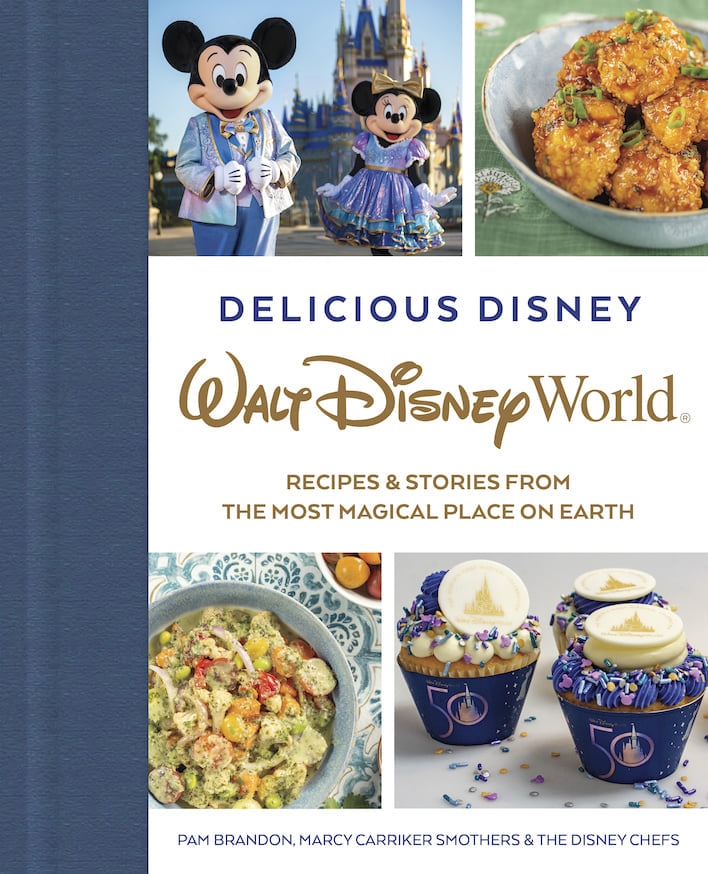 Walt Disney World honors its fiftieth anniversary with “The World’s Most Magical Celebration,” an 18-month event that began on October 1, 2021. As part of the festivities, the new cookbook, Delicious Disney: Walt Disney World by authors Pam Brandon and Marcy Corriker Smothers brings an inside look at the Florida resort’s culinary past, present, and future – all organically woven around diverse recipes from the Disney Chefs and fit for home chefs of varying skill levels. 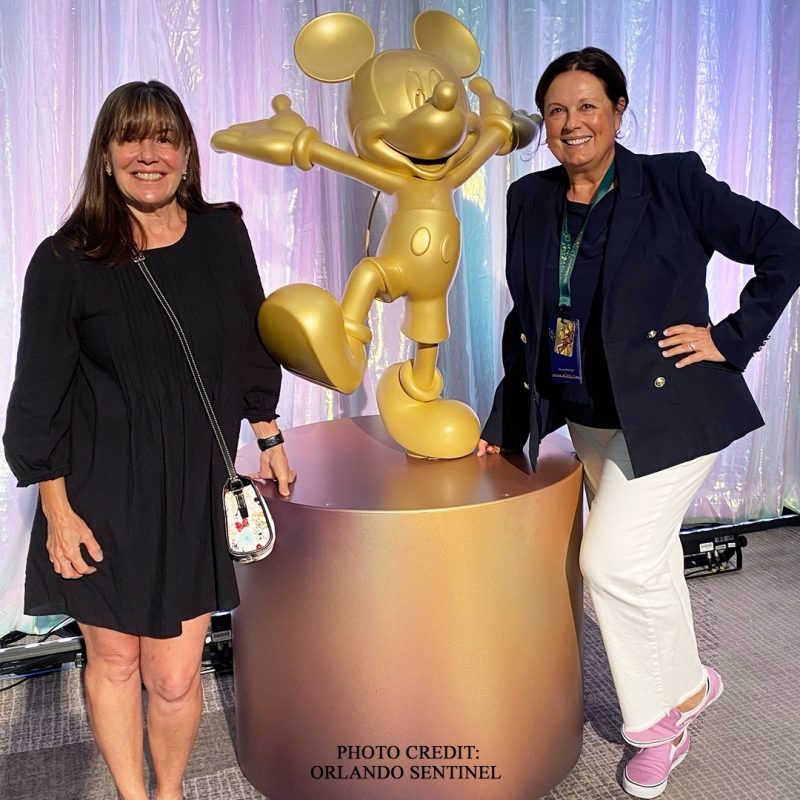 Including an assortment of appetizers, main courses, sides, desserts, and even joyful libations, these dishes come from fine-dining and quick-service establishments across the resort.

Sample recipes in the book include:

Co-author Pam Brandon started her Disney career as a senior publicist with Walt Disney World Press & Publicity in 1987 in a small office upstairs in City Hall in the Magic Kingdom. She has worked on public relations food and beverage projects for Disney parks around the globe for more than thirty years, including the openings of Disneyland Paris; Disney California Adventure; Aulani, A Disney Resort & Spa; and Shanghai Disney Resort. In addition, Brandon was a contributing editor to the Birnbaum’s Disney guidebooks for more than ten years, covering the Walt Disney World Resort, Disneyland Resort, and Disney Cruise Line ships. She was the first food writer for the Disney Parks Blog and has authored twenty-one cookbooks for Disney.

Tasty Chomps: What are some surprises readers might find in the new book, Delicious Disney?

Pam Brandon: This is the first cookbook where we weave culinary history and stories with the recipes. An earlier cookbook with “recipes from the vault” included vintage photos and recipes, but this one really shines thanks to my co-author Marcy Carriker Smothers, who added lots of fun history, and our editor Jennifer Eastman, who did fantastic research on photos and original renderings. I especially love the gorgeous watercolors by artist Dorothea Redmond, like the one of King Stefan’s Banquet Hall that she created in 1969, and the World Showcase dining concepts that she painted in the late 1970s. They add a real beauty to the book. And I think Disney fans will love the “Gone But Not Forgotten” chapter that includes recipes from restaurants that are gone, like the Au Gratin Potatoes from the Empress Lilly, the French Fried Ice Cream from the former Golf Resort and the Clam Dip from Captain Jack’s at the old Lake Buena Vista Village.

Looking back over the years, what are some seminal / breakthrough foodie moments at Disney World that you remember most?

I started as a senior publicist for Walt Disney World in 1987, so I’ve been so fortunate to be a first-hand participant in so many amazing moments. I think the World Showcase restaurants were a big leap, with chefs like Chef Paul Bocuse (Chefs de France was his first restaurant in America!), Chef Gaston Lenotre and Chef Roger Verge at Chefs de France – they often visited and we hosted some amazing media lunches with three of the most famous chefs in the world. The Debler family, who own a fabulous restaurant in Mexico City opened the San Angel Inn in the Mexico pavilion.

The original Alfredo’s made authentic fettuccine and other fresh pasta in the window at the Italy pavilion. This was the early 1980s, long before the Food Network or Orlando’s food evolution. Then there were fun moments, like the (short-lived) Handwich debut in the Magic Kingdom in 1987, and big moments like the early Epcot International Food & Wine Festivals in the 1990s when I got to meet Julia Child, Nobu and other greats.

But the biggest breakthrough moment was the opening of California Grill in 1995, which truly started an evolution in fine dining at Disney. That led to amazing dinners with the Disney chefs at the James Beard House in NYC as we put Disney on the culinary map.

Who are some of the biggest culinary people that you recall through your time working on this book and your time at Disney and how have they impacted you?

Dieter Hannig had the greatest impact on Disney Food & Beverage; he ran the team in the mid ‘90s and introduced California Grill and ground-breaking concepts like Jiko at Disney’s Animal Kingdom Lodge with African-Indian cuisine.

He was my greatest teacher about storytelling with food and architecture. The Disney chefs (too many to mention) are some of the most humble culinary superstars on the planet, as they don’t often get individual recognition. But I did my best to uplift them for many years as a publicist, and we shared so many fun, memorable moments with every restaurant opening.

How has the philosophy of food and beverage transformed, evolved, revolutionized over the past 5 decades?

Even on opening day of the Magic Kingdom in 1971, “eatertainment” was important as restaurants were themed with food, costuming and design., imagine stepping into King Stefan’s Banquet Hall in Cinderella Castle on opening day!

So while that concept has evolved, it’s the very heart of Disney. And fine dining has been part of Disney since the Empress Room on the Empress Lilly. I think the most dramatic change has been in the absolute attention to detail with menus for dietary needs, from common food allergies to low-carb, low-sodium and plant-based options.

What are some of your favorite recipes in the book and why?

I tested so many of the recipes during the pandemic shutdown, so I have a lot of favorites: the Gobi Manchurian from Tiffins, the Shrimp with Feta from Citricos, the Hoop-Dee-Doo Fried Chicken (first time in a cookbook), the simple Pan Con Tomate from Toledo, the Hoisin Chili Sticky Ribs from Morimoto, the Gambas Al Ajillo from Jaleo . . . OK, I’ll stop.

What do you think food and beverage at Disney will look like in the next 5, 10 years?

I don’t have a crystal ball, but I can imagine exciting new ways to dine after Space 220’s recent debut. And there’s still lots of fun dishes rolling out over the next year for the 50th anniversary celebration. The ideas are flying! 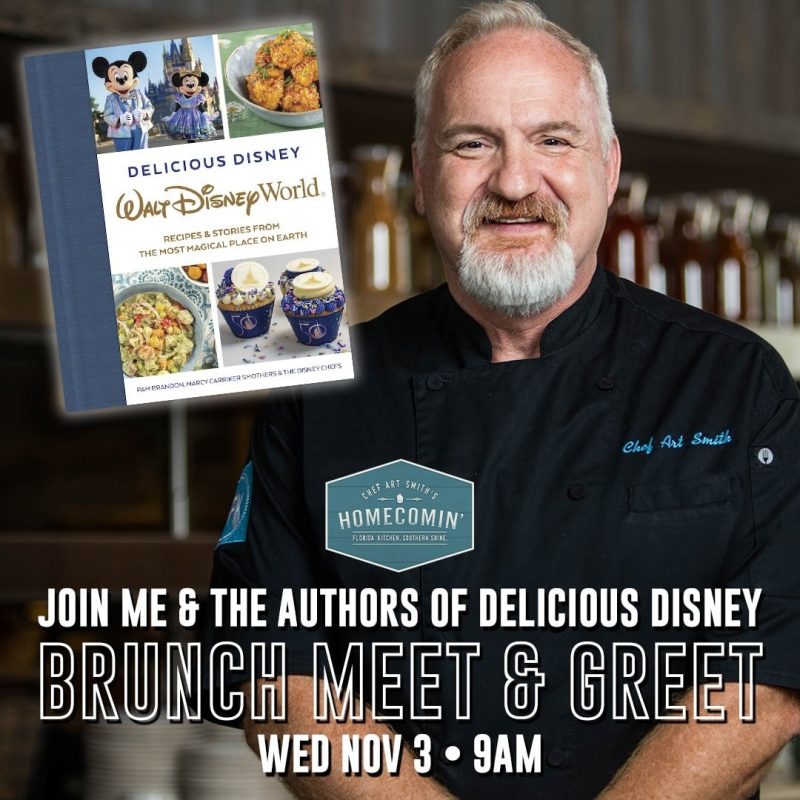 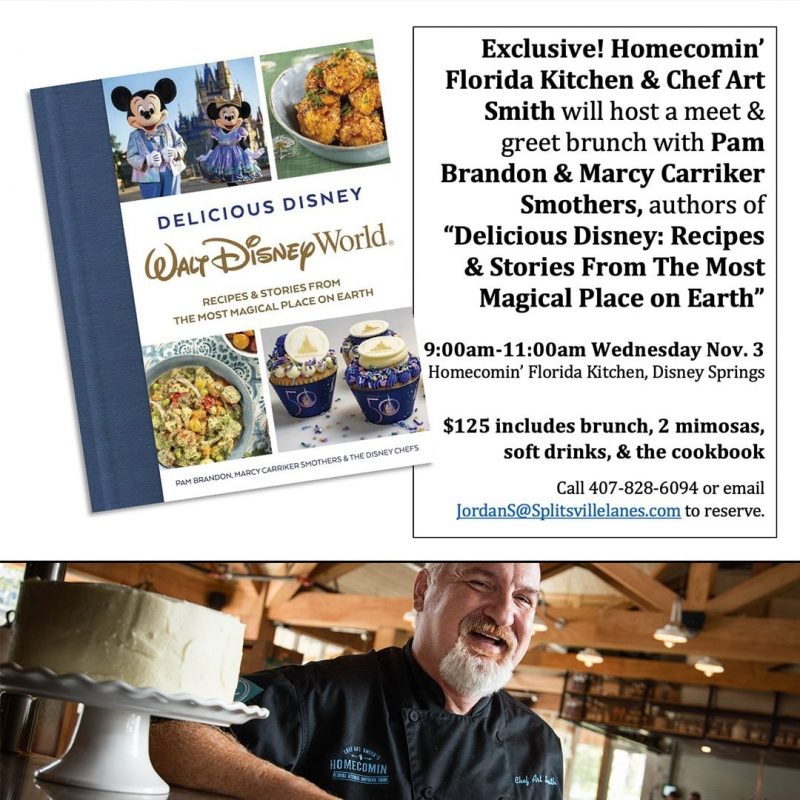